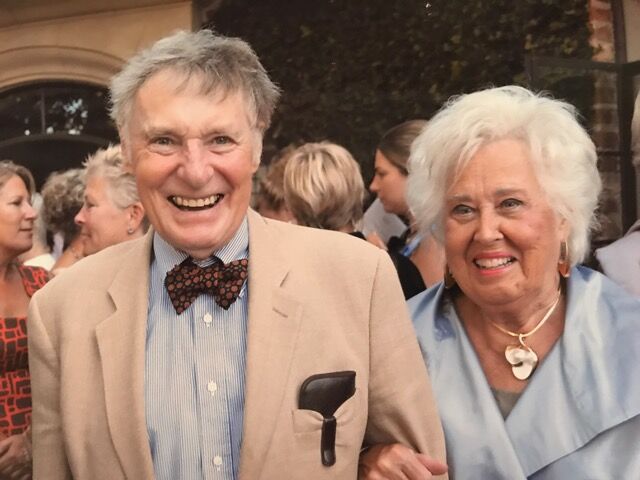 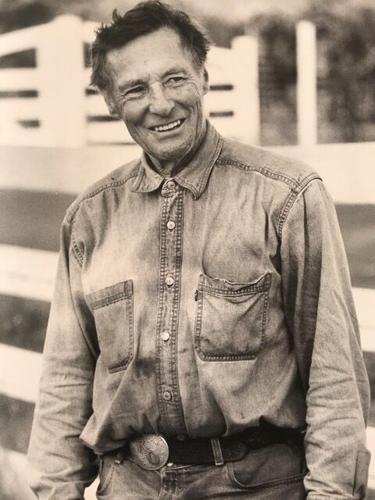 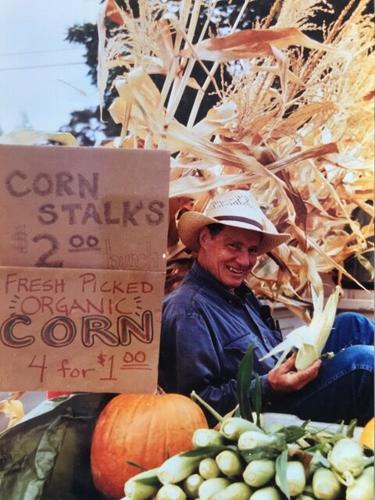 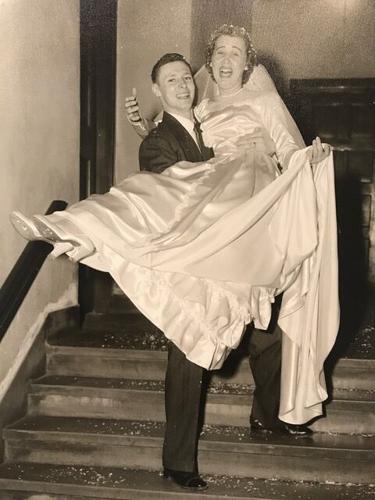 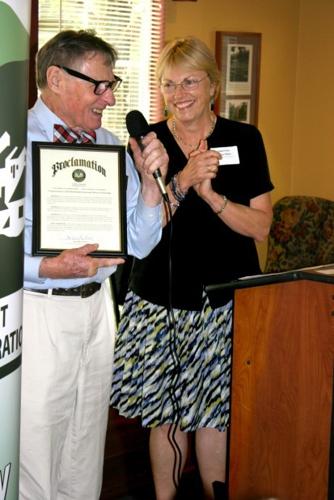 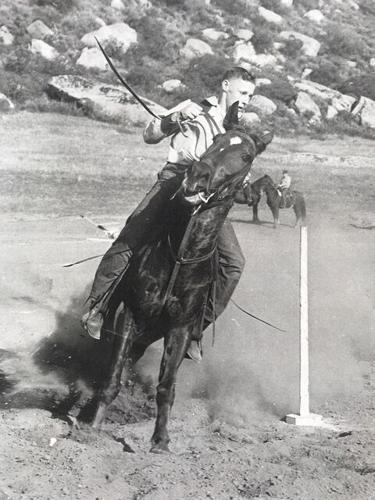 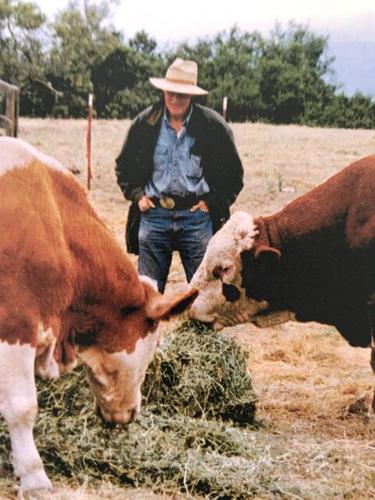 Garden died less than three weeks after he and his wife Nancy celebrated their 70th wedding anniversary on Dec. 28.

The Gardens opened the White Barn, one of the Napa Valley’s most distinctive musical and theatrical venues, in an 1872 carriage house on their property at the end of Sulphur Springs Avenue outside St. Helena. The nonprofit White Barn became known for putting on eclectic performances, blending music, poetry, theater and art, and donating its proceeds to local charities.

Nancy, who retired in 2015, was the White Barn’s artistic director, but David and the rest of the Garden family were actively involved in the operation.

David Garden was the driving force behind the 80-unit Stonebridge Apartments, a well-manicured, lushly landscaped apartment complex that’s considered the gold standard of affordable housing in St. Helena. Garden sold the land to EAH Housing, the nonprofit that operates the property, at a deep discount in the early 1990s.

David Cummings, who served on the Stonebridge board, remembered Garden as “a generous spirit” who was determined to create affordable housing. Garden’s 20-acre property also became home to the Napa Valley College Upper Valley Campus — now set to become St. Helena's next City Hall — and the city-owned Wappo Park.

During a 2012 event in which Stonebridge’s community room was named after him, Garden said he was guided by the Golden Rule.

“The philosophy of caring for your neighbor is number one,” Garden said.

Raymond Monroy Sr., who was believed to be the oldest World War II veteran in the U.S., died Jan. 7 at his St. Helena home at the age of 110.

“I am saddened to learn of the passing of David Garden,” Rep. Mike Thompson, D-St. Helena, said in a statement. “David was an important part of our community, a passionate advocate for housing and education, and worked to promote the arts at his White Barn. He was truly a great guy and I considered him a friend. My thoughts and prayers are with his family and friends during this sad time.”

From the White Barn to Stonebridge

In 1972 Garden left a career in metallurgical engineering in Pittsburgh and moved west to take care of his mother at Rancho Otranto, the family property on Sulphur Springs Avenue.

He and Nancy fixed up the carriage house, which had fallen into disrepair, in hopes of using it as a playhouse for their kids, they told the St. Helena Historical Society in a 2014 oral history in which they also recalled growing corn and raising cattle.

The idea of turning the carriage house into a performance venue evolved over time until the White Barn opened in 1985.

With that project behind him, Garden wanted to build housing on his property off Pope Street near the Napa River. But he didn’t want to sell it to a developer for profit. He envisioned affordable housing for local workers.

“He preferred to do it pretty much on his own,” Cummings remembered. “But he found out affordable housing was so complicated he needed to work with an organization … so he joined up with EAH to execute it.”

“David sold the land at minimal cost,” said Loraine Stuart, who also served on the Stonebridge board. “Had he held onto it he could have sold it to a (for-profit) developer for a lot more.”

A well and a bridge

Garden said he spent five years trying to develop the property. He installed a 48-inch storm drain and drilled a well, looking to head off concerns about water and drainage.

“And I said, OK, city, you can’t tell me we can’t have housing because here’s water for you now,” he told the historical society.

Now operated by the city, Garden’s well is a crucial component of St. Helena’s water supply.

Knowing an affordable housing project at the edge of town might be a hard sell, Garden approached Napa Valley College, which had been operating out of dilapidated trailers at Robert Louis Stevenson Middle School and was looking for property Upvalley.

“(Dave and Nancy) cared very deeply about affordable housing,” said Dan TerAvest, the college’s director of facilities at the time. “The deal was he would give us a good deal (on the land) if the college agreed to support the Stonebridge project. Then he could take the combined project to the City Council and get approval.”

The city eventually approved the package deal despite concerns about traffic, parking, drainage and other impacts. Stonebridge opened in 1993, followed by the Upper Valley Campus a year later. The remaining six acres eventually became Wappo Park, where the city opened a dog park in 2011.

During White Barn events Garden liked to sit in the back, wearing one of his signature bow ties and ceding the spotlight to Nancy, although he played an important behind-the-scenes role in the barn’s upkeep.

“He loved letting Nancy be the star,” Stuart said. “Nancy was the art and David was the building.”

The Gardens attended the St. Helena United Methodist Church. Pastor Burke Owens said David wasn’t necessarily a believer in Christian doctrine, “but he consistently acted the way a good follower of a benevolent and loving God would act in the world.”

“David was committed to serving the community — the church and the larger community,” Owens said. “He gave consistently and was always willing to get his hands dirty to help out.”

Owens said Garden had a strong sense of humor and enjoyed punning on words he’d found in the Bible.

Garden would also drop by friends’ houses on a horse-drawn carriage to take kids on impromptu hayrides.

Garden’s greatest legacy might be at Stonebridge, where dozens of families enjoy the rare opportunity to live in St. Helena for affordable rent.

“It would be wonderful if 30-plus years later another community-minded citizen offered a piece of property for work force housing,” Stuart said. “I know the city and Our Town St. Helena would work with them as St. Helena and NV Community Housing did so long ago.”

One dead in Napa County crash; driver arrested on suspicion of DUI

A pickup-truck crash Saturday north of St. Helena left the passenger dead and led to the driver's arrest on felony manslaughter and DUI allegations, CHP said.

Napa Police closed westbound traffic on a section of West Imola Avenue after a vehicle crash Sunday evening, and advised drivers to avoid the area.

Two Napa RV dwellers are trying to avoid becoming homeless. But finding a place to park is becoming harder and harder to find.

Napa County identified a San Diego County man who died in an Upvalley truck crash that led to the driver's arrest on felony manslaughter and DUI allegations.

Napa Sheriff's Office made an arrest in a beating case in which the suspect allegedly used racial slurs.

Plans to bring a paid parking program to dowtown Napa and the Oxbow District were met with unease at a recent community meeting.

The state has approved Napa County's plan designed to keep Napa Valley wells healthy. But the plan has critics.

The historic but long-dormant Aetna Springs resort is to be reborn as early as 2026, owners announced on Tuesday.

Vintners looking to stem sagging sales need to redouble efforts to appeal to a younger and more diverse audience, according to experts.