Virus in brief: Survivors donate blood as possible serum, and more to know today about steps to stop a pandemic

Death of Monticello was a 'heartbreaker'
13 comments
Share this
× 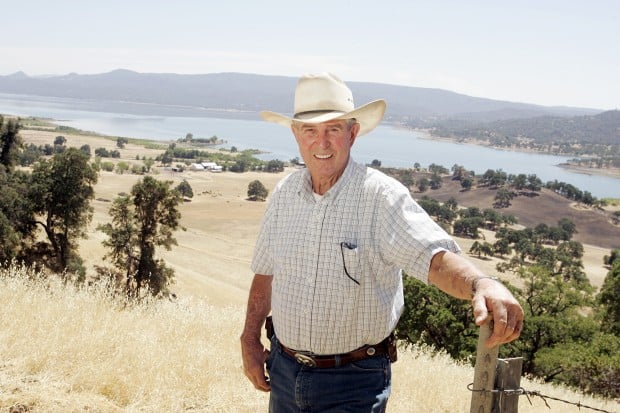 THURSDAY AUG. 2, 2012 LAKE BERRYESSA, CA - George Gamble's dad, along with several other cattle ranchers at the time, had to give up their land to the Bureau of Reclamation in order to make what is now Lake Berryessa. Jorgen Gulliksen/Register 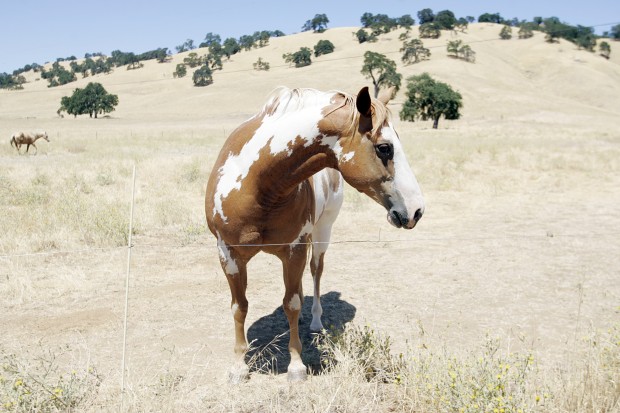 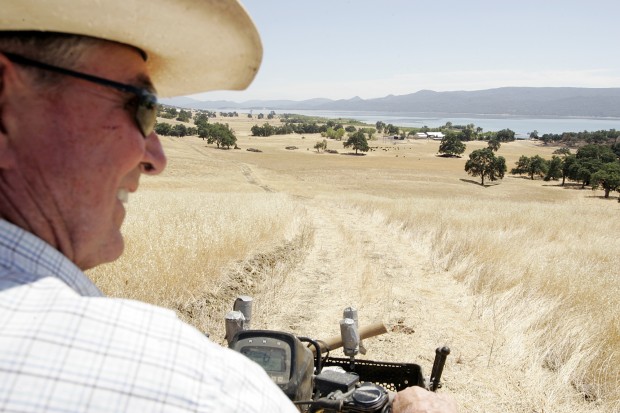 THURSDAY AUG. 2, 2012 LAKE BERRYESSA, CA - George Gamble still raises cattle at his ranch on the northeast end of Lake Berryessa, using a four-wheeler to get around and check on everything. Jorgen Gulliksen/Register

Out on the northeast end of Lake Berryessa, down a dirt road where cars can’t help but kick up dust, lives a link to a bygone chapter of Napa County history.

A Google map won’t help you find his home, but he’ll tell you where to go. Past the hill, it’s up ahead. And drive slow — dust clouds have a habit of going everywhere you wouldn’t want them.

George Gamble greets you at his doorstep, shirt tucked into a pair of denim jeans. Inside his rustic, wood-framed home that you’re sure was built by hand, he asks what you want to know.

“History,” you say, “the history of the Berryessa Valley.”

The valley, which once accounted for one-eighth of Napa County’s agricultural land, was flooded to create Lake Berryessa and provide water to Solano County. Gamble, 75, is a member of an aging group of men and women who knew the valley personally. He grew up visiting his dad’s ranches there before the valley was inundated in the 1950s.

His father strung together three ranches during the Great Depression — 9,000 acres total — when the land was cheap, provided you paid off the back taxes.

Back then, the valley floor was covered with family farms whose land titles could be traced to the Homestead Act of 1862 or, if you wanted to go back further, to a Spanish land grant. Lots of dry-farmed wheat and barley fields, with some orchards and grapevines mixed in, Gamble says. Ranching was mostly in the foothills.

All of that is gone now, flooded when the Bureau of Reclamation blocked Putah Creek with Monticello Dam, but Gamble remains.

Gamble and his brother, Launce, inherited 5,000 acres of ranchland on the east side of Lake Berryessa, where he now lives. Gamble leases out the ranch today, but he remains involved. If there’s a fence that needs repair, he’s sure to speak his mind.

Gamble likes it out here, and he has no plans of leaving. It’s quiet, he says, and he’s learned to live without a grocery store or doctor nearby. He conducts a census of his neighbors on the east side by counting the mailboxes — 13 in total, although some no longer live there and others are only part-time.

He has no love for the rest of the asphalt-swathed Bay Area.

“You can’t get me to San Francisco,” he says. “I just get so uptight. I can’t believe the way people drive.”

Of his rural lifestyle, Gamble says, “To me, it’s utopia. I couldn’t imagine living in the Napa Valley and having to commute an hour or two each way. It would just take the fun out of life. When you only have to commute a hundred feet or so, it’s pretty nice. This is just my way of life.”

His way of life was once shared by hundreds of others in the Berryessa Valley. Murray Clark, 79, was raised in the valley on his family’s property, located 5 miles north of the valley’s only town, Monticello, which had roughly 300 residents. His great-grandfather and great-grandmother moved west in a wagon in the 1860s and settled here.

“I guess they’d heard stories about the farming and how good the land was out here,” Clark said.

Clark’s grandfather gave each of his children a ranch as a wedding present, and he recalls a childhood of working on his family’s property. His mother worked as a maid in a mansion that burned down in the 1920s, he said.

“I remember all this stuff,” Clark said. “It was a great place to grow up.”

Gamble recalled an annual rodeo held among the valley’s ranch hands, and the sense of family the event fostered in the community. Huge slabs of meat were buried underground and hot coals were put on top to cook them, he remembers. The McKenzie General Store had a telephone switchboard that required you to plug in the line and crank it up to use it.

“Going back to when this was a rip-roaring valley, it was a lot different, obviously,” Gamble said. “It was a great feeling among family. Everybody was so friendly. To me, it was the last of the old West.”

The valley was also an agricultural jewel, with a diversity of loam soils whose depth and fertility rivaled Napa Valley’s, according to Napa County Agricultural Commissioner Dave Whitmer. The geologic uplift that produced Napa Valley’s world-famous wine region was at work in Berryessa Valley as well, Whitmer explained.

Indeed, the valleys share a similar natural history. Each was formed out of the Coast Range, with a main source of water flowing through its heart. In Napa Valley, that source is the Napa River; in Berryessa Valley, it was Putah Creek.

The main differences between the two are climate and the final destinations of their water supplies. Napa Valley opens to the San Pablo Bay and its vineyards benefit from that marine influence. From its source near Calistoga, the Napa River flows unencumbered to the bay.

Berryessa Valley is farther removed from the bay and is ringed by steep slopes on all sides, which gives it a hotter climate more comparable to the Central Valley. More significantly, Putah Creek pushes east through Devil’s Gate, a natural site for a dam.

It took millennia to make the Berryessa Valley landscape, but less than a decade for the Bureau of Reclamation to turn it into a lake.

Gamble recalls people moving out of the valley. Through eminent domain, the U.S. government took ownership of all the property in the valley and offered the residents money as restitution. Auctions were held in which people could buy and relocate some of the buildings. The home Gamble lives in today was acquired that way.

Gamble’s father had a 3,000-acre ranch on the valley floor, which he considered the centerpiece of his properties. Losing that “was a heartbreaker,” Gamble said. “My dad put in a lot of years in here. Then you’re told one day that ‘We want your land more than you do.’”

The cowboys and ranch hands picked up and left. Clark said his father struggled to leave the house he was born in.

“That was a pretty hard transition for him,” Clark said. “It was the only life he’d ever known.”

Clark left the valley angry in 1956 and went to work as a welder for Standard Oil in Richmond. He said he’s still angry about it.

“It was devastating,” Clark said. “We were really bitter about it. You hated the Bureau of Reclamation and anybody that had anything to do with it. I still hate them. I know that’s not right, but that’s the way it is.”

He said he’s come to rationalize the loss of Berryessa Valley.

“I’m sure that what was gained far exceeds what was lost, but we don’t see that at the time,” Clark said. “It’s always a resentment. You get over it, but you still resent it.”

As he’s gotten older, Clark said he’s realized the importance of preserving the history of Monticello and Berryessa Valley. A memorial is held annually among the old residents, but “it’s getting now where most of the ones that come are descendants,” Clark said.

When he dies, Clark knows where he’ll be buried — at the Monticello Cemetery, which once sat on the valley floor but was moved to Spanish Flat.

Out at Gamble’s house along that dusty road, the conversation has turned to broader themes. “What was here, before mankind, was a beautiful thing,” Gamble says. “It was balanced — nature was balanced. Along comes mankind, and they start taking advantage of what is here.

“It’s a shame that amount of good dirt has gone underwater,” Gamble adds. “It’s like everything in the Sacramento and San Joaquin valleys. They’re losing acres and acres every year under asphalt. One day we’re going to need every bit of farming land we can get.

“I don’t know what this world’s going to come to. I’m just tickled to death I’m living now rather than later.”

Tuesday in Part Three: An evolving vision for Lake Berryessa, and a tale of woe in the Berryessa Highlands

THURSDAY AUG. 2, 2012 LAKE BERRYESSA, CA - George Gamble's dad, along with several other cattle ranchers at the time, had to give up their land to the Bureau of Reclamation in order to make what is now Lake Berryessa. Jorgen Gulliksen/Register

THURSDAY AUG. 2, 2012 LAKE BERRYESSA, CA - George Gamble still raises cattle at his ranch on the northeast end of Lake Berryessa, using a four-wheeler to get around and check on everything. Jorgen Gulliksen/Register