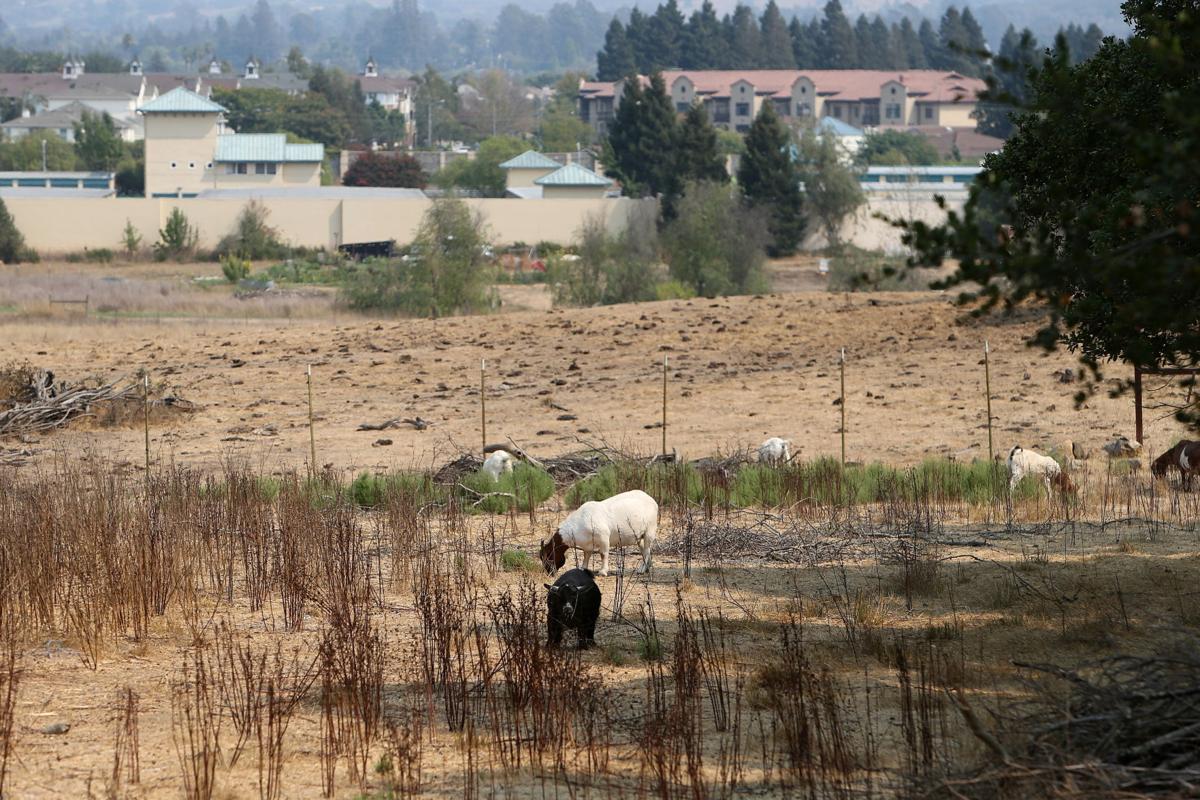 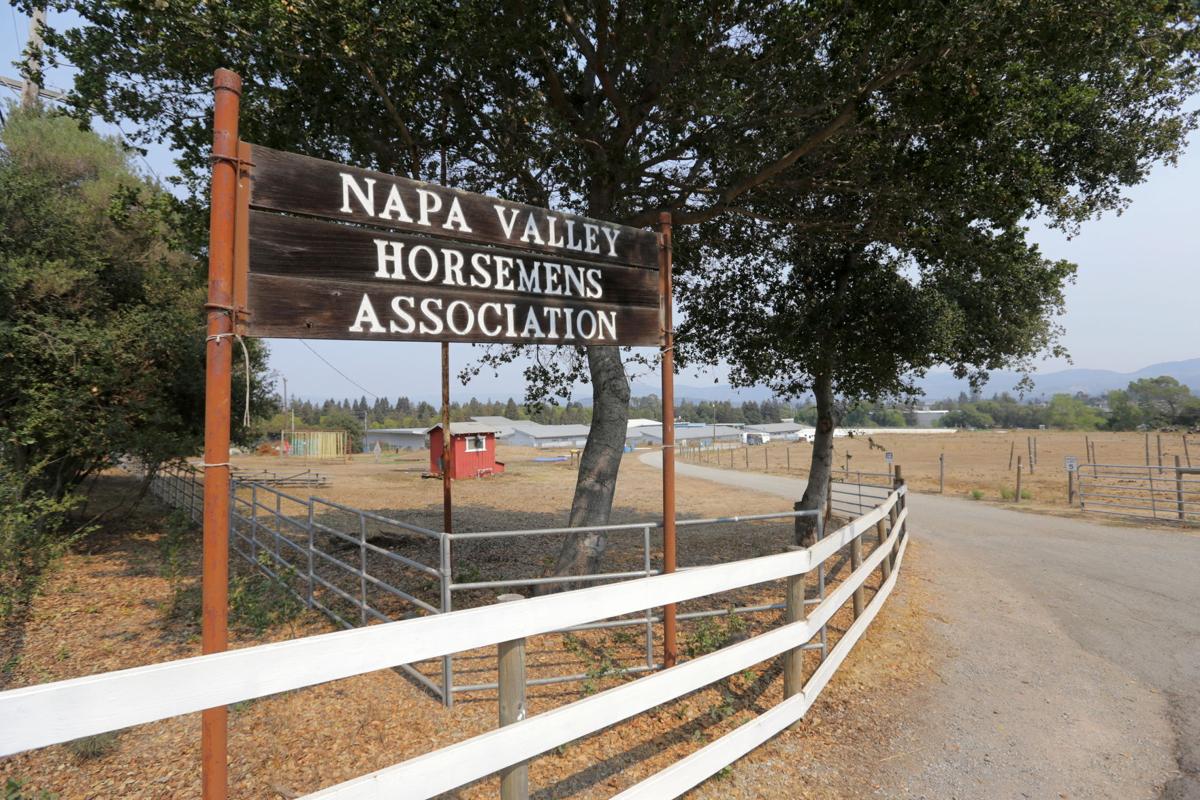 The Napa Valley Horsemen's Association compound is part of a largely undeveloped area of Foster Road in south Napa, where a draft city general plan has suggested a rezoning to allow more residential construction. 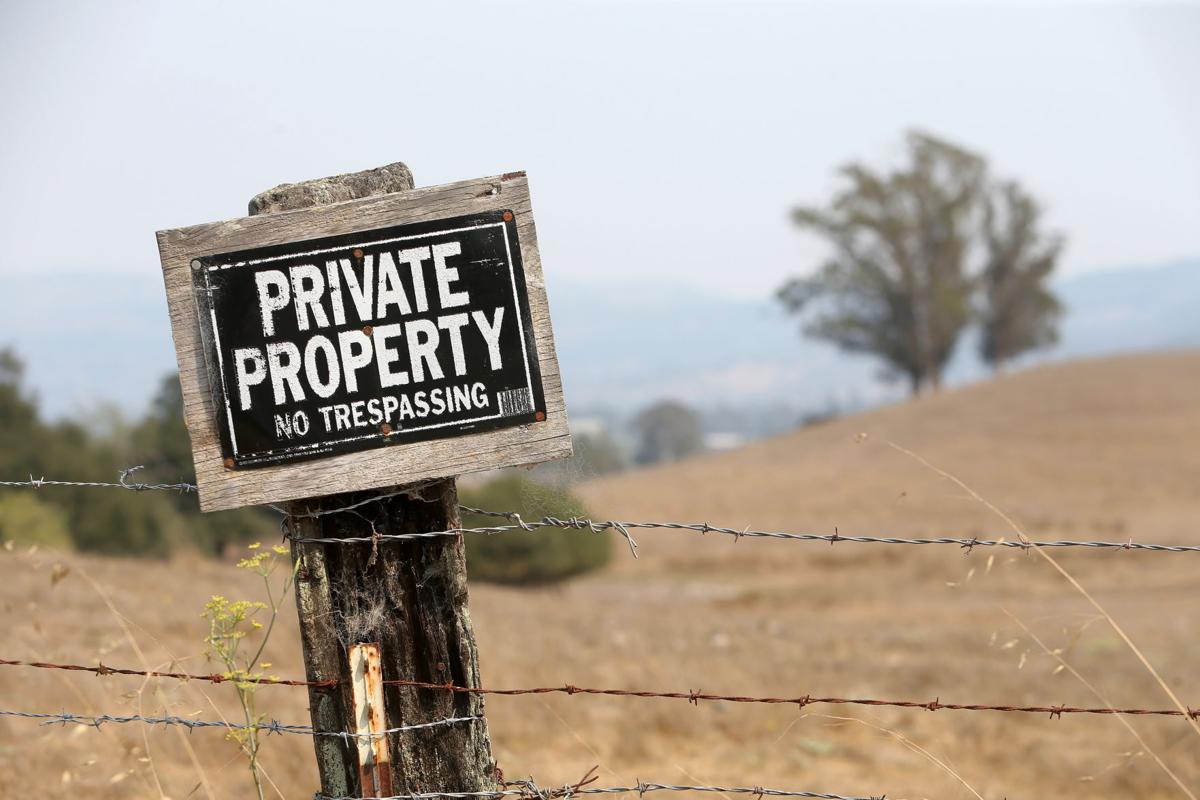 A tract of grassland east of Foster Road in south Napa, one of the largest remaining open spaces within the city, is the subject of a draft general plan that includes rezoning the area for denser home construction. Some residents have spoken out against a rezoning and called for the city to zone the area as a greenbelt, limiting new homes to one every 20 acres.

As Napa’s city land-use authority again grappled what shape growth and development should take for the next two decades, the debate is again returning to Foster Road – home to a stretch of open land west of Highway 29 where residents are seeking to block a rezoning that would ease home construction.

A draft version of Napa’s new general plan, which would govern the types, location and pattern of development through about 2040, identifies 144 acres in the city’s southwest as a place to be rezoned to include medium-density housing along Golden Gate Drive and low-density housing off Foster Road. But the idea received mixed reviews from the Planning Commission at its Thursday night meeting, during which members began responding to emailed petitions asking Napa to mark the Foster Road as a greenbelt with mostly open space and strict curbs on home building.

After receiving emails decrying freer development in the area – for reasons ranging from earthquake and fire risk to increased traffic congestion on local two-lane roads – Commissioner Gordon Huether supported preserving as much of the Foster Road area’s rural character as possible, and steering development closer to Napa’s existing neighborhoods.

“Myself and the other planning commissioners have spoken so many times about moving up and moving in and not out,” he said during the meeting, which was conducted by teleconference due to county social distancing rules during the coronavirus emergency. “Those three projects are the total antithesis of building in and up. To go with the kind of zoning that’s being suggested is the total, absolute definition of urban sprawl. It’s so ‘60s and ‘70s somehow, the idea of just packing it all up with houses; it just doesn’t feel right.”

Discussion about Foster Road’s future is part of a wider debate over a staff proposal to change the zoning of two other neighborhoods on Napa’s western edge.

In Browns Valley, the area around Timberhill Park has become the focus of the Browns Valley Action Group, which opposes the city draft plan’s suggestion of “very low density” development of one or two homes per acre. To the south, homeowners near Old Sonoma Road have fought a similar rezoning for the Napa Oaks property, where efforts by the developer Davidon Homes to build dozens of houses were vetoed by the City Council in 2002 and 2018.

Both of those sites are labeled by Napa as “resource areas” that already limit new homes to one per 20 acres. But no such status is in place for the Foster Road site, much of which was once occupied by the Ghisletta dairy and is endowed with panoramic views of the Napa Valley’s eastern edge. The area also is home to the Napa Valley Horsemen’s Association clubhouse.

Residents of southwest Napa are seeking similar protection for the Foster-Golden Gate area, calling on Napa to declare it – and Timberhill and Napa Oaks – as greenbelts to preserve one of the city’s most scenic southern gateways into the city.

“As my dad always said, urban uses belong in urban areas,” said Wakoh Shannon Hickey, whose late father, James Hickey, helped develop Napa County’s Agricultural Preserve protecting farmlands while serving as its planning director in the 1970s and 1980s. “It is essential we maximize our opportunities for in-fill before we annex rural land and increase urban sprawl,” she told planners.

However, Commissioner Reed Onate pointed to the area’s existing zoning for lower-density housing and was unwilling to fully rule out future growth there.

While some of the opposition to developing the Foster Road corridor stems from genuine quality-of-life concerns, “there’s a lot of ‘not in my backyard’ as well, said Onate, emphasizing the need for Napa to carefully use its scarce reserves of undeveloped land. “There’s another finite resource here, and it’s the city limits.”

Onate left open the possibility of special zoning in the southwest to protect agriculture and valley views, but asked residents to take the needs of the whole city into account. “We’re having to balance a number of interests here – we can’t put neighborhood against neighborhood; we have to all be part of the answer for the protection of the commons,” he said.

The area has been the previous subject of heated opposition to denser development. In January 2008, the city of Napa abandoned an attempt, opposed by nearby city residents, to annex land along Foster Road that was outside the city boundary but within its rural-urban limit, a plan that could have allowed for as many as 1,000 new homes.

Such discord is reason enough to slow down the march toward a new general plan, according to Commissioner Beth Painter, who suggested a “sit-down” with Foster Road residents to better understand their concerns.

“I feel like a lot of residents feel like they haven’t been heard,” she said. “I’m a little concerned that we’re moving this along really quickly. I want some consensus that this really is the preferred plan.”

Commissioner Paul Kelley pointed to numerous other land-use issues Napa also must cope with – from creating more downtown housing to pushing for incorporated “islands” to be annexed into the city to taking account of climate change’s effect on future growth – but agreed that conserving open land must remain one of the top priorities.

“We need to take a much longer view in our most precious resource, our land and our open space that makes Napa unique, that makes Napa, Napa,” he said in support of greenbelt status for the city’s southwest.

The Planning Commission is scheduled to take up the general plan again Nov. 5.

Residents renew opposition to putting houses in the western hills.

Mayor Jill Techel is retiring after 16 years in the City Council's top job.

Annexing rural lands can only be a last resort

Letters: And only to the extent our finite natural resources and plate tectonics can realistically support it.

Draft Land Use Plan: Is this how we want Napa to look?

Letters: Not everything about development and growth is worth accepting.

The Napa Valley Horsemen's Association compound is part of a largely undeveloped area of Foster Road in south Napa, where a draft city general plan has suggested a rezoning to allow more residential construction.

A tract of grassland east of Foster Road in south Napa, one of the largest remaining open spaces within the city, is the subject of a draft general plan that includes rezoning the area for denser home construction. Some residents have spoken out against a rezoning and called for the city to zone the area as a greenbelt, limiting new homes to one every 20 acres.