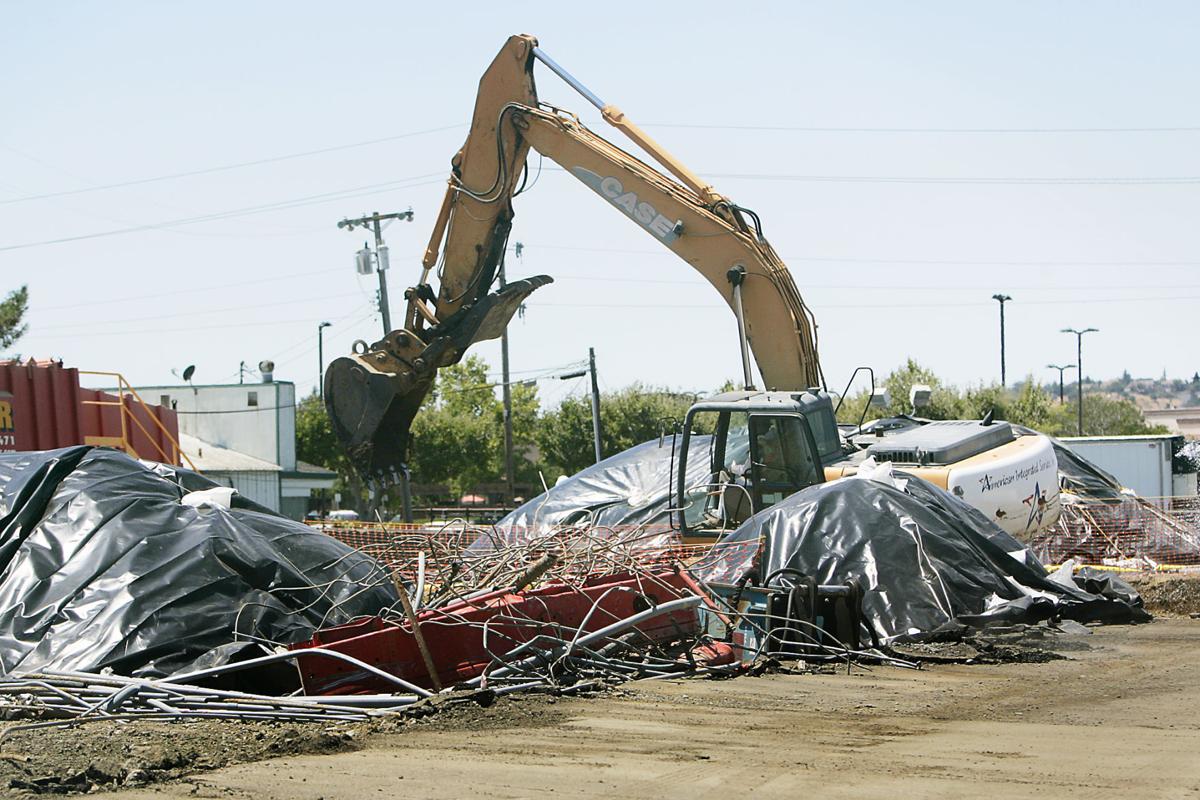 The site of the former Kastner Honda dealership is being demolished for new retail and commercial tenants.

Pacific Properties Group has won city approval to build the Soscol Corner commercial development, shown in this artist’s rendering, at Soscol and Kansas avenues at the former site of Kastner Honda.

Almost exactly two years to the day since it was first approved, construction of a new commercial center at 282 Soscol Ave. has begun.

Two tenants have been identified on leasing brochures: a Five Guys restaurant and a Verizon store.

Five Guys is known for its burgers and fries, plus hot dogs and sandwiches. First opened in 1986 in Arlington, Virginia, the chain today has almost 1,500 locations across the United States, Canada, United Kingdom, Europe and the Middle East, said the company website.

Pacific Properties Group received approval to construct two buildings totaling about 21,550 feet on the two-acre site on the southeast corner of the Soscol Avenue and Kansas Avenue. The project is called Soscol Corner.

A project representative from Pacific Properties Group was unavailable this week for comment. The parcel is the former home of Kastner Honda that has moved to 480 Soscol Ave.

The former Honda building had been vacant for two years.

Honda moved because its long term lease was ending, said Bill Kastner, Jr. in a 2016 interview. A trust, including John Callan of Danville, owns the property at 282 Soscol Ave.

Soscol Corner will include a total of 92 to 95 parking spaces.

Retail and restaurant uses are proposed for the first building of approximately 9,350 square feet.

A medical building, such as a dialysis clinic or retail tenants, could occupy the second Soscol Corner building, which is listed as 11,000 square feet.

There will be three entrance/exits: two on Kansas and one on Soscol. The Soscol entry/exit will be right in, right out only.

According to a leasing brochure, lease rates at Soscol Corner are approximately $4.35 per square foot.

The space could be available as soon as April 15, 2019, said the brochure. A leasing agent for the development could not be immediately reached this week.

Pacific Properties Group of Chico is the same developer who built Napa Crossing North on Trancas Street opposite Bel Aire Plaza and an adjacent development at Soscol and Kansas, Napa Crossing South.

Weeks after former tenant Kastner Honda moved from its longtime home at 282 Soscol Ave., a proposal to build a new commercial center in its pl…

The site of the former Kastner Honda dealership is being demolished for new retail and commercial tenants.

Pacific Properties Group has won city approval to build the Soscol Corner commercial development, shown in this artist’s rendering, at Soscol and Kansas avenues at the former site of Kastner Honda.