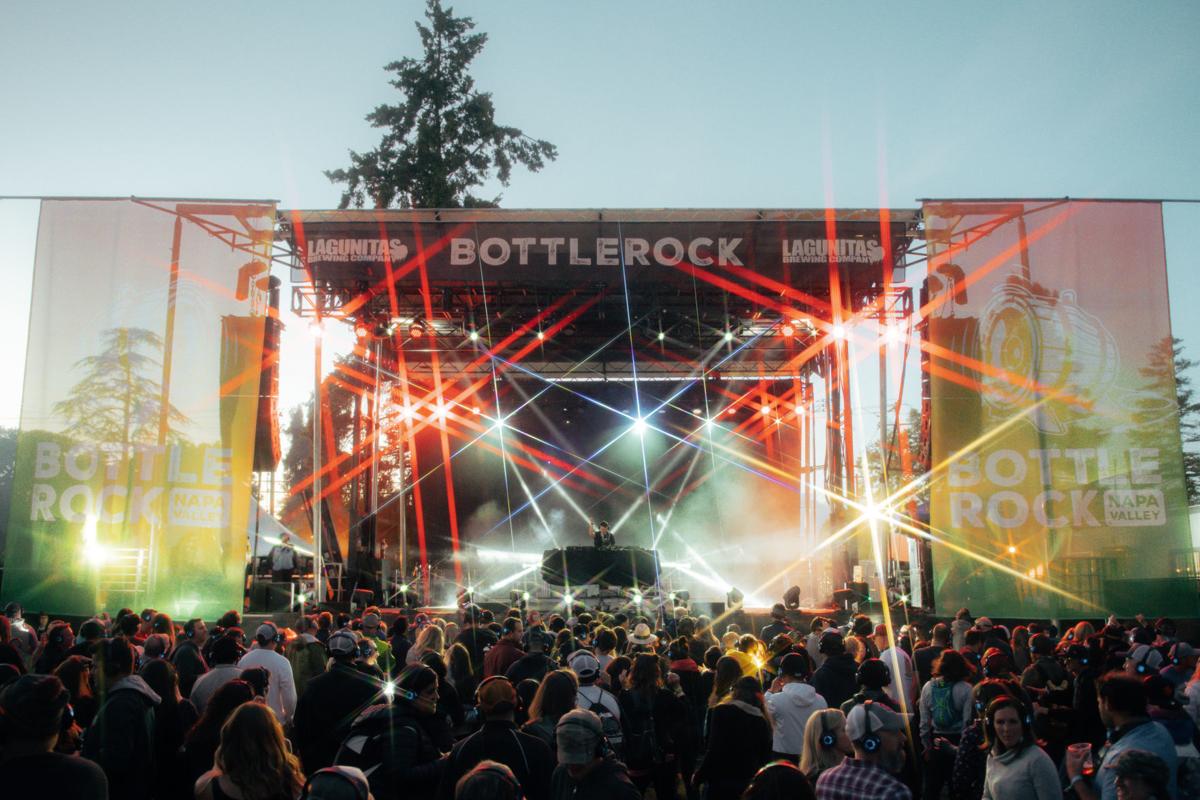 Producers of the BottleRock reported the seventh edition of the music festival, which ended Sunday night, drew more than 120,000 people to the Napa Valley Expo over its three-day run. 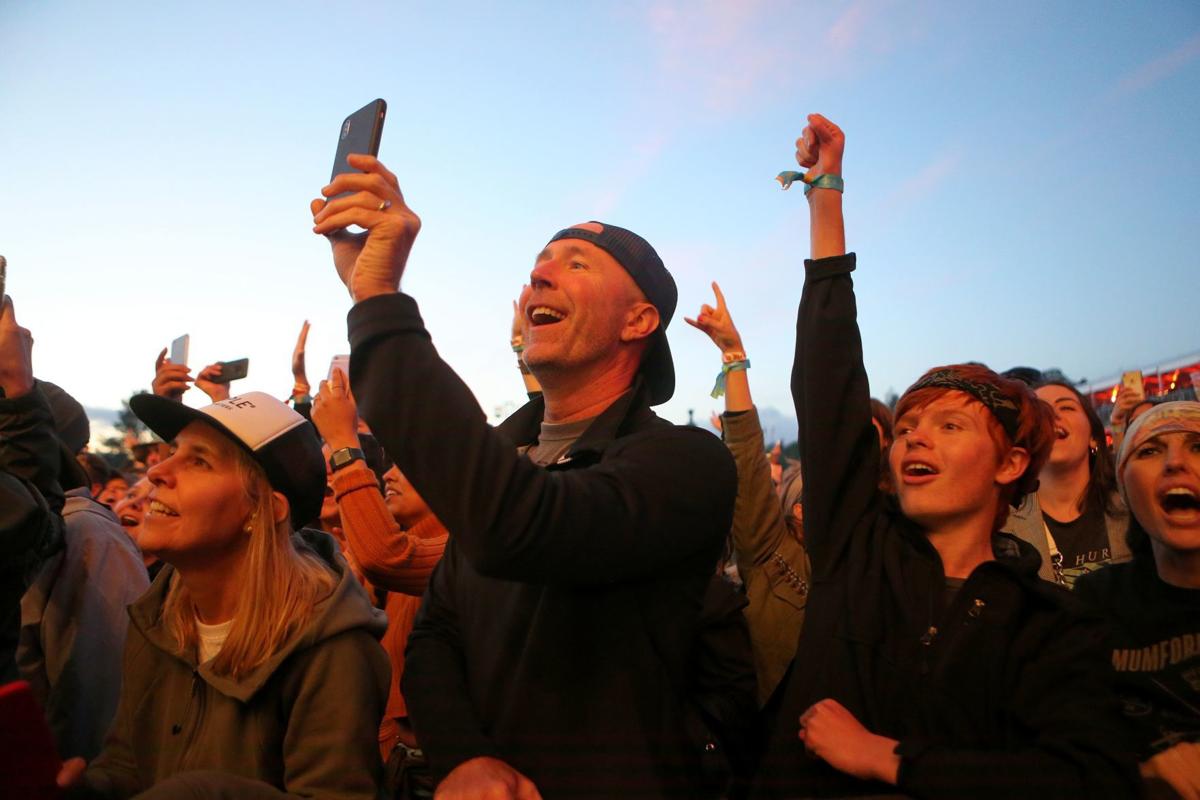 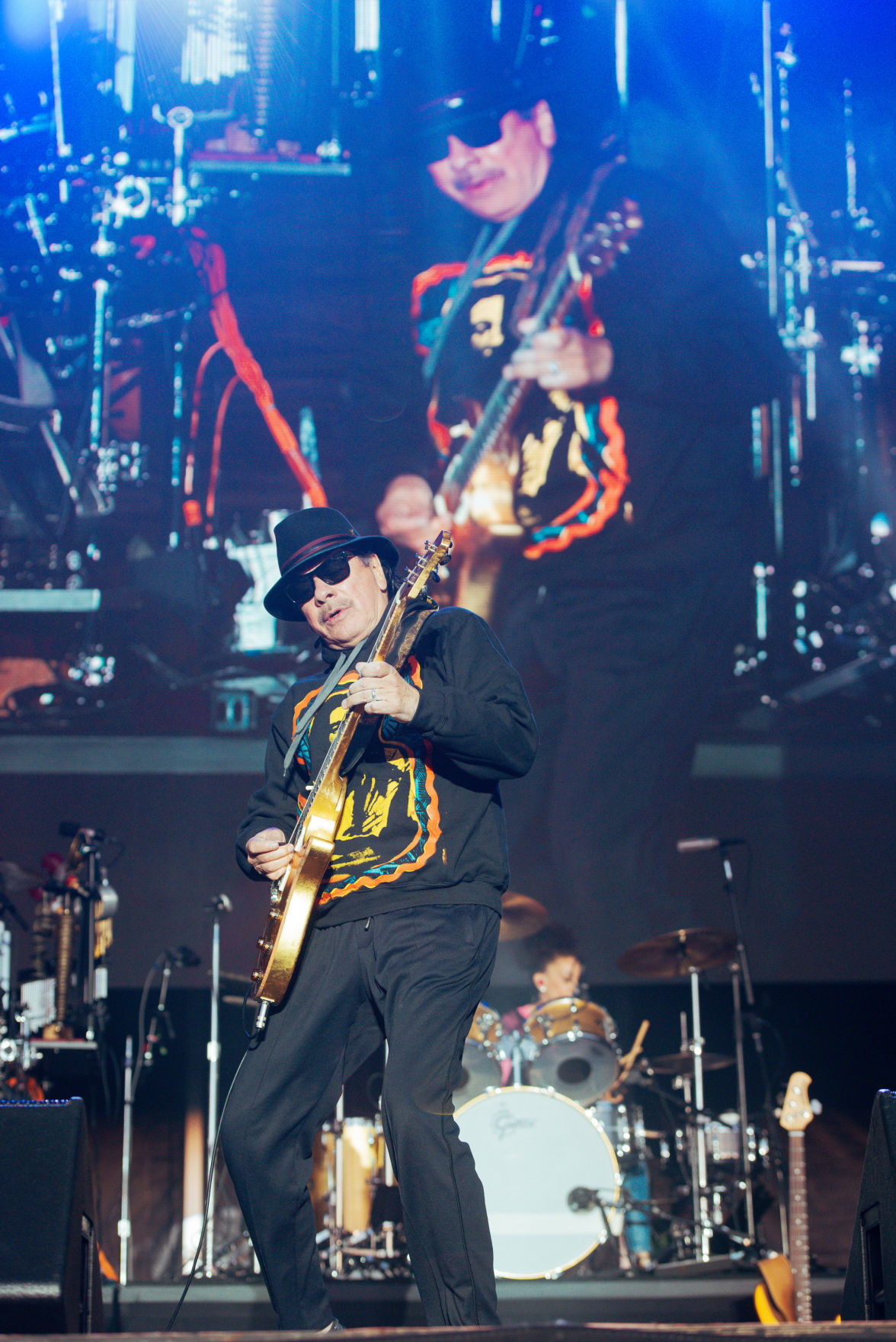 Producers of the BottleRock reported the seventh edition of the music festival, which ended Sunday night, drew more than 120,000 people to the Napa Valley Expo over its three-day run.

The seventh BottleRock again drew tens of thousands of music lovers into the heart of Napa, but organizers and law enforcement officials say the flow of fans into, through and out of the festival was a smooth one – even with the unexpected arrival of rain on the final day.

Attendance for the three-day festival at the Napa Valley Expo totaled more than 120,000, in line with the number of spectators at the 2018 BottleRock, producer Latitude 38 Entertainment announced Tuesday morning. More than 80 musical acts performed from Friday to Sunday on six stages, joined by a host of chefs and celebrities highlighting cooking demonstrations at the festival’s Culinary Stage.

While audience sizes at the 2019 BottleRock were similar to those seen at the Expo in recent years, a Latitude 38 principal said a shift in scheduling bands help reduce the sense of crowding by spreading guests across multiple stages – hosting a wider range of musical genres – at the same time.

“We felt like attendance and the way we managed the event was in the right balance this year,” Justin Dragoo said Tuesday morning. “In previous years, we found if we didn’t schedule bands in optimal time slots, we had a perception that the venue had too many people when, in fact, we had all the people in the same exact location. We feel we spread out the crowd better than in previous years.”

Examples of such complementary programming included the showcasing Saturday night of folk-rock legend Neil Young and “Happy” singer Pharrell Williams on BottleRock’s two largest stages, followed by a Sunday slate with Mumford & Sons and Santana both performing in prime time.

Dragoo also credited smoother movement of BottleRock fans across the Expo grounds to two other changes to the festival layout this year. The amount of fencing on the fairground was reduced to eliminate barriers between stages, and the main gate on Third Street was equipped with more check-in lanes to lessen the backup of spectators onto the street.

Napa Police Department Lt. Brian Campagna reported a few arrests within the festival grounds, but said the department had not tallied the total number of arrests associated with the festival that took place downtown and elsewhere.

Problems related to disturbances, fights and intoxicated people were down, but there was one arrest outside of Downtown Joe’s in which an officer had to use pepper spray to control the person, he said.

Pedestrians and drivers of ridesharing services, such as Uber of Lyft, caused some traffic problems by blocking the road, Campagna said. Not all rideshare drivers used designated pickup areas on Third Street.

“Every year we get better at the event planning for this,” he said. “Overall, I think it ran fairly smooth.”

The California Highway Patrol, which was responsible for BottleRock traffic control and security at the festival’s entrance points, did not make any arrests related to the festival, according to Sgt. William (Brad) Bradshaw. A few cars were towed, but people were able to get in and out quickly thanks to traffic control measures.

It’s amazing to see how the festival has changed and grown in the past seven years, Bradshaw said.

“This year worked really well,” he said. “I’m really happy with it.”

Bradshaw noted that a lot of people took advantage of free rides offered by the Napa Valley Transportation Authority from Friday through Sunday.

Napa Police reported two incidents on the BottleRock grounds, one resulting in an arrest. Sunday night, officers detained a Richmond man after a woman reported being inappropriately touched while using an Expo restroom the night before. Officers found that portable restroom and others had been tampered with, the department said in a statement.

On Saturday, pop star Madison Beer halted her performance on the Bai Stage after a disturbance that led to the ejection of a male spectator. Police said social media reports of a gun being flashed during the incident were unfounded.

The final day of BottleRock on Sunday brought a sight never before seen at the festival since its 2013 founding – raindrops, which fell intermittently in the early afternoon before giving way to partly sunny skies.

However, the light showers posed no safety or logistical problems, according to Dragoo of Latitude 38, who said inclement weather “would have to get to the point of flooding before it causes significant safety risk” and forced organizers to invoke an evacuation plan.

Here is a look at all of the Napa Valley Register coverage of BottleRock weekend.

For throngs of BottleRock spectators over the weekend, the festival experience began even before they entered the Napa Valley Expo – in the fo…