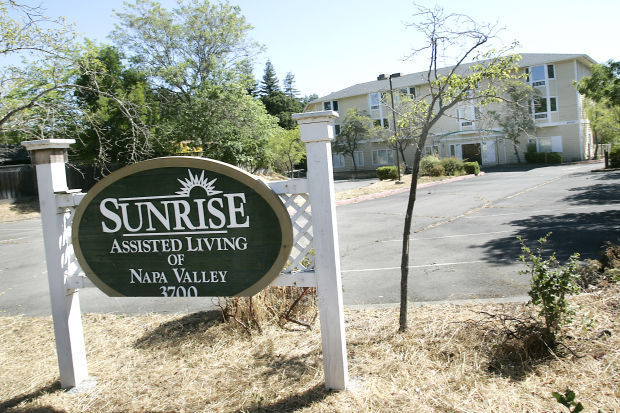 Bridge Housing has pulled out of plans for the Napa Creekside Apartments, a 57-unit affordable complex slated for the site of the former Sunrise Assisted Living facility at 3700 Valle Verde Drive in north Napa.

A 2014 lawsuit by neighbors voided city approvals for construction to start. 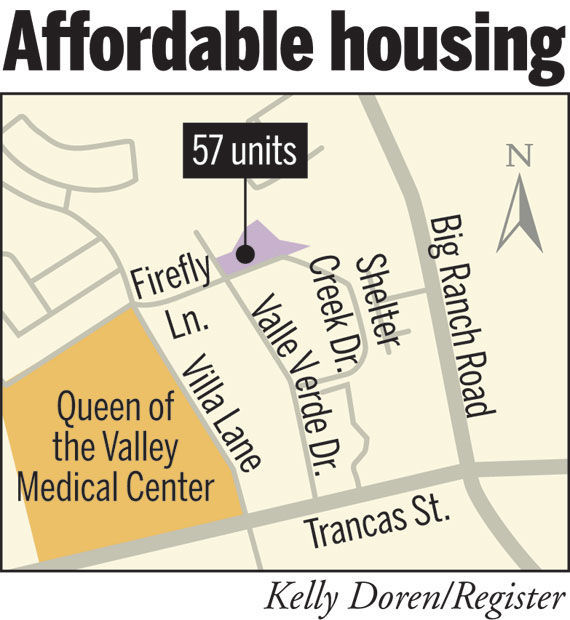 Bridge Housing has pulled out of plans for the Napa Creekside Apartments, a 57-unit affordable complex slated for the site of the former Sunrise Assisted Living facility at 3700 Valle Verde Drive in north Napa.

A 2014 lawsuit by neighbors voided city approvals for construction to start.

Stymied by lawsuits and rising costs, the developer behind the Napa Creekside Apartments is walking away from the affordable housing project.

Bridge Housing Corp. of San Francisco will no longer move ahead with the development, spokeswoman Lyn Hikida announced Monday night. The company, a specialist in developing subsidized housing, had been working with the city to create 57 dwellings on the site of a defunct seniors’ home at 3700 Valle Verde Drive.

The developer decided to abandon its plans after consulting with Napa Valley Community Housing, the city and Napa County, according to Hikida. Napa Creekside had gained support from the city’s Planning Commission and City Council, but a judge voided those approvals two years ago after a neighborhood group sued, arguing it was too dense for the area and its environmental studies were insufficient.

“I felt the neighborhood was taking on more than was reasonable in low-cost housing, because there’s already another one across the street on Villa Lane,” said Roger Lewis, a retired oil well drilling executive and a 15-year resident of the neighborhood. “I didn’t think it was right that one neighborhood should bail out the others, (and) I didn’t feel the city should ignore the requirements that surround building in a sensitive area.”

Despite the courtroom setback, city officials declared as late as last November they would continue trying to see the apartment plan through.

In the meantime, however, changes to a key state financing program for affordable housing began favoring larger complexes in major cities at the expense of Napa Creekside, which Hikida said drove up the cost estimate and made the project unworkable.

“We think had we gone down that path (of a study), the environmental finding would have supported the development,” said Hikida. “But the financial feasibility is something we can’t achieve any longer.”

Builders of affordable housing in California compete for tax credits offered by the state’s Tax Credit Allocation Committee, but rule changes last year would put the Napa project at a disadvantage, according to Kathleen Dreessen, executive director of the nonprofit Napa Valley Community Housing.

“If there was one application for 200 units and one for 50, and only so much money in the pot, it’s more likely the 200-unit one will get the tax credit,” she said.

Because Bridge Housing continues to own the Valle Verde Drive property, the future of any housing plans on the site remains uncertain.

“We are still considering our options for next steps,” Hikida said Tuesday. “…We’re still committed to talking with the city and county to find other sites.”

More than five years in the planning, Napa Creekside was intended as an expansion of the old Sunrise Assisted Living center. Bridge Housing and Napa Valley Community Housing were to co-manage a mix of one-, two- and three-bedroom apartments, offering them at rates affordable to lower-income families.

But even as the project first gained city approval in 2012, a circle of residents formed the Neighborhood Coalition to Protect Salvador Creek. That June, the group sued in Napa County Superior Court, saying the project could threaten fish in the nearby creek, a branch of the Napa River, while worsening traffic and littering problems in the area.

After a judge sided with the residents in 2013, the City Council approved a largely identical plan for Napa Creekside, adding more environmental studies asserting the apartments would not harm Silverado Creek’s salmon or steelhead.

But the court also struck down that plan in March 2014, demanding a full environmental impact report before construction could begin. Napa and Bridge Housing also were required to pay the neighbors’ group $72,000 in attorney fees.

On March 1, the City Council is scheduled to formally retract its approval of the development to comply with the judge’s decision, according to Lark Ferrell, manager of the city Housing Authority.

“This is disappointing,” she said. “I think there’s a lot of support in the community for affordable housing. It’s just unfortunate there was a neighbor who, through CEQA (the California Environmental Quality Act), was able to derail this project.”

It has been almost four years since this project first went before the Planning Commission and, ultimately, the City Council. After learning of the Planning Commission’s approval, a handful of neighbors gathered and found an attorney to challenge the approval for this 57-unit project. From there, a large following of project opponents quickly developed. From the beginning, the goal was not to prevent the construction of the apartments but, rather, to get the developer (Bridge Housing) to scale it back to a more reasonable size. The concerns revolved around: the size and density of the project (which offered no recreational areas for the residents); its impact on Salvador Creek and its habitat; traffic and parking concerns and its impact upon the open space to the north. In a mediation meeting, we offered to drop our objections if Bridge Housing would scale back the project but they refused to compromise. The rest is history.

All that crap is code for { Not in my neighborhood }

You will never get tort reform in a one-party-state.

As usual in Napa, the rich win again.

Just another example of the California environment protection racket. And it IS a racket. This sounds like much the same tactic used to derail a similar project in Marin County, involving property then owned by one of George Lucas' companies. It, too, involved fish in a creek. Laughable but sad to see where this state's priorities truly are.

Big surprise, the quagmire of rules, restrictions, mandates, tax credits, tax penalties, lawyers, lawsuits, CEQA, EIR's, became too much. Not to mention 5 years of planning and hundreds of thousands of dollars wasted, both taxpayer and private. Only a matter of time before Government grinds itself to a halt.

Instead of going on a diatribe against the residents who sued, we have to stop lawsuits in their tracks and make it much harder and expensive for people to sue in this state.

It's not just housing. It's civil lawsuit, police lawsuits, city lawsuits, etc. In Calistoga, an attorney collected half a million in fees after suing the city over water issues over many years. He was so eager to collect he ran to the bank and emptied the city accounts illegally.

I think the way to solve this is to tell your representative to get tort reform.

That's what you ask for on the phone so it's harder to sue.

"Tort reform" is code for preventing private citizens from holding government officials and the powerful accountable when they violate laws designed to protect all of us from harm, whether from insider trading, foreclosure fraud, defective products, or in this case as a judge found, violation by city officials of a law designed to protect the environment.