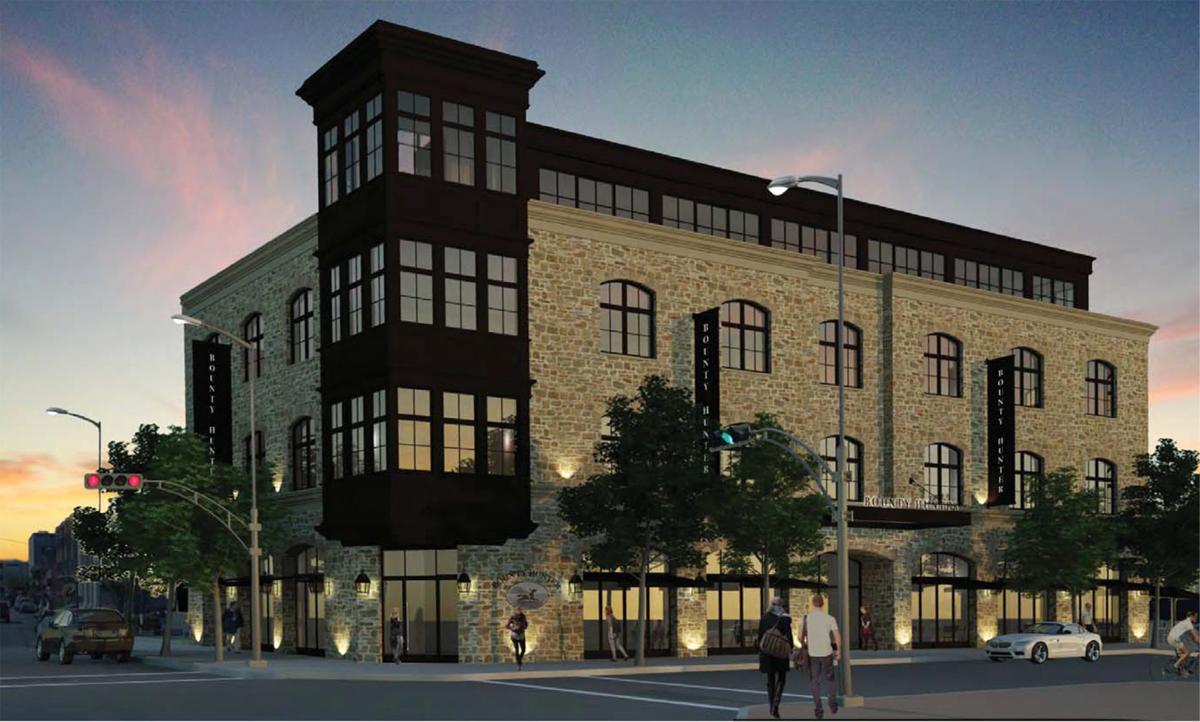 The Bounty Hunter wine bar, wine shop and barbecue restaurant won city Planning Commission approval to raise a new building at First and Main streets in 2017. Now, developers say the building will move forward without Bounty Hunter, and with a social club instead of offices. 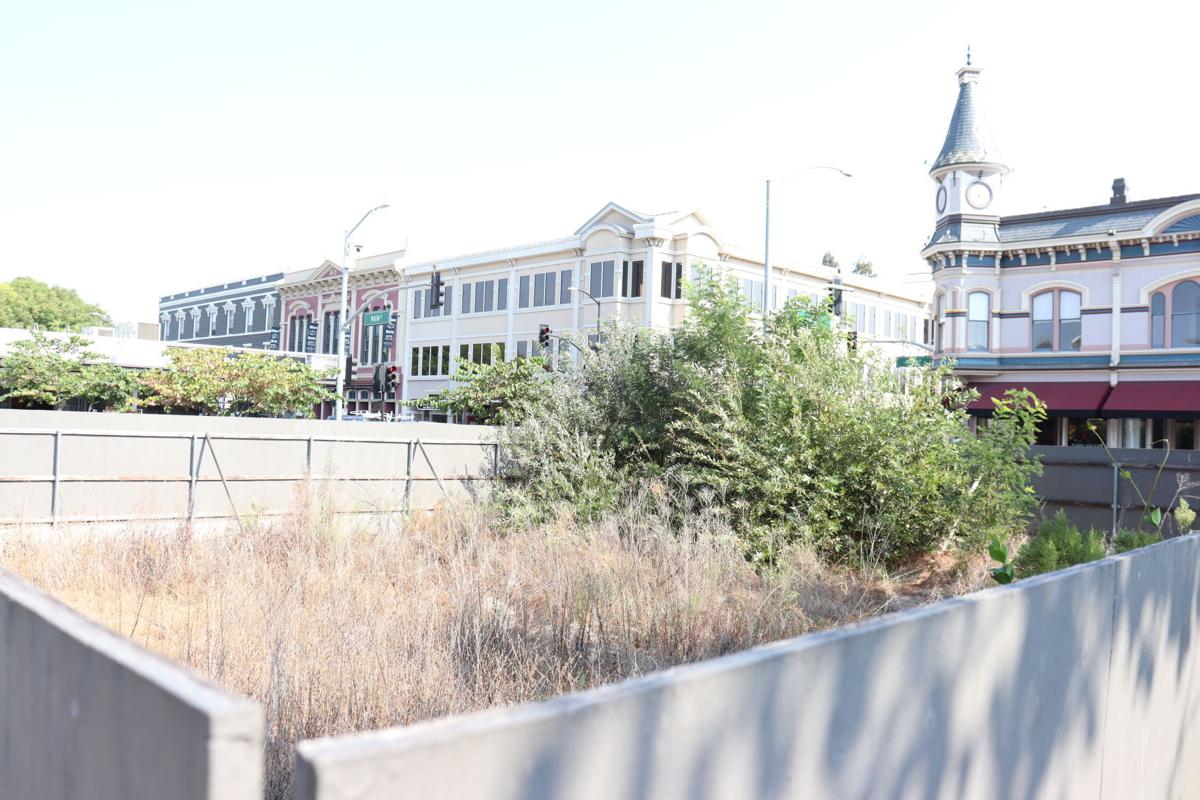 The empty lot at First and Main Streets is where the four story building — now without Bounty Hunter — is proposed to be built. 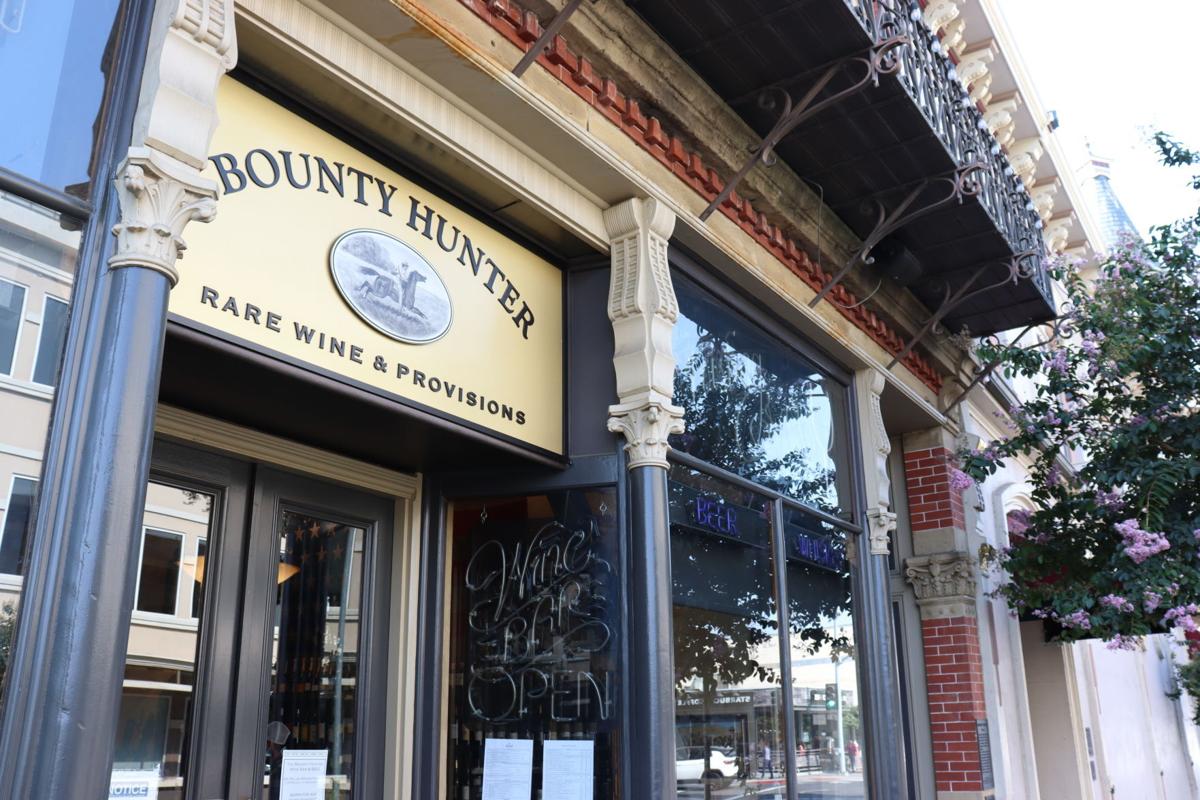 The current location of Bounty Hunter, on First Street.

After four years of inaction, a proposal for a four-story, 28,180-square-foot building at the corner at First and Main streets, once intended to serve as a new home for Bounty Hunter Rare Wine & Spirits, is still alive.

But Bounty Hunter is no longer involved with the project and hasn’t been since August 2019, said CEO Stefan Matulich in an email. The restaurant will remain at its current location nearby on First Street, according to Matulich.

“We have had some leadership changes at Bounty Hunter over recent years, and with that comes some changes in direction,” Matulich wrote. “I can tell you that right now we feel strongly that the Bounty Hunter restaurant is in a good place in its current home at 975 First Street and do not have plans to move from that location.”

Nearing expiration, the original building proposal was approved for a second two-year permit extension by the city of Napa Planning Commission last week. But there will be a few differences in a new proposal developers estimate will come before the city of Napa planning commission later this year.

Perhaps most prominently, plans for a “social club” for the upper floors of the building are in the works, said Jason Johnson, a technology entrepreneur and Napa resident for about three years.

Johnson is working on the new building proposal alongside developer Tuscany Building LLC — which is owned by Argentine billionaire Alejandro Bulgheroni, who formerly owned Bounty Hunter as well but sold it to Diego Marcos Borrero in 2019. Johnson previously founded August Home, a smart home lock system, and is a managing partner of Founders Den, a San Francisco technology start-up incubator.

“The Bulgheroni family purchased Bounty Hunter, the business. And shortly thereafter they cleared the site at First and Main to build a building,” Johnson said. “Long story short, they chose not to move the Bounty Hunter restaurant and not leave that building. And then I met the family in the past year and have started working with them.”

A non-Bounty Hunter restaurant will still be planned to occupy the ground floor of the building, Johnson said. The “social club,” Johnson added, will occupy the upper three floors of the building and offer an experience similar to Founders Den.

“What we’re looking for is a place where, during the day, people can take business meetings and they can work and hang out with their laptops,” Johnson said. “… A place that, in the evening, becomes more of a social environment — with a bar and food and is just a fun place to spend time with friends or business associates.”

Johnson added that the idea for the social club was largely driven by him. Carlos Hartmann, Vice President of Tuscany Building LLC, said company leadership had been going back and forth on different solutions for the property, but the process had been delayed because of the COVID-19 pandemic and fires in Napa. Then, a few months ago, Jason came along with the idea for the social club.

“I moved to Napa a few years ago and have been looking for a social club personally and discovered that there really is no social club in the Napa Valley and decided that we need one,” Johnson said. “… We’re extremely excited about the growth and the development of downtown Napa. With Anthropologie opening up this week, it’s really exciting to seeing what’s happening on First Street, and we look forward to contributing to a very vibrant downtown Napa.”

Hartmann said the original building plan was important to accommodate needs of the organization, but those needs have been resolved in other ways. The project is still moving forward with its original architects, Taylor Lombardo Architects, he said, and most aspects of the building design will still be the same.

“We as the owner are still certainly involved, but we added the expertise and the ideas of Jason and his group to make this happen hopefully,” Hartmann said.

The building proposal was originally approved by the city’s planning commission in June 2017. At the time, Bounty Hunter founder and then-CEO Mark Pope anticipated construction would last two and a half years and cost $15 million to $20 million, according to previous Register reports. Approval arrived about two weeks before the planned departure of Pope, who sold the multi-million company to Bulgheroni in 2014 and stayed on as CEO for three additional years.

The first two-year extension to the approval was granted by city staff in 2019, according to the planning commission staff report. But the downtown lot — which once held the Don Perico and Tuscany restaurants — has remained empty aside from grass and assorted plants sprouting up behind a wooden fence. At some point, a Bounty Hunter sign was removed from the fence.

The second extension was requested by Pam Lao of Taylor Lombardo Architects in a letter dated June 22. Lao said in the letter that updated drawings will be forthcoming as the firm works through modifications with the owner.

In the resolution approving the second extension, the commission requested that the developer maintain the sidewalk along Main and First streets, repair the wooden fence, and install a mural or some other form of graphics on the fence within 90 days.

Editor's Note: This item has been modified to correct the current ownership of Bounty Hunter Rare Wine & Spirits. It is owned by Diego Marcos Borrero, who bought it from former owner Alejandro Bulgheroni in September of 2019.

California's new single-family zoning law could bring a relatively high number of new units to Napa compared to other parts of California, according to a recent analysis.

The Bounty Hunter wine bar, wine shop and barbecue restaurant won city Planning Commission approval to raise a new building at First and Main streets in 2017. Now, developers say the building will move forward without Bounty Hunter, and with a social club instead of offices.

The empty lot at First and Main Streets is where the four story building — now without Bounty Hunter — is proposed to be built.

The current location of Bounty Hunter, on First Street.