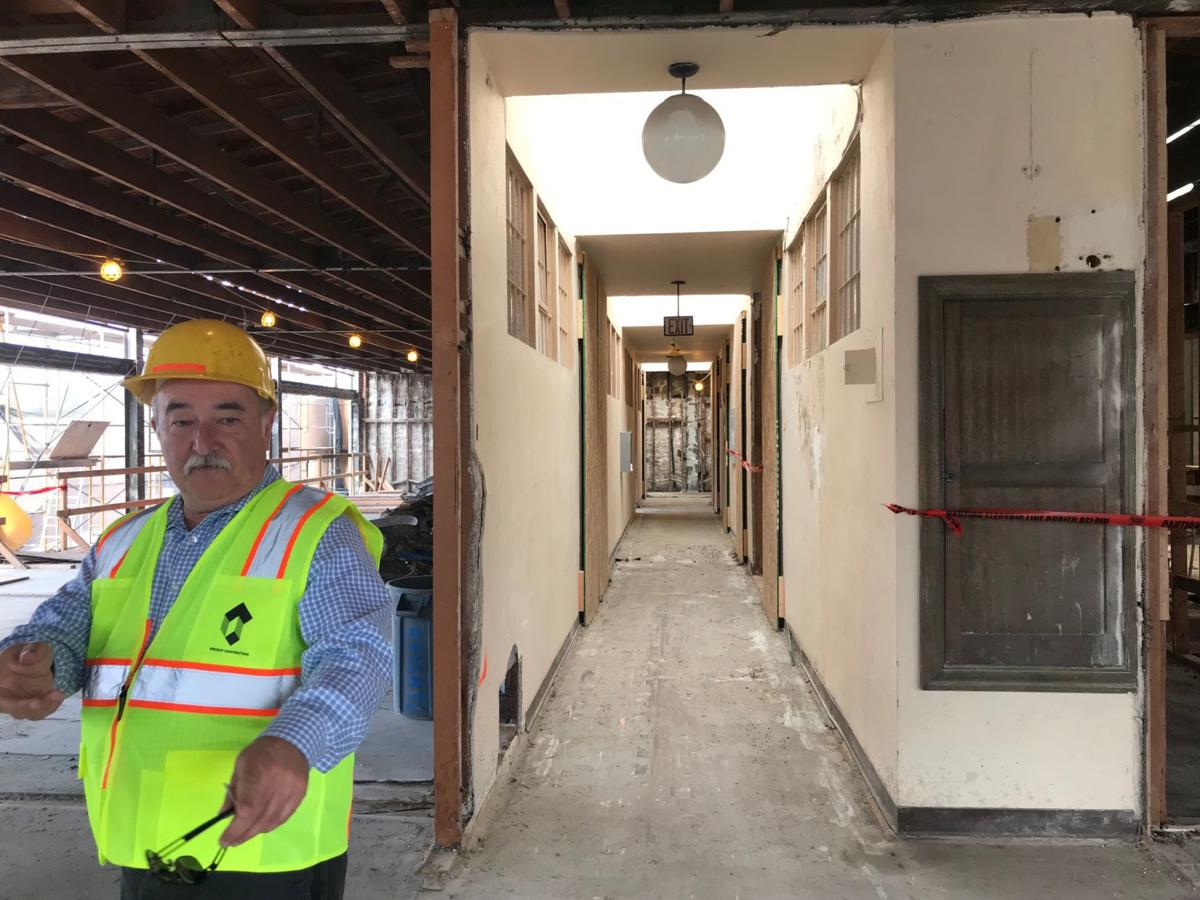 A hallway inside the Gordon Building which went up in two phases starting in 1929. 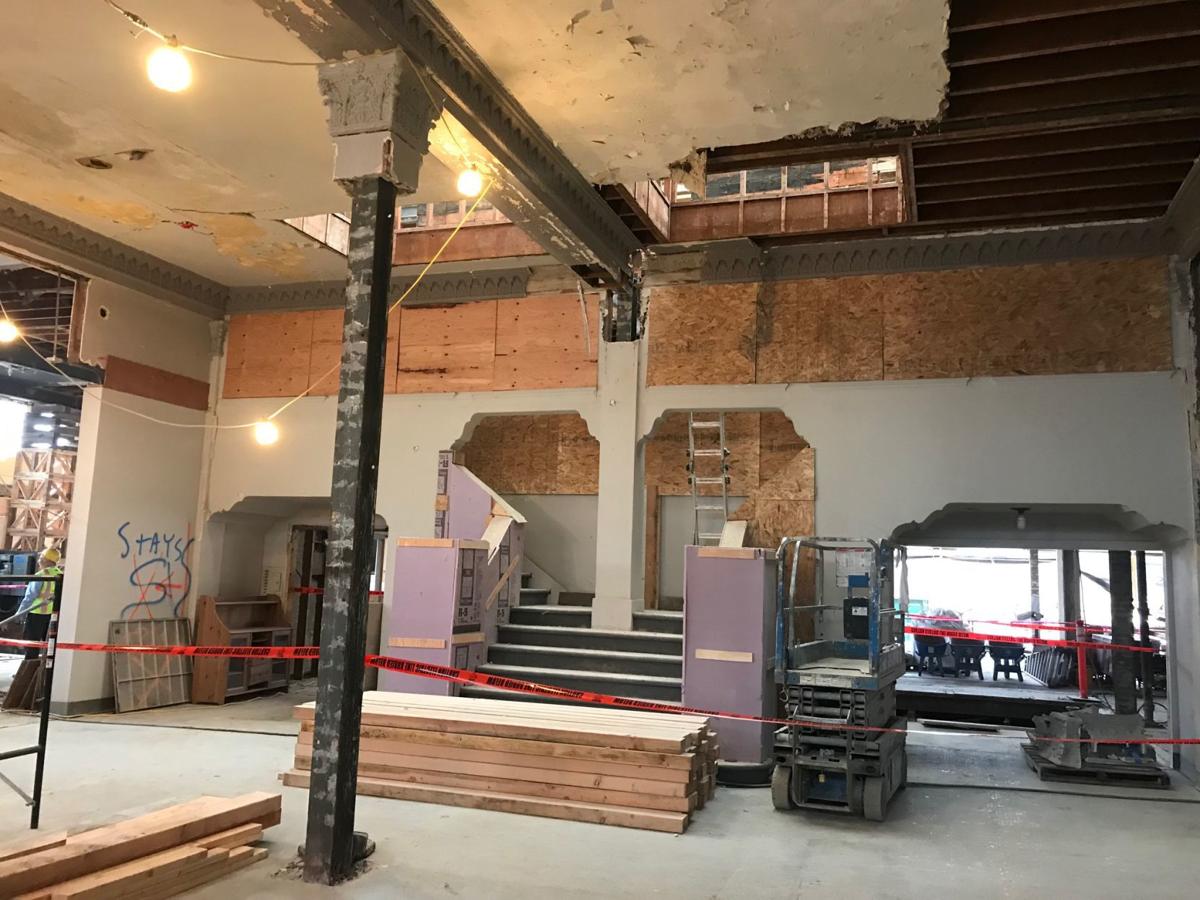 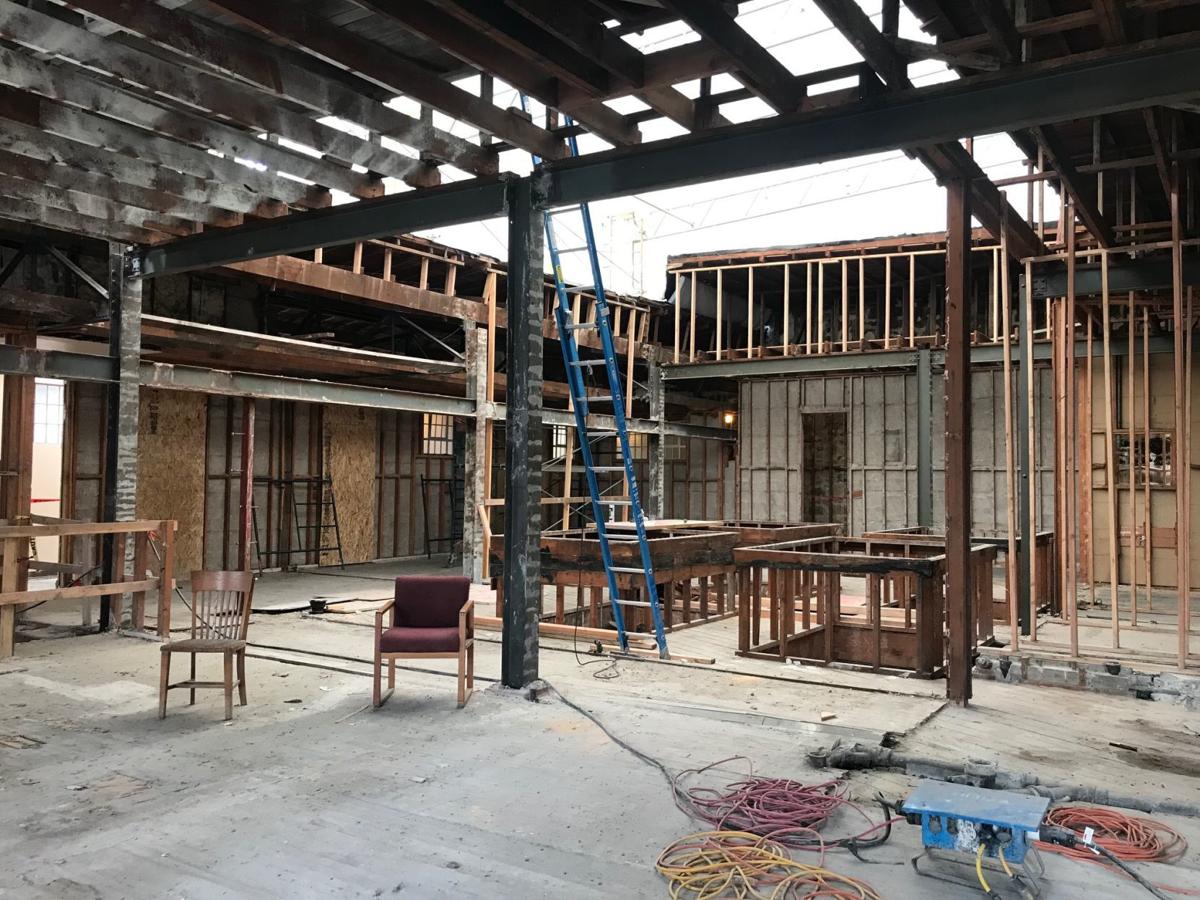 Skylights provide natural light to the second floor of the Gordon Building on First Street. 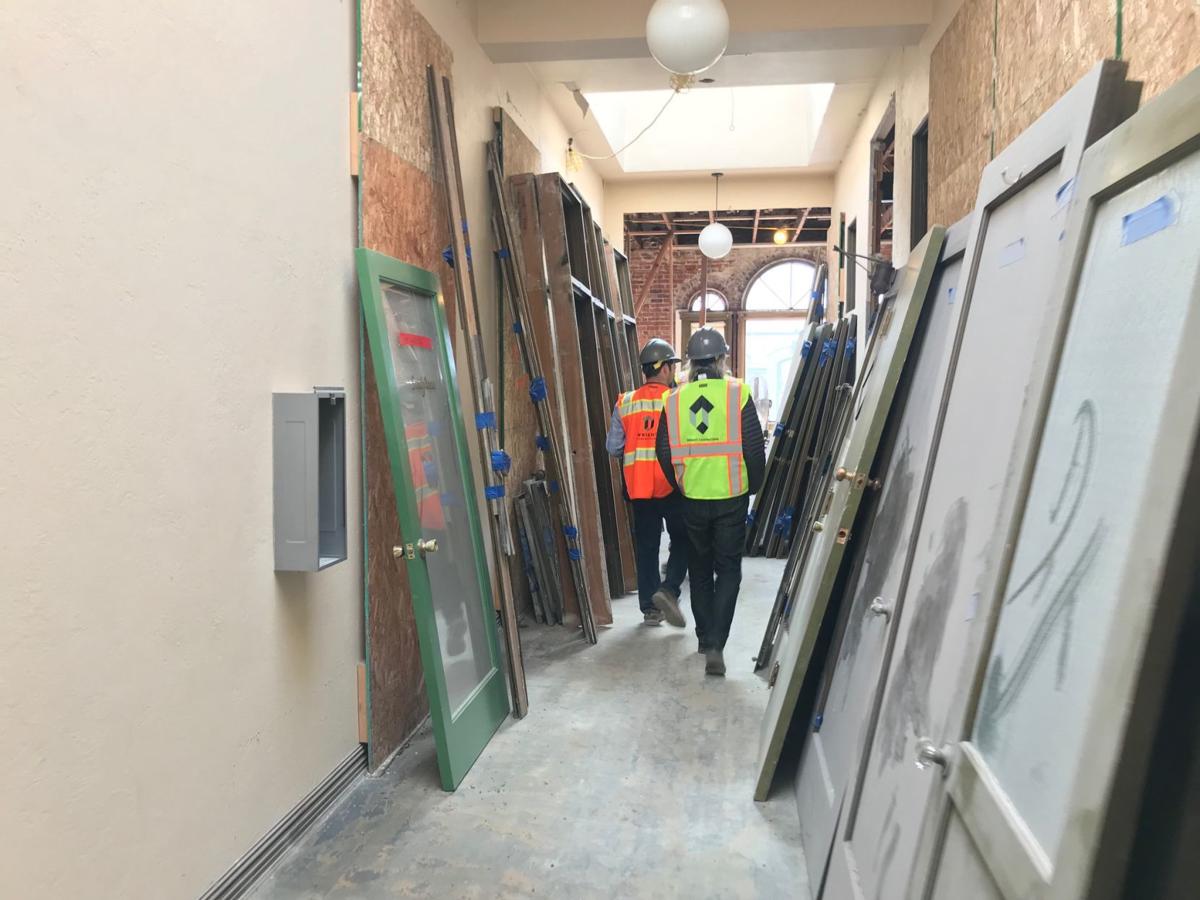 Inside Napa's historic Gordon Building at 1130 First St. The property is being renovated and retrofitted. 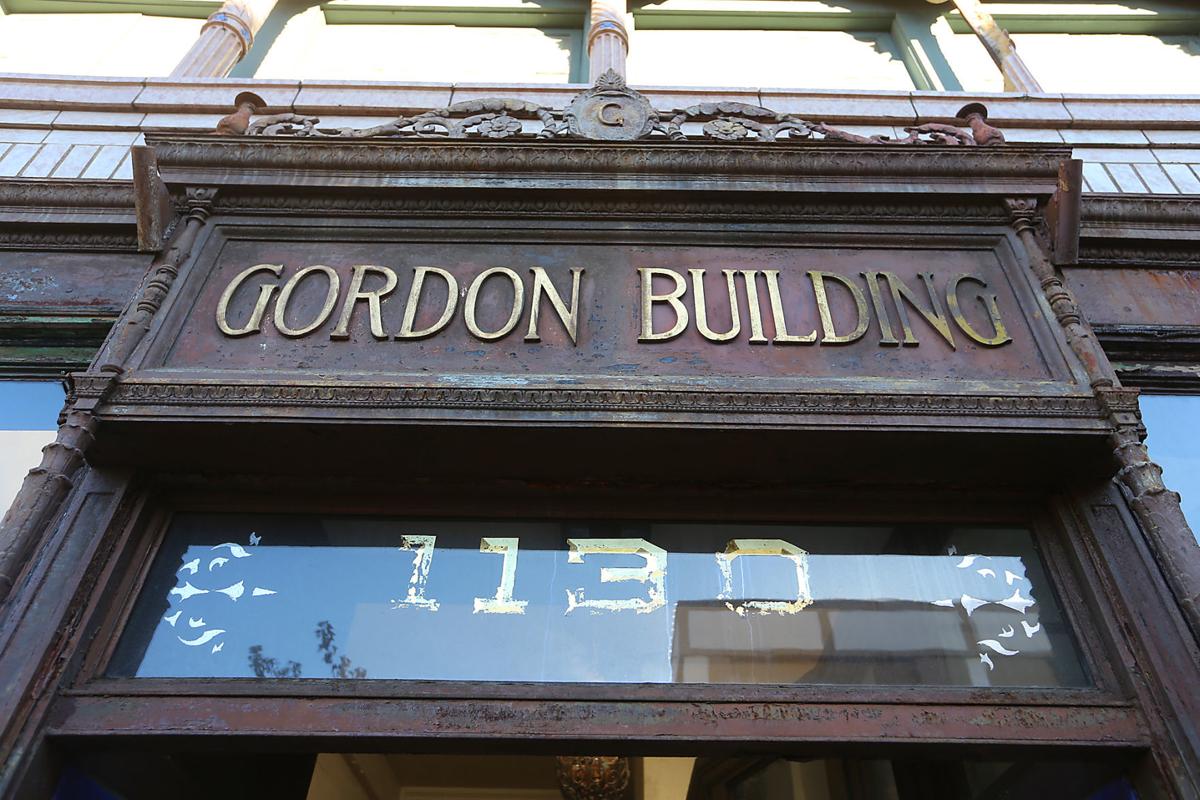 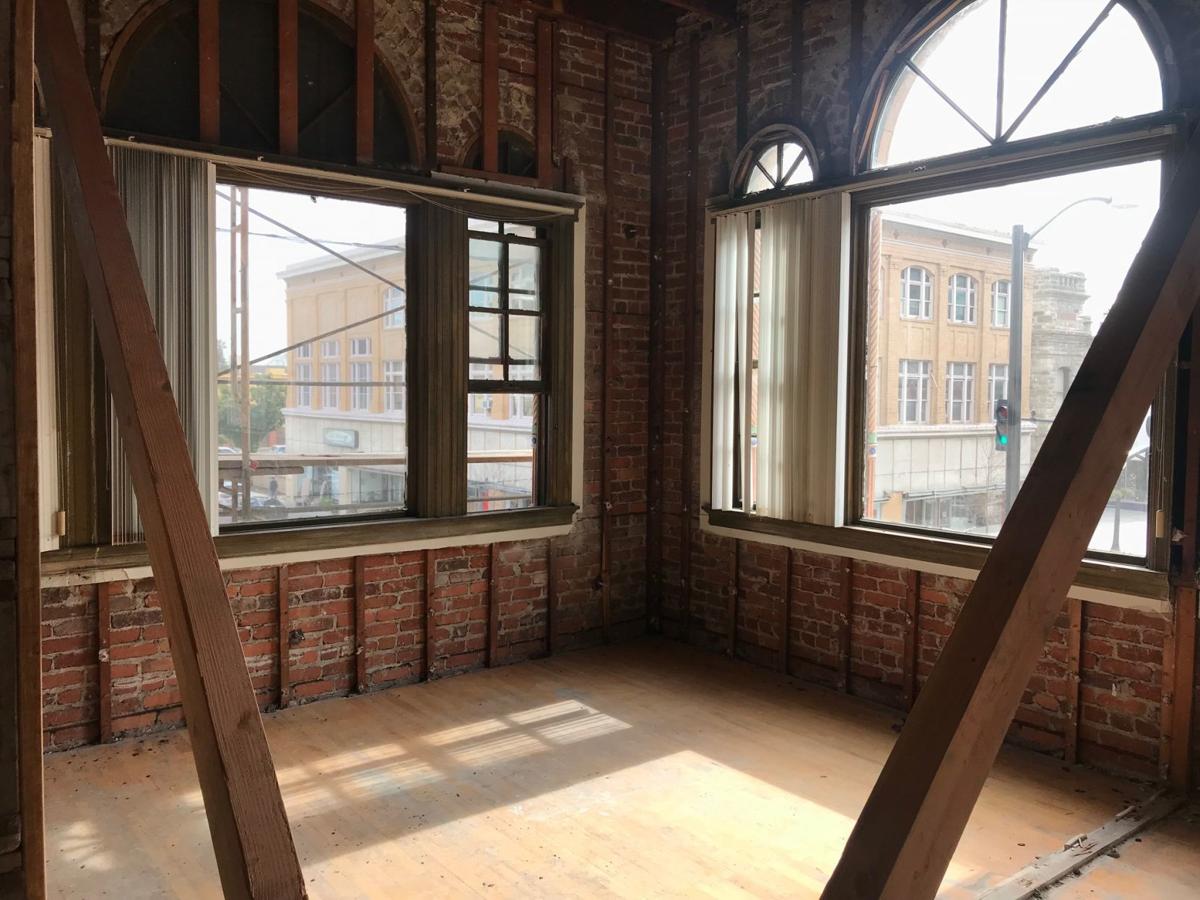 A view of the Native Sons of the Golden West building from inside the Gordon Building on First Street. 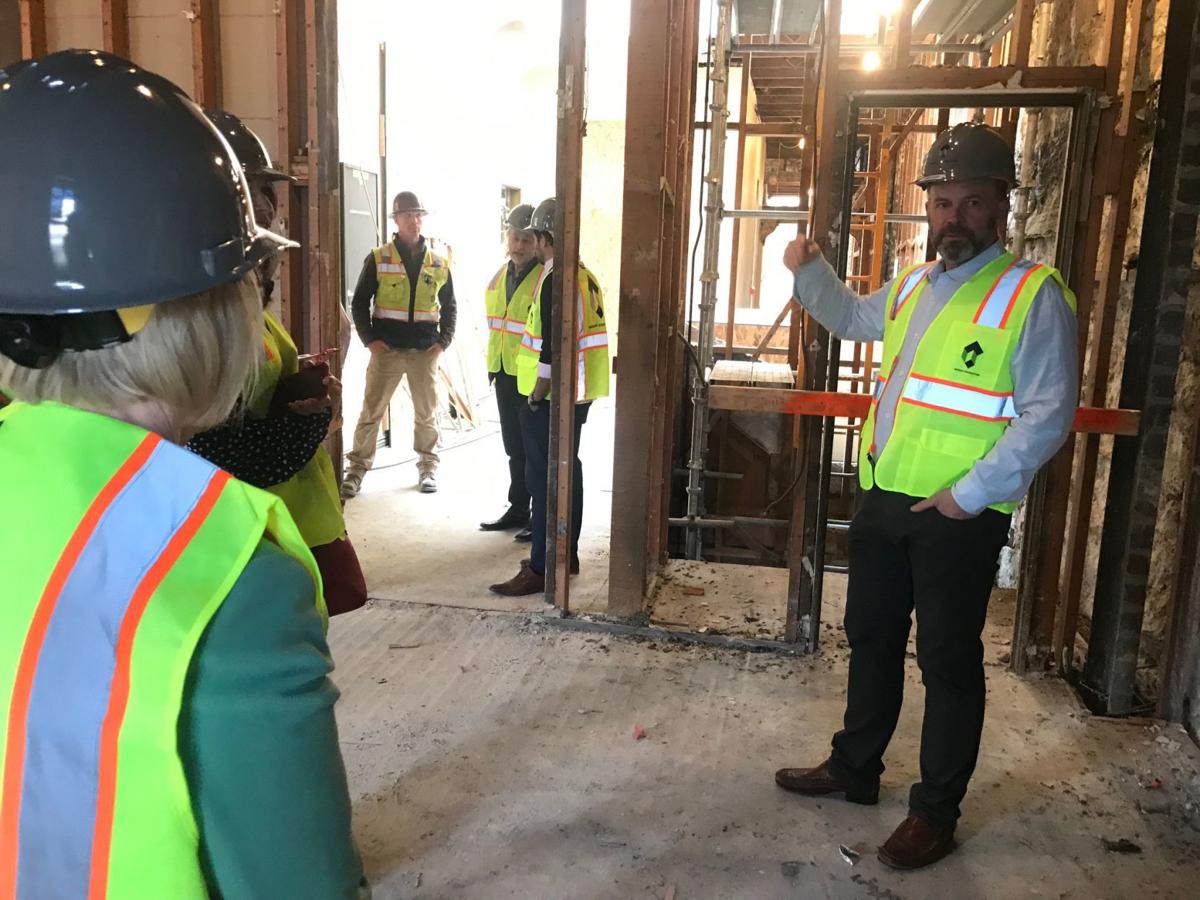 The answer: a lot.

Property owner Zapolski Real Estate has gutted the interior of the structure at 1130 First St.

A series of 18-inch by 18-inch steel columns will be inserted throughout the brick walls as part of an earthquake retrofit.

After that, the entire structure – 20,000 square feet of space — will be renovated from top to bottom to accommodate future restaurant, retail and office tenants.

Normally, such an expense wouldn’t work financially, he said. “But it’s something we feel passionate about.”

A partnership including a Todd Zapolski company bought the building in 2013 from George and Jacqueline Altamura.

Zapolski then announced plans to begin a complete renovation and earthquake retrofit of the 1930s-era structure, noteworthy for its glazed terra cotta siding and cast-molded floral detailing.

“It’s a jewel,” said Zapolski at the time. “It’s an iconic piece of downtown and we want to get it back in service.”

The plan is to fold it into First Street Napa, the adacent open-air center owned and managed by Zapolski Real Estate, LLC and Trademark Property Company.

Archer Napa hotel is the anchor of that complex, which has seen a steady addition of new tenants including Lululemon, Toy B Ville toy store, Overland Sheepskin Co., Makers Market, Lush, Kalifornia Jean Bar, Compass and State & First and Napastäk, among others.

On Tuesday afternoon, Mazotti and Zapolski gave a tour of the work so far to a small group including Mayor Jill Techel and Napa City Councilmember Liz Alessio.

Zapolski explained that before the interior was demolished, some of the building was a mystery.

“It was hard to know what was behind all of this,” he said. “Until we ripped everything off, we weren’t sure how bad it was.”

Designed in the Spanish Colonial Revival style, the front part of the building facing First Street was completed in 1929 and the section in back along Coombs Street Plaza completed in 1935.

From the outside, the Gordon Building will retain its historical look, Zapolski said. The two-story building was listed on the National Register of Historic Places in 1985. It is named for businessman Samuel Gordon, a developer who owned downtown real estate.

During Tuesday’s tour, Mazotti said that a few bits of the past were found inside the building, including 1940s-era test print newspaper sheets from the Sacramento Union, an old camera, a few binders of Playboy magazines from the 1960s to the 1980s and “vintage” computers. Napanet was once a tenant.

The building renovation could be done as soon as October, said Mazotti. Tenants could move in as early as the first quarter of 2020.

Zapolski noted that the building is also located within the downtown Napa Opportunity Zone.

A little-noted provision of the new tax law allows investors to avoid paying taxes on all or part of their capital gains from investments in areas designated as “Opportunity Zones.” The goal is to spur development in traditionally overlooked areas.

Zapolski said he’s hoping that designation will draw both investors and business owners who’d like to take advantage of the tax breaks.

“It’s enough to get people’s attention,” he said.

The demolition of the interior has uncovered old flooring, brick, archways, moldings and other finishes including a hanging pendant chandelier. Zapolski said he plans to preserve as much of that as possible.

When leasing historic properties, tenants like such authentic touches, he said. “The more funky, the better.”

The Associated Press contributed to this story.

Customers might see the name Napastäk and think it’s a perfect fit for the Napa-based epicurean boutique.

Within the first few months of the year, a new wave of tasting rooms will open downtown, giving an urban presence to a cast of established Napa wine companies.

First Street Napa announced that Toy B Ville will open in the new center on Dec. 6. The new location is 1300 First St., Suite 261, near Compli…

First Street Napa announced that a Macbella retail store will open at 1300 First St. It will be located by Compline wine bar + restaurant + merchant.

Mayacamas Vineyards will open a downtown tasting room at the First Street Napa complex this fall, according to a news release.

A hallway inside the Gordon Building which went up in two phases starting in 1929.

Skylights provide natural light to the second floor of the Gordon Building on First Street.

Inside Napa's historic Gordon Building at 1130 First St. The property is being renovated and retrofitted.

A view of the Native Sons of the Golden West building from inside the Gordon Building on First Street.