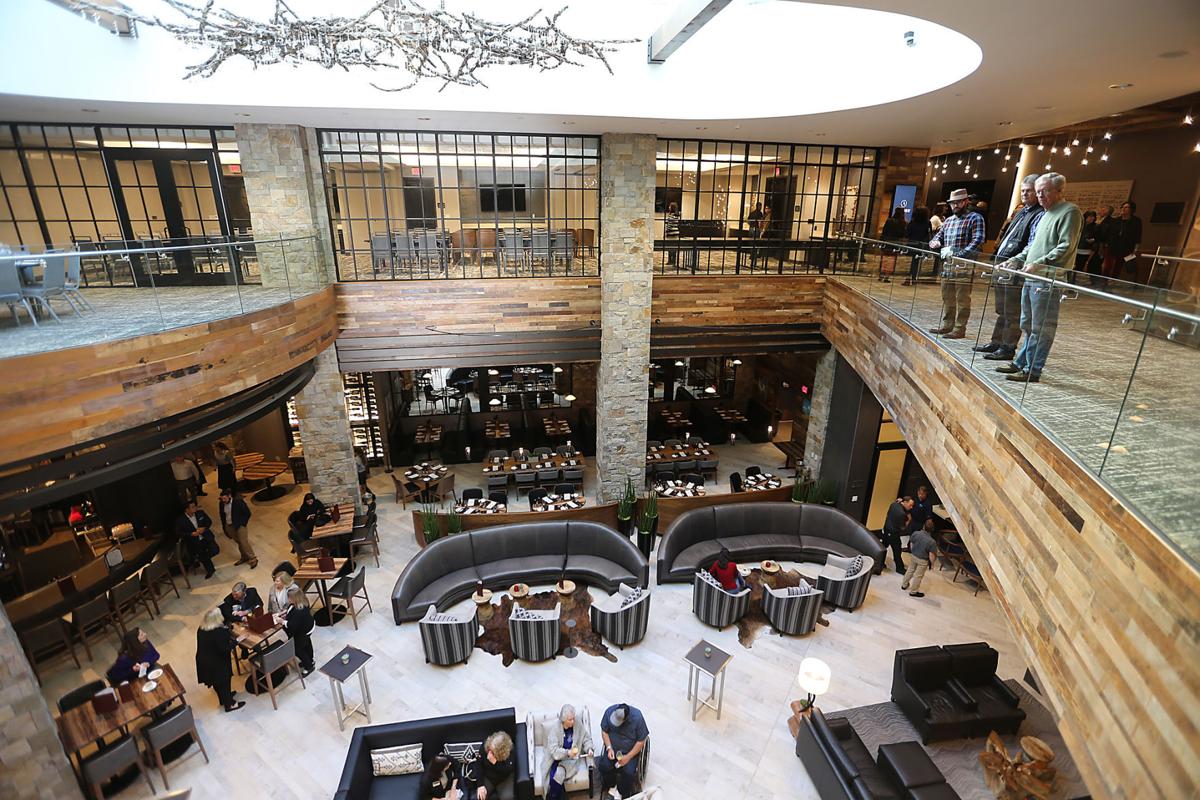 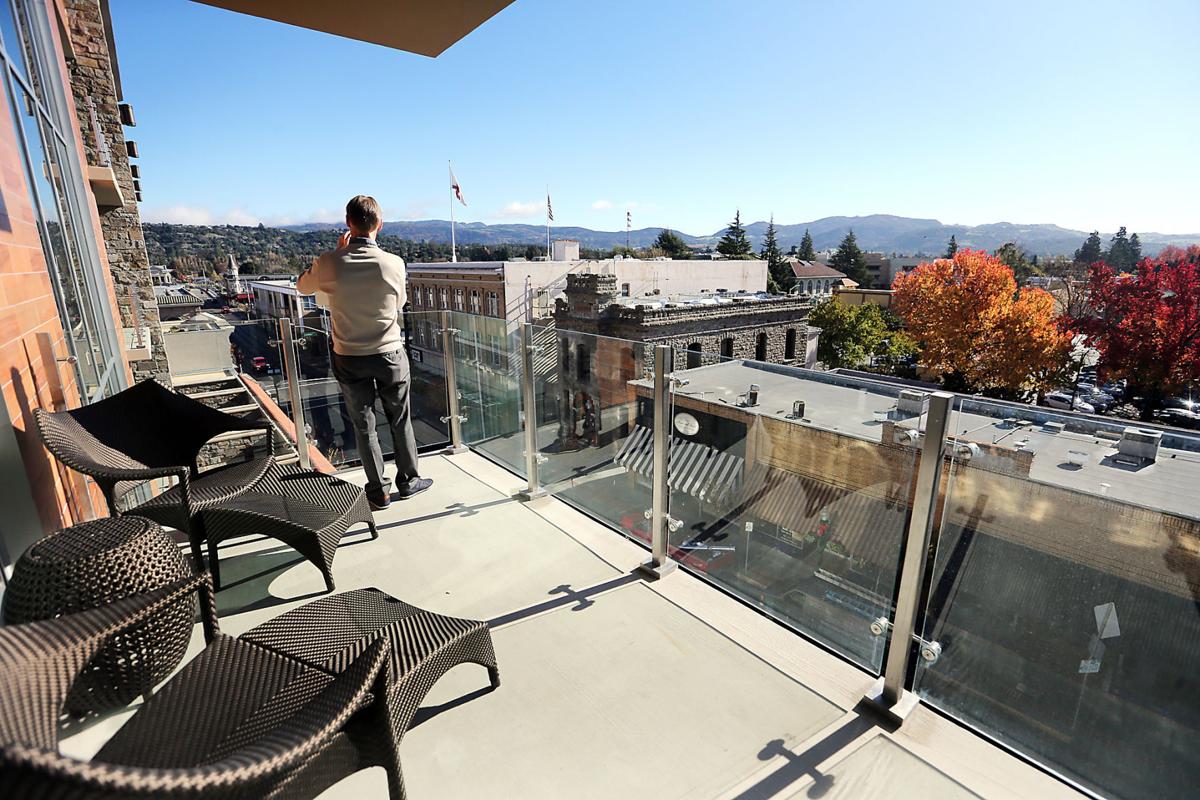 Guests attending a ribbon-cutting ceremony on Monday morning were able to take in the views of downtown Napa from one of the balconies. 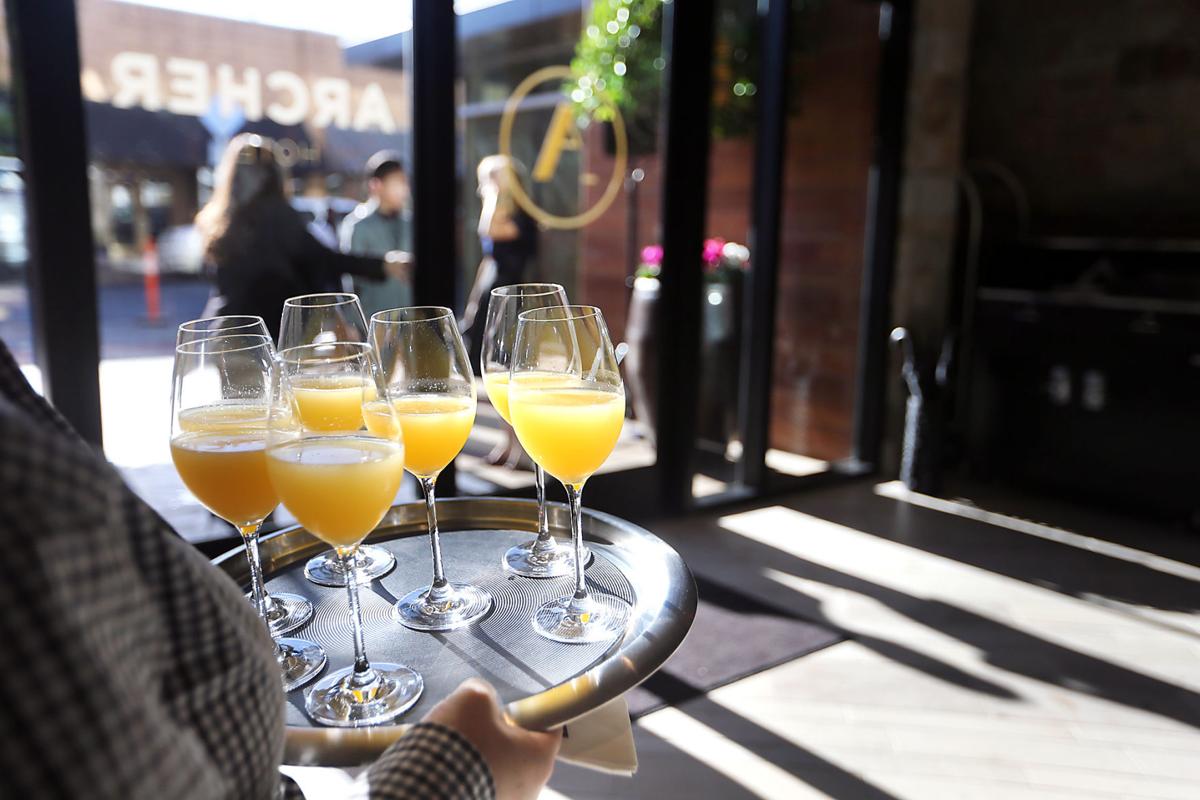 Arriving guests at Archer Napa were served mimosas at the ribbon-cutting ceremony on Monday morning. 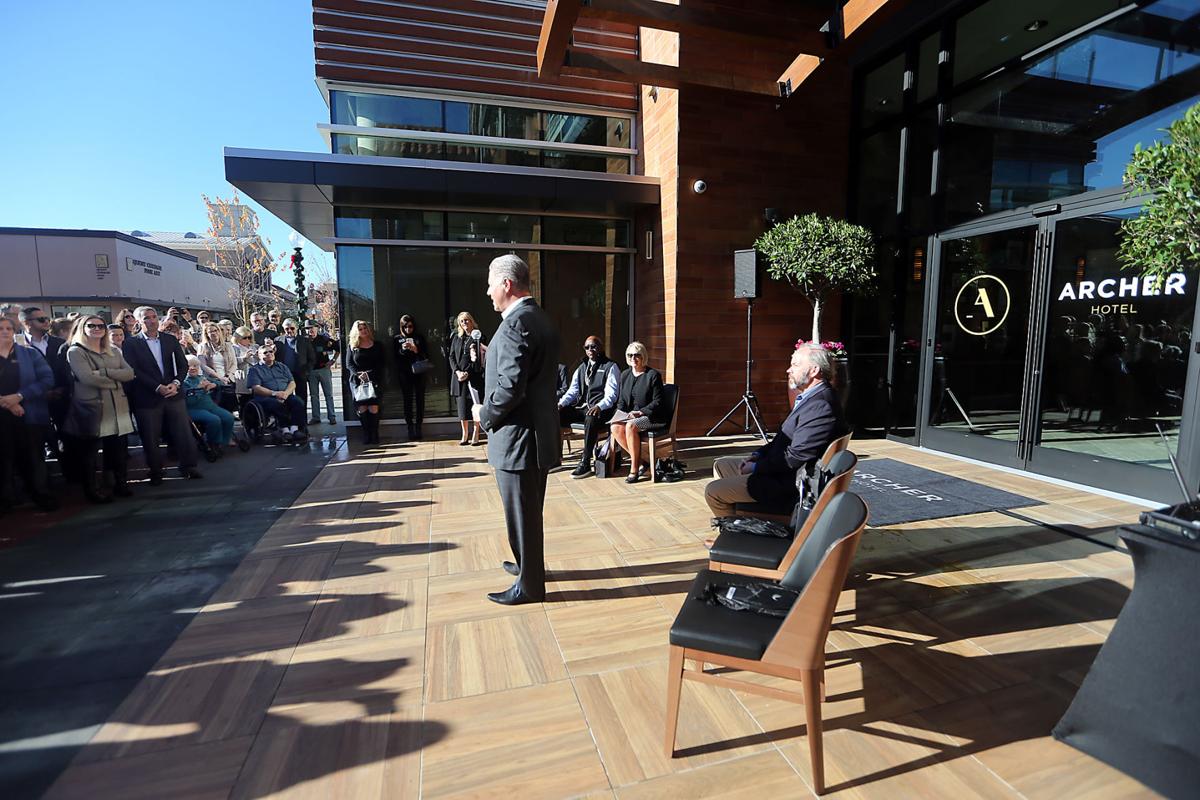 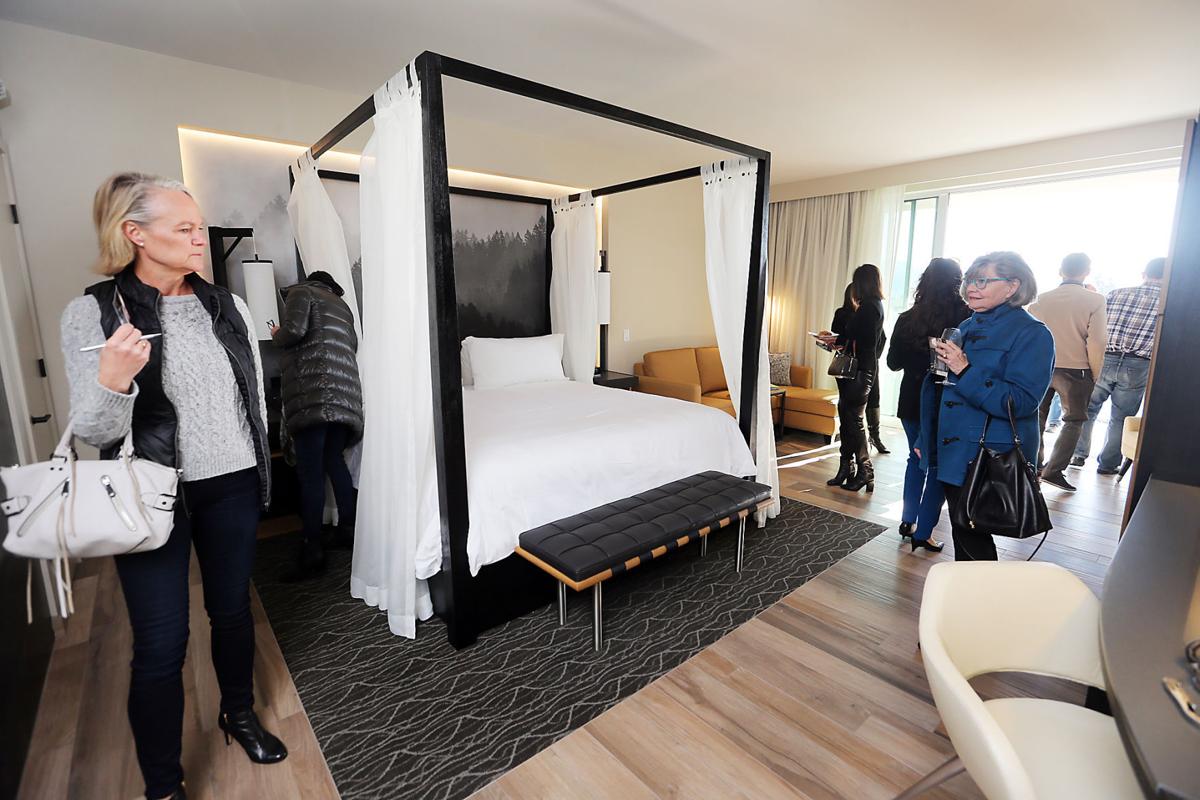 Removing their shoes, the ribbon-cutting team gamely stepped into the slippers at the start of the symbolic ceremony, held at the entry of the hotel at 1230 First St.

“We have waited a very long time to open,” said Michael Collins, general manager of the luxury boutique hotel. “It’s been a passion project that even Mother Nature (and) earthquakes, rain and fire” did not deter.

A crowd of downtown merchants, Chamber of Commerce members and others gathered at the site at 10 a.m. for the ceremony.

“This is a real milestone,” said Techel. “It’s great to get the scaffolding down and connect First Street.” For a year and a half, the sidewalk in front of the hotel had been closed.

“This is the dawn of a new era,” said Napa developer Jeff Doran.

“My gosh, look at this,” he said of the hotel’s interior. “It’s exceeded everyone’s expectations.”

“You walk in and you think you’re in New York,” he said. “They did a great job.”

While Johnston admired the hotel, he said it did make him wonder, “How many hotels does downtown need? I hope we’re not overdoing it.”

Zapolski described his reaction to the hotel opening in two words: “Oh boy.”

“We knew this would be a game changer in downtown,” he said.

With Archer Napa now open, “It gives us great momentum” at his First Street Napa project, he said.

Retail and other prospects for his part of the project can now see the development coming to life, he said.

“This is real,” said Zapolski.

The hotel and Charlie Palmer Steak Napa, located inside the hotel, are open for business, but not every Archer Napa amenity is up and running yet.

As of Monday, a total of 131 rooms out of 183 are available. The fifth-floor hotel rooms should be complete by early January, said Collins.

The rooftop area is still under construction, he said. That will include a pool, fitness studio, spa and other amenities. That space should open by early February, he said.

Retail stores under the hotel has yet to open. One tenant, the Maris Collective retail shop, has announced that it will be a tenant.

Compline Wine Bar, Restaurant & Merchant also opened near the north side of the hotel in the former Gillwoods space.

After the ribbon cutting, as Collins removed his slippers and put his work shoes back on, the GM noted that he’s been a part of several other hotel openings such as a 3,000-room hotel called the Palazzo in Las Vegas.

However, “this was a lot more work,” said. Creating the Napa Archer was like building a custom-built home, Collins said. But, “We finally made it.”

The first Archer Napa guests, who will occupy four rooms, arrived Monday, said Collins. A special surprise has been left in the rooms for those inaugural visitors, said Collins, who wouldn’t reveal what the surprise was.

In 2014, the developers estimated the cost of the project at $70 million.

First retailers at First Street Napa to open next year

Shoppers looking to visit the new retailers promised at First Street Napa complex will have to wait a little bit longer. The opening date for …

The opening of Napa’s newest downtown hotel has been postponed to Dec. 1, due to work delays as a result of the October wildfires.

Back in December, Napa’s Archer hotel was a shell of exposed metal, steel beams and concrete.

After almost five years of planning and development of First Street Napa, the first national retailer has been announced.

One of the most distinctive flourishes of the Archer Napa, the city’s newest and tallest building, has land-use planners’ stamp of approval.

Towering over downtown, Archer Napa more than half complete

Wearing orange safety vests and white hard hats with the word “Archer Napa” printed on them, a small group of construction managers and a hote…

Before the Archer hotel can open in downtown Napa, First Street must close – for a morning at a time, starting Wednesday.

Depending on who is being asked, Napa’s newest hotel brings to downtown a taste of the big city or a vacation hideaway – or perhaps both at once.

The heart of Napa continued its transformation into a high-rent tourist hub in 2017, a trend symbolized by – but not limited to – the opening …

Changing times at Visit Napa Valley: In search of a new president

When Clay Gregory became president/CEO of Visit Napa Valley nine years ago, the Napa Valley tourism industry was in recession, with lodging re…

Former Exertec building to be carved into six to eight shops and offices.

Guests attending a ribbon-cutting ceremony on Monday morning were able to take in the views of downtown Napa from one of the balconies.

Arriving guests at Archer Napa were served mimosas at the ribbon-cutting ceremony on Monday morning.