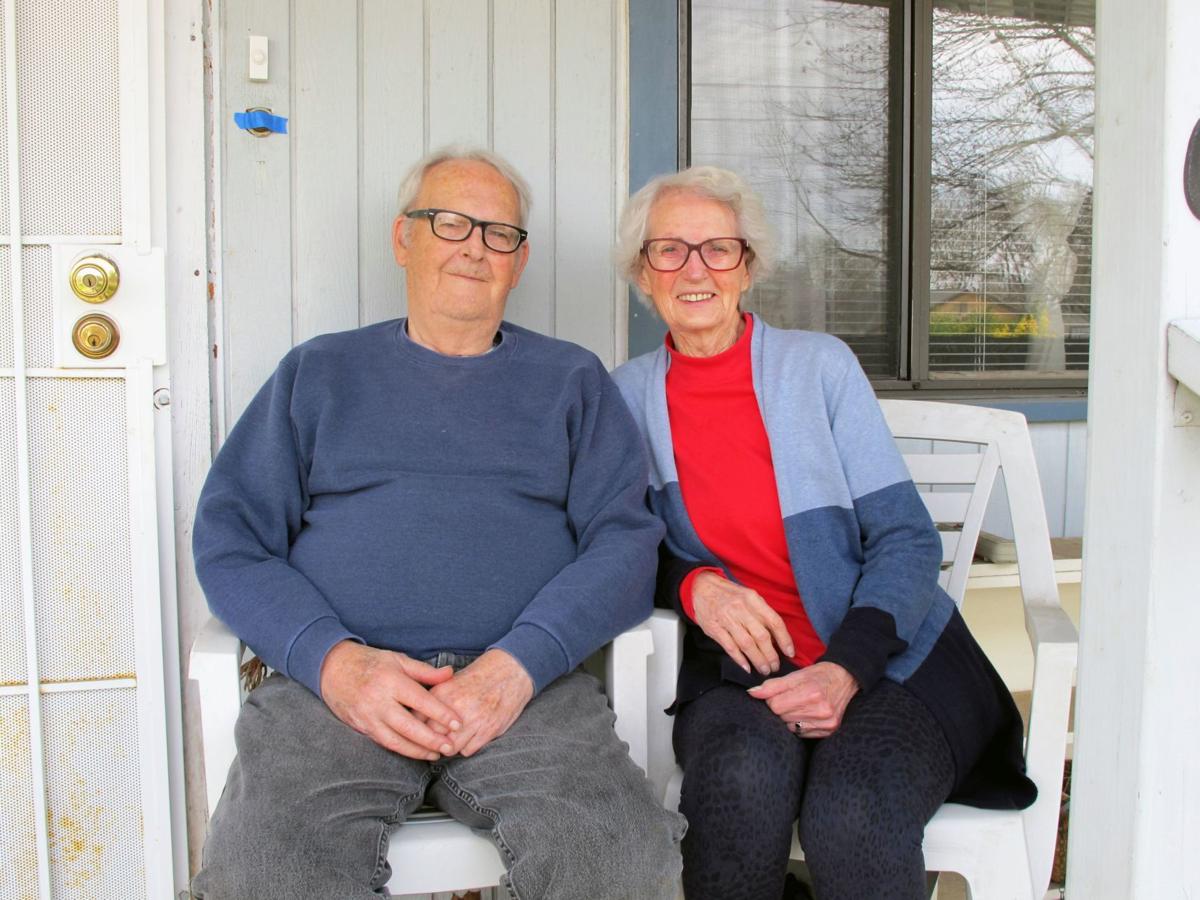 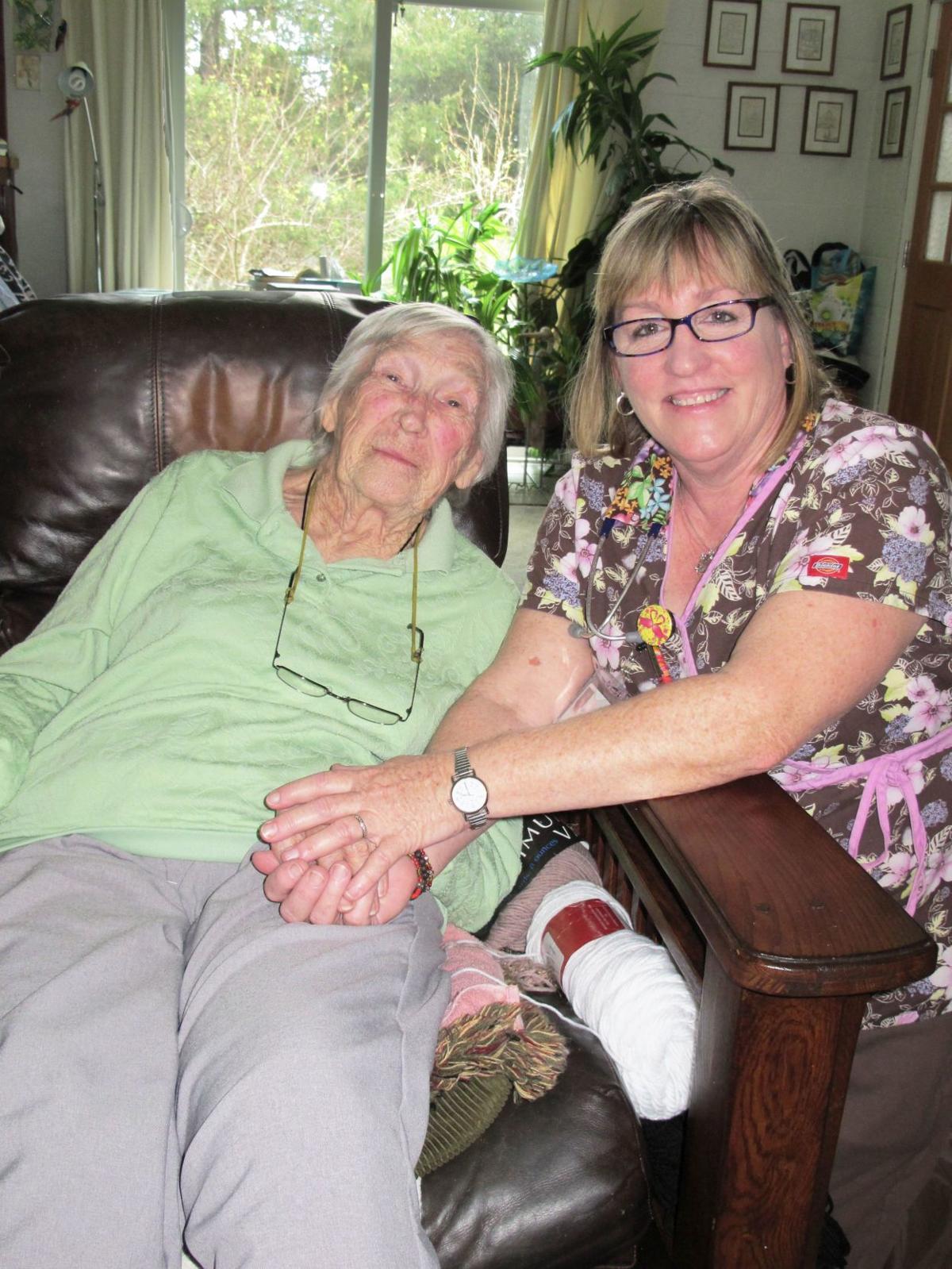 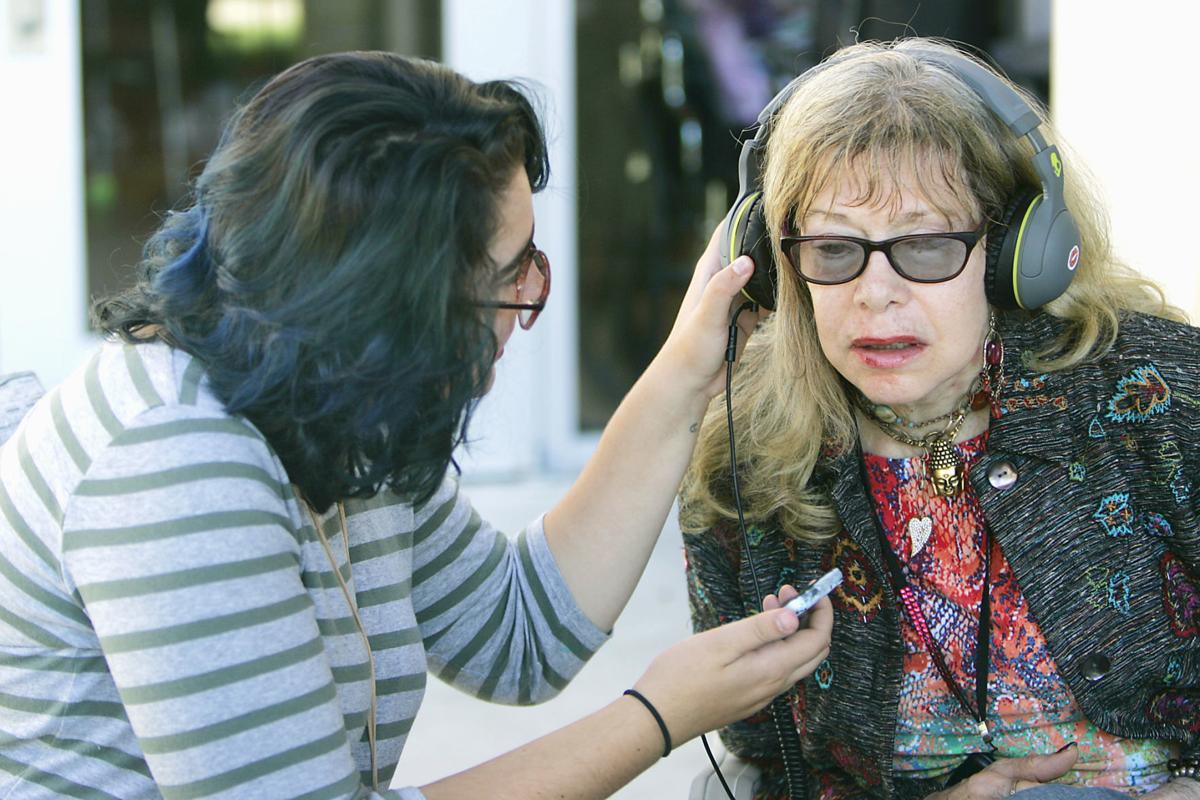 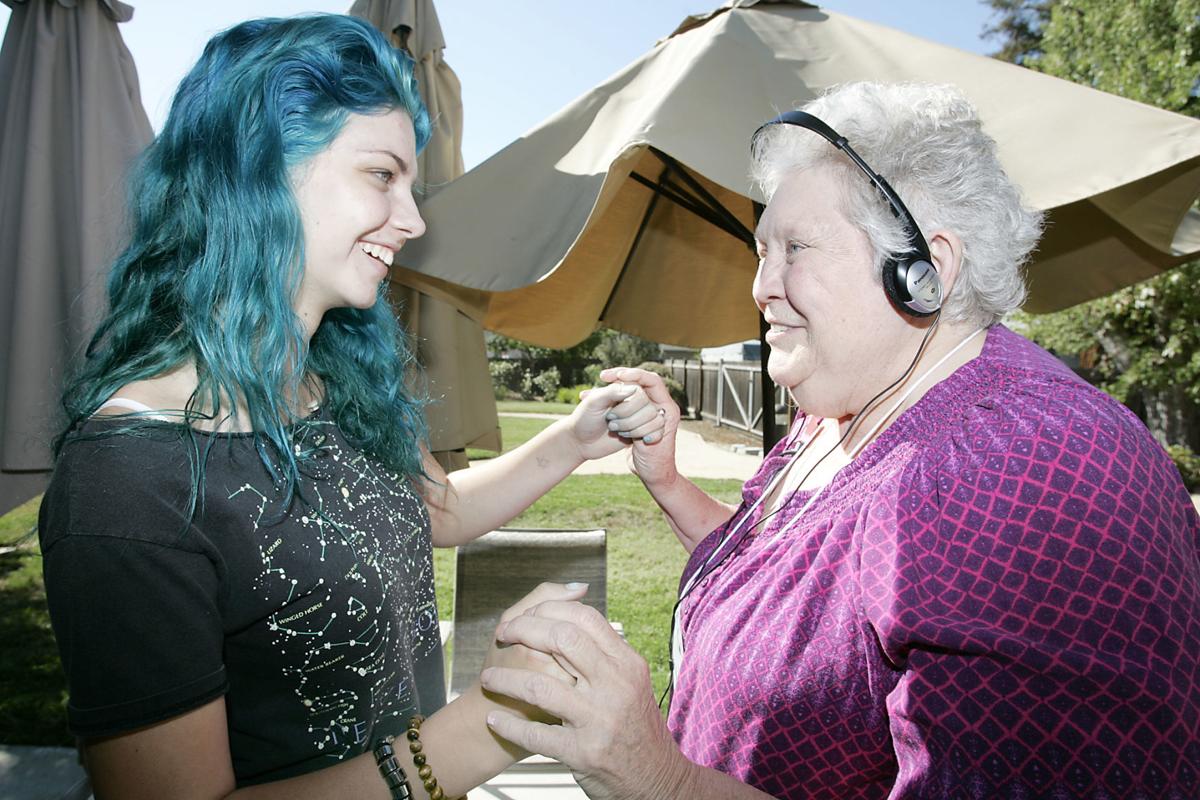 Jean Chapman, 92, and Neal Brown, who turned 89 earlier this year, share an unfortunate similarity. They are both terminally ill. Chapman has heart disease and Brown has both heart and kidney disease. Yet in a rather refreshing way, these two remain in high spirits and radiate hope and warmth to all around them.

And for totally different reasons, they both said they are not afraid to die.

In interviews this spring, they credit their upbeat ways to family and friends and to Collabria Hospice of Napa, which is celebrating its 40th anniversary. Collabria officials purposely did not plan any major events to mark the occasion, instead saying they want their record of helping terminally ill patients to speak for them.

Brown, who lives in the city of Napa, and Chapman, who lives in Napa County, both said they could not manage the end of their lives without Collabria’s help.

“We get along delightfully,” said Brown.

“I’ve had a marvelously great life,” said Chapman. “We turned to Collabria 22 years ago when my husband Jack died. I was just so appreciative of their help during Jack’s death. They did not intrude. They would ask questions and help me make a choice.”

Chapman is sharp, funny, and witty. “Collabria Hospice is terrific,” she said, “And Hospice of Napa Valley [as it was called back then] helped both of us cope during Jack’s final days.” Her husband, she said, was just like her. He just wanted to live the rest of his days at home. “I’ve had a great life. Fifty years in a good marriage. So what’s to complain about?”

Answering her own question, Chapman said she had no regrets, nothing left undone, and she was ready to die. “It’s the way I look at the world. After you die you don’t remember anything, so why care?”

“I’m a very devout Christian,” said Brown, “so I look forward to death.” He was stoic about any pain he might feel. “I pray to God all the time.” Brown had a heart attack in 2005. “If I get a stoppage of the heart now, it is all over.”

“Rather than calling it ‘religious,’” Geriatrics and supportive care doctor Michael Mason at Napa Kaiser said, “I call it ‘spirituality’.

“I think the key with Collabria is not just hospice.” Mason said. “Collabria is a step ahead of everyone else.”

Collabria Hospice works with people with serious illnesses. It has day care programs for people with dementia. They do a lot of care, he said, and serve lots of people in the valley.

Mason said he believes in a higher being. “People [with] some type of spiritual belief tend to have less distress” at the end of their lives than those who do not.

Kaiser considers Collabria Hospice a partner in working with terminally ill patients. “Society is trying to figure out how to understand and deal with the end of life,” he said.

Collabria Hospice Care marketing manager Robbie Hayes agreed. When he first got in touch to request coverage for Collabria Hospice’s 40th anniversary, Hayes wrote “Probably the most impressive aspect is the way we have used innovation and our resources to respond to real and developing needs in our community … since we first opened our doors as an all-volunteer agency in 1979.”

No one softened their words when talking about death. No one spoke of “passing”, or “departed”. Or in hushed tones. Everyone confronted death head on. There was no remorse from these terminally ill patients. No obvious depression. Not even anxiety.

Brown’s sister, Alveda Meneely, said doctors won’t tell her brother how long he has to live. “Could be today,” she shrugged and said. “Could be tomorrow. One year, or five.”

Yet people who visit call this the “Happy House”. Thanks to Brown’s upbeat manner, everyone leaves in a good mood.

“He’s easy,” Meneely said. “He not only does his own laundry, he cooks his own meals.” Because, she said with a laugh, “He doesn’t like my cooking!”

Chapman needed only one word in describing her life now. “Yippee,” she exclaimed as she threw her arms up into the air with gusto.

And without missing a beat she added, “Thanks for the memories.”

Collabria Care announced that it has been awarded a $1 million grant to implement an innovative project called Dementia-Capable Napa County.

The quality of care given five patients resulted in disciplinary action against a St. Helena doctor.

Collabria Care, which provides a range of services for the Napa community,  will hold its annual fundraiser online this year.