Similar to 50 years ago, rare wildflowers and other plants are signaling a rejuvenation of life on Mount George, while providing spring pastel colors to the blackened landscape.

One of the rarest and most vibrant wildflowers Land Trust of Napa County has found on its Foote Botanical Preserve on Mount George, on the hillside east of Napa, is an annual flower that appears only after a wildfire: the Fire Poppy (Papaver californicum).

Fire poppies grow from seeds that can lie dormant in the soil’s seed bank for many decades. Known as an “obligate” fire follower, these plants need a cue from the fire to germinate.

According to the fall 2007 issue of Fremontia, the quarterly journal of the California Native Plant Society, fire poppy seeds take their germination cue from the smoke of the wildfire. Add some water from the rainy season and plenty of sun, now that the bushes and shrubs are creating less shade, and the fire poppies have what it takes to come alive.

It wasn’t until coming across a Mount George neighbor who had lived in the area since childhood that the Land Trust’s consulting botanist Jake Ruygt got anecdotal confirmation that the fire poppies had appeared on the mountain before.

“I got to talking with him and he said he remembers seeing them when he was 7 years old after the fire in 1964,” said Ruygt. “Granted, he may not be a botanist, but the flower is very distinctive and hard to miss.”

In September of 1964, wildfires that started with the Hanley Fire on Mount St. Helena included the Mount George Fire that burned homes and the majority of the vegetation on Mount George.

Fifty-three years later, the wildfires of last October played out in a similar fashion, with the Atlas Fire burning Mount George this time. Crooked black limbs of manzanita and chamise were most of what was left of the chaparral (shrub) vegetation that once dominated the property before the fire.

Now, six months after the fire, across the 770 acres of permanently protected land, you will find not only wildflowers but bright green ankle high seedling shrubs covering much of the ground, like a ragged carpet blanketing the mountain around its rocky outcroppings.

Among those plants are the beginnings of chamise, toyon and manzanita regrowth from the bases of burned stumps. Coast live oak, ground rose, rare Napa Lomatium, and the very rare Napa checkerbloom have also been spotted in the regrowth.

Ruygt, who is tracking the post-fire vegetation recovery on the Foote Preserve as well as taking inventory of all the plants there, has been surprised in ways he didn’t expect during his work on the preserve.

“The lack of some species that I expect to see after most burns like whispering bells and false gilia and the abundance of others such as Fremont’s star lily, Solano morning glory, and common rush rose are just a few of the many things that fascinate me,” said Ruygt.

These native plants are clearly well-adapted to survive in a place with such a long history of fire. The return of wildflowers not seen in over 50 years is a dramatic testament to that resilience.

Get ready for Napa County's own ‘super bloom’ this spring

Despite a reckless story online, Prince William and Kate are not seperated

Despite a reckless story online, Prince William and Kate are not seperated 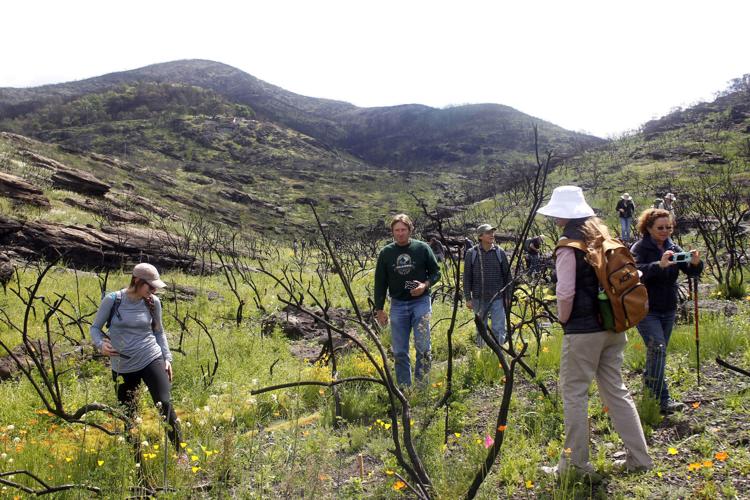 Local botanist Jake Ruygt, center, recently led a hike on the Land Trust's Foote Preserve to see the fire poppies and other plants rejuvenating the Mount George landscape east of Napa after the Atlas Fire. 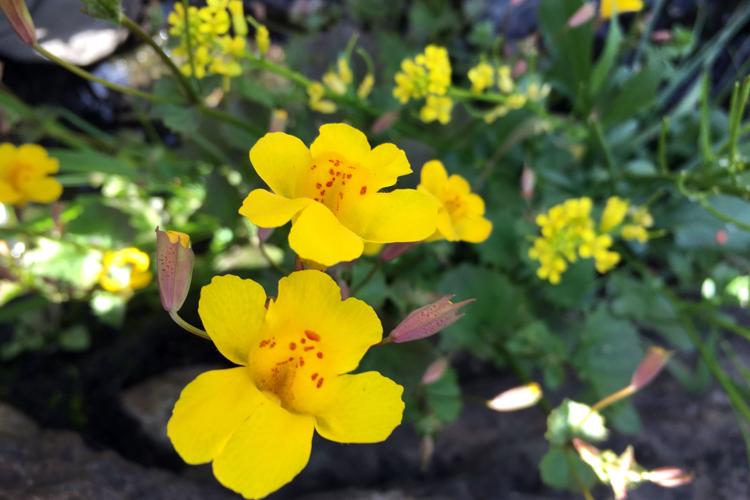 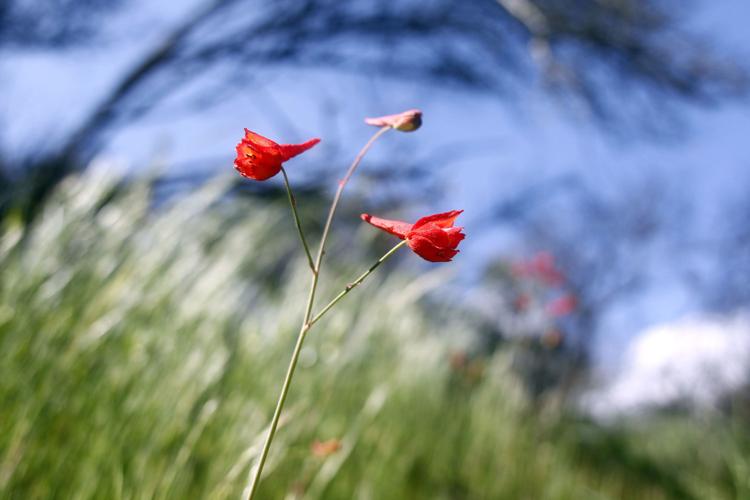 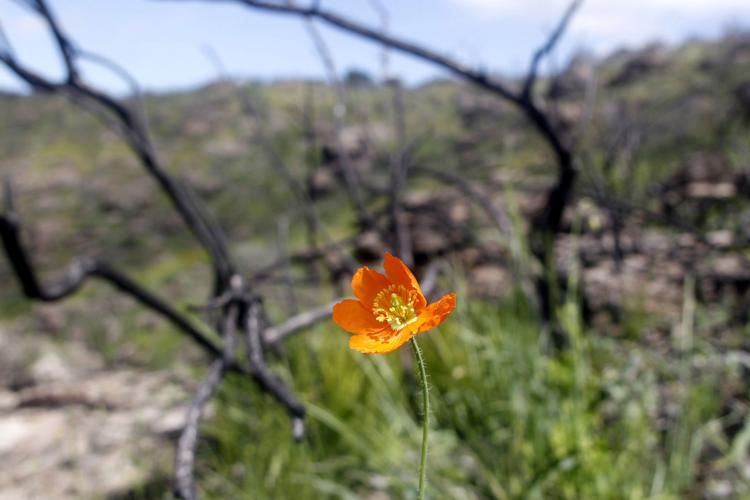 The Fire Poppy (Papaver californicum) is known as a fire follower that gets its germination cue from the smoke of a wildfire. Photo by Jorgen Gulliksen - Land Trust of Napa County 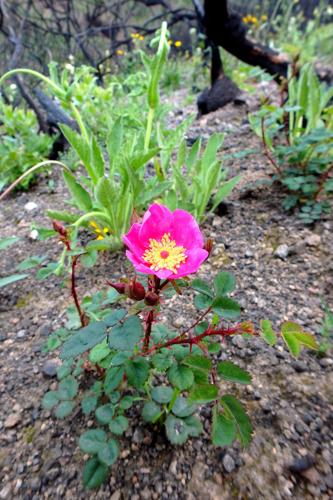