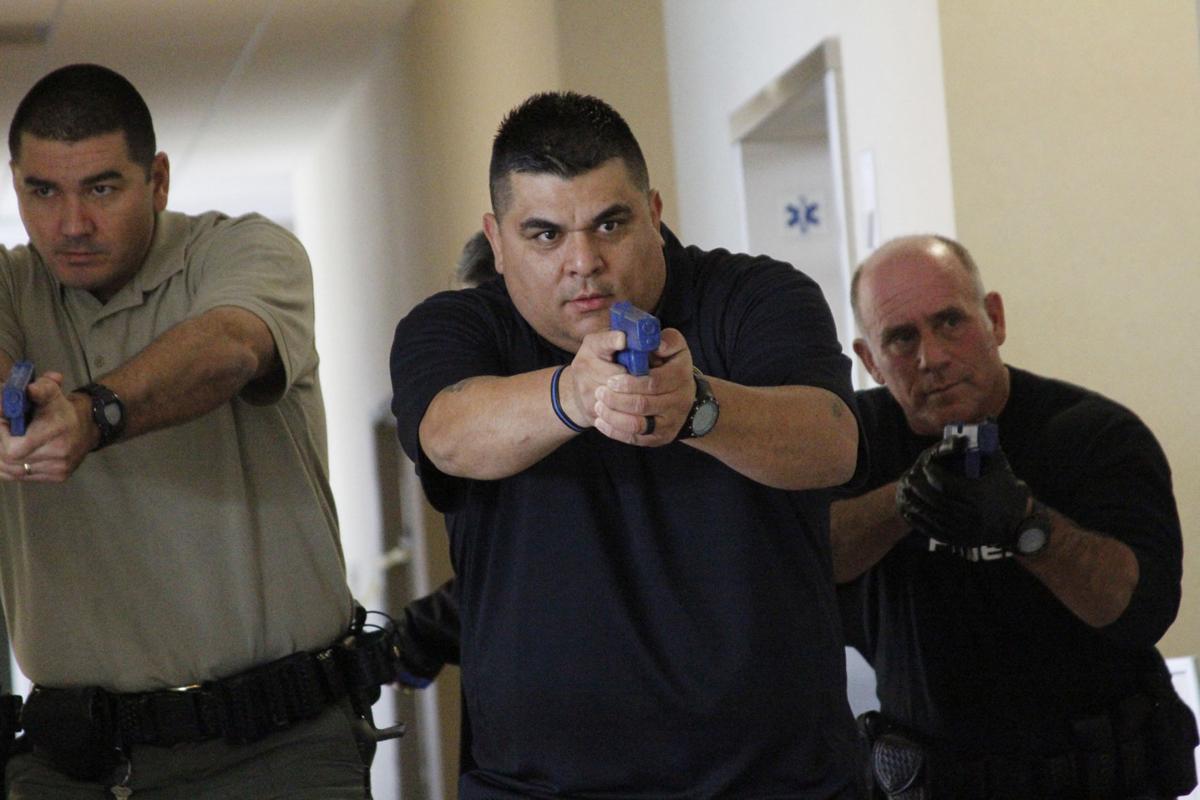 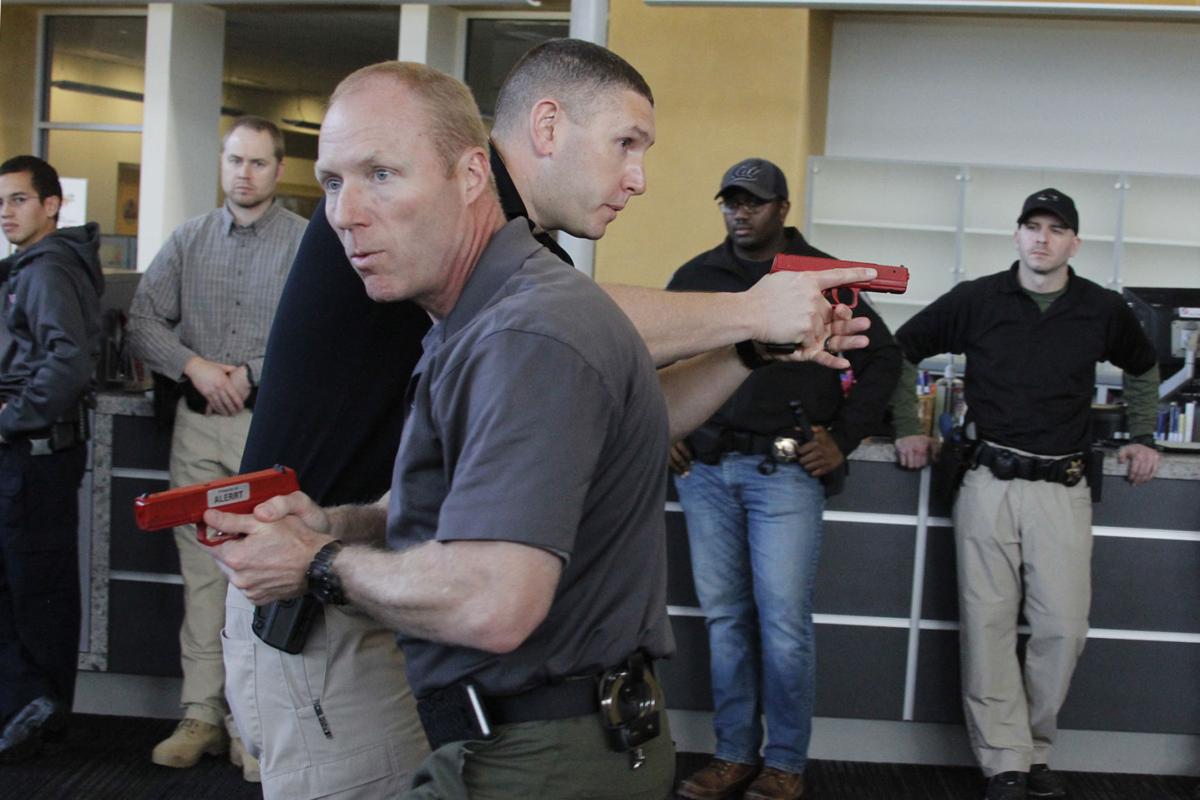 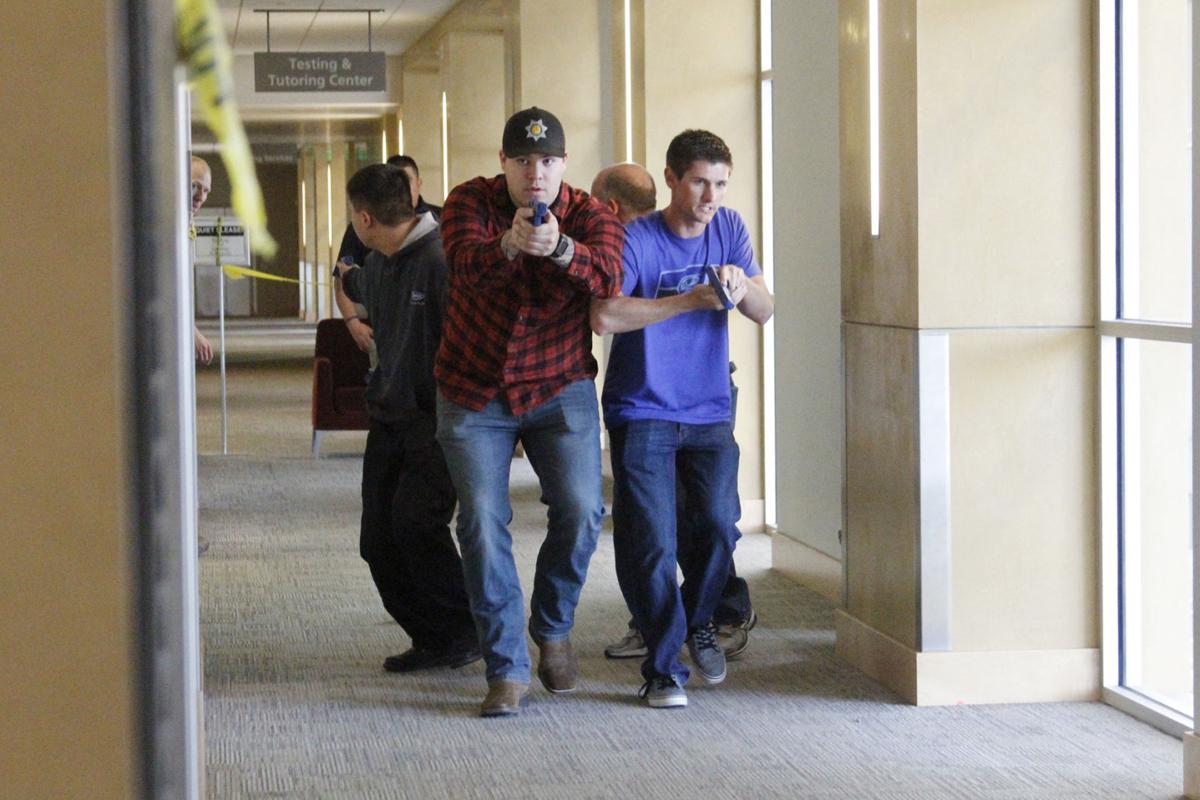 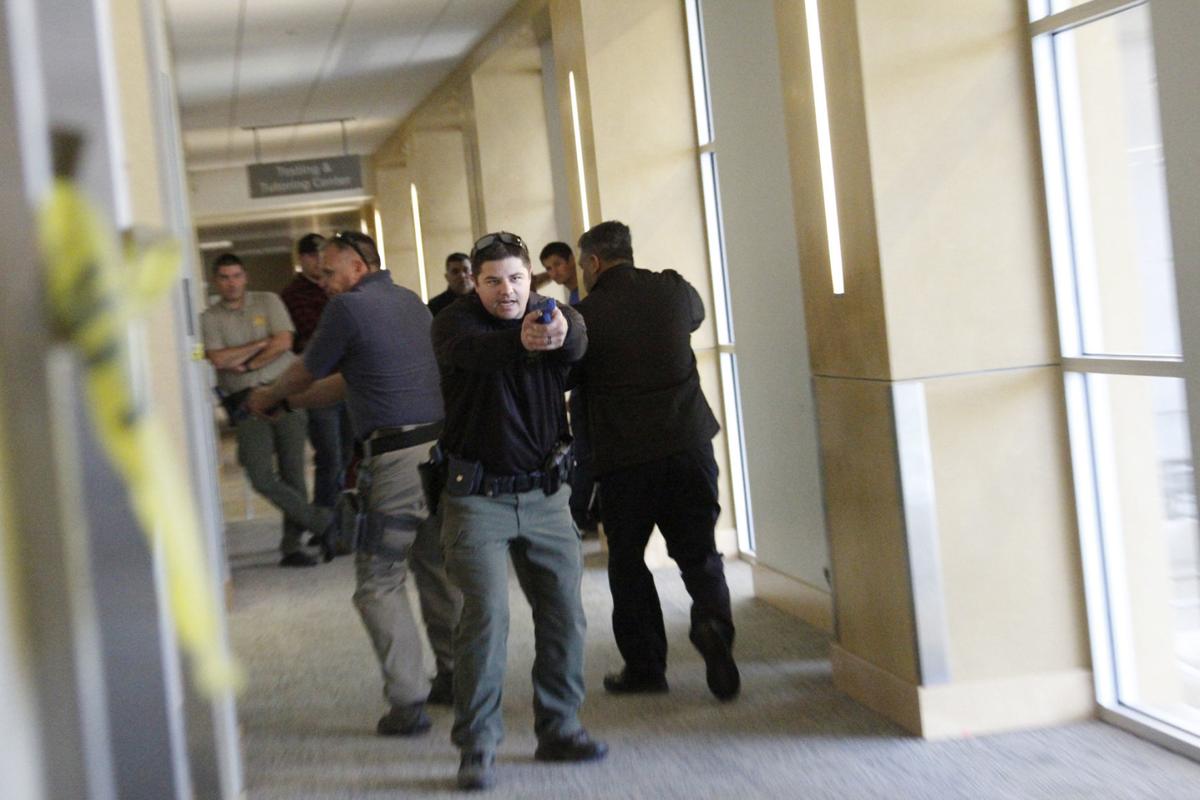 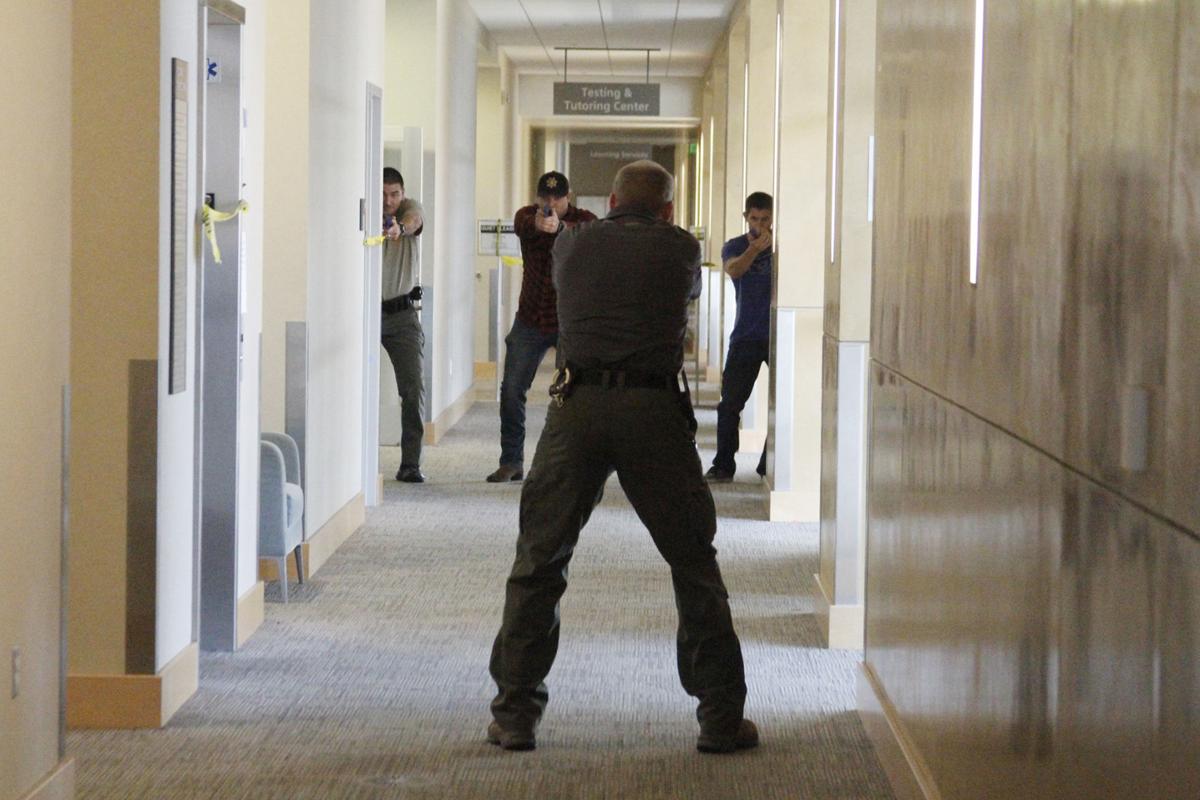 In the last two decades, there have been dozens of incidents where an active shooter terrorizes and kills numerous people, seemingly without reason.

“We never know where it’s gonna happen, so we all have to be prepared,” said Sgt. John Hallman, Napa County Sheriff’s Office, who participated in Thursday’s training. “If we think that we’re above or beyond a major incident happening so we don’t have to train to be prepared, then we’re not doing what the public pays us to do to be ready and to take care of them.”

Things have changed since the Columbine High School shooting in 1999. At that time, law enforcement officers weren’t trained to go in without backup, but they are now, said John Bennett, special agent in charge of the FBI’s San Francisco Field Office.

“Columbine was the pivot point for law enforcement,” Bennett said. Instead of waiting for the SWAT team, responding officers are going to be the ones going into active shooter situations, putting themselves between shooters and victims and, ultimately, trying to stop the killing.

“We have seen since then, from Sandy Hook to Las Vegas, that time is of the essence,” he said. “You don’t have the luxury to get a SWAT team engaged with an active shooter.”

“Every minute that you wait are lives lost,” Bennett said.

It doesn’t matter whether an officer is on-duty or off or if there is backup or not, the first officer to arrive is going to be moving toward the threat immediately. This will be the case even with departments that have an adequate SWAT team, he said, because by the time they get there, it will be too late.

“In Sandy Hook, about every 11½ seconds, somebody was killed,” Karch said. “The active shooter is there to kill – they’re gonna kill until they’re stopped.”

Even if the first officer responding to the scene isn’t alone, they may not be with someone from their department – there may be one sheriff’s deputy, one officer from highway patrol and one school resource officer, so having some sort of standard training is helpful.

The responding officers may have different weapons and different tactics, but when they respond to one of these incidents, they have to be able to work together to move toward the threat, Bennett said.

“We’re training these guys on how to move as a team,” he said.

On Thursday, about 30 officers and deputies from around the area, including the Napa County Sheriff’s Office and Calistoga Police Department, invaded the college library to train on different formations. Instructors demonstrated multiple ways to stand – whether there is only one officer or seven officers – to guarantee the most visibility and protection.

The FBI tries to make their active shooter training as realistic as possible. That’s why it was held in the college library, where something like this might actually happen, and not a warehouse. It’s also why the officers were supplied with Simunition guns – paint guns similar to the guns officers actually carry.

“We train with the weapons system we carry all the time,” Bennett said. “These are the guns that fit our holsters.”

Then, while the officers are training on how to move as a team, where to look and how to distinguish between a victim and a shooter, the paint rounds will be fired and flash bangs will be going off, simulating as much as possible a real active shooter scenario.

“We want to recreate that stress,” Karch said.

“In cases like in Las Vegas, they (officers) could be taking incoming rounds as they’re getting out of their car, you may not even have time to grab your vest or your weapon” Bennett said.

“You may be taking rounds as soon as you roll up on the scene, so that is what we’re teaching here as well – what do you do in advance of getting to that active shooter.”

If these officers ever face a real active shooter, they won’t be clearing rooms first, they will be in striking range of “the bad guy,” which is “terrifying,” Bennett said. But, he added, when what they’ve learned becomes muscle memory, they’ll just do it.

“A lot of this training is if we’re off duty and encounter another law enforcement officer, we can start being on the same page in how we communicate, what we’re going to do, how we’re going to be able to stop the threat better and be able to work together,” said Sgt. Tim Martin, Calistoga Police.

What will happen if the government shuts down?

What will happen if the government shuts down?

SWAT Team show-and-tell: Napa County Sheriff Citizen's Academy students get to shoot with the best of them

At a time when police performance is at the center of a national debate about use of violence and fair treatment, the Criminal Justice Trainin…

‘Coffee with a Cop’ event planned in Calistoga

After a 15-year hiatus, Chaplain Lee Shaw pulled out all the stops for National Peace Officer’s Memorial Day on Tuesday. A combination of bagp…