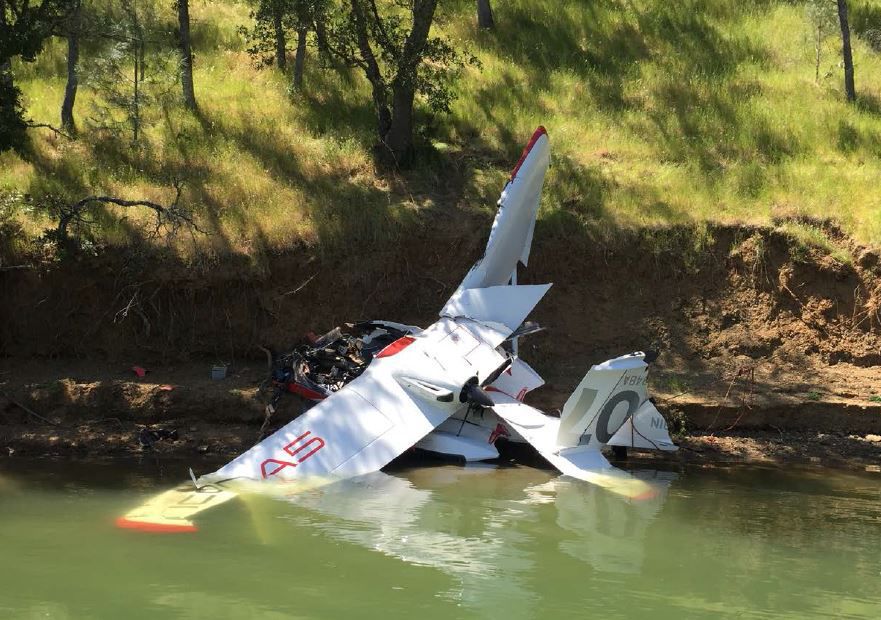 Pilot error caused a crash that killed two men in a small amphibious airplane on May 8 at Lake Berryessa, according to a National Transportation Safety Board report released Monday. 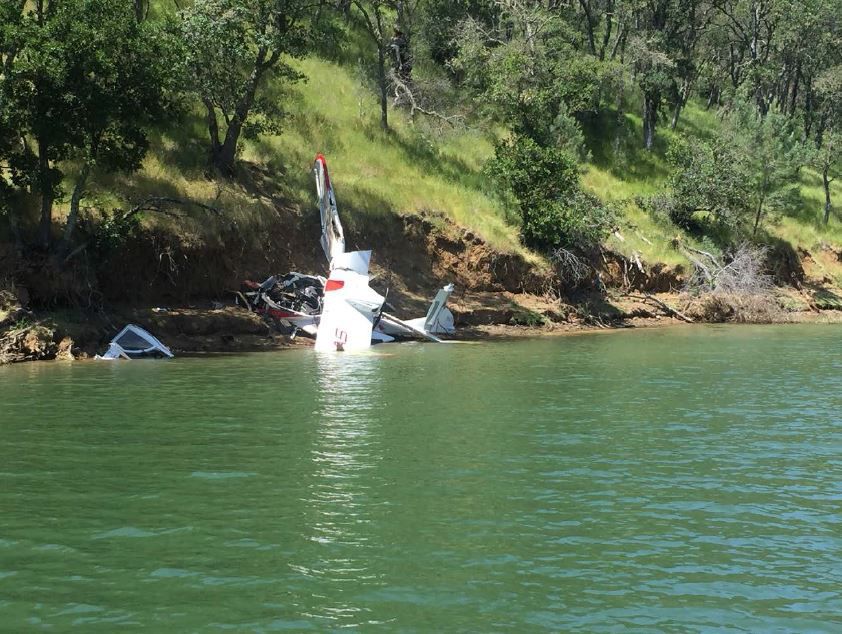 An ICON plane crashed into a cove at Lake Berryessa on May 8. Both men in the plane were killed. 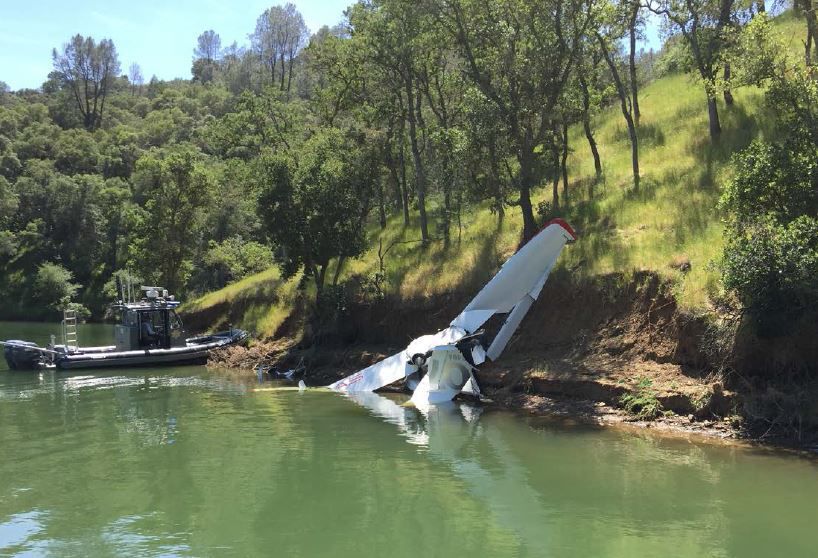 A law enforcement boat is seen near the May 8 plane crash at Lake Berryessa. that killed the plane's two occupants. 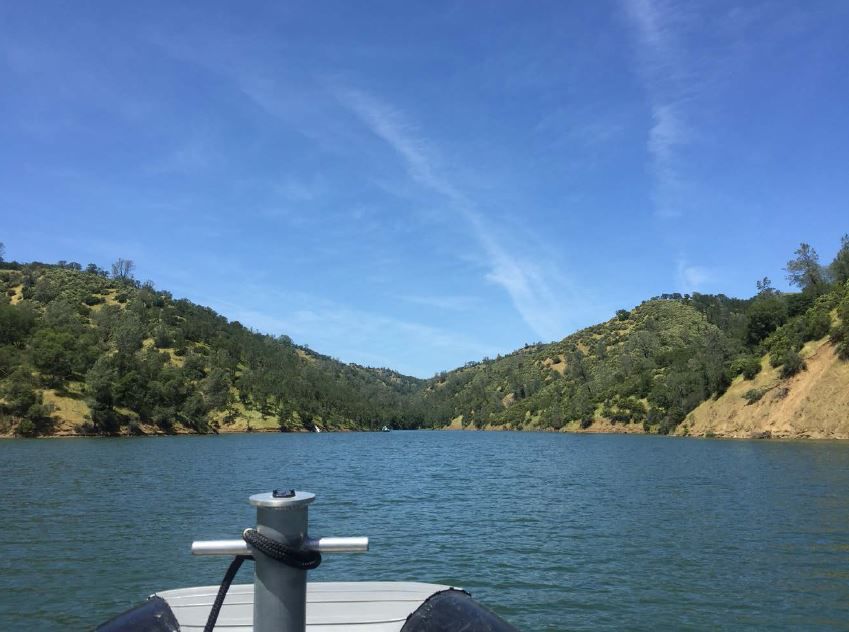 A view of the cove in Lake Berryessa where a plane crashed on May 8.

Pilot error caused a crash on May 8 that killed two men in a small airplane at Lake Berryessa, according to a National Transportation Safety Board (NTSB) report released Monday.

The pilot, Jon Karkow, of ICON Aircraft in Vacaville, was flying too low and mistakenly entered a canyon surrounded by steep terrain, the report stated. It is likely that the pilot thought he was in a different canyon that led to the larger, open portion of the lake, the NTSB said.

It is likely that once the pilot realized there was no exit from the canyon, he attempted to perform a 180-degree left turn to exit, according to the report. Based upon performance limits, the airplane would have not been able to climb out of the rising terrain.

According to the report, Karkow had taken off from the Nut Tree airport in Vacaville at 8:50 that morning. He was accompanied by passenger Cargi Sever, a new ICON employee. The plane reportedly crashed at 9:08 a.m.

The pilot intended to take Sever on a “familiarization flight” in the ICON A5 amphibious light sport aircraft, the report stated.

Right before the crash, Joe Clare of Concord, who was fishing in a boat with a friend named Preston Sherwood, witnessed the plane flying over the lake.

In a statement to the NTSB, Clare reported seeing the airplane shortly after 9 a.m., about 30 to 50 feet over the water at a cove called Little Portuguese Canyon. The pilot was flying about 30 to 40 mph, said Clare.

“As the plane passed I waved to the pilots and they waved back,” he said.

“Everything seemed normal,” said Clare. “It appeared as if they were just cruising the lake or coming in to land” on the water.

Five seconds later, “I heard the engines rev up and accelerate hard,” said Clare. The plane appeared to be trying to make a U-turn, he said.

The plane flew behind a point and then three seconds later, “I heard a very loud crash. We instantly knew the plane had gone down.”

Driving the boat over to site “as fast as we could,” they approached the left embankment of the cove and called out to the two men, “‘Are you OK? We’re here to help you.’”

There was no response, said Clare. “We did not know if they were alive.”

Clare said Sherwood got off the boat at the crash site to check on the men and saw they were both unconscious and not moving.

Sherwood said both men appeared to have neck, back and leg injuries “and were bleeding from the face.”

“We needed to get help,” said Clare.

Driving their boat back toward the Pleasure Cove marina, the two men called 911 and also made contact with a marina employee. Members of the Napa County Sheriff’s Office, Federal Aviation Administration, officials from Cal Fire and the U.S. Bureau of Reclamation came to the crash site.

ICON CEO Kirk Hawkins could not be reached for a comment on the NTSB report on Tuesday.

In May, Hawkins released a statement.

“This was a devastating personal loss for many of us,” Hawkins said at the time. “The thoughts and prayers of our entire organization are with the families of both people on board. They were both truly amazing individuals.”

On May 17, ICON’s director of flight, Shane Sullivan, provided a statement to the NTSB about the crash.

According to Sullivan, the Friday before the crash, Karkow asked Sullivan if he could take Sever on a flight that Monday because they would be working together at ICON engineering.

“I approved the flight,” Sullivan said.

That Monday morning Sullivan saw Karkow preparing for the flight, but he didn’t talk to Karkow.

The plane took off from the Nut Tree airport around 8:50 a.m., said the NTSB report. Shortly after 9 a.m., Sullivan said he was notified that an Emergency Locator Transmitter (ELT) was transmitting.

Sullivan and another ICON employee, Mike Turner, immediately got in another aircraft and flew to Lake Berryessa.

“After about 5 to 10 minutes of searching and multiple attempts to reach Karkow,” he saw boats heading into Little Portuguese Canyon. Then “we spotted the wreckage.”

Post-accident examination of the airframe and engine revealed no evidence of any pre-existing mechanical malfunctions that would have precluded normal operation, said the report.

The NTSB report of the May 8 Lake Berryessa plane crash.

Pilot error caused a crash that killed two men in a small amphibious airplane on May 8 at Lake Berryessa, according to a National Transportation Safety Board report released Monday.

An ICON plane crashed into a cove at Lake Berryessa on May 8. Both men in the plane were killed.

A law enforcement boat is seen near the May 8 plane crash at Lake Berryessa. that killed the plane's two occupants.

A view of the cove in Lake Berryessa where a plane crashed on May 8.