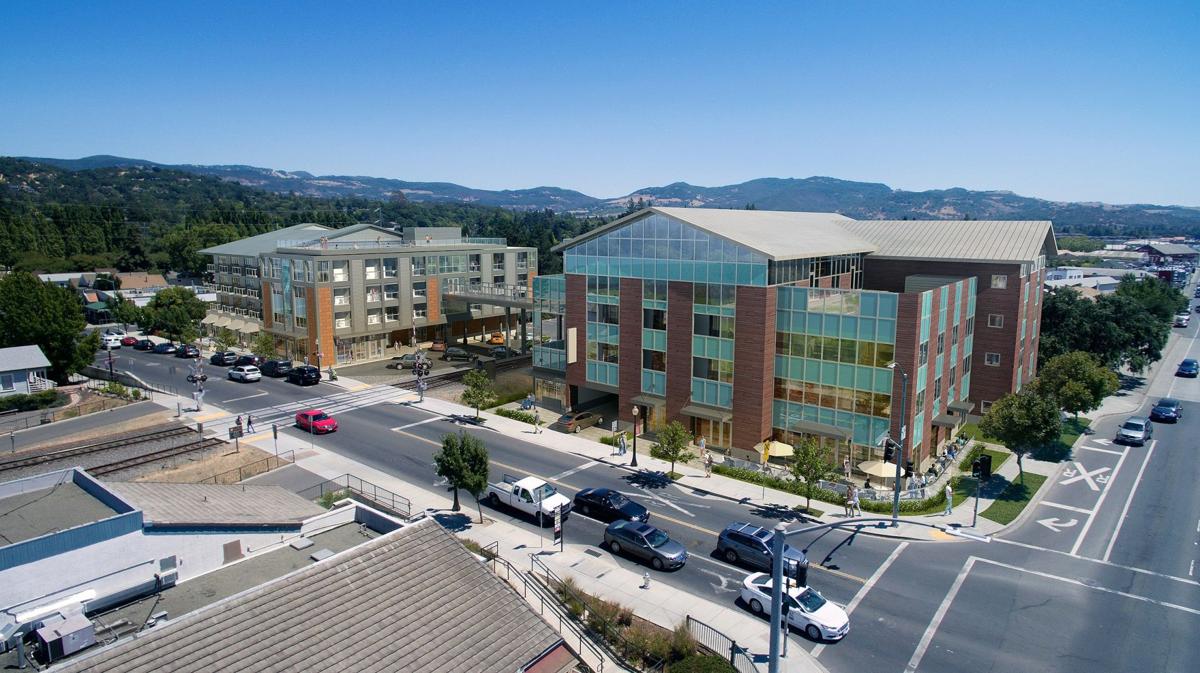 A Napa developer has submitted a pre-application with the city to create a mixed-use development called Foxbow along First Street near the Oxbow Public Market. This is an aerial view of the proposed design, looking south at the corner of Soscol Avenue and First Street. 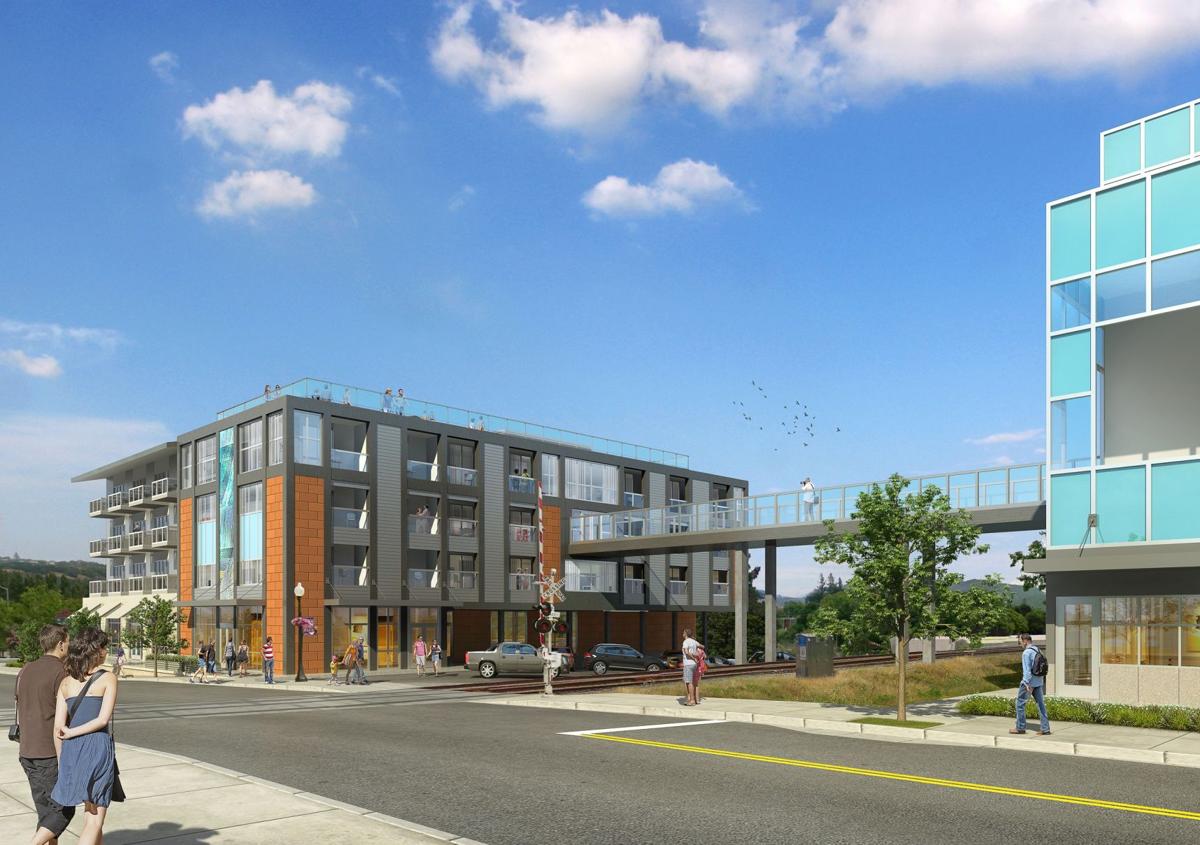 A view of the proposed Foxbow development, looking north, with Water Street in the foreground.

A Napa developer has submitted a pre-application with the city to create a 134,000-square foot, mixed-use development along First Street, diagonal from the popular Oxbow Public Market.

According to the applicant, Napa Realtor and developer J.B. Leamer, the goal is “to create a project significant enough to act as the gateway to the Oxbow District and the core of Napa.,” It would include a pedestrian sky bridge, pool and roof deck.

Leamer was unable to project an estimate of the project’s cost.

“We’re excited about what could happen here,” ideally something sizable, prominent and potentially iconic, Leamer said.

He declined to name his partners in the project, only to describe the team as a local “young development group.”

Everyone — from designers to investment partners — all live in Napa, he said. “This was a deliberate move to ensure everyone had a vested interest in the outcome of the project.”

Two existing homes and four buildings would be cleared to make way for the project. A home on the corner of McKinstry and Water Street is not included in the development.

Napa City Community Development Director Rick Tooker said it was too early to comment on the plans, as they had just been submitted. It’s a conceptual design, he noted.

“We’re going to have to look really closely at the Oxbow District. There are three to five other properties that are at some stage” of development or redevelopment, including the former Ritz-Carlton property on Silverado Trail, the County Water Street property, this property and the proposed Black Elk project on First.

“Not every one of them can have a hotel,” Tooker noted. “We’ll have to look carefully at the vision for that particular area and work with the property owners.”

Foxbow would sit on 1.07 acres, representing parcels owned by various owners who have agreed to be part of the project.

The west building is bordered by First Street to the north, the Wine Train tracks to the east, Napa River to the south and Soscol Avenue to the west.

The east building is bound by First Street to the north, a private residence to the east, Water Street and the Napa County corporation yard to the south and the Wine Train tracks to the west.

Target tenants for the retail include a specialty grocer or deli, artisan restaurants with patio seating, “and unique retailers who offer authentic Napa experiences. This mixed-use environment will keep people in walking distance to the most popular areas of Napa and stimulating local businesses.”

The design is described as “Farmhouse modern and industrial architecture” that will blend Napa’s history “with a tasteful yet modern appeal,” said the applicant.

The architecture is compatible with neighboring developments, including the Oxbow Public Market, the proposed mixed-use Black Elk development on the north side of First and CIA at Copia project, the developer said.

Subterranean parking would use a mechanical parking system. “This eliminates the potential eyesore created by a parking structure while providing the convenience of onsite parking,” according to the pre-application.

“We will have a lot more to share after we have time to work with community leaders regarding this project,” said Leamer.

Leamer said it would be anywhere from 18 to 36 months before it’s feasible to break ground.

He couldn’t yet say if the proposed condos would be sold or rented. The team wants to get feedback from city and community first, he said.

The property is immediately north of the Napa County corporation yard. That parcel is currently for sale, as is the south Copia parking lot next to it.

On the front page of the Sept. 7 Register was an attractive color rendering of a proposed development at the "gateway" to the Oxbow District. …

Napa asks, How many hotel rooms are enough?

How many hotels are enough — or too much?

The latest in a growing stack of hotel proposals in the heart of Napa will receive scrutiny from city land-use authorities Thursday night.

Napa planners ask: Is Foxbow too much hotel for the Oxbow?

One of the newest hotel proposals to arrive in Napa may present one of the city core’s prettiest faces. What city leaders need to decide is wh…

A 74-room hotel lining both sides of the Wine Train tracks will go before Napa city planners Thursday, July 16.

A Napa developer has submitted a pre-application with the city to create a mixed-use development called Foxbow along First Street near the Oxbow Public Market. This is an aerial view of the proposed design, looking south at the corner of Soscol Avenue and First Street.

A view of the proposed Foxbow development, looking north, with Water Street in the foreground.