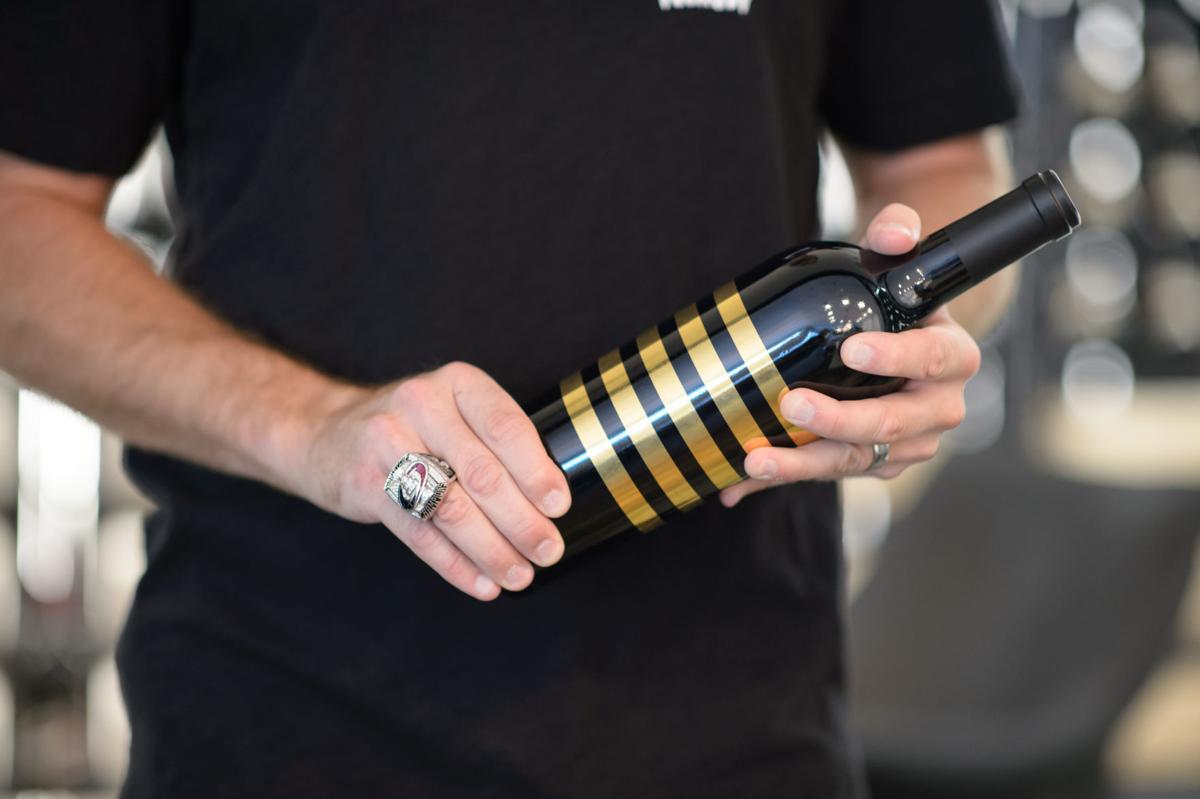 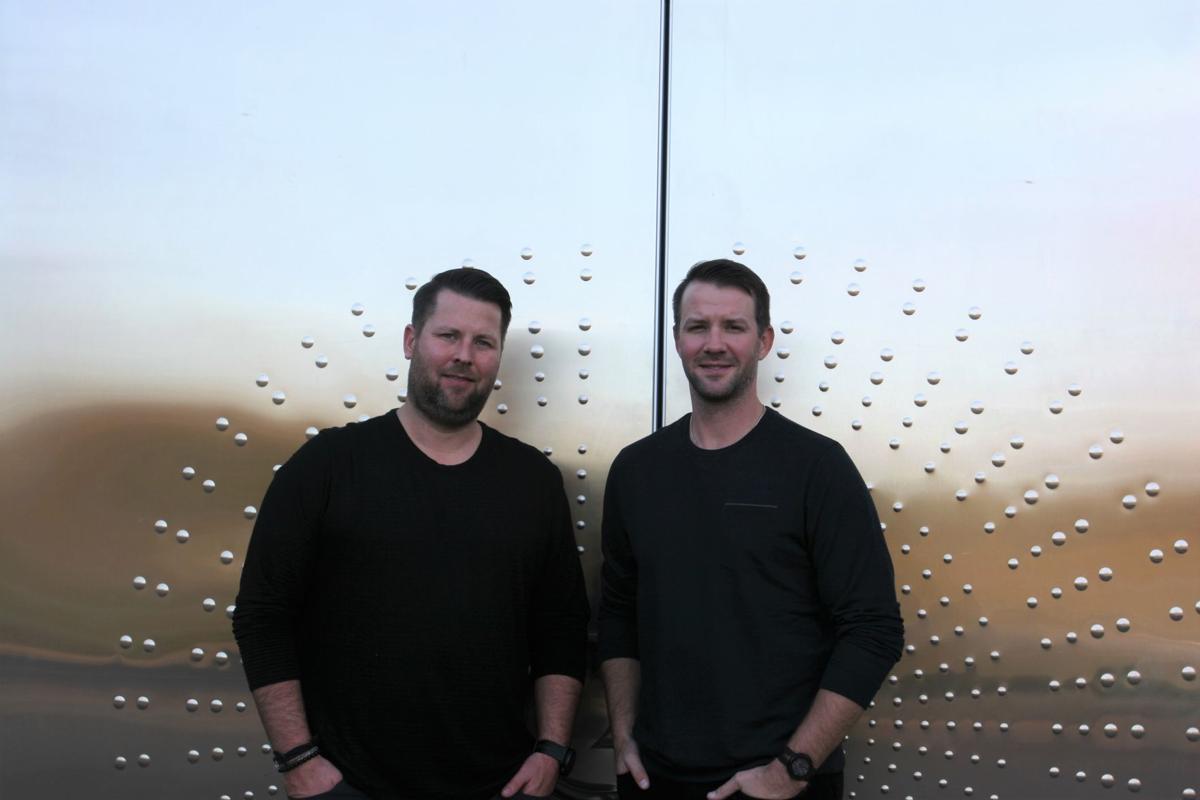 Cam Ward and Tim Gleason are no strangers to teamwork: they spent the better part of the past decade together as players in the National Hockey League for the Carolina Hurricanes.

Ward, a goaltender, and Gleason, a defenseman, then had a singular mission: keep the puck out of the net. Now, retired from play, they have a new goal: make good wine.

Ward and Gleason’s wine label, Vineyard 36, has existed in one form or another for almost as long as the two have been friends. They began in 2009 with the help of Jason Earnest, a wine-making enthusiast who had previously owned another boutique label in Napa.

Gleason retired from professional play in 2015 but continues to coach for the Hurricanes; the 2019-2020 season, now underway, has kept him in North Carolina. For Ward, though, who retired at the end of last season, this harvest marks a new chance to invest more of his time in Vineyard 36.

Coinciding with the release of their 2017 vintages, Ward has shifted his attention to Napa.

“We wanted to be at the heart of where the best wines are made, and I believe that’s right here,” Ward said of the valley.

Fitting, since Ward’s wines of choice are typically what he calls “big, California Cabs.” Each of 36’s three wines pay homage to that preference: there’s The Black Aces ($125) and Five Bands ($225), two Cabernet Sauvignons, and Foundation ($55), a Cabernet Sauvignon and Merlot blend.

Also subtly present in each of Ward and Gleason’s wines? Tribute to the sport that brought them together.

36 is an amalgamation of their jersey numbers—Ward wore 30, Gleason, 6. Foundation and The Black Aces both boast a rink-shaped label; even the name The Black Aces hints hockey (“Those are the hard workers always ready to jump in when called upon,” Ward explains). Five Bands – which Earnest, Gleason and Ward describe as their premium wine – is the trio’s branding of the five tiers on the bottom of the Stanley Cup, upon which the name of every single championship-winning NHL player is embossed.

Ward’s name is on there. He’s perhaps best known for his performance during the 2005-2006 NHL hockey season, when, as a rookie goaltender, he helped lead the Hurricanes to their first and only Stanley Cup win against the Edmonton Oilers. He went on to be named MVP of the championship series.

It was hockey, after all, that brought Ward to wine in the first place, having spent many a team dinner watching veteran teammate and wine collector Ray Whitney pick through restaurant wine lists. Ward and Gleason have been supported by their NHL colleagues: for the last six years, a member of the championship team has poured Vineyard 36 wine into the Stanley Cup. (This last year it was St. Louis Blues’ Tyler Bozak pouring The Black Aces).

In retirement, though, it’s more than just the game that Ward wants to be known for.

“Once you transition away from playing, you want (the wine) to be able to stand on its own, and move away from the hockey perspective,” Ward said. “Being able to use my name early on was great, but I want the wine to keep going, and it’s the wine itself that’ll keep us moving forward.”

Their 2017 vintage is almost entirely sold out, according to Earnest. 2017 marked their shift to working with winemaker Keith Emerson of Vineyard 29; fruit was sourced from one of the winery’s vineyards and from two Beckstoffer vineyards. They’re expecting to make around 1,000 cases this year, Earnest said.

“It was great to see with this last release how many people were on our mailing list that had never purchased anything, and then immediately bought our three pack,” Earnest said, referring to Vineyard 36’s Collectors Cabernet set featuring all three of its wines.

They’ve come a long way from the earliest iteration of their wines, Ward said. Longtime teammate and friend Eric Staal was their first buyer: Ward himself keeps some of the early bottles cellared at his home in North Carolina, where he lives with his wife and two children.

Last week, Vineyard 36 had just finished crushing grapes for its 2019 vintage, the first time Ward has been present in person for that process (“I’m usually trying to stop hockey pucks here and there this time of year,” he joked).

For now, though, he’s focused on enjoying their recent releases.

“We always talk about checking off boxes – I don’t want to say we checked them all off with ‘17, because there’s always room to improve, and we’re always striving to get better,” Ward said. At 35, the retired goaltender is considering wine as a kind of second career.

“The cool thing about it is it doesn’t happen overnight. You put in the time, the work – just like I did with hockey,” Ward said, adding he still feels there’s much to learn. “We’re almost a decade in, and yet we feel like we’re just starting.”

Cristie Kerr has a love of golf, wine

It was during her trips to the Samsung World Championship, a limited-field event for golfers on the LPGA Tour that had a three-year run at Hid…

It was during his years playing basketball as a 7-foot-6 center for the Houston Rockets of the NBA that Yao Ming, who is from Shanghai, China,…

Vineyard 29, with a winery located up a steep hill just north of St. Helena, is using a variety of advanced machinery to improve its wines.