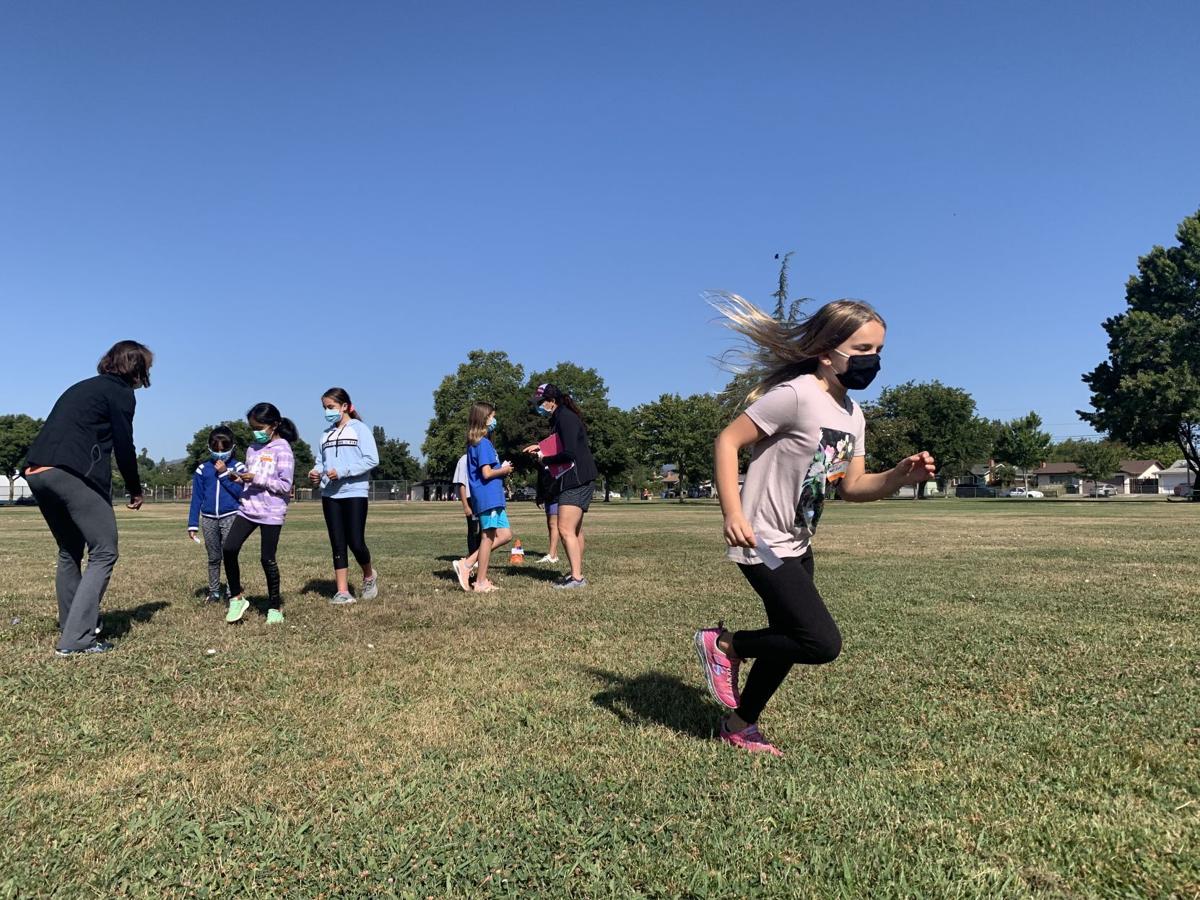 Addison Metcalfe, 8, of Napa, said she likes "running, jogging and sprinting fast." She's one of about 16 girls participating in a week-long camp from Girls On The Run. 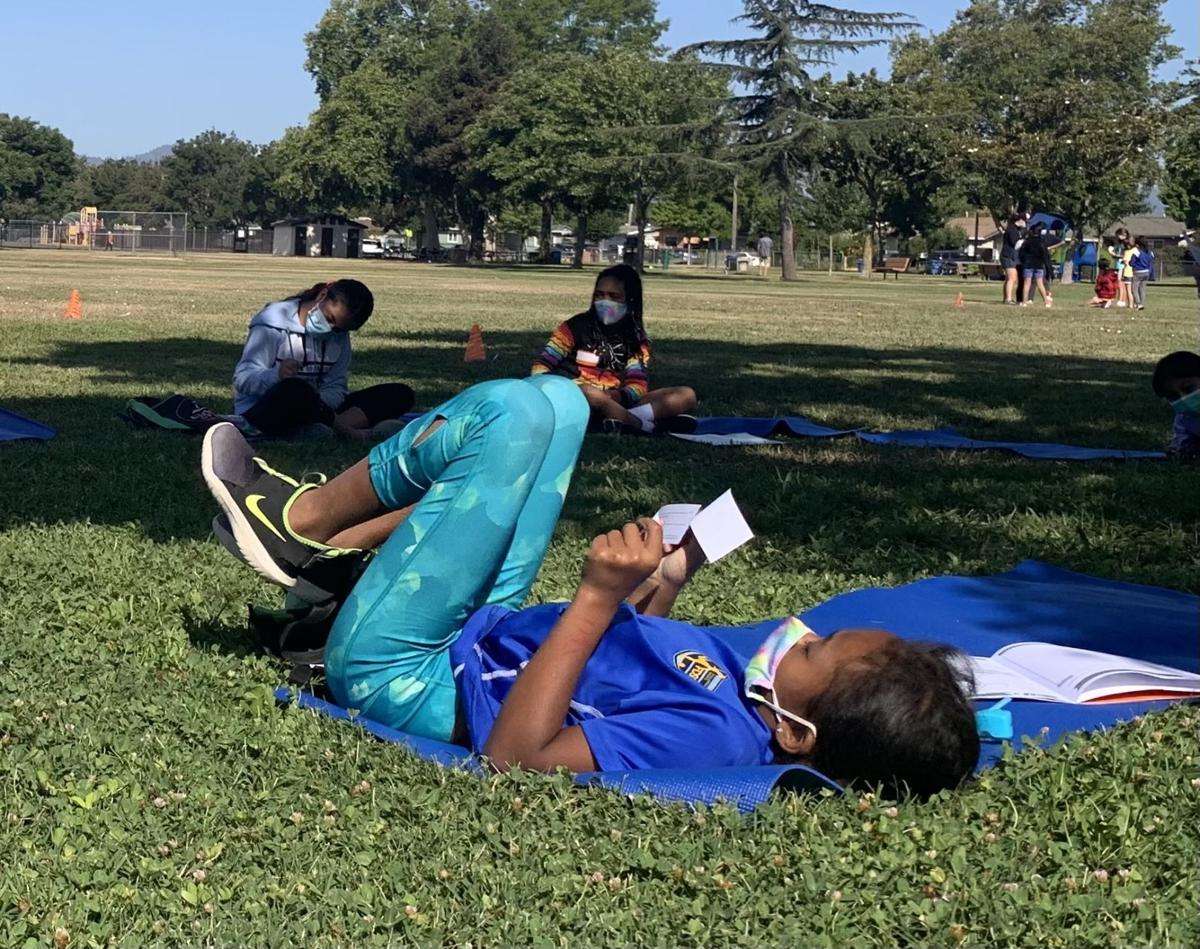 Talia Dawson of Napa said she "loves" Girls On The Run camps and programs. 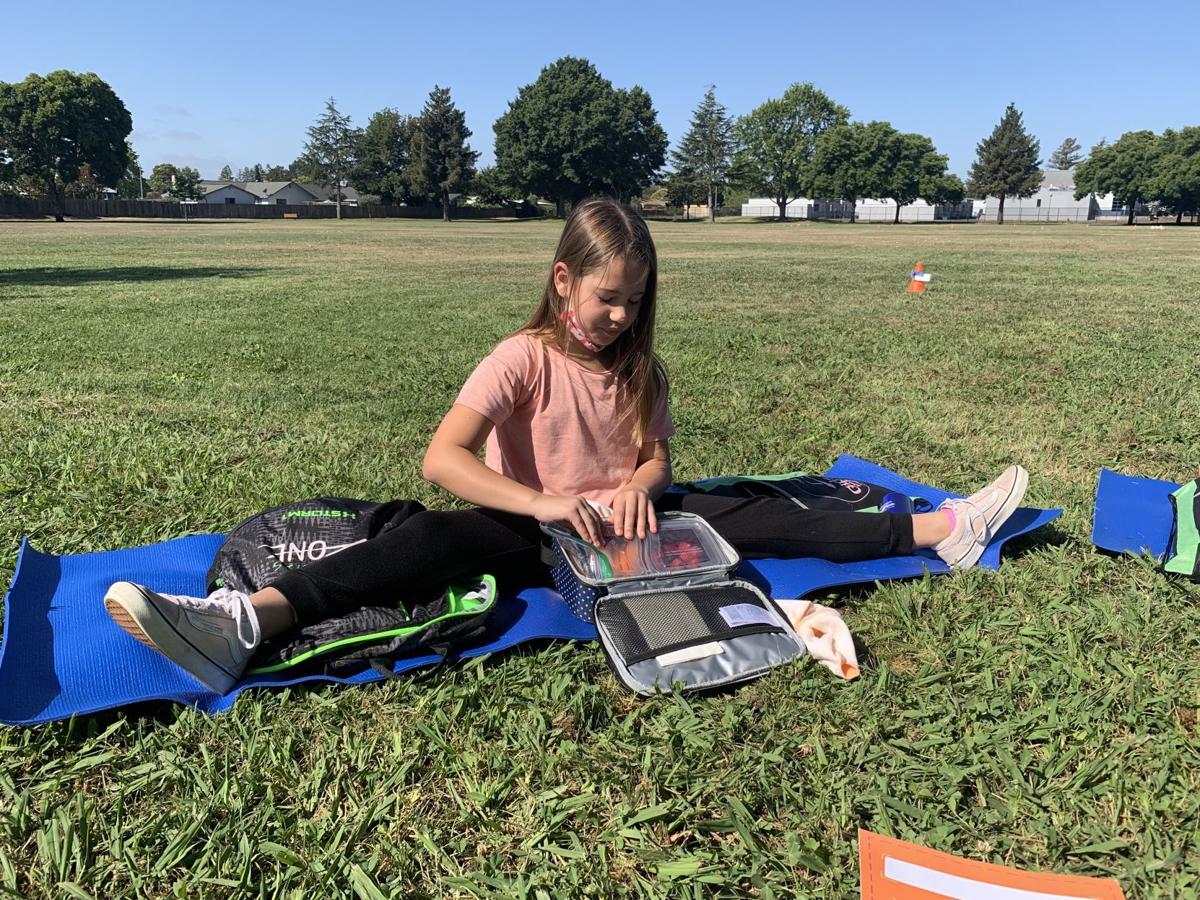 Lexi Stephens, age 9, at the Napa Solano Girls On The Run summer camp. 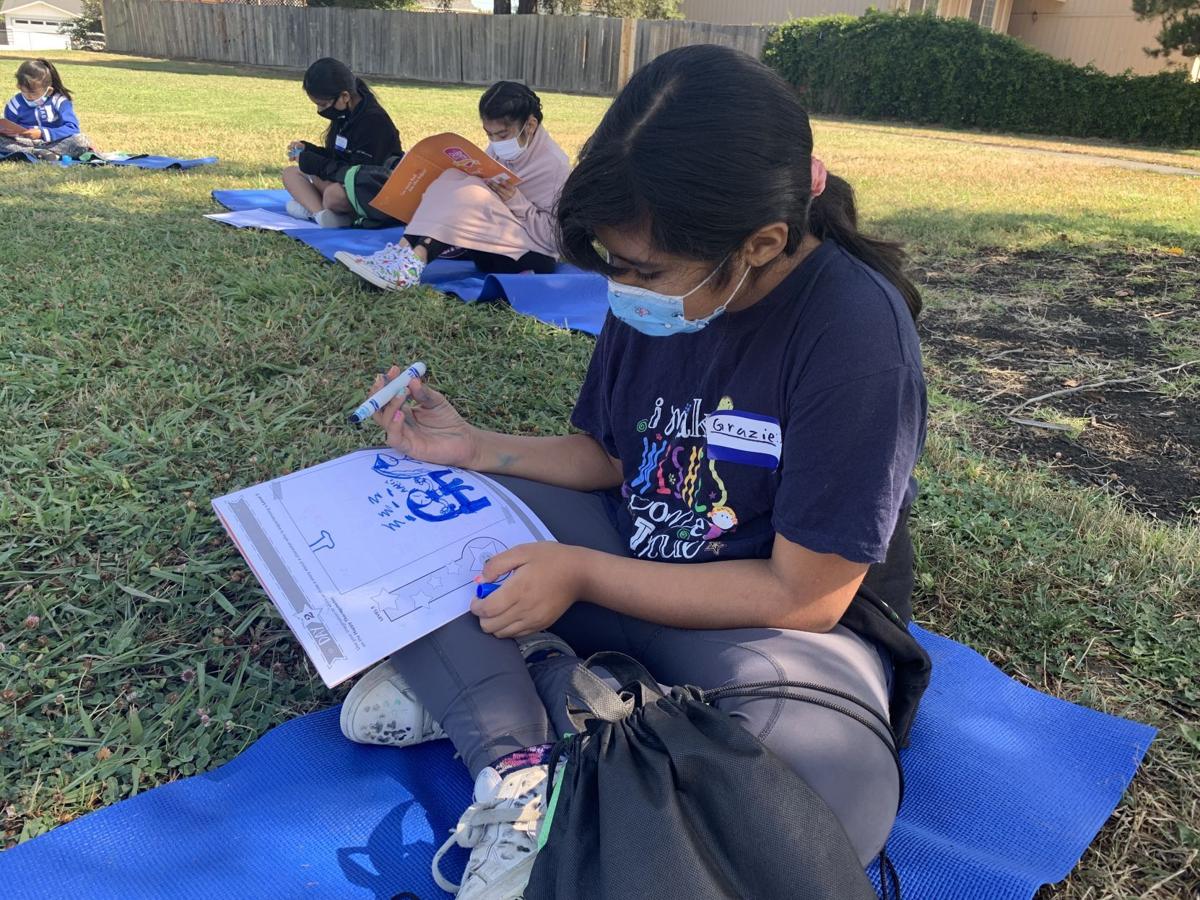 Grazie Zelaya, who is "nine and-a-half," at this week's Girls On The Run summer camp.

Nine-year-old Lexi Stephens of Napa can do the splits — and eat her lunch at the same time — as she demonstrated Tuesday at Napa’s O’Brien Park.

Lexi’s impressive display of flexibility took place on day two of a weeklong day camp hosted by Girls On The Run (GOTR) Napa-Solano.

Such stretching — of both bodies and brains — is one key part of what the nonprofit is working on with girls during Camp GOTR.

“Build friends and explore the power of emotions,” said a description of the camp, which is being held at the park on Pueblo Avenue, next to McPherson Elementary School.

“Bring your unique self, fun spirit and powerful heart,” while “learning, playing, moving, creating through arts and crafts and storytelling,” and having some GOTR fun.

Girls on the Run camp is “super fun,” said Aubrey Schaublin, age 8. She signed up for the day camp because “I don’t have any other sports going on,” right now.

Aubrey said one of her favorite parts of the camp so far is the emotion game.

“You get a card and you get to act it out,” she said. “I thought we could do that again.”

Lexi Stephens said that one of the fun things about joining the GOTR camp is that “we get to play a bunch of games and I get to see a lot of my friends.”

The friend part is important to Lexi. If she wasn’t at camp, she figured she’d be “sitting in the car with her dad right now, because he has work.” That is not as fun, said Lexi.

Is there anything different she’d like to do at camp for the rest of the week?

“I wouldn’t change anything,” said Lexi. “I like it the way it is.”

Talia Dawson, age 9, said she wanted to go to GOTR camp because she loves Girls On The Run activities.

And besides, if she stayed at home instead of going to the park, “My dad would make me do more math and he wouldn’t let me watch TV,” explained Talia.

Even though the nonprofit is called Girls on the Run, in addition to just physical games, the emotional well-being of the girls is an important part of the week, said Janet Todd, the executive director of GOTR.

“It’s all about building girls’ resilience and social/emotional health,” especially after COVID-19, said Todd. “The focus of this camp is on the power of emotions and how to manage,” those feelings.

Besides the “emotion” activities, Yzabella Mora, 10, said she also likes the exercise part of the GOTR camp. Her aunt is a runner, said the youngster. “I feel like running just makes me feel good,” she said.

Addison Metcalfe, 8, said if it was up to her to plan the schedule for one day of the GOTR camp, “we could run, have a little bit of candy, take a break, talk with friends,” and maybe go on a water slide or in a pool.

“That would be epic,” said Addison.

Another camper, Malika Kalulu, age 8, said that she’s done a GOTR camp before.

“I like that we get to run as much as you want,” at the camp, Malika said. “You can run and get exercise but also have fun while you are doing it.”

Photos: Napa-Solano girls run and more at Girls on The Run summer camp

Girls On The Run Napa & Solano

Girls on The Run

Looking back on the history of space exploration

Underground lakes on Mars might not be filled with water

Underground lakes on Mars might not be filled with water

These Napa students are spending part of their summer in school, but they don't seem to mind.

It's a short but busy summer in Napa for kids

Summer may be short for Napa kids this year but it's filled with activities for them from a variety of camps.

Napa's Girls On The Run: It's about running, and a whole lot more

Girl power will be on full display Saturday at Napa Valley College.

Addison Metcalfe, 8, of Napa, said she likes "running, jogging and sprinting fast." She's one of about 16 girls participating in a week-long camp from Girls On The Run.

Talia Dawson of Napa said she "loves" Girls On The Run camps and programs.

Lexi Stephens, age 9, at the Napa Solano Girls On The Run summer camp.

Grazie Zelaya, who is "nine and-a-half," at this week's Girls On The Run summer camp.