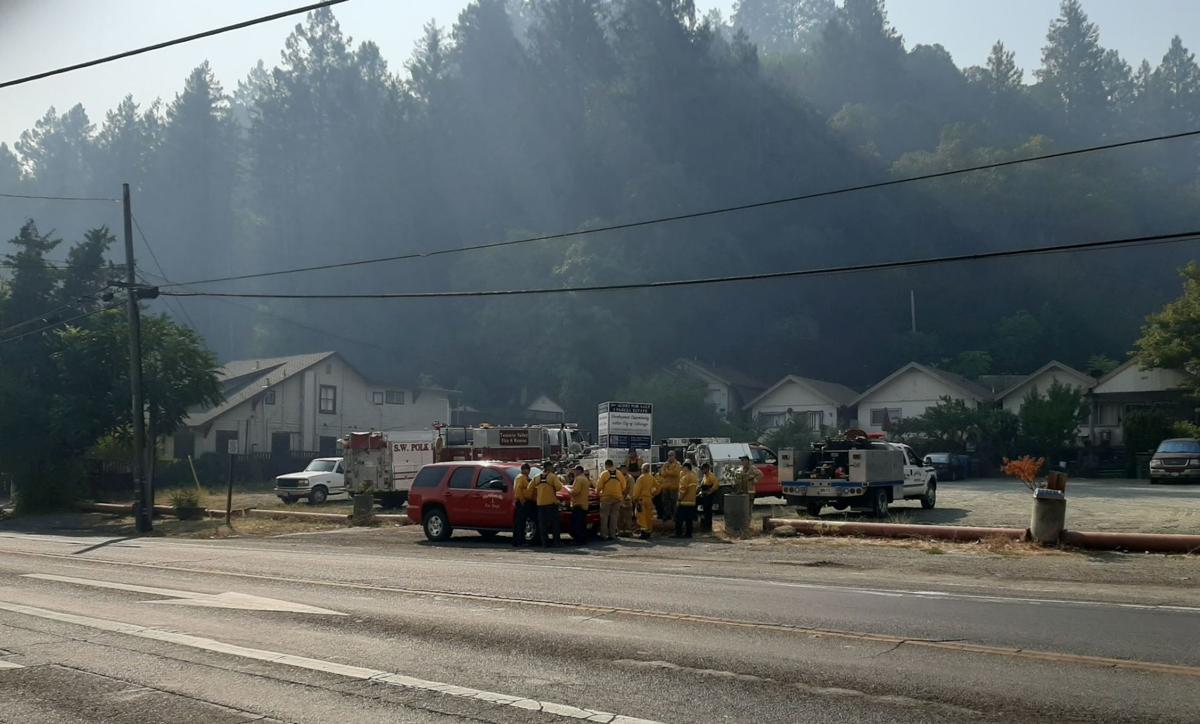 Firefighters strategize at the corner of Foothill Boulevard and Lincoln Avenue in Calistoga Monday morning as smoke hangs in the air from the Glass Fire. 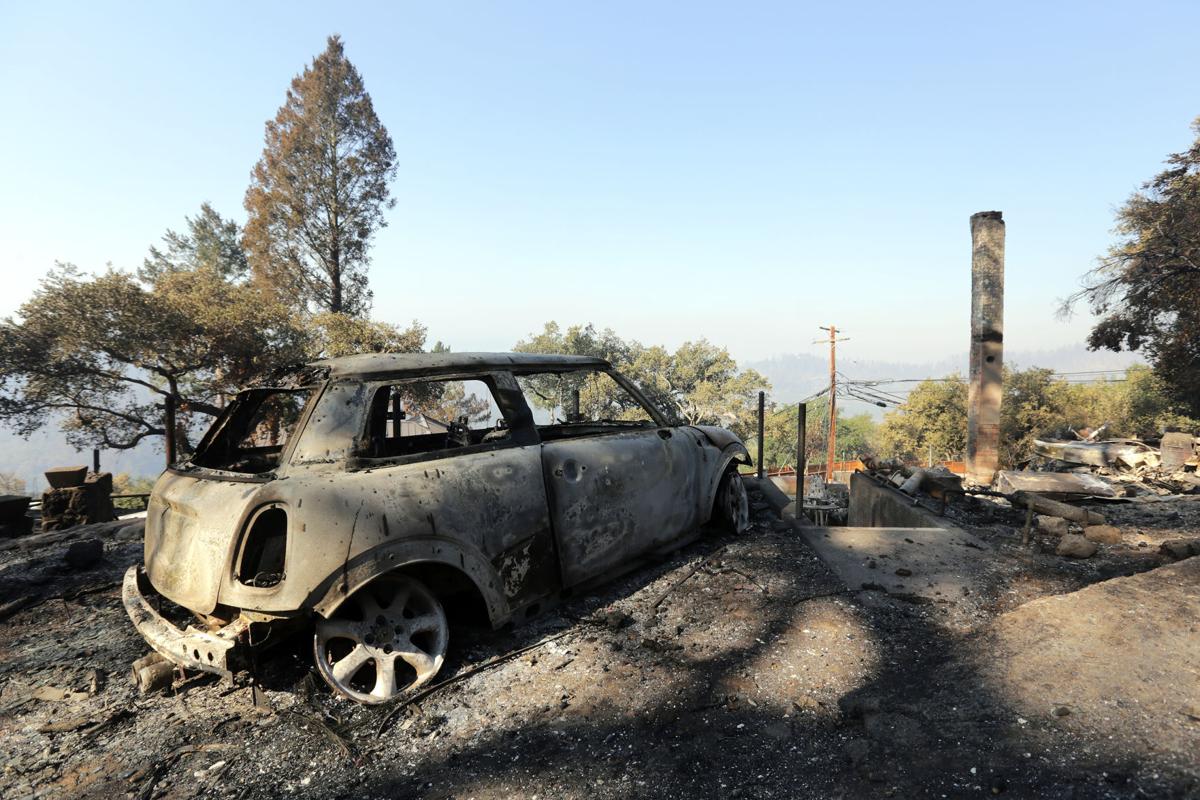 Houses and cars in the Deer Park area of Napa County bore some of the heaviest destruction from the Glass Fire, which erupted before dawn Sept. 27 near the north fork of Crystal Springs Road.

The list of destroyed and damage property in Napa County continued to grow Monday, while firefighters reported progress in bringing the devastating Glass Fire under control.

The fire that started Sept 27 outside Deer Park has now destroyed 252 Napa County homes, while 304 commercial structures, including a handful of wineries, have also been gutted, Cal Fire reported at 7 a.m.

Cal Fire said it was doing “aggressive mop up” while continuing patrols in areas where the fire’s progress has been stopped. The fire, which covers areas in both Napa and Sonoma counties, is now 30% contained, while continuing to advance near the Lake County line.

The fire has burned 65,580 acres as of Monday morning, a gain of nearly 2,000 acres over the previous 24 hours, with much of that growth in areas north and east of Calistoga, where a city evacuation order was reduced to a warning Sunday afternoon, allowing 5,000 residents to return to their homes.

Communities of Deer Park, Angwin and nearby areas are still under mandatory evacuation orders.

A local assistance center opened Monday at the Napa County Health and Human Services campus, 2751 Napa Valley Corporate Drive, Building A, Napa, for people who have sustained losses or been evacuated.

Measurable rainfall is possible Friday and Saturday, with temperatures dropping into the 60s and low 70s this weekend, the National Weather Service reports. While this could help with firefighting, it won’t be enough rain to end the fire season, Cal Fire reports.

For a complete list of road closures and the evacuation map, go to https://arcg.is/05WKKK

Garbage service provided by Upper Valley Disposal and Recycling will resume with modifications as evacuation orders and warnings are lifted. Since perishable food items will need to be discarded, creating additional trash, St. Helena, Deer Park, Angwin, and Calistoga-area residents who have returned to their homes can use all three carts as trash bins on their regularly scheduled collection day this week.

Napa County cautioned that fire debris is hazardous and should not be moved. Landfills and transfer stations will not accept any structural fire debris and ash without proper documentation from Napa County’s Planning, Building and Environmental Services.

John Tuteur, Napa County’s registrar of voters, said disaster-impacted voters can stay registered at their current address and update their mailing address or re-register at their new address.

Taking stock of the Glass Fire’s devastation in Deer Park

At dozens of homes, and at a local school, the fury of the Glass Fire was plain to see a week after its eruption Upvalley.

The pandemic changes sheltering options for those in need as an estimated 20,000 Napa County residents are under evacuation order or warning.

There are local reports of FEMA scams that may involve identity theft.

Evacuation orders reduced to warnings in parts of St. Helena

Residents may return to certain parts of the city, officials said late Monday.

The prospect for lifting more mandatory evacuations increases as fire lines are strengthened.

St. Helena’s White Sulphur Springs retreat center, the site of the oldest resort in California, was almost completely wiped out by the Glass Fire.

When the Glass Fire hit Napa County, the animals were not forgotten

NapaCART is providing care for hundreds of pets and livestock whose owners had to flee the Glass Fire.

Mariam Hansen looks back at the history of White Sulphur Springs resort, which was almost completely wiped out by the Glass Fire.

On Tuesday, blue skies prevailed over Calistoga, as over the past week and a half smoke filled the air as firefighters fought back the Glass Fire which threatened the town on three sides.

The county’s Local Assistance Center is moving to St. Helena to be closer to those affected by the recent fires, officials say.

Firefighters strategize at the corner of Foothill Boulevard and Lincoln Avenue in Calistoga Monday morning as smoke hangs in the air from the Glass Fire.

Houses and cars in the Deer Park area of Napa County bore some of the heaviest destruction from the Glass Fire, which erupted before dawn Sept. 27 near the north fork of Crystal Springs Road.