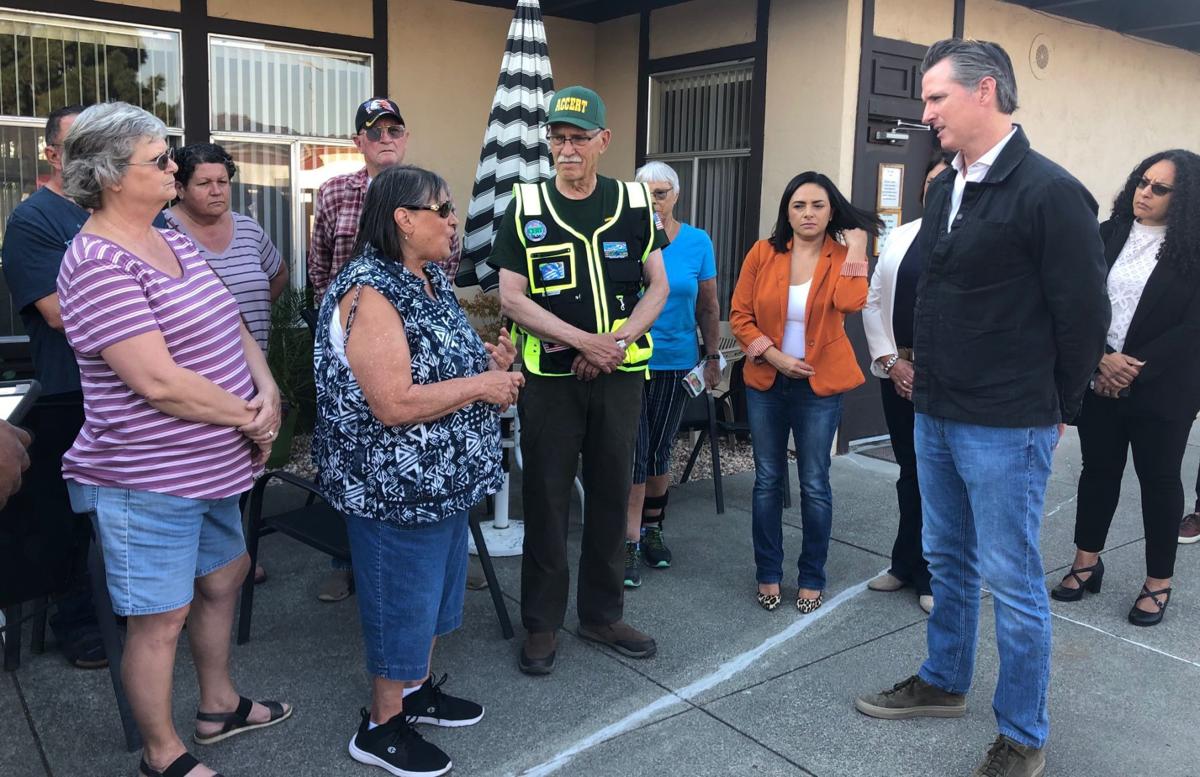 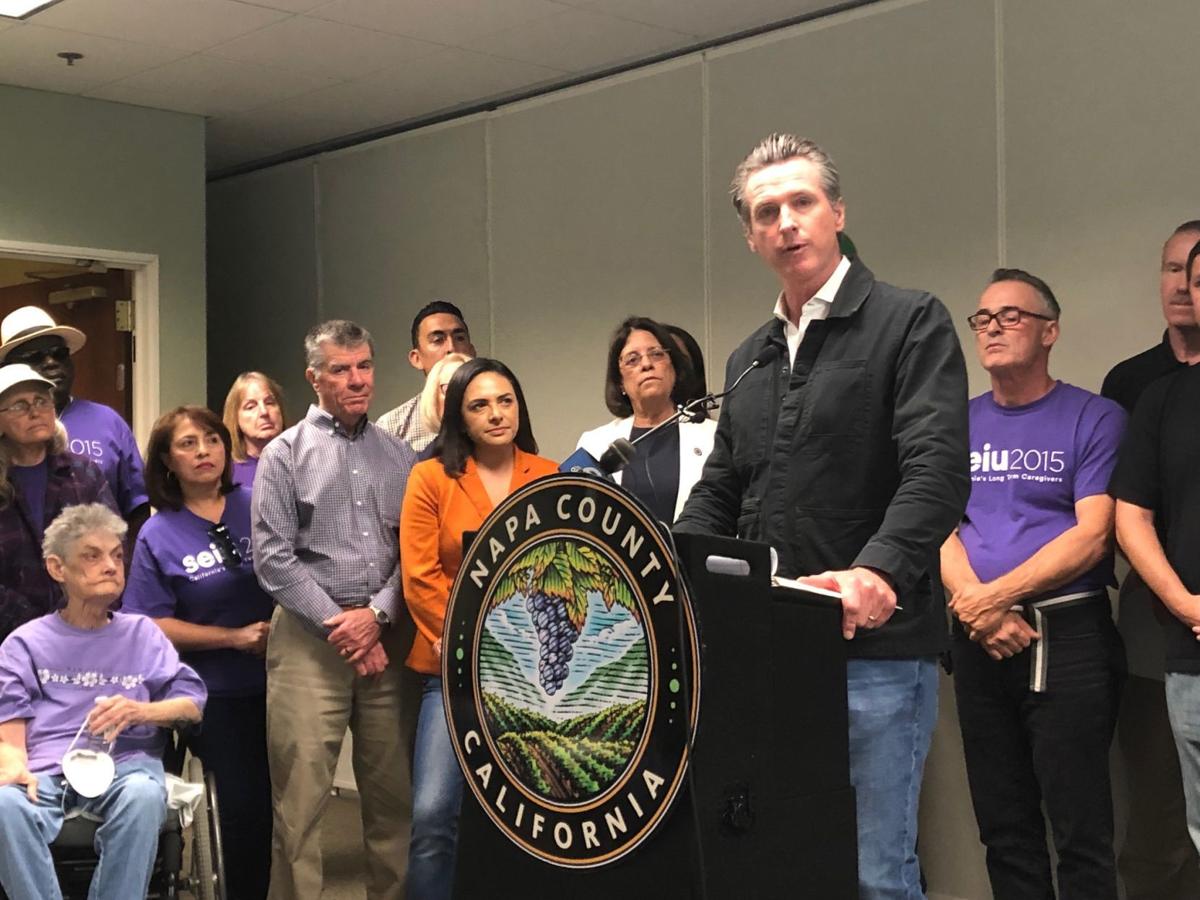 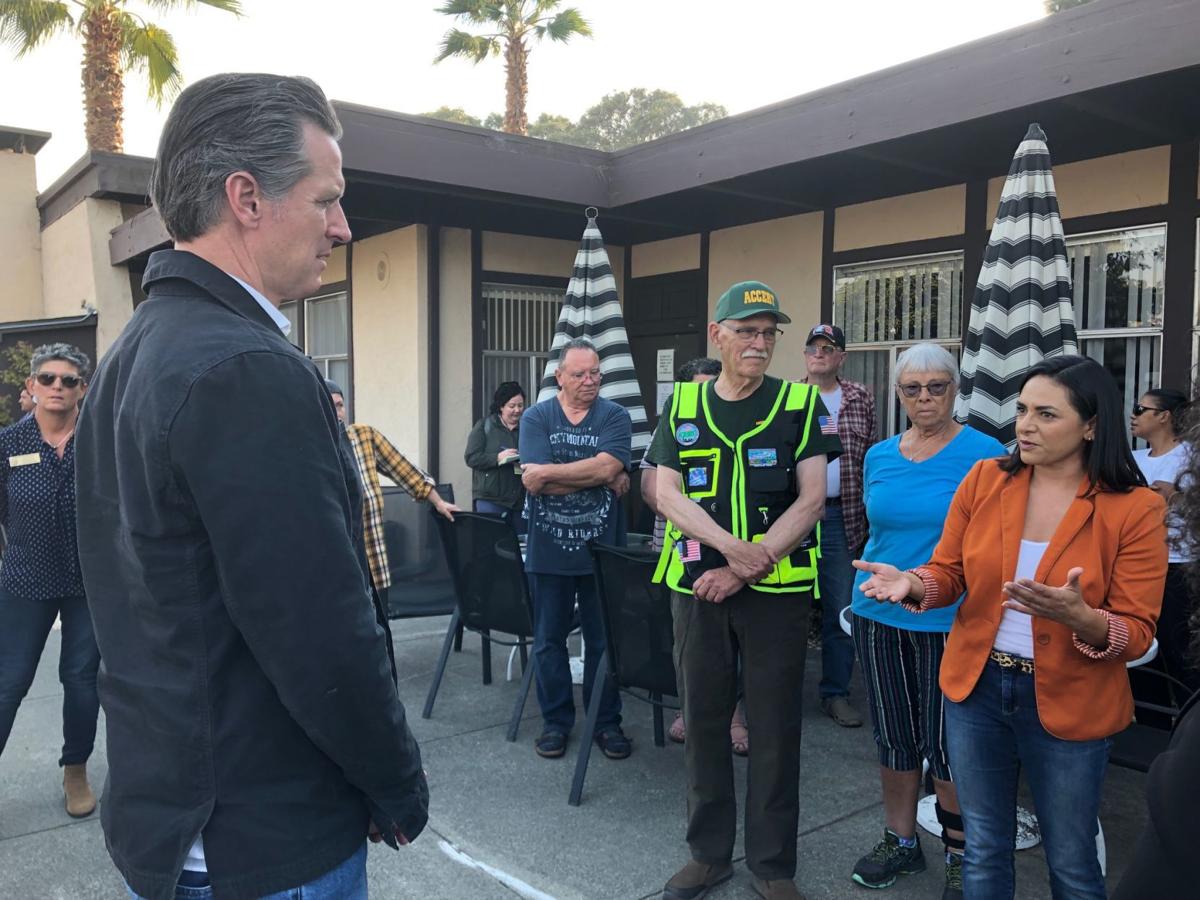 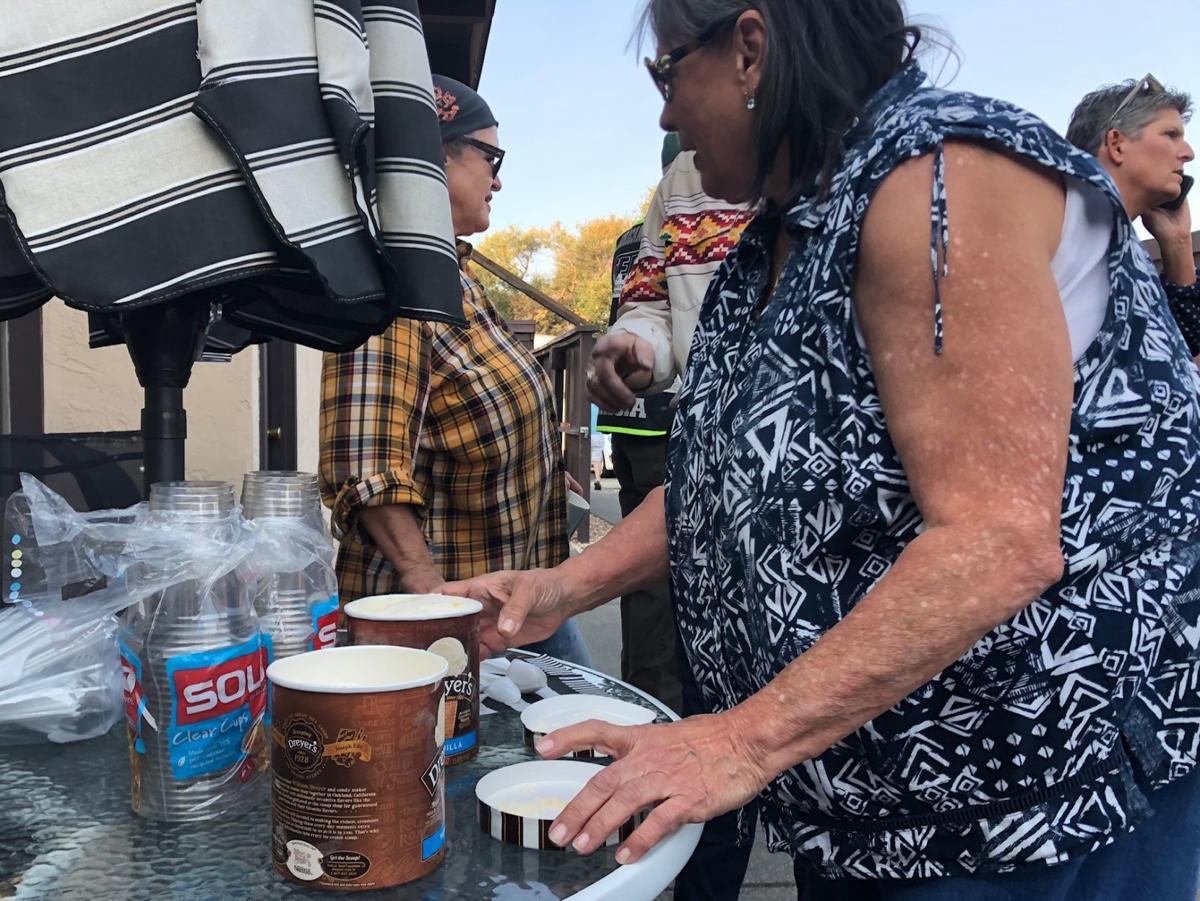 Gov. Gavin Newsom visited Napa County, where he spoke about a state effort to help medically vulnerable people during power shutoffs and chatted with residents of an American Canyon mobile home park.

The Register provided free access to this article. Please consider supporting our local journalism by purchasing a subscription.

His Saturday visit came on the heels of a trip to Sonoma County, which is currently threatened by the Kincade Fire, and in the hours before many Napa County Pacific Gas and Electric Company customers were expected to lose power in a round of shutoffs meant to reduce the likelihood of utility equipment sparking a wildfire.

During a press conference at the Napa County Health and Human Services Building, Newsom spoke about state efforts to cooperate with local officials and difficulties that Californians losing power would face during the next 72 hours. He spoke about the state’s recent appropriation of $75 million to mitigate the impact of public safety power shutoffs, $26 million of which would go straight to counties. Some of that money is currently being distributed and spent, Newsom said.

It’s not yet clear how much of that money will go to Napa County, but the amount will be based on population, said state Rep. Cecilia Aguiar-Curry. It could be used to help move people in and out of their homes, transport inmates or address food insecurity, she said.

The governor talked about plans to create a state database of vulnerable people who need assistance during power shutoffs and criticized PG&E’s communication with customers. He alluded to the plight of American Canyon, which he said had just four hours’ notice from the utility that its lights would go out.

“The scale and scope is clearly unacceptable,” Newsom said.

The governor headed straight to Las Casitas Napa Mobile Home Park in American Canyon after the press conference concluded. He spent about 45 minutes chatting with residents and officials including Mayor Leon Garcia, who was dressed in a neon green American Canyon Community Emergency Response Team vest.

Saturday marked the first time that American Canyon lost power in an intentional shutoff. Las Casitas residents decided to mark the occasion with an ice cream party. The cartons would be melted within hours anyway, one resident said.

Newsom said he chose the American Canyon park in part because he recalled mobile homes were hit hard during the Napa earthquake in 2014, but also because the state has looked to focus on communities at a socioeconomic disadvantage.

And places such as Las Casitas, a mobile home park for residents aged 55 and older, are home to a disproportionate number of people who need medication and generators for oxygen.

Mobile home parks are “so often forgotten as it relates to emergency preparedness and management,” he said.

The park manager shared with Newsom that one tenant was on oxygen and another woman was on dialysis. The tenant on oxygen would receive a battery to power his tank, but the woman on dialysis couldn’t be found, she said. Tenants were nervous and upset.

Another woman told Newsom about her recent trip to the pharmacy to stock up on medications. The pharmacy was expected to close when power went out, but wouldn’t provide treatments to her because she received Medicaid benefits. Recipients are not permitted early refills.

Newsom wondered whether an executive order might solve the problems of others unable to access medications ahead of an emergency. The state was, however, working with larger retailers to ensure they can continue to serve the public, he said.

As for Mayor Garcia, a member of the Community Emergency Response Team, he said he had anticipated PG&E turning the lights off. As he held an ice cream in his hand, Garcia said a pot of coffee had already been brewed and his wife’s car filled with gas.

Garcia said he looked forward to being able to debrief after American Canyon’s first public safety power shutoff experience and figure out how to go forward.

With power shutoffs expected to hit within minutes, one Las Casitas resident didn’t seem too worried about what would happen if things didn’t exactly go according to plan.

“I’m sure we’ll all get together,” she said, “as American Canyon does.”

This story has been modified since first posting to clarify the ownership of the stolen generators.

A tale of two Calistogas: Two different stories across the Napa River during power shutoffs

CALISTOGA — The threat of another PG&E power shutoff, and the proximity of the Kincade Fire just over the border in Sonoma County, is cumu…