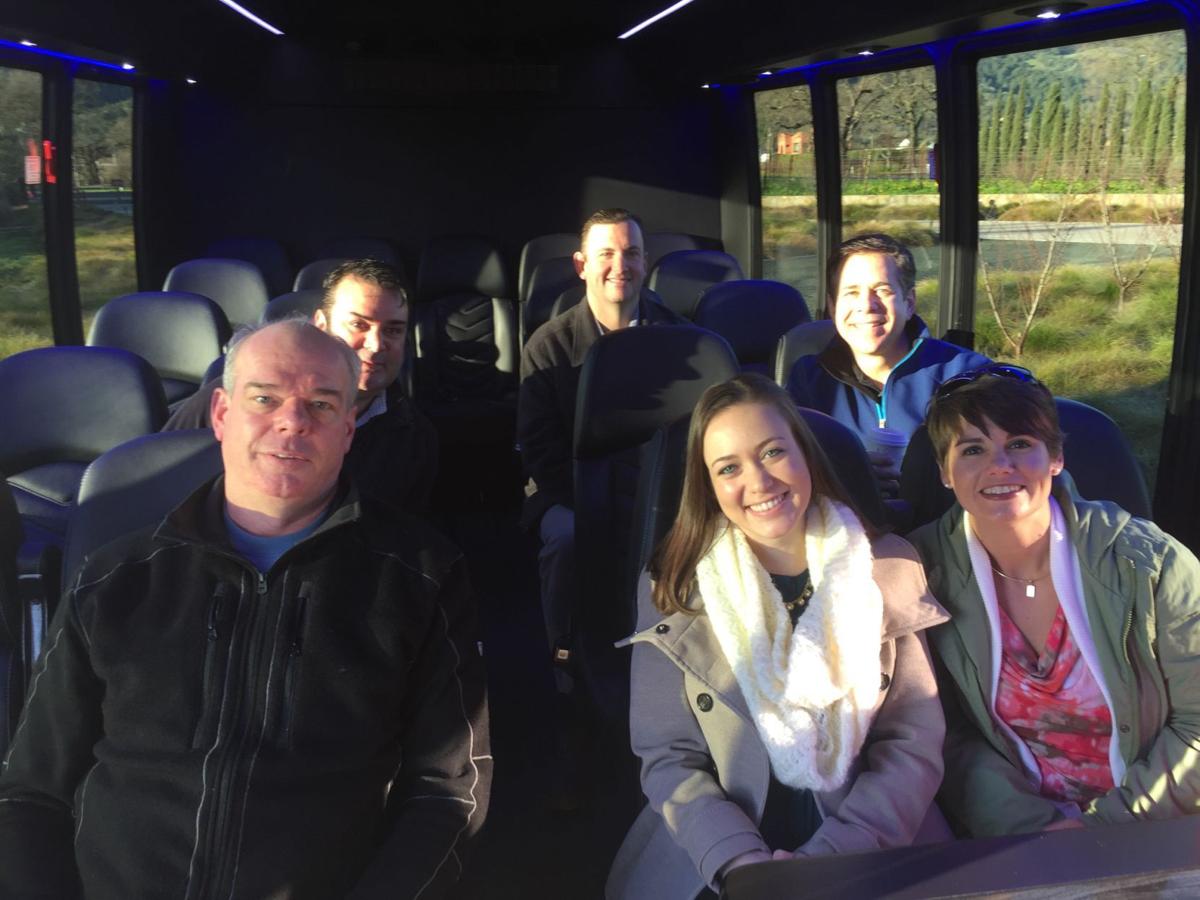 Cakebread Cellars, an innovator in reducing its environmental footprint, experimented last winter with sponsoring a shuttle for employees traveling from Napa to Rutherford. The two-week trial was not extended due to a lack of participation. 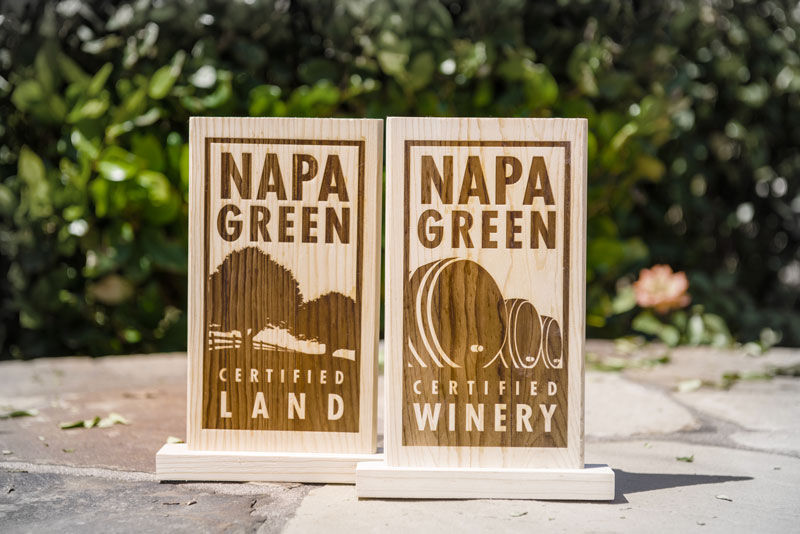 Napa’s wineries and vineyards are steadily going green amid efforts to promote environmental best practices within the county’s core industry.

A growing number of wineries and vineyard owners have sought sustainability via the Napa Green program, which offers participants routes to environmentally friendly practices as well as recognition for using them.

Cakebread Cellars, located along Highway 29 in Rutherford, was one of the first to have both its vineyard land and winery certified when the program began more than a decade ago.

CEO Bruce Cakebread recalled the steps the winery took to become certified: a years-long process of changing its lighting, installing low-flow restrictors in the faucets of its 13 bathrooms and bringing in micro-turbines to generate electricity. The winery also put an emphasis on reducing its trash and increasing its recycling. Hauling trash, Cakebread said, “is one of those hidden expenses,” for a winery.

“And it’s just a behavior change of where you put this versus that.”

As of last month, 217 other members of the Napa Valley Vintners trade group have also joined the program. The benchmark represents half of NVV’s eligible members: those who own a winery facility or vineyard land. The group has ambitions for 100 percent participation of its eligible members by 2020.

The road to certification for both wineries and vineyard land is complex, however, and may take anywhere from several months to more than a year to complete. While the processes for certifying wineries and vineyards differ, both require certification from third-party authorities like the Regional Water Quality Control Board, the California Green Business Program, Napa County and others.

“When you’re looking at sustainability and creating an environmental certification program, it’s going to be involved,” said Michelle Novi, who oversees the Napa Valley Vintners’ efforts.

For wineries, steps include a series of assessments of their water and energy usage, as well as their waste management and recycling. Certifiers carry out site visits and make recommendations for how operations can be fine-tuned to create more savings. Action plans are also crafted with participants to map out when operational or structural changes will be made, or when certain goals will be met.

A key element of the program is requiring participants to maintain their progress and undergo additional assessments every three years for wineries and every five years for vineyards.

“So it’s not just about doing these actions and then checking the box and saying, ‘we’re done,’” Novi said. “It’s about adopting this program as a new way of thinking about your day-to-day business operations and how you transfer these values of sustainability into every aspect of your operation.”

Helping to maintain Cakebread Cellars’ sustainability efforts, the winery‘s 68 employees formed what Cakebread described as “a green team committee,” that continues to generate ideas for more improvements to its practices. Last month, the county recertified the winery for the third time.

Efforts like a permeable parking lot at the winery that helps rainwater seep into the ground, and a failed attempt to reduce traffic by offering a commuter shuttle for employees, have also sought to bolster the winery’s sustainability, Cakebread said.

On top of savings from sustainable practices, being Napa Green-certified also lends an edge to the brand’s marketability with wine buyers.

“(The winery) wouldn’t get in the door if we weren’t certified Napa Green land and winery,” Cakebread said. “So that’s an advantage for us in the marketplace.”

But not all eligible wineries consider the Napa Green program beneficial to their operations or business goals.

Seven Stones Winery, seated north of Meadowood Resort near St. Helena, is a self-described “micro-producer,” making only 400-500 cases of wine each year. The winery’s 45-acre estate is planted with only three acres of vineyards, said General Manager Michael McMillan, the winery’s only full-time employee.

The winery is unique, McMillan said, in that most producers of its size do not own a winemaking facility. “So we’re not the norm, even on the small production side.”

Seven Stones does as much sustainable farming as possible and is 80 percent solar powered, McMillan said. But while owning a winery and vineyard land makes Seven Stones eligible for both certifications, it has sought neither.

“It comes down to common sense for a lot of wineries to do this, regardless of whether they’re green-certified or not. But you have to look at the return on investment,” McMillan said. For such a small producer in a situation like theirs, he explained, the upfront costs tied the certification process would outweigh those returns.

Yet McMillan stressed support for the program and the ongoing efforts to promote it. “I think anything that promotes good stewardship of the land and responsible usage of the land is a positive.”

McMillan noted that instead of owning their own wineries, it is much more common for producers as small as Seven Stones to use custom crush facilities or a facility shared by other winemakers.

Novi noted that for those using a custom crush or shared facility, if the facility is certified, the benefits can be conferred on producers making 100 percent of their wine there. But winemakers would still need to go through the process for any outside facilities they own, including tasting rooms or offices, for the Napa Green certification to apply to their brand.

As NVV aims to have its remaining eligible members participate in Napa Green within the next three years, the program continues to improve its accessibility for those looking to get involved.

The last few years, Novi said, “have brought about some pretty substantial refinements to the Napa Green program that has made it easier and more accessible for winery and vineyard owners to become certified.”

Among these is an Integrated Resource Assessment offered through Sustainable Napa County, which streamlines the process by combining three separate assessments into one, tightening a step that was previously “a lot more cumbersome.”

“I certainly think there’s always going to be opportunity to refine Napa Green further,” Novi said, “but I’m really proud of what we’ve done so far to make the process even easier.”

The county ultimately issues certifications for participating wineries, and has also worked to improve the program on its end, including making the process more electronic, said Public Works Director Steven Lederer. “It used to be very paper-driven, which seems weird for a green program,” he said.

As far as increasing the efficiency of the certification process, Lederer said, “sure, we’d like to make it more so. But the program is somewhat rigorous because it’s supposed to be meaningful. And we certainly don’t want to lose that meaning by lessening the standards.”

This video could show a tornado on the sun

Cakebread Cellars, an innovator in reducing its environmental footprint, experimented last winter with sponsoring a shuttle for employees traveling from Napa to Rutherford. The two-week trial was not extended due to a lack of participation.