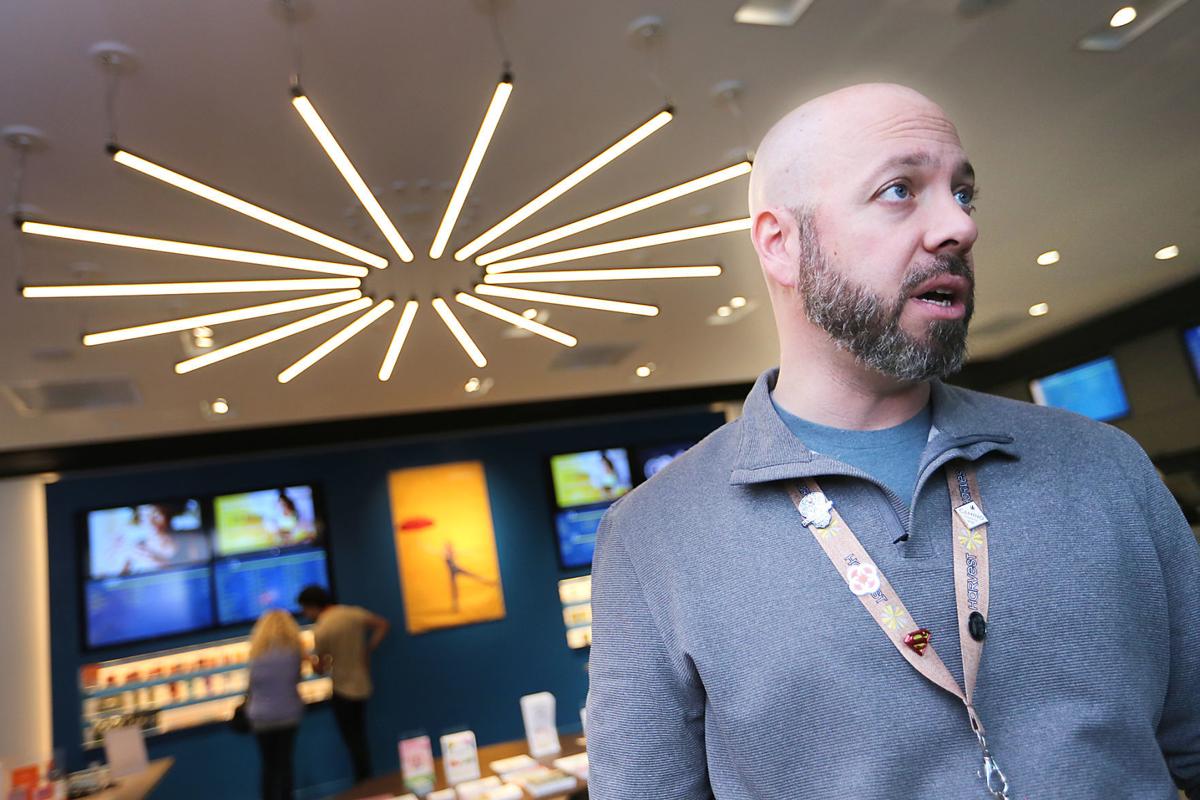 Jamie Bender, general manager of Harvest Health & Recreation Inc., discusses the recent opening of a medicinal marijuana dispensary on Second Street in Napa. The business is the first dispensary of cannabis products in Napa County. 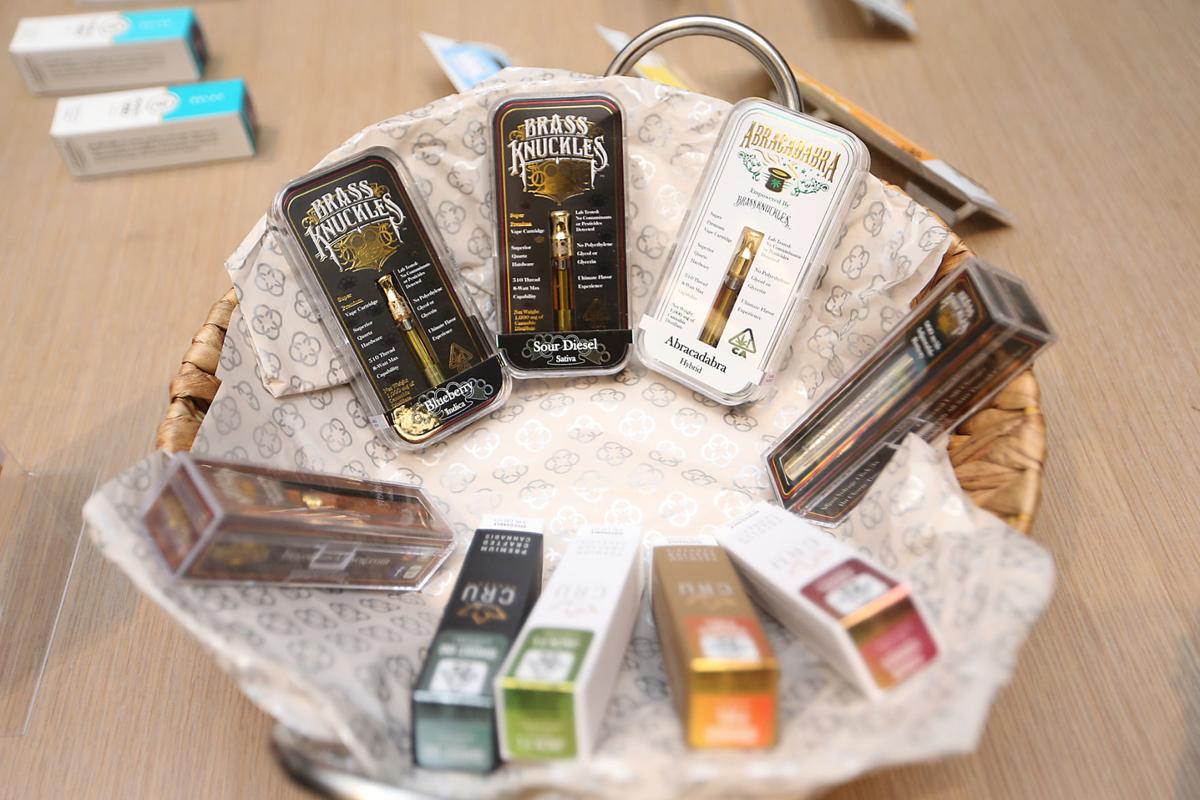 Some of the products available at Harvest Health & Recreation Inc., Napa County's first marijuana dispensary of any kind. 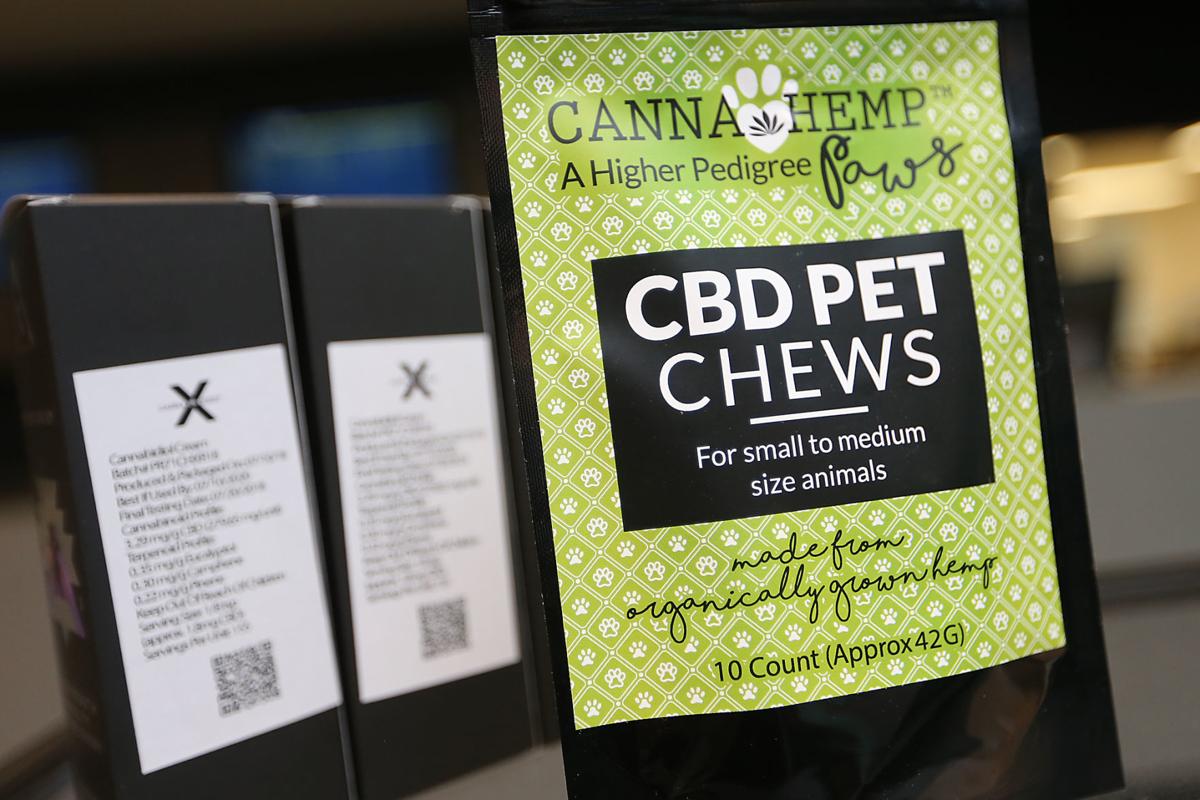 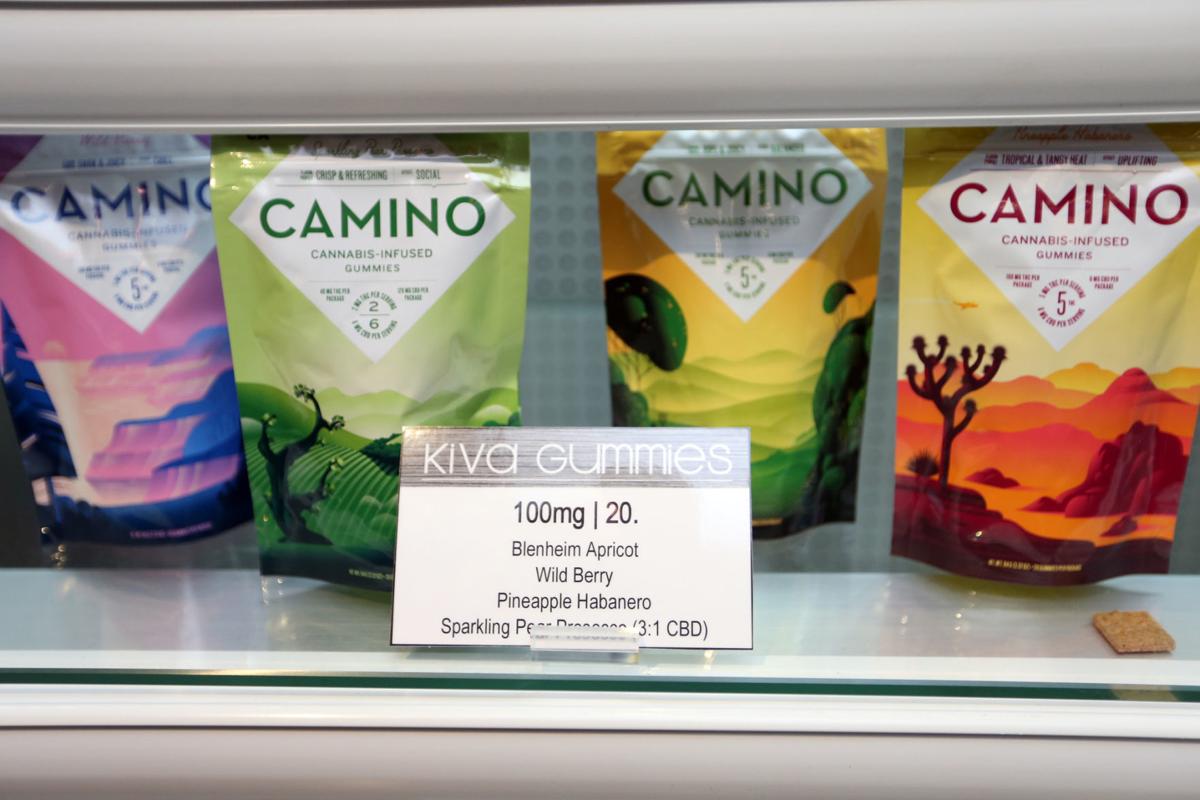 Marijuana sales in Napa have finally moved into the light – and onto the shelf.

The city’s new era of legal cannabis retailing has begun with the debut of Harvest of Napa, the first medical dispensary to do business in the county. The outlet at 2449 Second St. west of downtown opened on New Year’s Eve, the first fruit of a city ordinance that followed years of debate and an earlier, aborted attempt to bring a dispensary to Napa.

Napa and Napa County still have no dispensaries for recreational marijuana.

Harvest of Napa, a branch of Tempe, Arizona-based Harvest Health & Recreation Inc., provides a local outlet to medicinal users who have relied on dispensaries in Vallejo and other counties as Napa Valley communities have taken a slower path to retail legalization.

Of the customers frequenting Harvest in its first few days of operation, “almost all of them” previously got their supplies in Vallejo, the Napa store’s general manager Jamie Bender said Tuesday.

Set inside a one-story concrete-block building near Highway 29, Harvest of Napa features a 1,600-square-foot showroom furnished much like a high-end boutique with subdued lighting, illuminated shelves and wooden display tables. Various strains of flower marijuana are displayed on the long rear wall, below video monitors listing each variety’s brand, price and percentage of THC, the psychoactive ingredient in cannabis.

The Napa dispensary also offers pre-rolled cannabis as well as vape cartridges, tinctures, lotions and other products, as well as a refrigerator case for edibles – brownies, snickerdoodles, crackers and other foods laced with THC as an alternative to the smokable product.

As a medicinal outlet, Harvest of Napa sells only to those who first present a doctor’s recommendation to use marijuana products, and visitors must be at least 21 years old to enter. The majority of customers during the store’s first week in business are seeking products to relieve anxiety, pain or insomnia, according to Bender.

After the City Council passed its ordinance allowing cannabis dispensaries in December 2017 – four years after repealing an earlier version amid fears of a conflict with a continuing federal ban on marijuana – skeptics in the Bay Area cannabis industry warned a Napa market would struggle without the right to sell to non-medical customers, a practice California voters approved in a 2016 ballot measure. Proposition 64 guarantees residents’ right to use marijuana recreationally but allows cities to allow or ban adult-use retail outlets within their boundaries.

Of 417 licensed dispensaries in California, 49 sell only medicinal cannabis, the state Bureau of Cannabis Control reported in September.

Far from chafing at local regulations, Bender described Napa’s medical-only retailing ordinance a smooth fit for Harvest, which operates medicinal outlets in eight other states. If the city eventually allows marijuana sales without a doctor’s recommendation, he added, Harvest’s business model of matching products and dosages to visitors’ needs would remain the same.

“We are a patient-focused company and that will never change,” he said during a showroom tour. “We’re all about finding the right product for each person’s body. … Hospitality and education are the two things we believe will keep us at the top of the (local) market.”

At least seven groups have applied for clearances to sell medicinal cannabis within the city of Napa, according to city records. Of those, Korova Cannabis has been certified to do business at 917 Enterprise Way and has applied for a building permit, according to Jose Cortez of the city Planning Division.

Partners with The Higher Path also announced a pending certificate to open a dispensary at 1963 Iroquois St., but no building permit was reported for that site as of Wednesday.

UKIAH — Authorities in Northern California have destroyed more than 42,000 marijuana plants as part of an investigation into illegal marijuana…

One group hoping to launch Napa’s market for medical cannabis hopes to open its doors by year’s end. Meanwhile, another would-be seller is see…

Napa will be loosening the restrictions placed on cannabis sellers, potentially letting more players into a local market yet to be born.

Frustrated by the Board of Supervisors’ lack of progress in allowing commercial cannabis cultivation in Napa County, the Napa Valley Cannabis …

YOUNTVILLE — For now, Yountville remains devoid of stores offering marijuana products. But officials have begun to ponder where to place futur…

Could Yountville’s first cannabis seller be a dispensary … or a spa?

The Town Council is considering weaving cannabis into spa and restaurant experiences.

Napa’s marketplace for legal marijuana products remains smaller than others in California, but newcomers have opened their doors in the city t…

Jamie Bender, general manager of Harvest Health & Recreation Inc., discusses the recent opening of a medicinal marijuana dispensary on Second Street in Napa. The business is the first dispensary of cannabis products in Napa County.

Some of the products available at Harvest Health & Recreation Inc., Napa County's first marijuana dispensary of any kind.