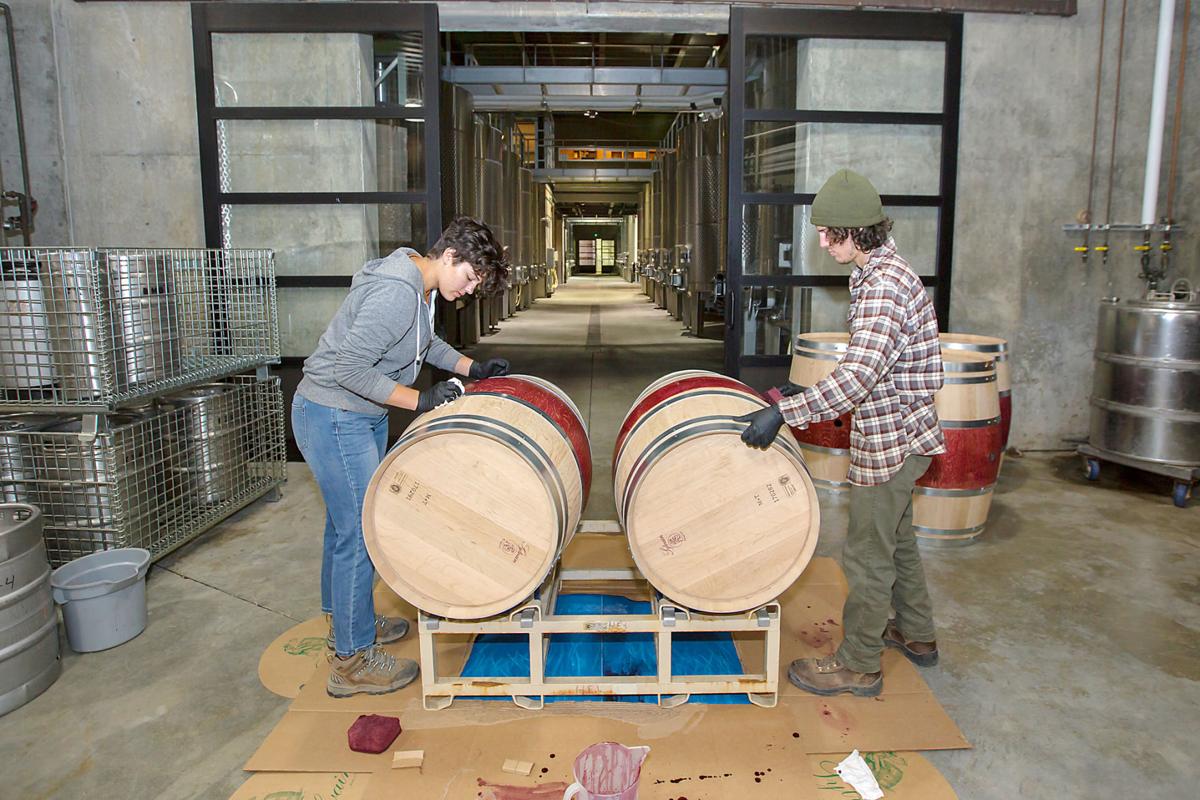 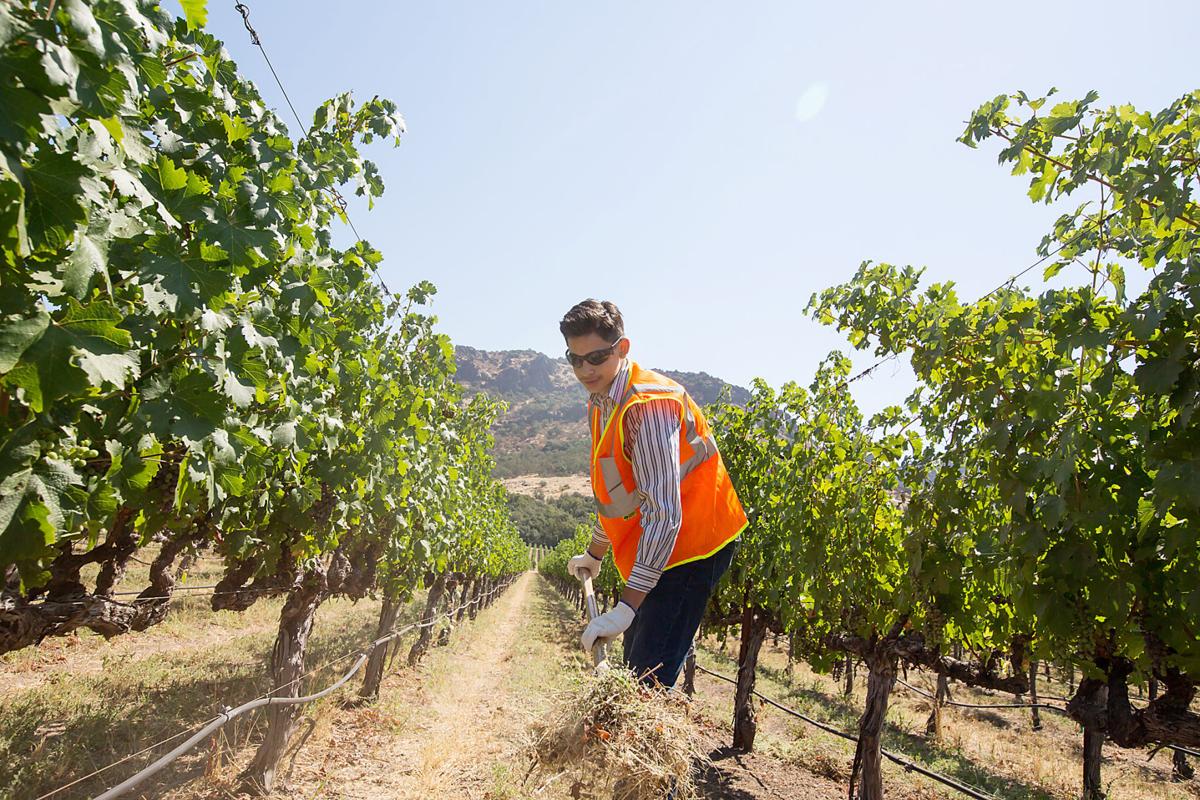 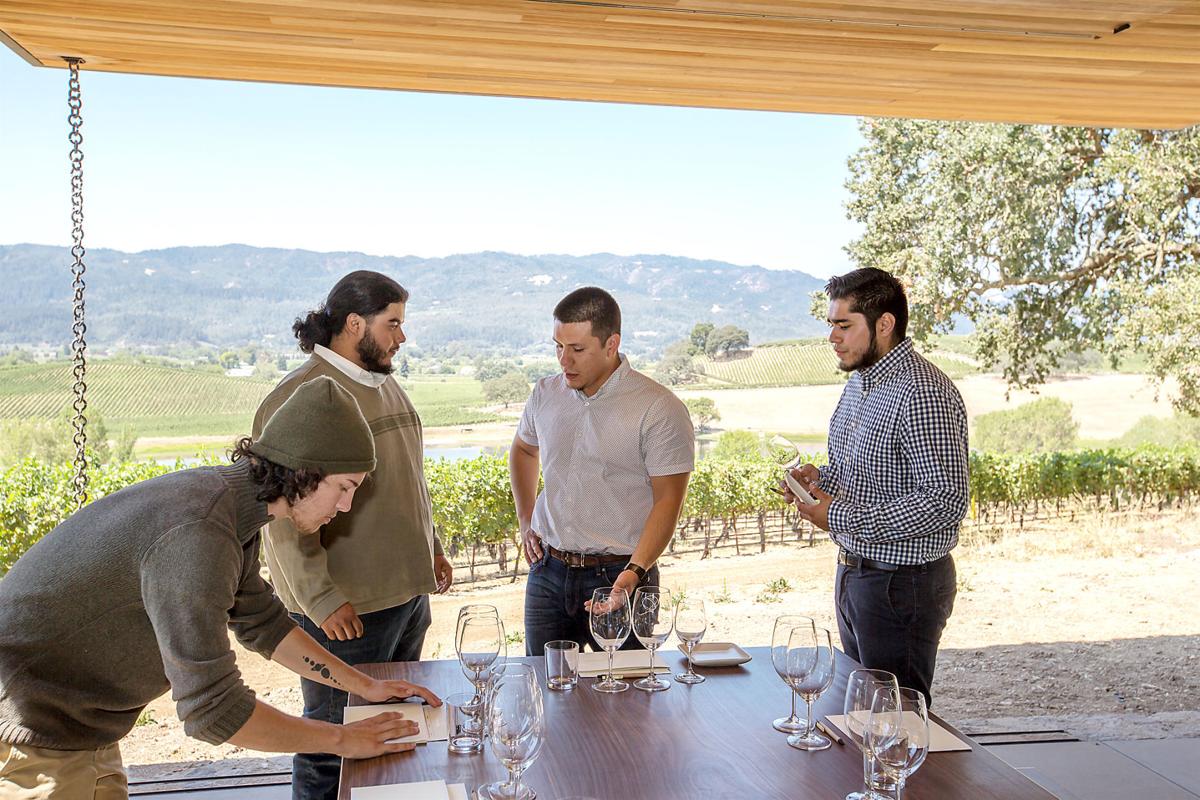 Barrel blasting, cover crop management, hospitality and sales, getting up close to drone action in the vineyards, equipment repair — Napa area high schoolers did it all this summer.

In its debut year, Fields of Opportunity – an eight-week mentorship program for local high school students – gave the teenagers their first-hand look at possible careers in the Napa wine industry.

Devised by the Napa Valley Grapegrowers, the Napa Valley Farmworker Foundation and Napa Valley Unified School District (NVUSD), the program cycled 16 students in groups of four through four companies this summer. Students received not only real world experience, but also real world wages for each of the varied jobs they took on.

For Daniel Rodriguez, who recently began his senior year at Napa High School, viticulture proved the most enticing of the potential career paths he discovered through the program. “All the viticulturists, they all seem to love their jobs,” Rodriguez said. “If you’re the viticulturist, you’re in control of how they (the vines) grow and so nothing can happen without you.”

Rodriguez, who is applying to four-year colleges, said the viticulture program at UC Davis is now among his considerations, vying with the journalism program at San Jose State University for his bid. “So right now, I’m mainly between UC Davis and San Jose. But you never know,” he said. “Anything could happen.”

While the Fields of Opportunity program featured students like Rodriguez intent on going to a four-year college, participating students had a range of academic trajectories and came from various corners of the NVUSD, including alternative programs and independent study.

“So it was really a good mix that way,” said Stephanie Solberg, vocational specialist with NVUSD. “I think that was really important to all of us that put this together, that it reached out to a true composite of a Napa Valley Unified School District student, not just one type.”

Fifteen of the 16 students ultimately saw the program through and were lauded at a graduation ceremony last month.

“These are 16-, 17- and 18-year-olds, so you know for a youth or young adult to have that kind of completion really tells us that it was successful for them,” said Solberg. “We’re delighted that 15 made it to the end.”

In developing the program, organizers said the idea was to showcase an industry that soon-to-be-graduating students might not be fully aware of, despite their proximity to it.

“There’s no connection, in my awareness, between our current school programs and our biggest employers,” Solberg said. “So we have to augment opportunities like this for students so they have an idea and an awareness of what’s right in their backyard … It doesn’t happen in a traditional classroom. This is how it happens.”

Organizers are looking to expand the program next year to other school districts Upvalley.

“So for students who live in St. Helena and Calistoga, we’ll hopefully add a track for those students next summer,” said Sonya DeLuca, associate director of the Napa Valley Grapegrowers.

Based on employer feedback, the program may add a facilitator or job coach next year to help students round out soft skills such as work etiquette.

“It has to be demonstrated. It’s not something you can learn in a classroom, read in a book, or even watch on a video,” Solberg said. “It’s having that real person in front of you, modeling for you appropriate work behaviors. I think if you ask any employer why they don’t hire high school students, it’s because of that.”

Rodriguez said he would be keeping the offer in mind as his college plans solidify and he begins to seek employment for next summer. “I think the way things ended up, I enjoyed my time at each company,” he said. “So I think I might actually contact one of them and see what kind of position they can put me in.”

Troupes of high schoolers will soon take to Napa’s vineyards and wineries again, as a summer program aiming to draw local students into future…