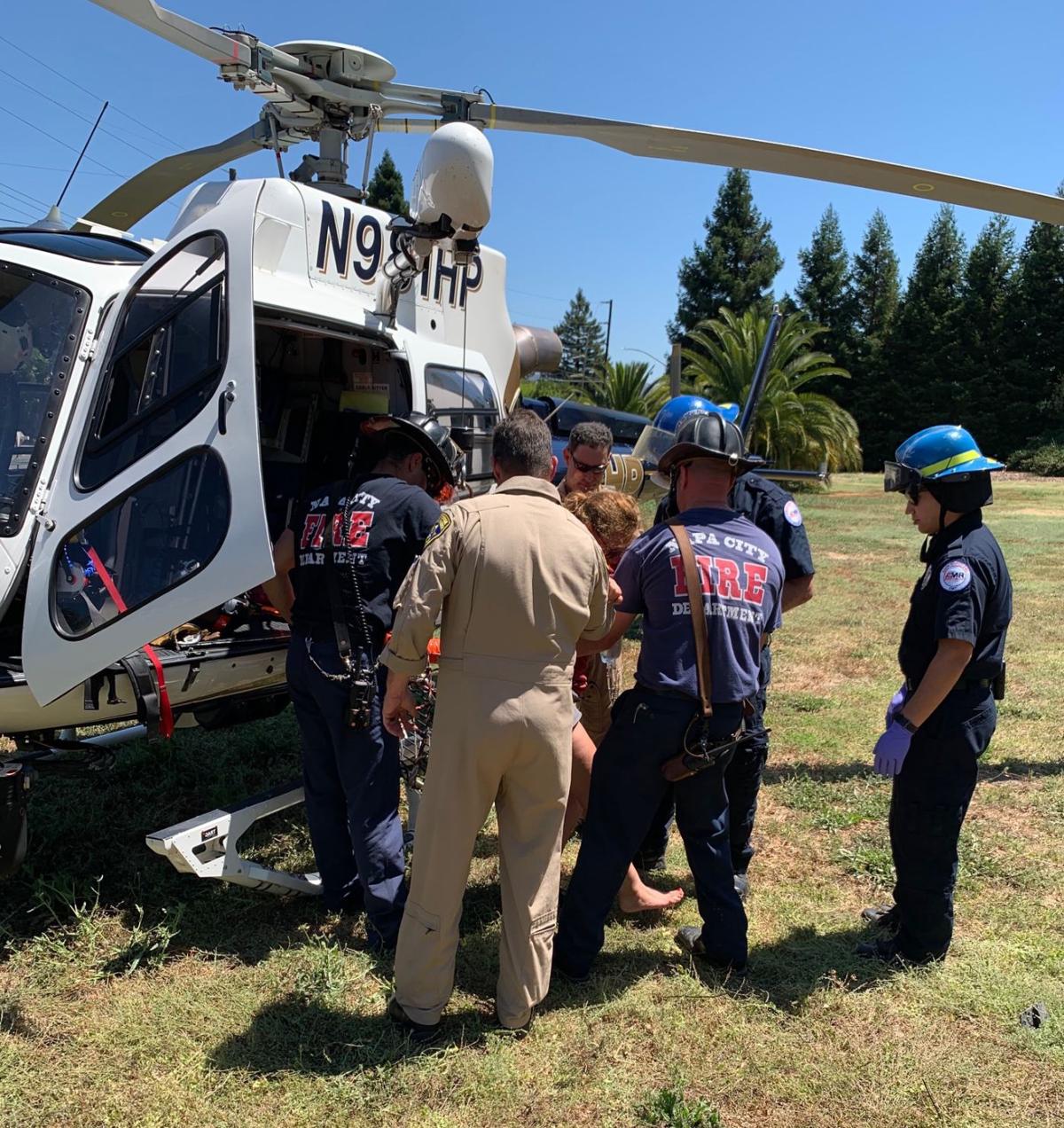 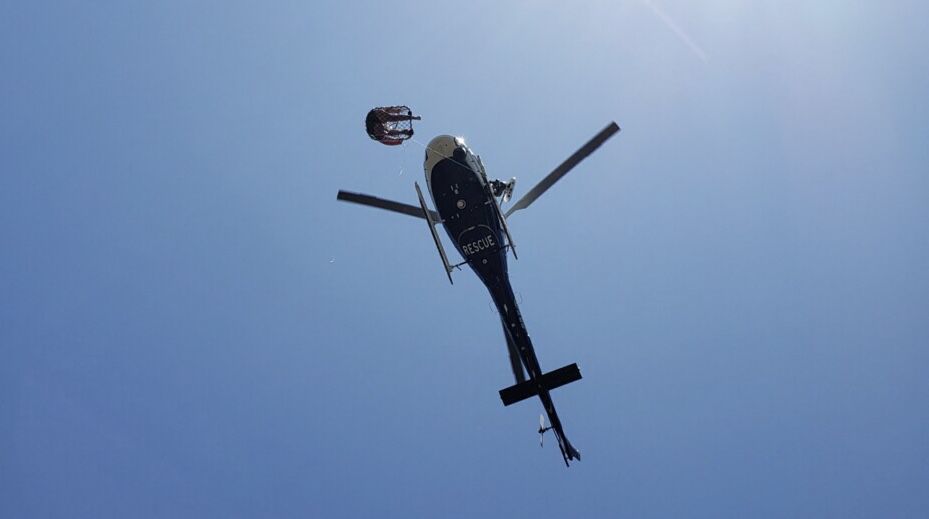 A California Highway Patrol helicopter and basket arrived earlier this month to rescue an injured hiker at Westwood Hills Park.

A hiker was rescued Friday afternoon after she hurt her ankle on a hill in Westwood, fire officials say.

The woman wandered off the trail at Westwood Hills Park, hurt her ankle while walking about 100 yards down from the top of the hill and needed help to get down, said Napa Fire Cpt. Ty Becerra. Fire officials responded after the call came in shortly before noon and found her in 20 to 30 minutes.

The hiker later contacted the Register and said she had not wandered off the path, but was hiking a dangerous and poorly maintained trail.

Fire officials arrived, started paramedic care and realized their best option to get her down the hill was a helicopter. They called on California Highway Patrol, which flew to the scene to aid in the rescue, he said.

The woman hiker was hoisted off the hill in a cable, taken to the park's entrance and taken to Queen of the Valley.

A Santa Rosa man was arrested early Thursday morning after initiating a police pursuit through Calistoga that ended when he crashed his car.

A kitchen fire that struck a home in east Napa caused an estimated $150,000 in damages, fire officials say.

Sorry to hear of hiking injury

If you can't handle the trails...

A California Highway Patrol helicopter and basket arrived earlier this month to rescue an injured hiker at Westwood Hills Park.