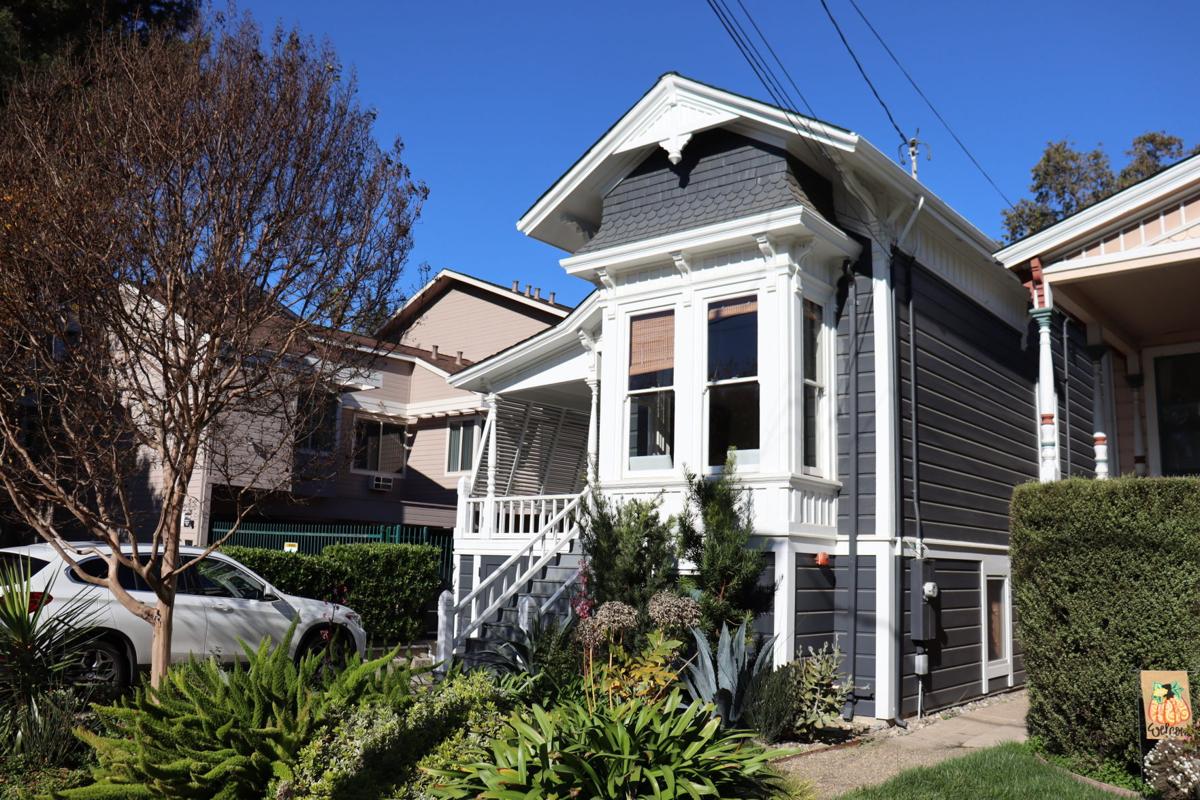 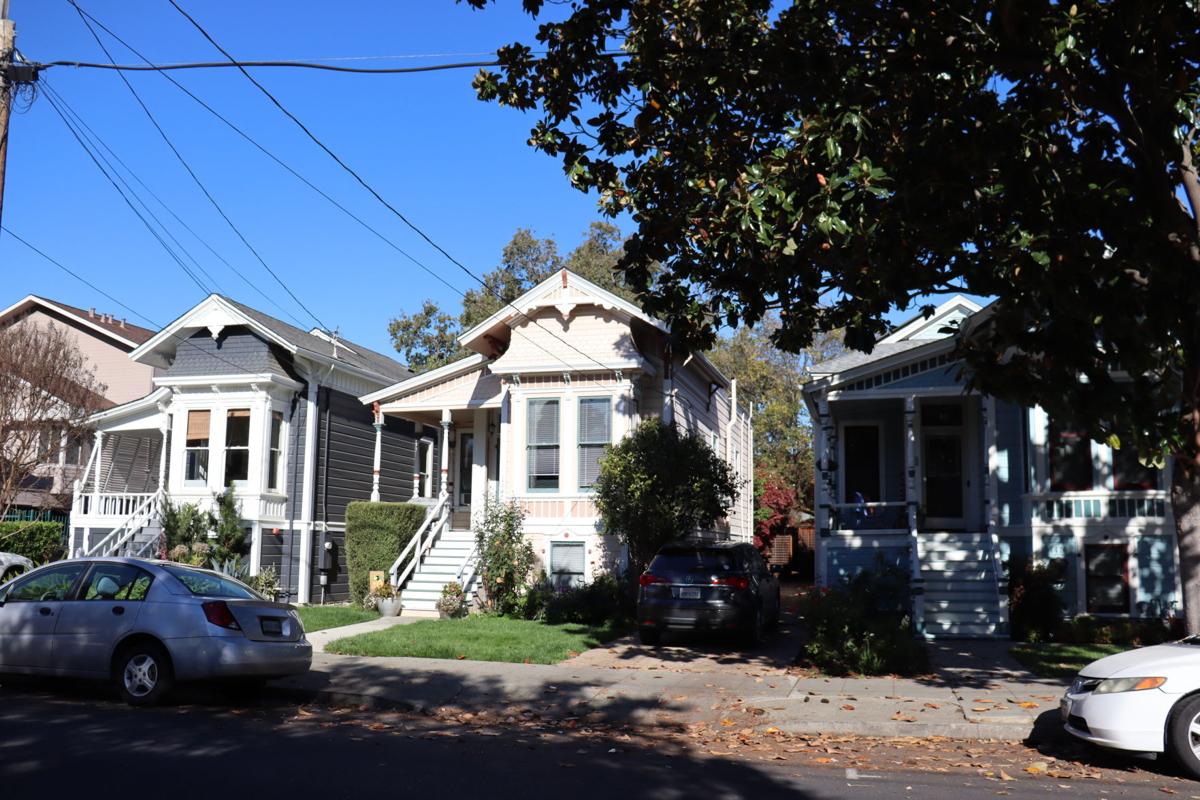 A historic house at 1488 Calistoga Ave. in downtown Napa, one of three nearly identical single-story Queen Anne-style cottages built next to each other in 1886, will be preserved and restored under a Mills Act agreement.

The Mills Act is a 1972 California state law which allows owners of historic properties to pay less in property taxes in exchange for maintaining, restoring or rehabilitating the property’s historic character.

The Calistoga Avenue cottage — listed on the National Register and in the local historic inventory — is the 13th property in the city of Napa to receive a Mills Act designation, which has been available to city residents since 2005. That’s more than twice as many designations as there were in October of 2018, according to previous Register reporting.

Karen Wesson, the owner of the Calistoga cottage, isn’t a newcomer to the Mills Act: she previously renovated the Judge Johnson and Sarah Horrell House at 554 Randolph St. under a Mills Act agreement.

That house — red-tagged after the 2014 South Napa Earthquake — had been separated into six apartment units and suffered from years of delayed maintenance, according to previous Register reporting.

Over five years, Wesson and a team of workers renovated the property and converted it back into a single-family home, restoring original design elements — such as the front portico, redwood siding, and roof finials — along the way.

“I think the Mills act is a great resource for all these old homes,” Wesson said. “And I’m very grateful for the city of Napa for offering it and approving it.”

Wesson will also be rehabilitating the Calistoga Avenue house — by fixing up historic elements, restoring interior features, upgrading the kitchen, and carrying out ongoing maintenance — but the project is smaller scale than the Horrell house, she said.

This time around, Wesson said she’ll be restoring various small details of the house that have changed over time.

“Sometimes over time, and especially with the other two houses, you can really see where changes are coming into play,” Wesson said. "Over time they sort of lose that character of these three unique homes.”

The development of Calistoga Avenue in the late 1800s and early 1900s consisted of homes built for moderate-income families, according to a document about the house’s history filed by Wesson.

The three cottages were originally built on a lot owned by George Horton — who ran a furniture shop in St. Helena — in March 1886, along with the two nearly identical homes nearby. Horton hired Charles W. Wilkins, a contractor from Oakland, to build the houses — which was expected to take only three months, according to a March 1886 article from The Napa Register Wesson included in the document.

Horton sold 1488 Calistoga Ave. to the photographer Mark Hopkins Strong in 1889. Strong lived in and owned the cottage until selling it in 1921.

The estimated property tax savings for the Calistoga Avenue house is a 63% reduction if Wesson rents out the property or a 70% reduction if she lives in the property, according to Napa County Assessor John Tuteur. (That reduction is based on the Proposition 13 base year value, which is set when a property is purchased.)

The assessed value of the Calistoga Avenue property is $1.285 million, which means the city’s annual 22% share of property tax from the house will drop from about $3,000 to about $1,000, according to a city estimate of fiscal impact.

Wesson said restoring and maintaining these houses can be very expensive, so she appreciates the property tax reduction. She also said the process of applying for a Mills Act designation involves detailing the work that’s going to be undertaken and having that approved by the city’s Cultural Heritage Commission and the Napa City Council.

“You’re required now to give a specific schedule, it has to be well thought out and approved by the CHC, so they’re authentic restoration projects,” Wesson said. “You can’t say ‘I want to replace my windows and put in all vinyl windows.’ It’s more like replacing the vinyl windows with what was originally there.”

Applicants for Napa properties also need to pay a $2,500 fee to cover staff time and materials. Mills Act contracts last for an initial term of 10 years, and the contract will automatically renew for another 10-years unless the property owner or city chooses to not go forward with a renewal.

“I think there are more people in town that should be considering (a Mills Act application),” Wesson said. “I mean, it’s a great way to really focus on the restoration. It’s an incentive to give it back its character; its original, in-kind character sometimes. Because so many houses begin to lose that.”

Three new fire engines, replacing old 2001 engines, are set to be ordered by the city of Napa fire department and will arrive in 2023.

An upcoming phase of flood control for the Napa River — to install flood walls north and south of Lincoln Avenue — is in the works, and construction is anticipated to start in 2024.

A bevy of changes to waste standards are headed to the Napa City Council, including a requirement that Napa residents separate organic materials, like food scraps, from recycling and trash.

The Napa Parks and Recreation Foundation is hoping to fundraise and advertise for a summertime youth recreation scholarship program for city of Napa recreation programs.