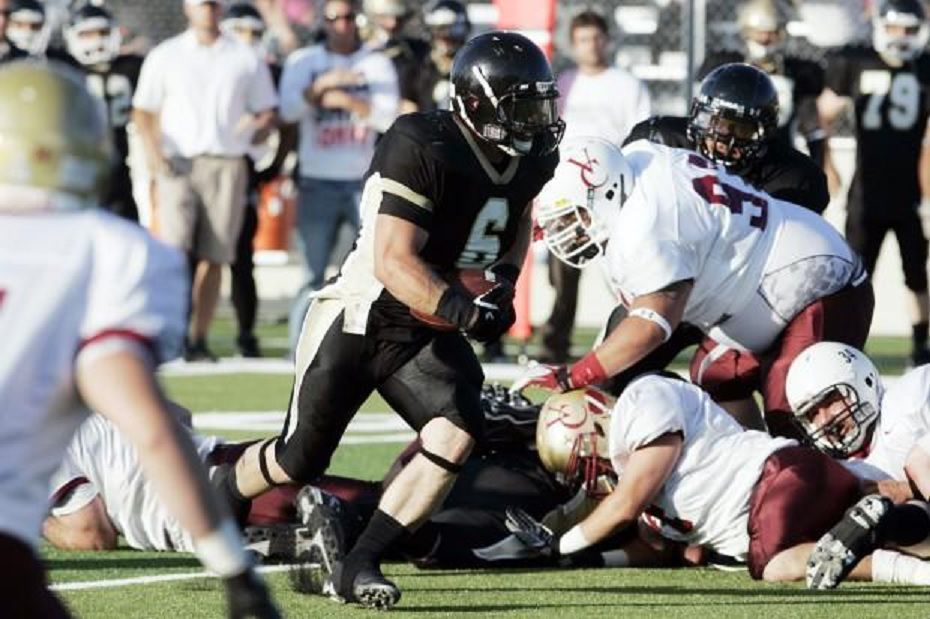 I hope you are staying safe during these exceedingly difficult times.

While the coronavirus outbreak has stopped the world by costing people their lives or jobs or leaving them compromised, it has also meant no sporting events.

Times like these bring out my reflective side, including memories of my former career as a sports reporter. Most of that career was on the Upvalley beat, though I also had a chance to get a taste of high school sports in the city of Napa on an intermittent basis.

The football rivalry between the Napa Indians and Vallejo Apaches in 2002 saw the former win 28-14 at Corbus Field in Vallejo, and often enters my mind because of the lasting plights each program took. To the chagrin of many, both schools now have different mascots – Napa being known as the Grizzlies and Vallejo as the Redhawks. While the mascot change is part of the story, there’s no need to further revisit that rabbit hole.

This is the third-oldest high school football rivalry in the state, which is significant considering the fact that there have been stretches of time when the schools did not play each other.

Both teams were 2-1 entering the 2002 game. But going in, one had the feeling Napa had more momentum. I don’t necessarily subscribe to the Bill Parcels theory that “you are what your record says you are.” In a numerical sense, that statement is true. But records are as much about the eyeball test as they are numerical fact.

The Indians had lost 25-24 to Las Lomas in their season opener that season before rebounding with wins over Buhach Colony and Rodriguez, both by 69-13 scores. Granted, both opponents were first-year varsity programs with no seniors. But Napa had struggled in the years leading up to 2002 and was ready for big things.

Vallejo had finished 10-2 in 2001, winning a share of the MEL title with Fairfield. Before the 2002 season, however, the Apaches’ program was dealt two severe blows. The first was quarterback DeMarcus Nelson opting to forgo his junior season of football after signing a full-ride basketball scholarship to Duke University. The second blow came when wide receiver-defensive back Warner West transferred to another school.

As consistent as Vallejo had been, the program had a next-man-up mentality. But that mantra would have its limits.

The Apaches had had a recent advantage over Napa, including a more-decisive-than-it-appeared, 49-23 win at Memorial Stadium in 2001. Though the 2002 regular season would have six more games after this one, Napa had a chance to go a long way toward returning to relevance with a win over Vallejo.

On this night, the Indians’ running back tandem of Buddy Connor and Iori Osawa would combine for 102 yards rushing as Napa forced four Vallejo turnovers in handing the Apaches a loss. Once the Indians jumped to a 28-0 halftime lead, it was curtains for Vallejo.

Napa opened the scoring early in the game after Ademir Cacique intercepted Vallejo quarterback Sean Thomas for a 39-yard return. Napa’s Joe LeMasters rushed in from 7 yards out to give the Indians a 7-0 edge.

Napa widened the advantage to 14-0 after Matt Shimel’s 52-yard punt return set up Osawa’s 4-yard scoring run. On Vallejo’s ensuing possession, Ryan Beeman recovered a fumble and returned it to the Napa 31-yard line. Seven plays later, Osawa had another 4-yard scoring scamper for a 21-0 lead with 9:55 left in the half.

The Indians kept the pressure on as Connor executed a fake punt that resulted in the team’s final touchdown before halftime. Connors received the punt snap, faked a pass and handed off to Cacique, who went untouched for a 34-yard score.

Vallejo scored two second-half touchdowns to make the final score appear more respectable, but the Apaches were never in the game.

Vallejo came back to win its next three games to improve to 5-2. But late-season losses to Fairfield, 21-13, and Davis, 16-13, knocked the Apaches out of the playoff picture. They finished with a 29-0 win over Hogan.

In 2003, the MEL was realigned and Vallejo moved to the Solano County Athletic Conference. Though the Apaches would go 8-4 the following season and reach the second round of the CIF Sac-Joaquin Section Division II playoffs, the previous year’s losses to Vacaville and Napa were the first sign that Vallejo was developing cracks in its armor.

While the 2002 win at Vallejo got the Indians over a psychological hurdle, it was still considered a high-profile game for Napa and led to big things.

Regardless of what these two programs currently are, the 2002 matchup is one I frequently look at as a tipping point for both programs.