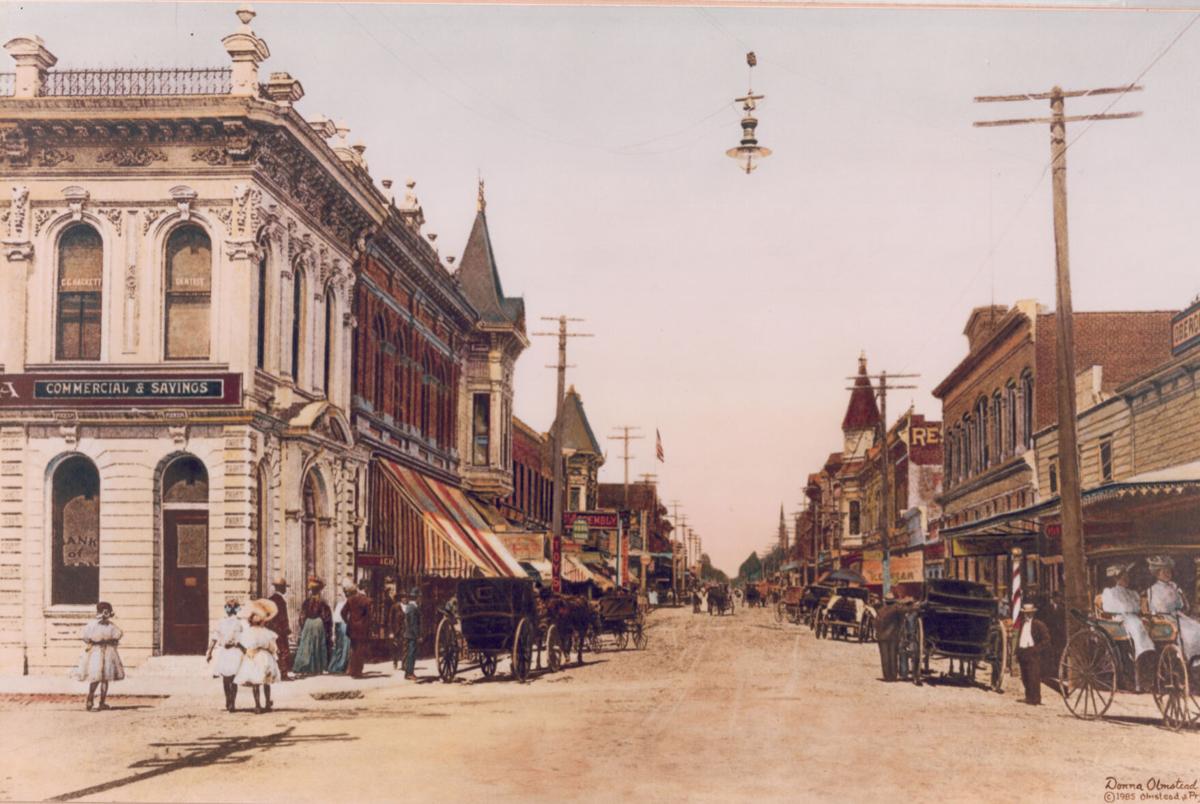 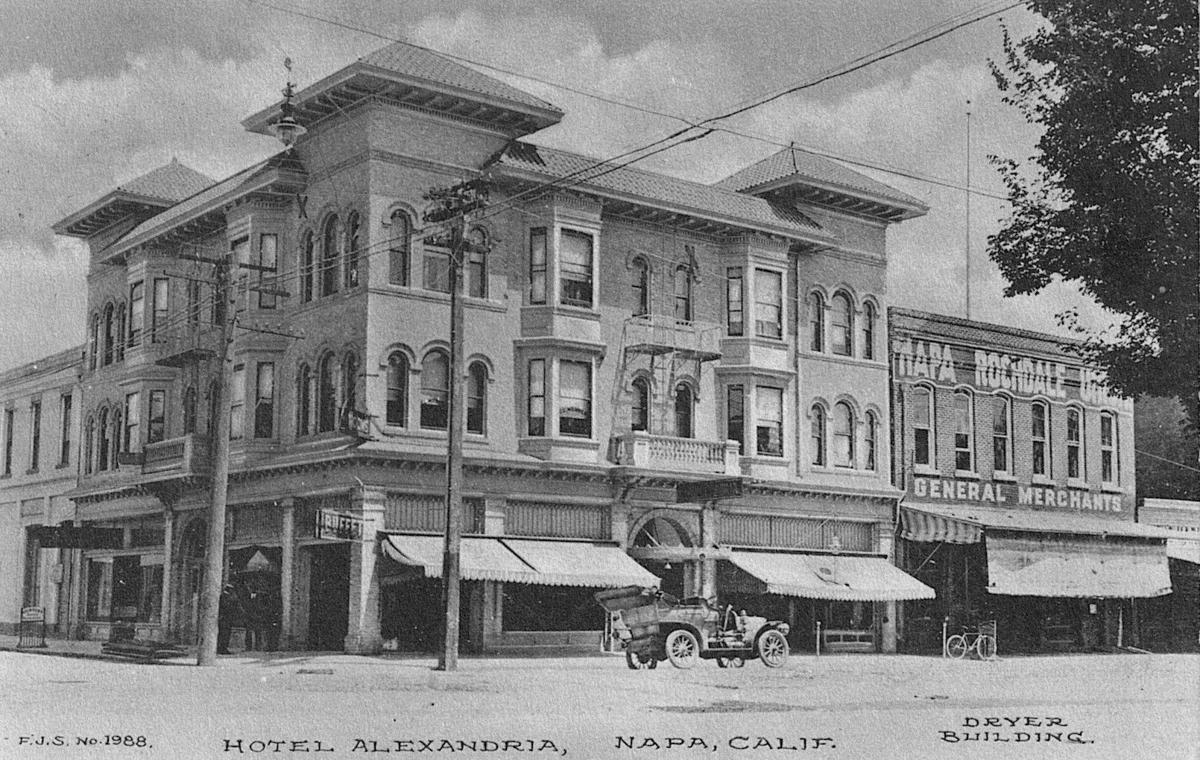 The Plaza Hotel, now Alexandria Square, was once frequented by Hollywood stars. 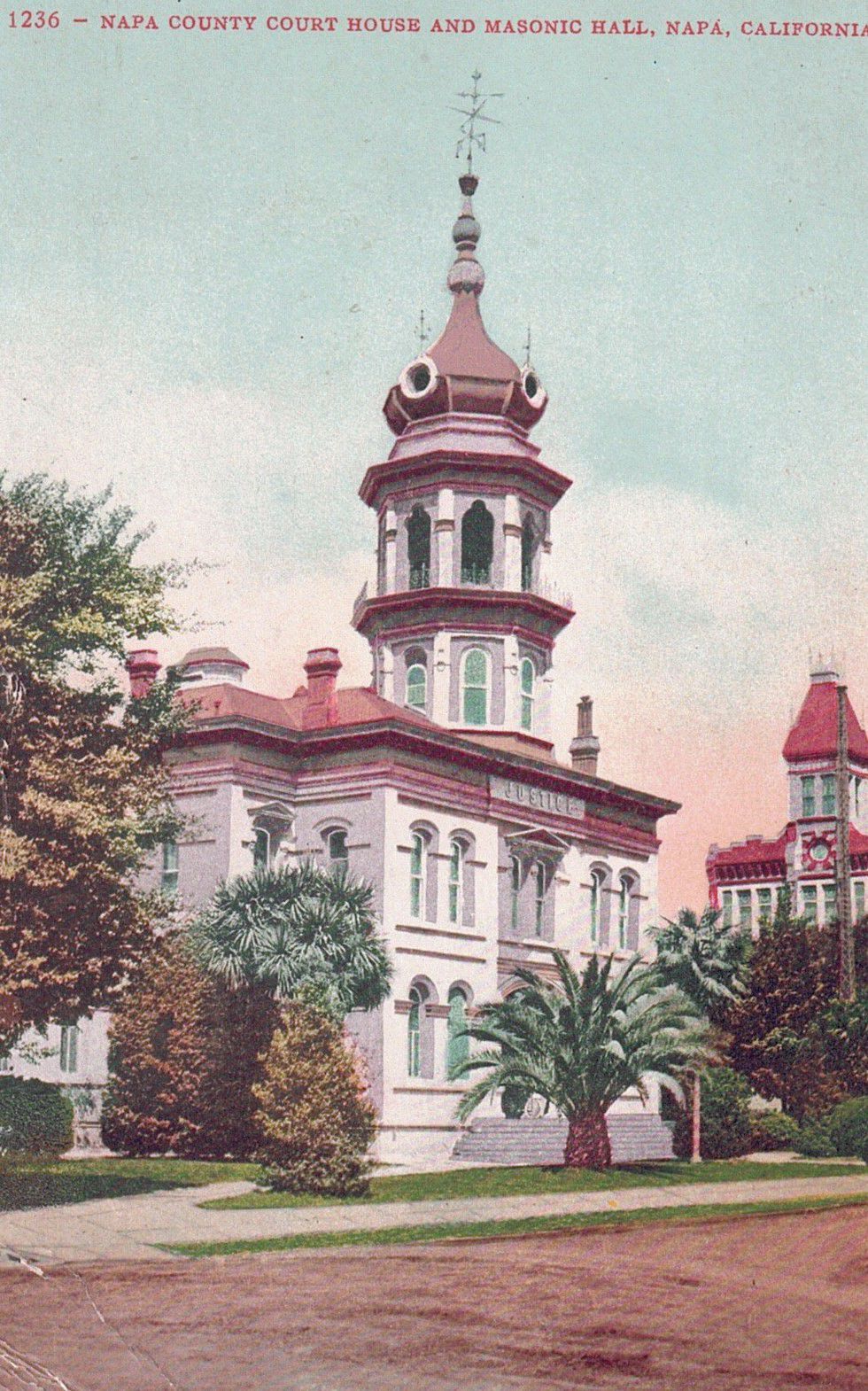 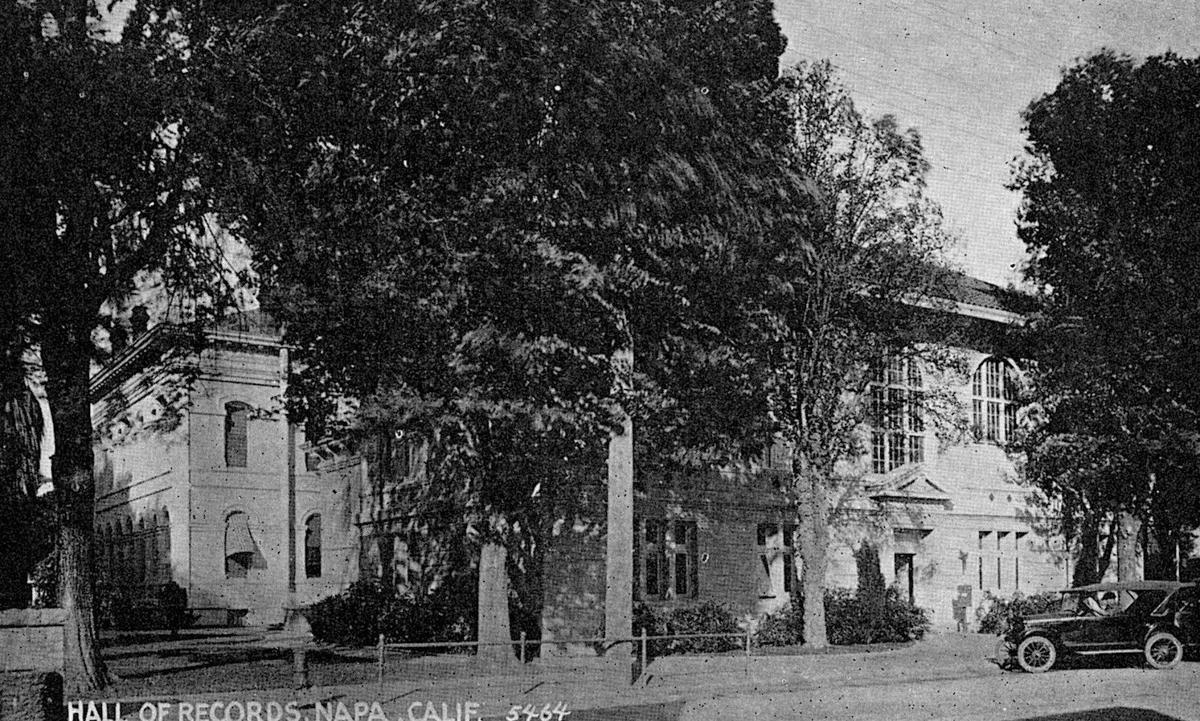 There are times when history can be a mystery in the most frustrating ways. It can keep key pieces of its information quite the secret even for the most expert of researchers. However, other history mysteries are far from elusive and actually can be quite fun to unravel, such as the following pieces and pictures from Napa’s past.

One could say the adage, “the tie that binds,” applies to the following subjects as their histories are intertwined through a person, event, or both. Beginning with the two most well-known of this category, the Napa County Courthouse and Napa Valley Opera House, they are historically wed together by both people and events. Actually, the word "tragedy" best describes their connection.

The design team for this pair of historically significant buildings was the same, sibling architects Samuel and Joseph Newsom from San Francisco, as well as Ira Gilchrist of Napa. The latter was a local architect and owner-operator of the Third Street planing mill.

This trio originally designed the existing courthouse with an onion dome-topped bell tower rising above its Brown Street entrance. This curious and unexpected architectural detail was quite the topic of conversation throughout the county. As a side note, the dome and tower were removed from the 1878 building due to damaged caused by the 1906 San Francisco earthquake.

The cornerstone of their second, and final, collaborative effort, the Opera House, was laid a year later. However, before its grand opening in early 1880, tragedy struck repeatedly. First, the developer of the entertainment center, George Crowey, and his sons stood trial for the death of a local cook whose death was caused by injuries he sustained during a brawl with the Crowey brothers.

Ultimately, only one of George’s sons, John, would be found guilty. But George Crowey, who spent $30,000 of his own money to construct the opera house, was so humiliated and shamed by the ordeal he was unable to attend the grand opening of his beloved project.

Another who was absent from that ceremony was Gilchrist. Sadly, just weeks before that big event, he passed away from a head injury he received as a result of a fall. Apparently, the accident happened when Gilchrist was up on a ladder hanging some drapery at his home. To add even more sorrow, his death occurred about a month before the birth of his third child who would be named in honor of his late father, Ira Gilchrist, Jr.

As for the Newsoms, following the dissolution of their partnership, tragedy would strike swiftly with fatal results for Samuel. While commuting aboard a San Francisco ferryboat traveling between Oakland and San Francisco, he was struck down by a massive coronary. Joseph subsequently returned to San Francisco to run his late brother’s architectural firm and watch over Samuel’s widow and children.

Historically and physically linked to these accounts are three other buildings and another locally significant architect. Following Gilchrist’s death, his widow eventually sold his planing mill to the Corlett family patriarch. One of his sons, William H. Corlett, would become one of Napa County’s most noted architects. He designed numerous governmental and commercial as well as residential buildings, including the Hall of Records attached to the courthouse’s western elevation. Corlett also designed three nearby buildings that still stand today. One of these buildings was the scene of a more contemporary mystery, the 1970s murder of Anita Andrews that took place in her family’s Main Street bar, Fagiani’s. This cold case was finally solved about a decade ago.

Around the corner from Fagiani’s on Brown Street is its nearly identical twin, architecturally speaking. Originally known as the Martin building, this stone structure was renamed the Center Building by a subsequent property owner. The Martin-Center building still retains some interesting interior details that baffled many contemporary Napans. But a little extra research shed some light on this mystery. Those details were symbols of the fraternal organizations that once met in the Martin-Center building second-floor meeting hall.

A third Corlett building is just a few doors up on Brown Street at Second Street, the Plaza Hotel-Alexandria Square building. Its first-floor restaurant space has always served as a dining establishment. In fact, in its earlier days, the Plaza was one of only a handful of downtown Napa restaurants. Its mystery is more of a “Really! I never would have guessed that !” historical fact.

As Napa County was revitalizing itself from the effects of the Spanish Influenza Pandemic, World War I, Prohibition, and the Depression, Hollywood discovered Napa Valley and cast it as the perfect backdrop for feature films. The first big-name production was “They Knew What They Wanted,” starring Carol Lombard and Charles Laughton. When Lombard’s husband, Clark Gable, would visit her while she was on location in Napa, they frequented the Plaza cafe. As the Hollywood “A-List” couple attempted to enjoy their meal and converse, it is said, those around them found whatever excuse to get as close to Lombard and Gable to listen in. Although much to the eavesdroppers’ dismay, they heard no great secrets. Regardless, the mystique of Hollywood and its celebrities continued to remain an alluring mystery to many locals, enticing them to stargaze.

For history buffs wanting to discover more local historical gems such as the historical accounts highlighted above, please join Napa County Landmarks on Saturday, Aug. 21, from 10 a.m. to noon, for a History Mystery Scavenger Hunt. I will be your guide. For more information about this fun for all ages event, and to purchase tickets, please visit napacountylandmarks.org or call 707-255-1836.

Downtown Napa's historic Sterling residence, now a commercial building, was built by an early Napan whose story is as interesting as his house.

Along Napa’s riverfront are numerous buildings that harken back to the waterway’s heyday.

The Plaza Hotel, now Alexandria Square, was once frequented by Hollywood stars.