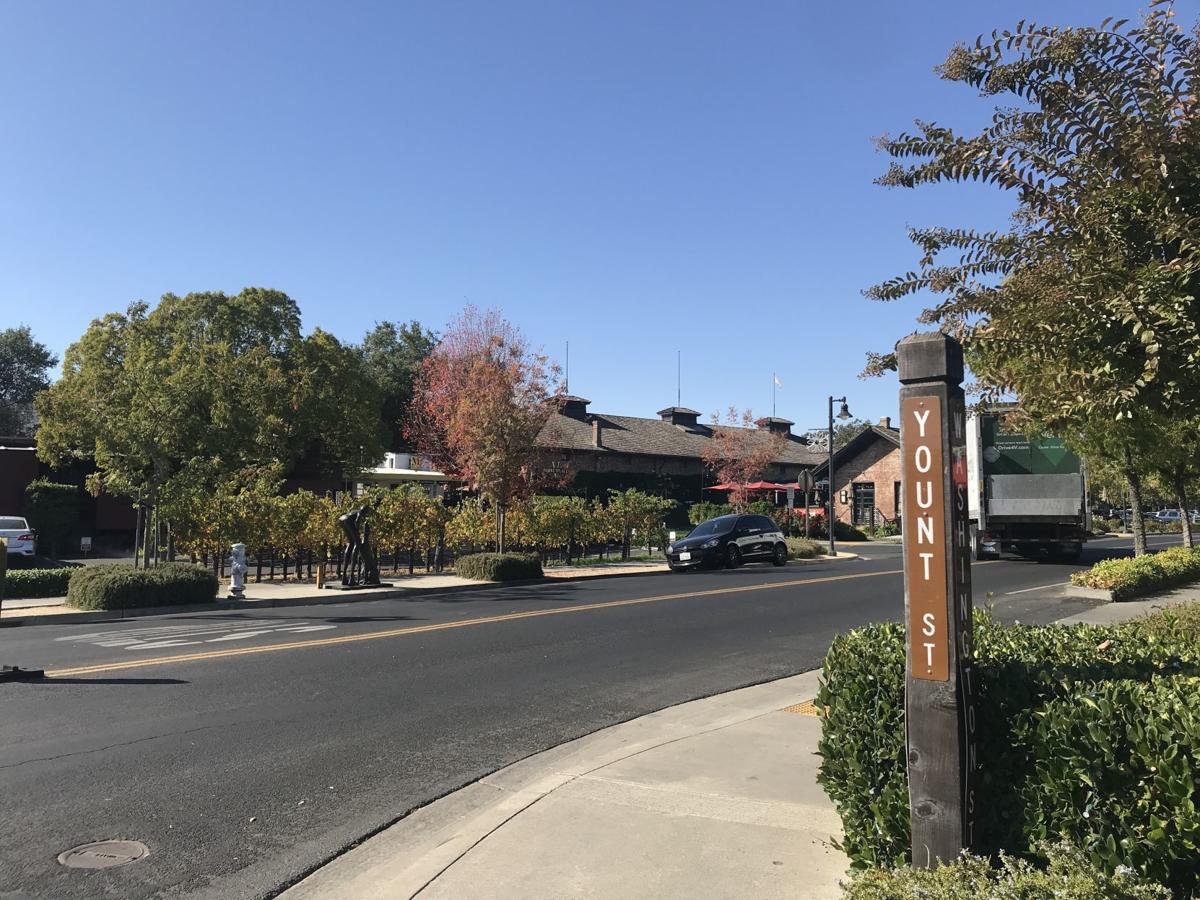 This is the corner of Yount and Washington streets Tuesday afternoon. Downtown Yountville seemed to have been spared of any smell by mid-day Tuesday. 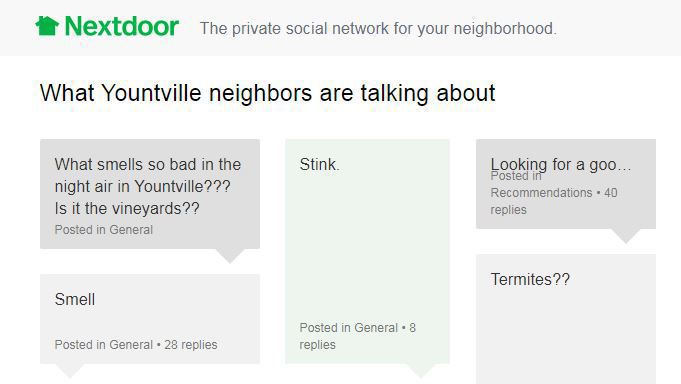 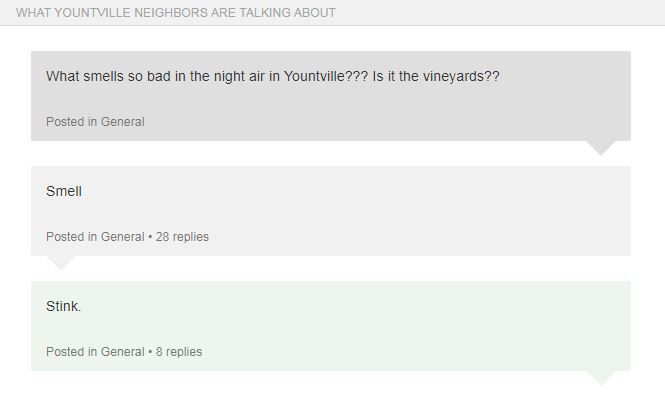 YOUNTVILLE — Yountville residents received a Nixle alert early Tuesday morning: ‘Advisory: Unpleasant Smell in Town,” the title read. Some residents say they couldn’t help but to have been previously aware.

Carol Carsillo, who has lived in the Napa Valley her whole life and moved to Yountville a year and a half ago, said she returned to her home Monday night and was immediately overwhelmed by the smell.

“It smelled exactly like Harris Ranch,” she said, naming the cattle ranch halfway to Los Angeles along I-5 notorious for its stench. “I had all my windows open, and at first, I thought – is this (coming from) my house? But it couldn’t have been.”

Carsillo said she made a point of closing her windows and then logged on to NextDoor, a neighborhood-centric social medial website where Yountville has its own conversation boards. At that point, she said, there were “10 or so neighbors” who had posted, wondering what the smell was.

Yountville Town Manager Steve Rogers said the town had sent out the alert to inform residents, and to address their concerns.

“The smell was fairly prominent, and this does happen periodically,” Rogers said, adding that the town had meant for the alert to serve as a “polite way” to let residents know local officials were aware of the smell.

“The unpleasant smell drifting into Yountville is from agricultural vineyard properties in the unincorporated county east of the Town limits spreading manure and/or fertilizer onto the vineyards,” the alert read. “The smell should disperse after a day or two.”

The end of harvest means growers look to replenish their vineyards, of which fertilization is an important part. On Tuesday afternoon, the smell seemed to have dissipated from downtown Yountville, though it slightly clouded the air over Highway 29.

“In Yountville, we are completely surrounded by agriculture,” Rogers added. “Most of the time it’s completely tranquil and peaceful, but every once and a while, it’s – active agriculture.”

Any olfactory side effects from agriculture will vary greatly depending on time of year, weather conditions and wind, according to Rogers. The town wanted to let its residents know that the smell was not an indication of anything “significant.

Carsillo, for her part, said that in her initial confusion, she had wondered if the smell was a byproduct of some kind of “poisonous gas,” though she soon realized it was a product of vineyard work.

Rogers said he figured neighbors would be posting on NextDoor. On Tuesday, several posts about the smell visibly peppered Yountville’s public “what neighbors are talking about” portal. He said there had been no notice given to residents prior to the sprayings, a factor he voiced some concern over.

“What smells so bad in the night air in Yountville???” one poster wrote. “Is it the vineyards?”

Derry O’Donovan, a Napa resident who was sitting outside of Bouchon Bakery with Carsillo Tuesday afternoon, said he’d known what the smell was – a product of a career in agriculture. He’d always found the duality of living near vineyard properties interesting, he said: their scenic attraction on the one hand, the reality of living near an agricultural area on the other.

“That’s the romance of living near vineyards for you,” he said.

In Yountville, complexity, acidity and mouthfeel describe not just wine, but coffee

A year after Napa native Alaina Housley's death, her parents keep up the campaign against violence

Having lost a daughter, her parents have committed to spreading 'love and positivity.'

The ownership of the Restoration Hardware complex in Yountville has changed. The customer experience has not.

As the 2019 harvest nears its end, growers’ satisfaction with the quality of their grapes was tempered by their concern for Sonoma County resi…

This is the corner of Yount and Washington streets Tuesday afternoon. Downtown Yountville seemed to have been spared of any smell by mid-day Tuesday.