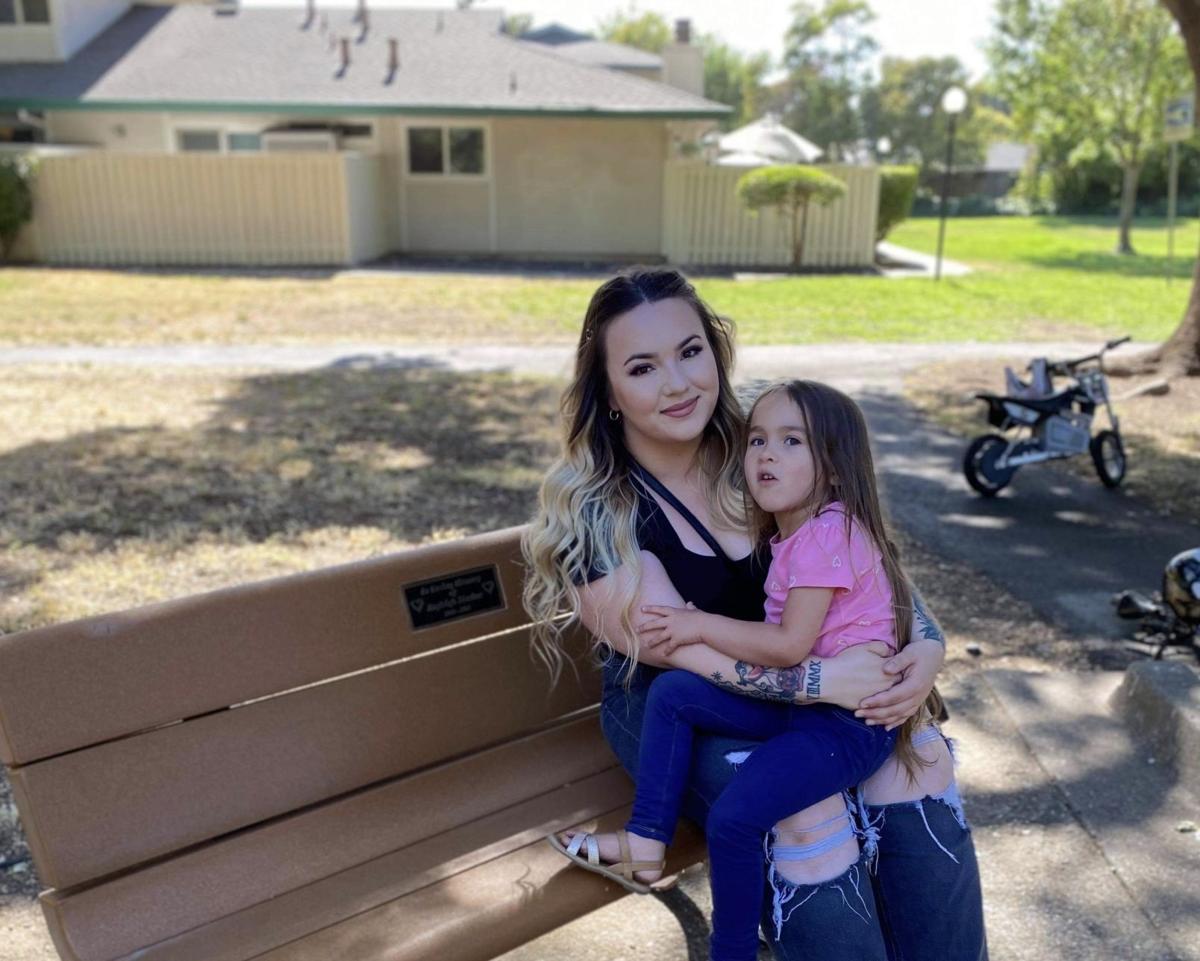 Sophie Grech and her daughter at Kayleigh's bench. Grech raised funds for the memorial bench for her niece Kayleigh Slusher, who died in 2014 at age 3. The bench is located at Camille Park, where Grech used to take her niece to play. 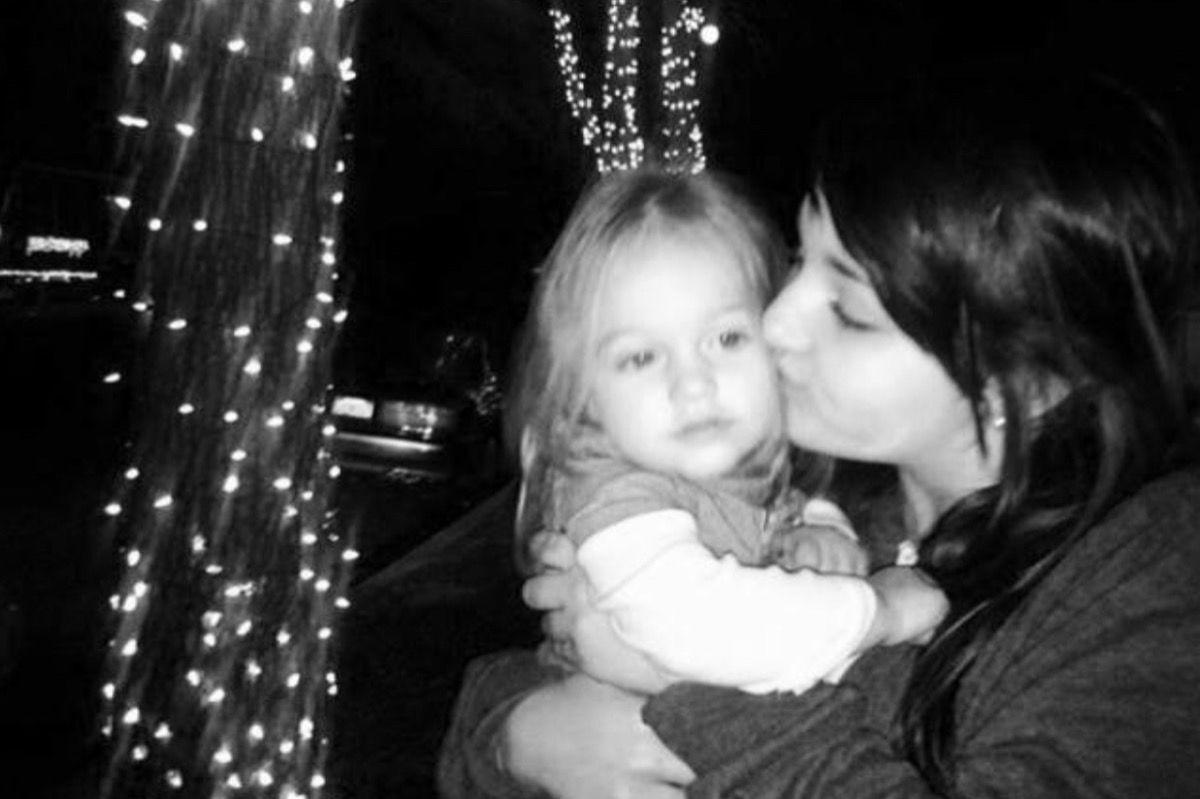 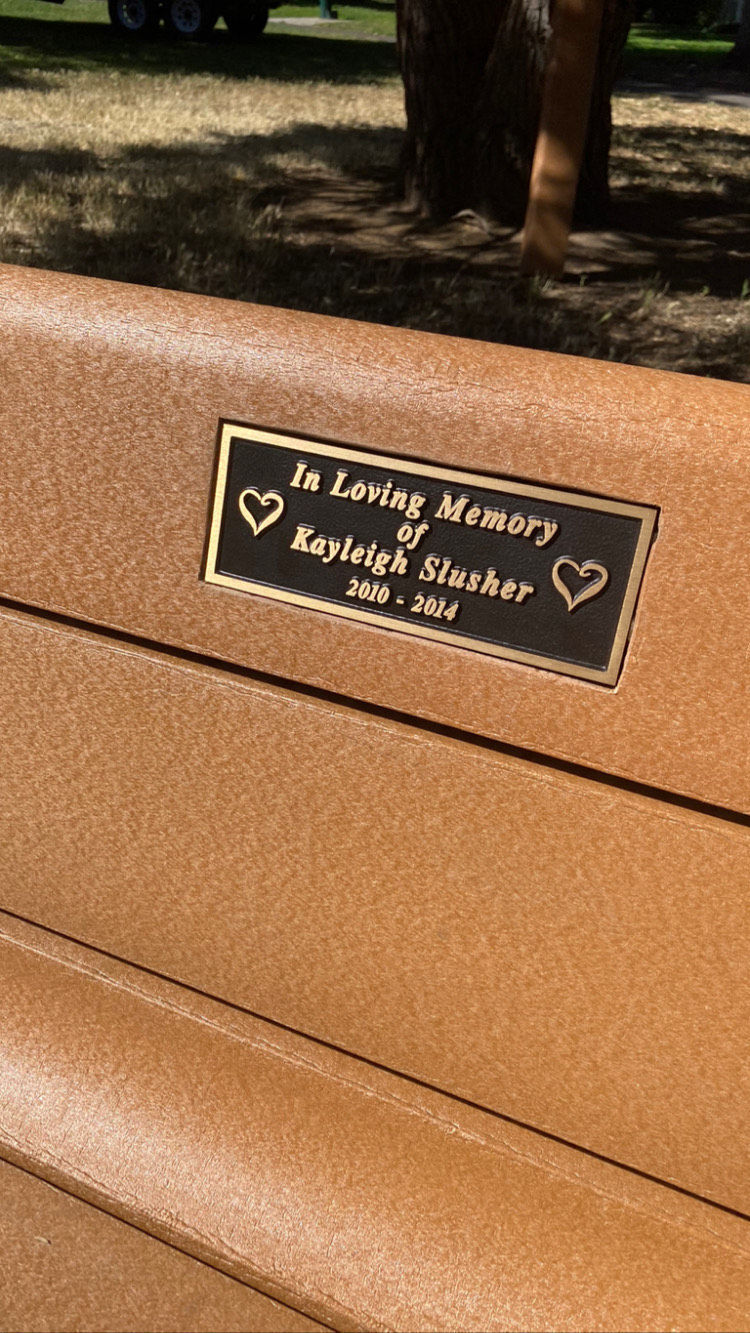 This memorial bench at Camille Park in Napa was recently installed in memory of Kayleigh Slusher, who died in 2014 at age 3. 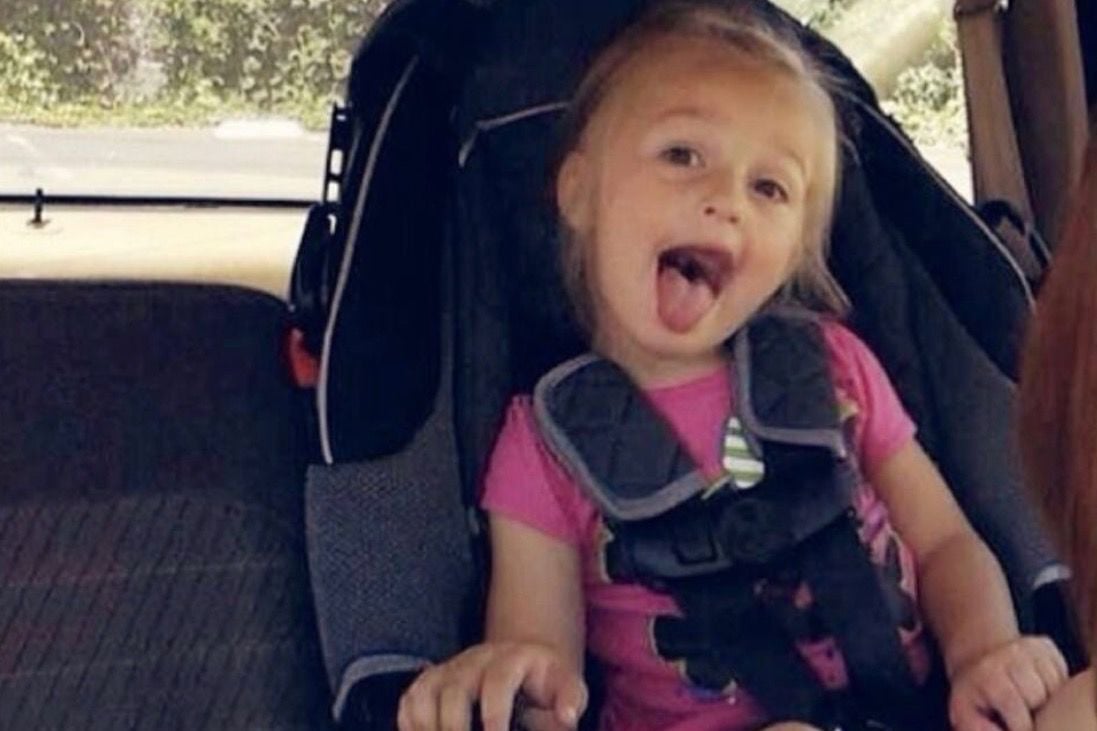 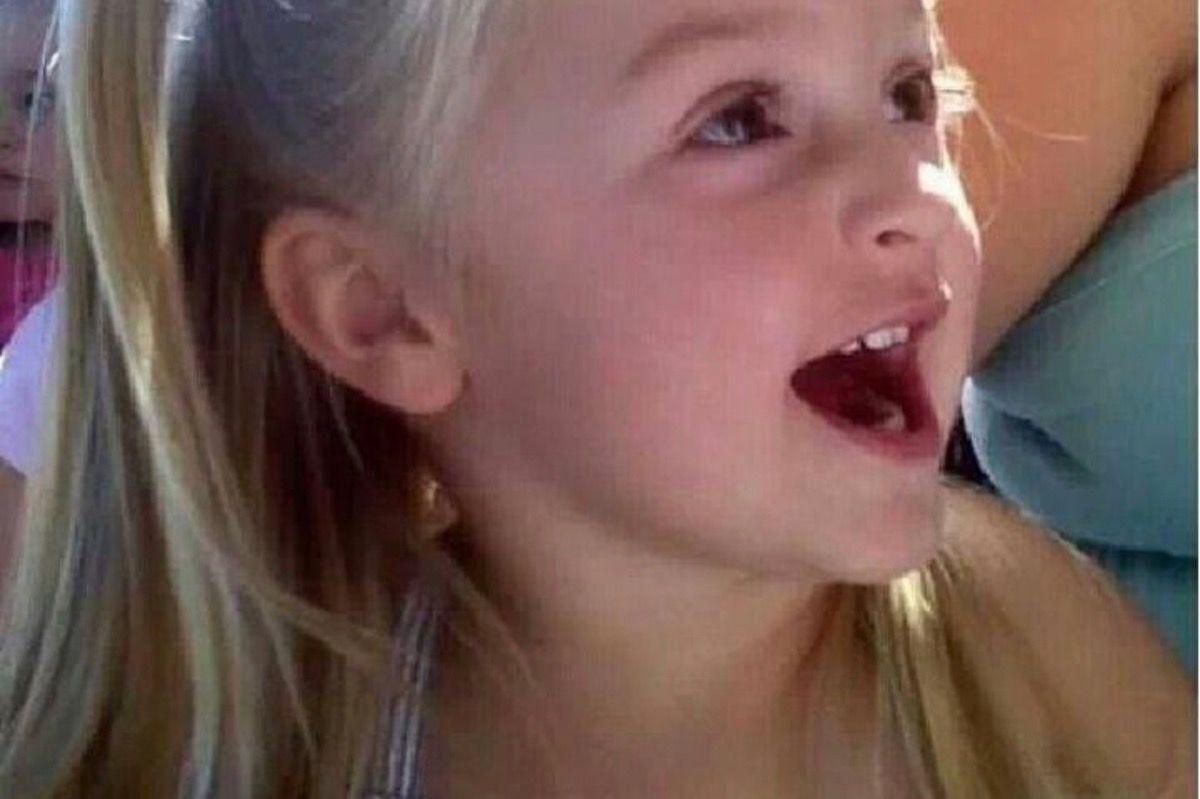 Sophie Grech has treasured memories of taking her niece Kayleigh Slusher to Camille Park in Napa.

Every time they’d visit, “She would run straight for the playground,” recalled Grech. “She’d love to go down the slides. She’d run around singing — she loved to sing.”

But those visits came to an abrupt end in 2014 when Kayleigh died. She was just 3 years old.

In a case that horrified the community, Kayleigh’s mother, Sara Krueger, and her live-in boyfriend Ryan Warner, were convicted in 2017 of beating the girl to death.

Both were sentenced originally to life without parole but later became eligible for a sentence of 25-years-to-life.

Grech is Krueger’s half-sister. She was just 17 when her niece Kayleigh died.

“I wanted to do something to honor her,” said Grech, about Kayleigh.

And earlier this month, that’s exactly what she did.

Using a GoFundMe campaign, Grech and almost two dozen other supporters raised $1,140 to buy and install a park bench in Kayleigh’s honor.

Grech explained where the idea for the memorial came from. She’d recently watched a documentary about a boy named Gabriel Fernandez who died in Southern California under similar circumstances.

“It broke my heart,” said Grech. It also “made me feel heartbroken about my niece all over again and brought up all these horrible memories.”

Grech, now 24, is a mother herself. “I have a little girl that is around her age,” she said of Kayleigh at age 3.

That was a huge reason “why I decided to do it now,” she said of the bench.

Working with the city of Napa Parks & Recreation Services Department, Grech ordered the bench. A local trophy shop made a little plaque for it.

She was able to pick the spot for the bench at Camille Park, said Grech. “It’s a really special location. We spent a lot of time there.”

Grech said it didn’t take long for the GoFundMe account to reach its goal.

“It was honestly a really good feeling,” that the money was raised so quickly, said Grech. “I just love that people are wanting to keep her name alive. It’s awesome seeing the community be supportive. I don’t want people to forget about her.”

For more information on the city of Napa memorial bench program, contact the Parks & Recreation Services Department at 707-257-9529. The program also offers an option to plant a tree.

Grech said that she was especially touched that people she didn’t know contributed to the bench.

“With this really sad situation, it just warms my heart that she’s not going to be forgotten.”

She wants others to know about the bench and her niece, “so we can keep Kayleigh’s name alive and people will remember her.”

Grech said her two children know who Kayleigh is and have visited the bench.

“I show them pictures of her,” said Grech. “I tell them she’s an angel in heaven (and that) this bench is for your cousin, and we can come play here all the time and sit on the bench.”

Looking at the plaque and bench today is surreal, said Grech.

When asked if Krueger knows about Kayleigh’s bench, Grech said she’s not in contact with her half-sister anymore or the Slusher family.

Heat alerts in effect for parts of the South and Northwest

A state appeals court overturns a portion of Sara Kreuger and Ryan Warner's conviction that alleged they had tortured 3-year-old Kayleigh Slusher with the intent to kill.

The city and county of Napa will split a $5 million payment to the father and the grandparents of 3-year-old Kayleigh Slusher, whose death in …

A little girl found dead, her body abnormally cold and bruised all over, her mother nowhere to be found. This is the scene that police found w…

County officials reviewed a grand jury’s findings on the Napa Child Abuse Hotline, noting that some of the things the jury recommended were ei…

A day after Sara Lynn Krueger and Ryan Scott Warner were sentenced to life in prison for the murder of Krueger’s daughter, 3-year-old Kayleigh…

A bench dedicated to Kayleigh Slusher was vandalized last week in Napa.

Sophie Grech and her daughter at Kayleigh's bench. Grech raised funds for the memorial bench for her niece Kayleigh Slusher, who died in 2014 at age 3. The bench is located at Camille Park, where Grech used to take her niece to play.

This memorial bench at Camille Park in Napa was recently installed in memory of Kayleigh Slusher, who died in 2014 at age 3.