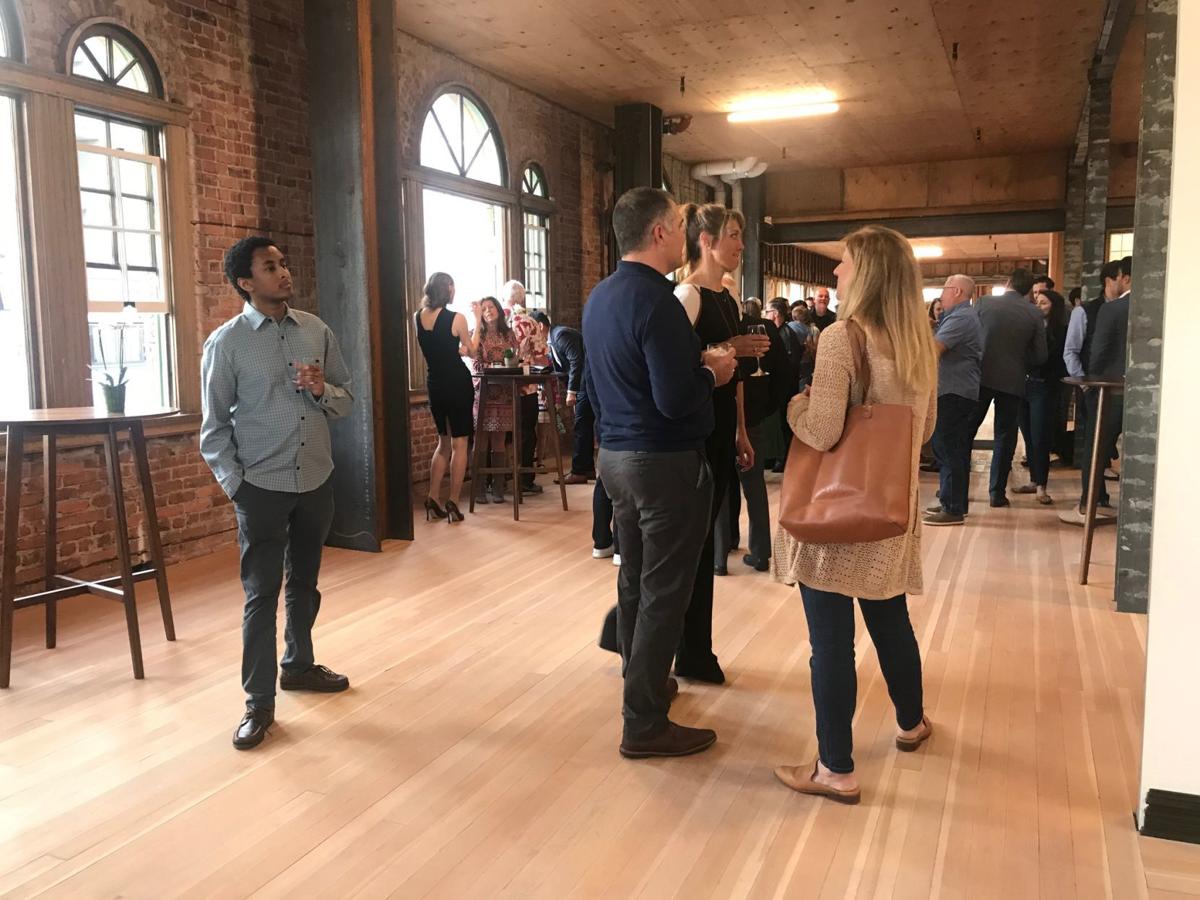 Guests mingle during an open house at Napa's Gordon Building. 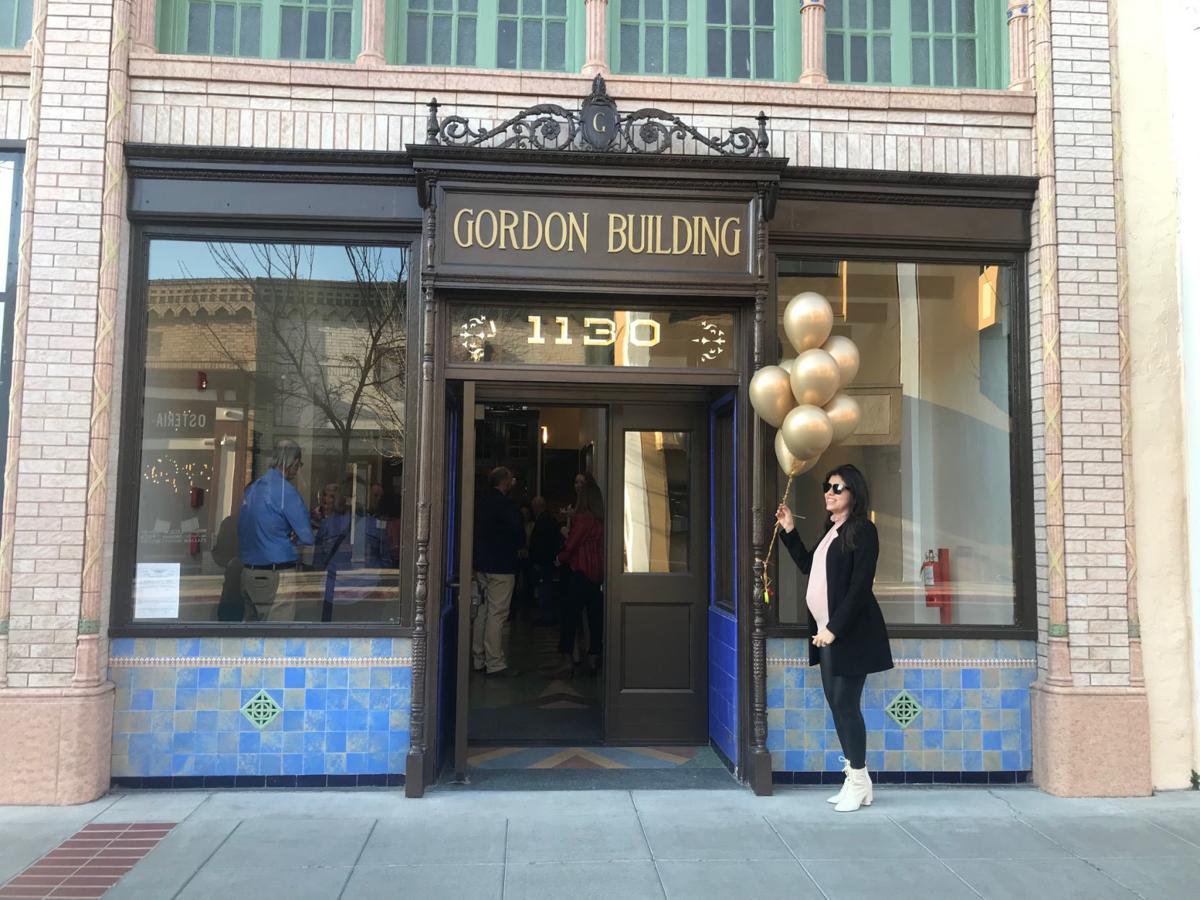 A guest poses for a photo on Wednesday afternoon outside the newly renovated Gordon Building on First Street in downtown Napa. 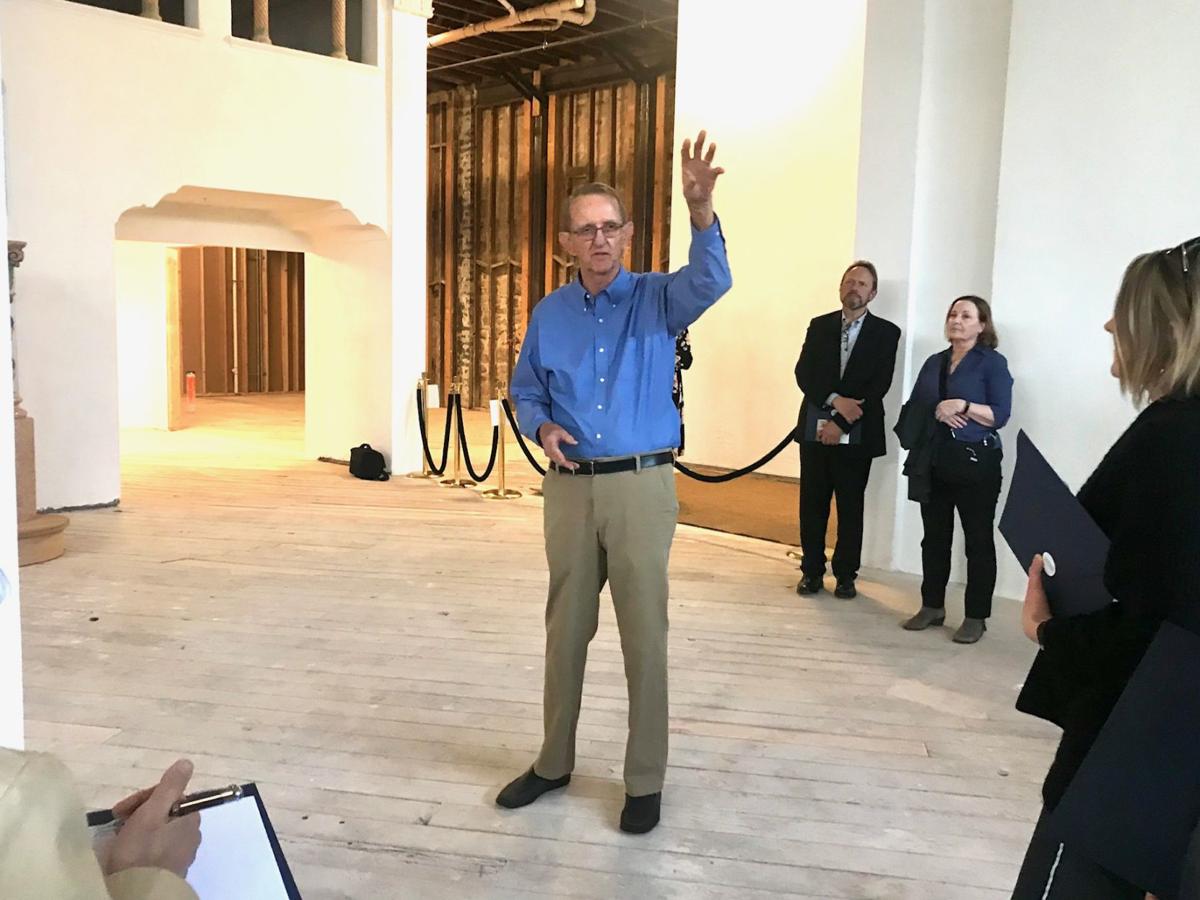 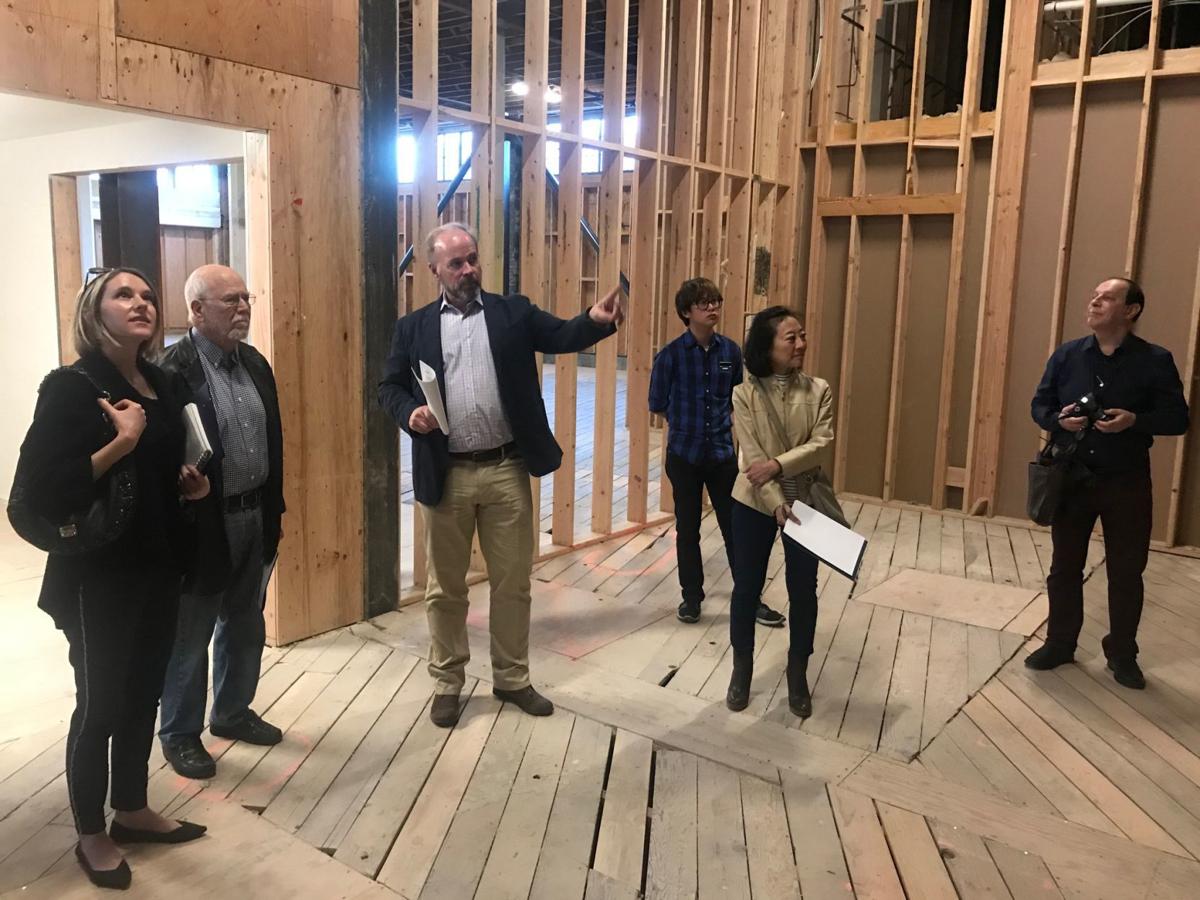 Todd Zapolski gives a tour of the renovated Gordon Building on First Street in downtown Napa. 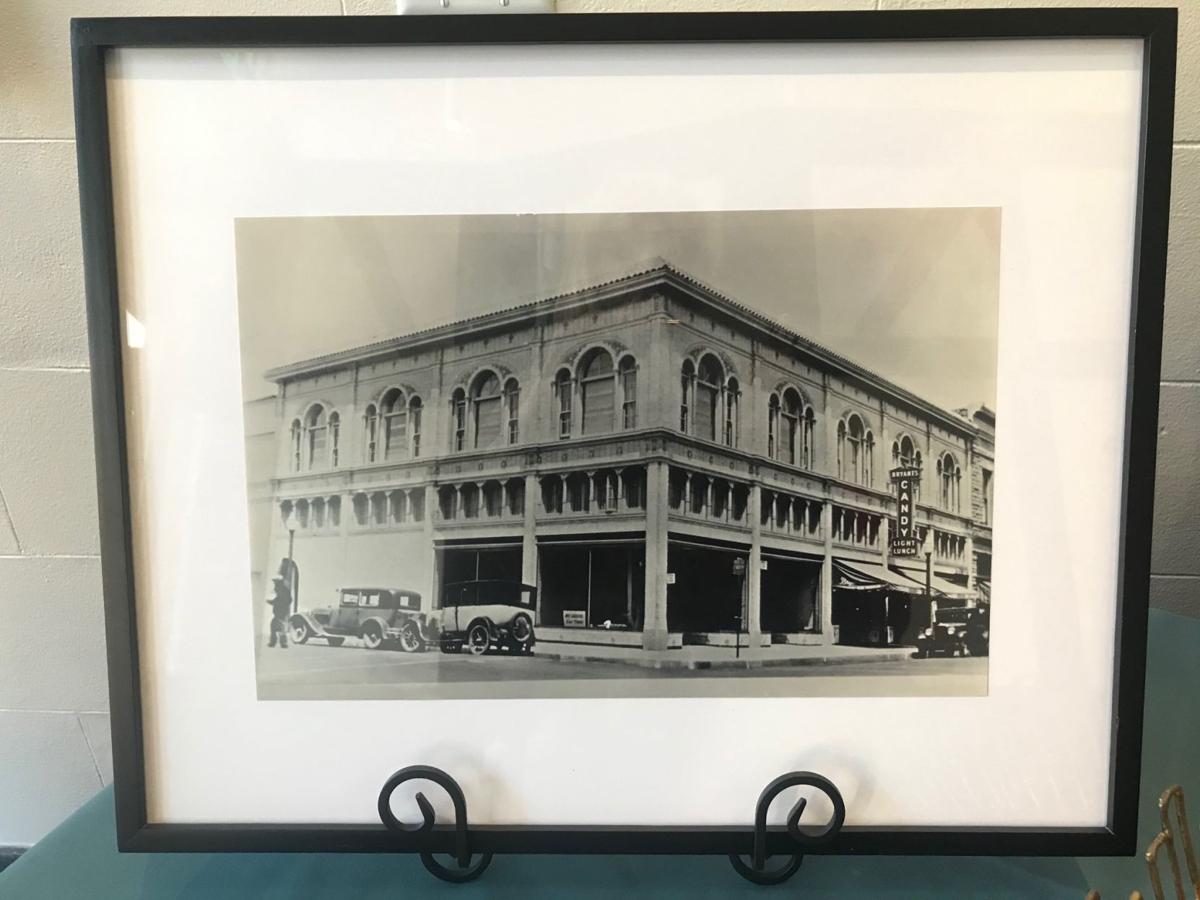 A photo of the Gordon Building of yesteryear.

Some old buildings are said to have ghosts. Napa’s Gordon Building has a ghost hallway.

The “hallway” is what’s left of the original second story in the 91-year-old downtown Napa building. The vintage doors in the hallway were once entries to private offices. Today, those doors remain, but only for looks.

Behind the doors is a completely open space, waiting to be claimed by new tenants. Until then, the hallway looks like something from a movie set – a place where someone like detective Sam Spade might have an office.

Todd Zapolski, managing partner of Gordon Ventures, hosted an event Wednesday night to celebrate his re-launch of the property. The 20,000-square-foot Gordon Building is located at the northeast corner of First and Coombs streets.

“This is pretty special,” Zapolski said. He is proud to have preserved “a beautiful piece of architecture,” he said.

For decades the property stood mostly vacant; then in 2014, significant damage as a result of the Napa earthquake caused it to be red tagged and unable to be occupied.

As part of the seismic strengthening, the restoration has painstakingly repaired the building’s Italian fire-brick exterior and grand interior, retaining its classic charm.

“This has been an extensive project, and we’ve been careful to maintain the Gordon Building’s grace while making significant structural improvements,” said Zapolski, who is offering new space for a flagship retailer and offices.

“I feel fortunate to have had the chance to contribute to the longevity of this local treasure, and to begin welcoming the thriving business that will be the foundation of its long future,” he said.

Constructed in 1929, with an addition in 1935, the building is on the National Register of Historic Places. It was built by Samuel Gordon, a businessman who came to the United States from Russia as a young boy and worked in San Francisco before moving to Napa a century ago.

He was said to be inspired by the architecture of the Old World and was particular about the building’s design.

Today, the Gordon Building stands out as an example of Spanish Colonial Revival style and is notable for its terra cotta siding and ornate floral details. Inside, gracious touches continue with high arched windows and an elaborate staircase.

“The building was always very personal for our family, and we spent a lot of time there,” recalled Charles Gordon, son of Samuel Gordon.

Gordon attended the Wednesday opening with his wife Connie. The two actually met in the building when Connie was working inside one of the offices upstairs. Gordon was charmed by Connie and kept making excuses to visit the office she worked at.

In addition to their namesake building, the Gordon family also previously owned the Merrill’s building (now part of the Archer hotel) and the Napa Register building (now the Beckstoffer building) at First and Coombs.

“But this is our favorite,” said Connie Gordon. Not just because the two met there, but because “it’s a really unique building” with a lot of character.

“My father was a humble man who didn’t like the limelight, but he had a vision for Napa,” Gordon said. “We’re proud of the property’s heritage and so pleased the building will have a new chapter.”

Even though his family sold the Gordon Building in the 1980s, Gordon said “this building means a lot to us.”

The Gordon Building is now owned by Gordon Ventures, a partnership of Zapolski Real Estate, Trademark Property Co., and The Doctors Company.

The partnership bought the building in 2013 from George and Jacqueline Altamura of Napa.

Once a hub of activity, the building previously housed a popular soda fountain and lunch counter on the main floor. Upstairs were medical offices for doctors and specialists in the days before Napa had a regional medical center.

Later, the building had a candy shop and offices for engineers and attorneys. Plans for the building now include ground-floor flagship retail space, along with state-of-the-art offices on the second floor.

Other elements from the Gordon Building’s history also remain – including a faux mezzanine built for a supposed movie theater — one that was never built. Vintage elevator doors also remain in place, next to newly installed modern lifts.

“That’s what’s fun about historic buildings,” said Zapolski. “You just work with what you’ve got.”

The group has become a key player in downtown Napa real estate. Zapolski Real Estate and Trademark Property Co. are also the developers of First Street Napa project west of the Gordon Building.

The evolution of downtown Napa continued in 2019, with new businesses opening and a major hotel planned.

Anthropologie will open in downtown Napa in mid-2021.

Guests mingle during an open house at Napa's Gordon Building.

A guest poses for a photo on Wednesday afternoon outside the newly renovated Gordon Building on First Street in downtown Napa.

Todd Zapolski gives a tour of the renovated Gordon Building on First Street in downtown Napa.

A photo of the Gordon Building of yesteryear.