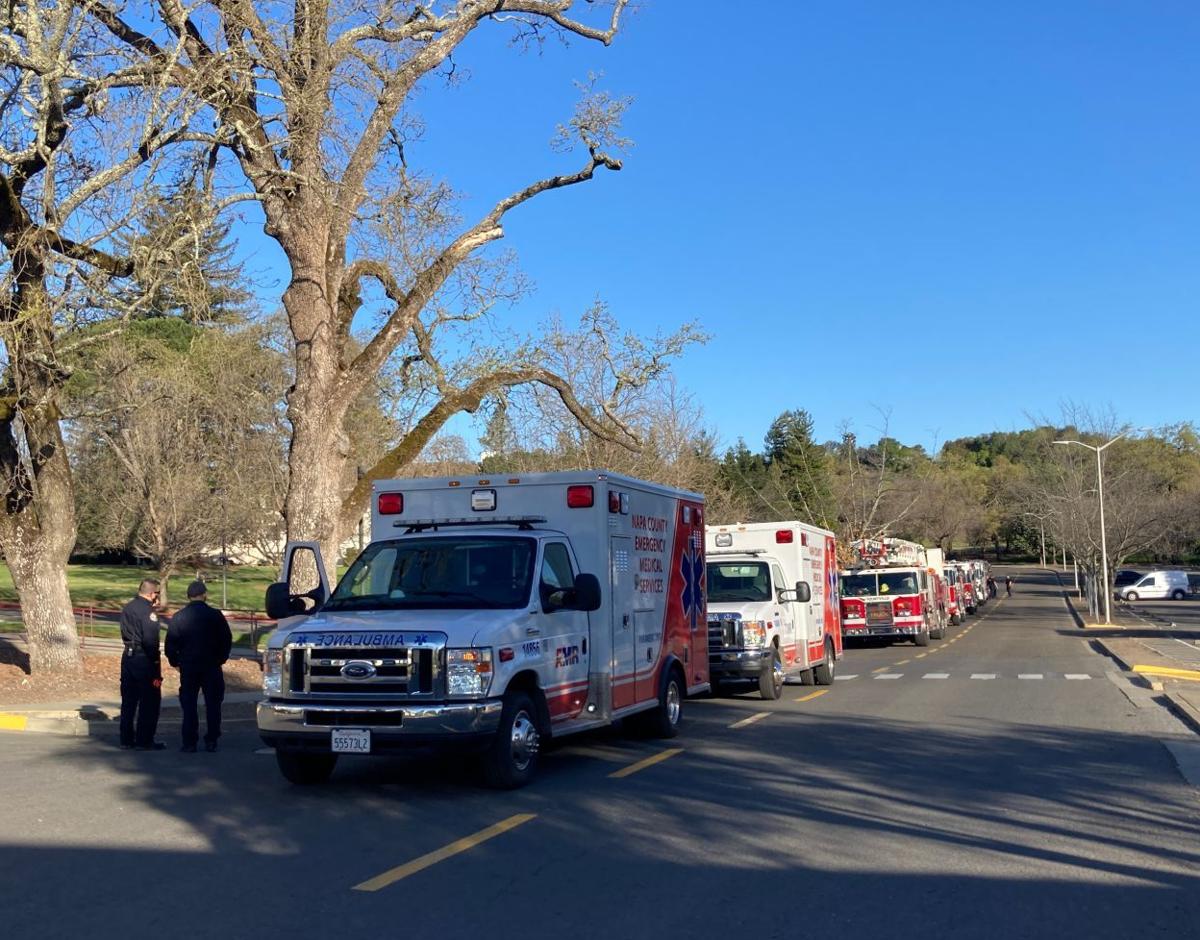 Emergency vehicles lined up outside the Veterans Home in Yountville Tuesday morning while law enforcement responded to a report of a person with a firearm in the Holderman building. No suspect was found. 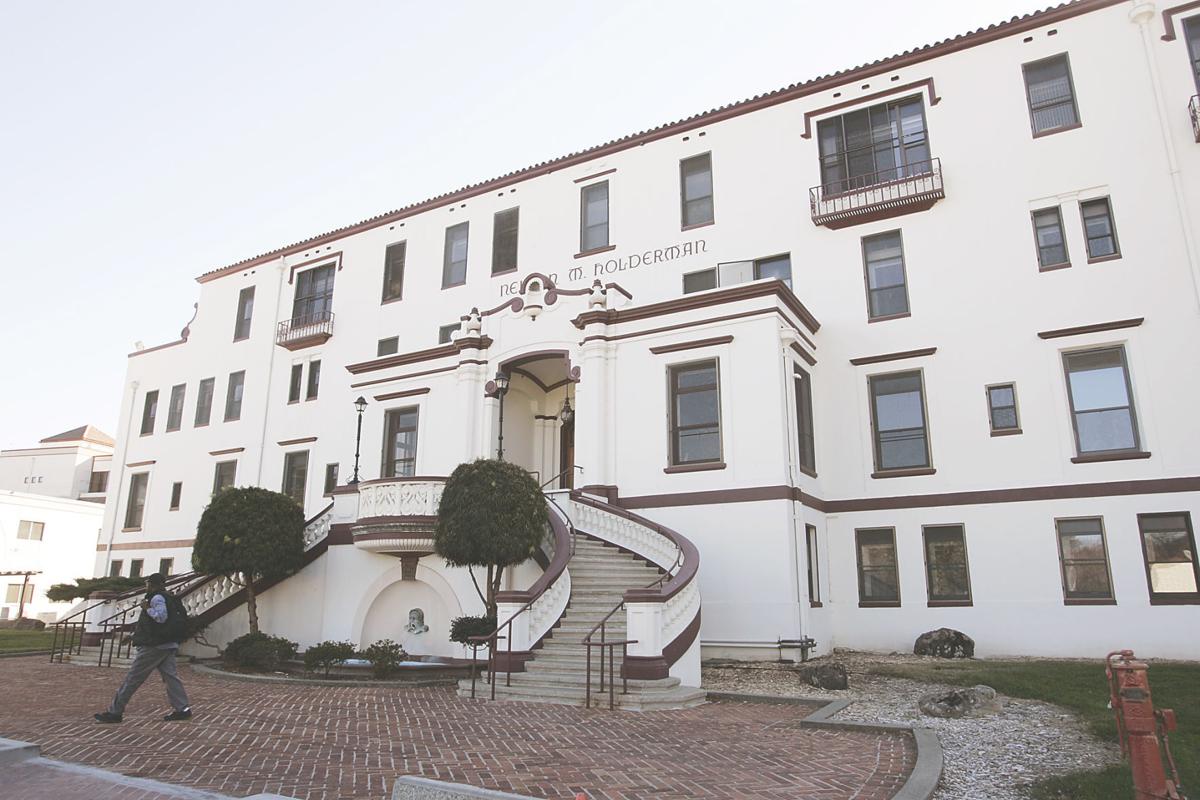 The entrance to the Holderman building at the Veterans Home of California in Yountville.

Local law enforcement came up empty Tuesday morning when officers from up and down the valley responded to a report of a possible shooter at the Veterans Home of California.

After three hours of searching the Holderman building and adjacent structures, the California Highway Patrol said there was no confirmation that any shots had been fired nor had a suspect been found.

Investigators are trying to better understand what triggered the 7:30 a.m. alarm and the massive law enforcement response that followed.

The original report said there was a woman with a shotgun in the vicinity of the Holderman building, prompting a response from California Highway Patrol, Napa County Sheriff, multiple local police departments, and SWAT units.

The Holderman building was searched from bottom to top by SWAT officers who could not find anyone matching the initial report or a firearm, first responders indicated.

While officers staged around the Holderman building, the Vets Home campus was closed to outsiders and Napa County issued a Nixle alert asking the public to avoid the area.

The incident attracted a swarm of Bay Area news media, including a TV helicopter that circled overhead.

The CHP said several officers would remain at the Veterans Home Tuesday afternoon out of “an abundance of caution,” but that the facility had resumed normal operations.

The state-operated Veterans Home is home to more than 700 military retirees and their spouses.

The nature of Tuesday’s initial report triggered memories for many Napa Valley residents of three years ago this month when a disgruntled Army veteran entered a recovery program on the Vets Home grounds and killed three staff members with The Pathway Home.

That incident similarly triggered a major law enforcement response, with officers trying for more than seven hours to make contact with the gunman in the Pathway building, only to discover that he had murdered three clinicians at the outset before taking his own life. One of the employees was pregnant, adding a fourth victim to the tragedy.

The Pathway killings prompted a reexamination of security at the Veterans Home, with the California Highway Patrol assigned primary responsibility. The Pathway Home ended up closing its residential program.

Photos: Check out the least expensive home sold in Napa in February

YOUNTVILLE — A crowd gathered Saturday morning to pay tribute to three women who gave their careers and lives to serve others.

The Town of Yountville and the Veterans Home campus are readying for this weekend’s anniversary of the shooting at The Pathway Home, a nonprof…

As a mental health professional, Mackenzie Lovie is dedicated to helping those who have experienced trauma.

A year after the Veterans Home shooting, questions remain over whether the attack could have been prevented

YOUNTVILLE — Outside of Madison Hall at the Veterans Home is a splotchy cream wall, where someone has haphazardly painted over brick red lette…

How did Heritage Eats of Napa, Calif. survive the pandemic? One pivot after another. Ben Koenig gives an update on the Napa eatery.

The BMW was stolen after the owner left it sitting on Jefferson Street with the motor running, police said.

A woman died after a vehicle ran over her Tuesday night in a crash that may have been intentional.

What's changed at Yountville's Vets Home between 2018 tragedy and this week's false alarm?

CalVet, which runs the home, declined to say whether security had been heightened since 2018. Some officials say additional security isn't needed since the Pathway Home facility closed.

Emergency vehicles lined up outside the Veterans Home in Yountville Tuesday morning while law enforcement responded to a report of a person with a firearm in the Holderman building. No suspect was found.

The entrance to the Holderman building at the Veterans Home of California in Yountville.