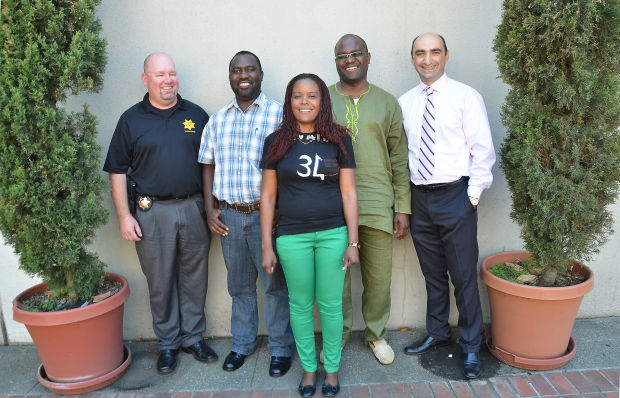 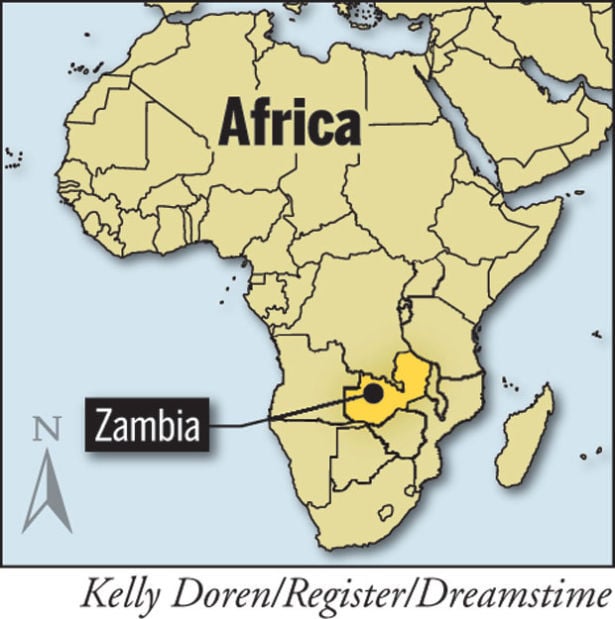 For the past two weeks, three Zambian police officers met with prosecutors, police officers, forensic nurses and others in Napa to learn new techniques to investigate sex crimes against children in their own country.

“An abused child does not have a nationality. An abused child is an abused child and it doesn’t matter if it’s in Zambia, the United States or eastern Europe or in Africa or somewhere else,” said Shota Shubladze, development director of the Georgian Foundation, a nonprofit organization based in the East Bay that sponsored the visit.

The Zambian police officers, who stayed in Walnut Creek and Fairfield, commuted daily to Napa, where Napa County District Attorney investigator John “J.R.” McDonald led tours of the courts, the jails and the Napa Police Department.

They also stopped in at The Courage Center in Napa, where young victims are interviewed and examined, away from the forbidding atmosphere of a law enforcement station.

The two men and a woman, all in their 30s, picked up interviewing techniques and checked the technological tools, including digital recorders, video recorders and the equipment required to make pretext calls to investigate suspects.

“When we get back home, we want to really make good impact,” said Vincent Siabona, the delegation leader, who is based in Lusaka, the country’s capital.

While there are no independent prosecutors in Zambia — police officers act as prosecutors — the American courts and criminal justice system looked similar to what they see at home, the officers said.

The Napa County jail and Juvenile Hall made an impression on the officers who live in a country where as many as 30 inmates crowd into cells and where people are not expected to survive a 15-year sentence — the penalty for sex crimes.

They were impressed that in Napa each cell has a toilet, and inmates have mattresses and “good food.”

“This was as good as hotels,” Achaje Magai, 36, who coordinates a Victim Support unit at a police station, said of the Napa jail.

The Zambians also enjoyed Napa’s hospitality, noting people on the street are willing to interact and give directions to visitors.

This month’s visit follows other exchanges between the United States and Zambia. This spring, Napa Country District Attorney Gary Lieberstein, who was vacationing in Africa, went to Zambia for a few days where government officials signed an agreement between the Zambia and the United States governments and a private company in Utah to build the country’s first forensic DNA laboratory.

“To my knowledge, this is a relatively unique collaboration between citizens and governments of two very distant countries,” Lieberstein said. “The bottom line is that this is an exciting international humanitarian project with the purpose to save lives and improve the quality of life for the children of Zambia and I feel privileged that I can play a small role in working with many people who are traveling a great distance to seek our guidance,” Lieberstein said.

Dr. Charles Clemons, an emergency doctor at Children’s Hospital in Oakland, and a board member of the Georgian Foundation, became aware of the extent of the problem of child abuse after he began to work in Zambia eight years ago.

While more than 1,000 sex cases were referred in 2010 to a center at Lusaka’s University Teaching Hospital, few were prosecuted for a host of reasons, including the lack of a readily available DNA forensics laboratory and coordination among agencies.

Clemons travels regularly from his home in Lafayette to Zambia, where his family has adopted three orphans who are now adults and where he teaches at University Teaching Hospital in Lusaka.

The Zambian officers’ stay in Napa ended Friday. They are meeting with officials in Alameda County this week and are scheduled to return home at the end of the month.