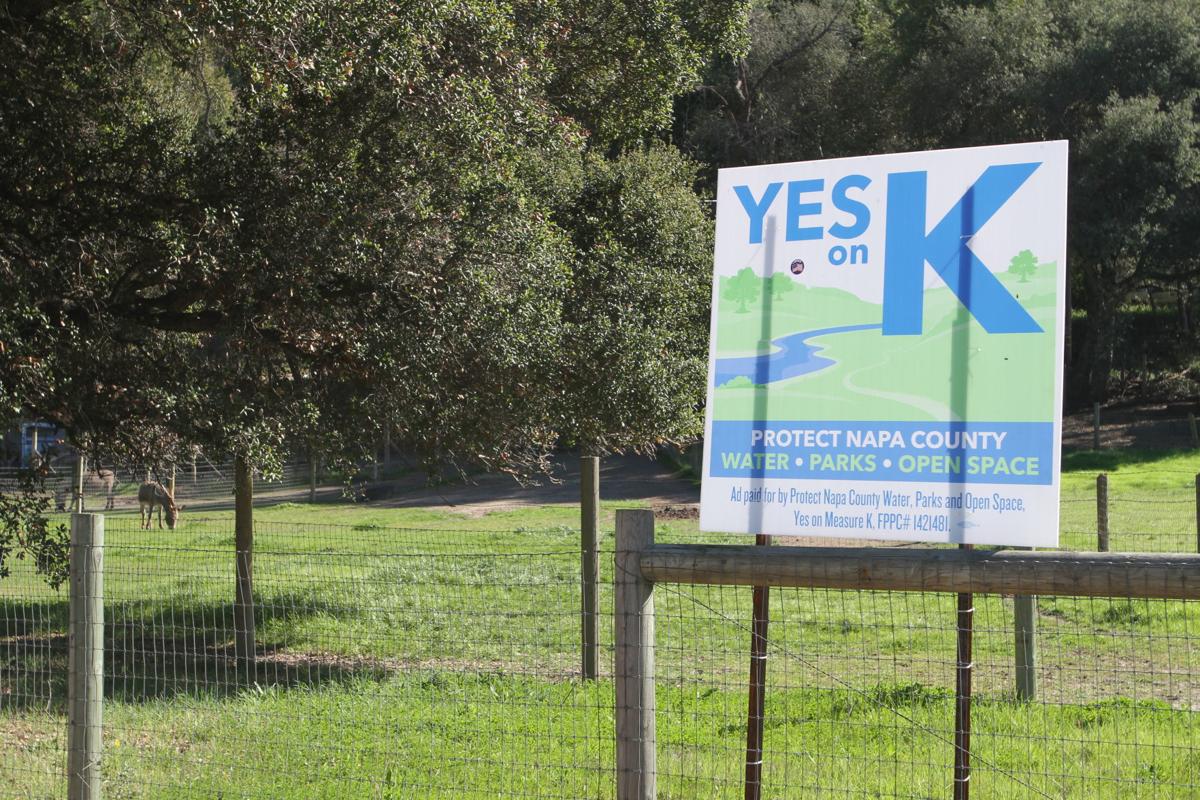 A "Yes on K" sign along the border of Connolly Ranch along Browns Valley Road in Napa. Initial reporting shows Measure K having received 59% of the first release of ballots, short of the required two-thirds. The final count should be in by the week of March 23, according to County Assessor John Tuteur. 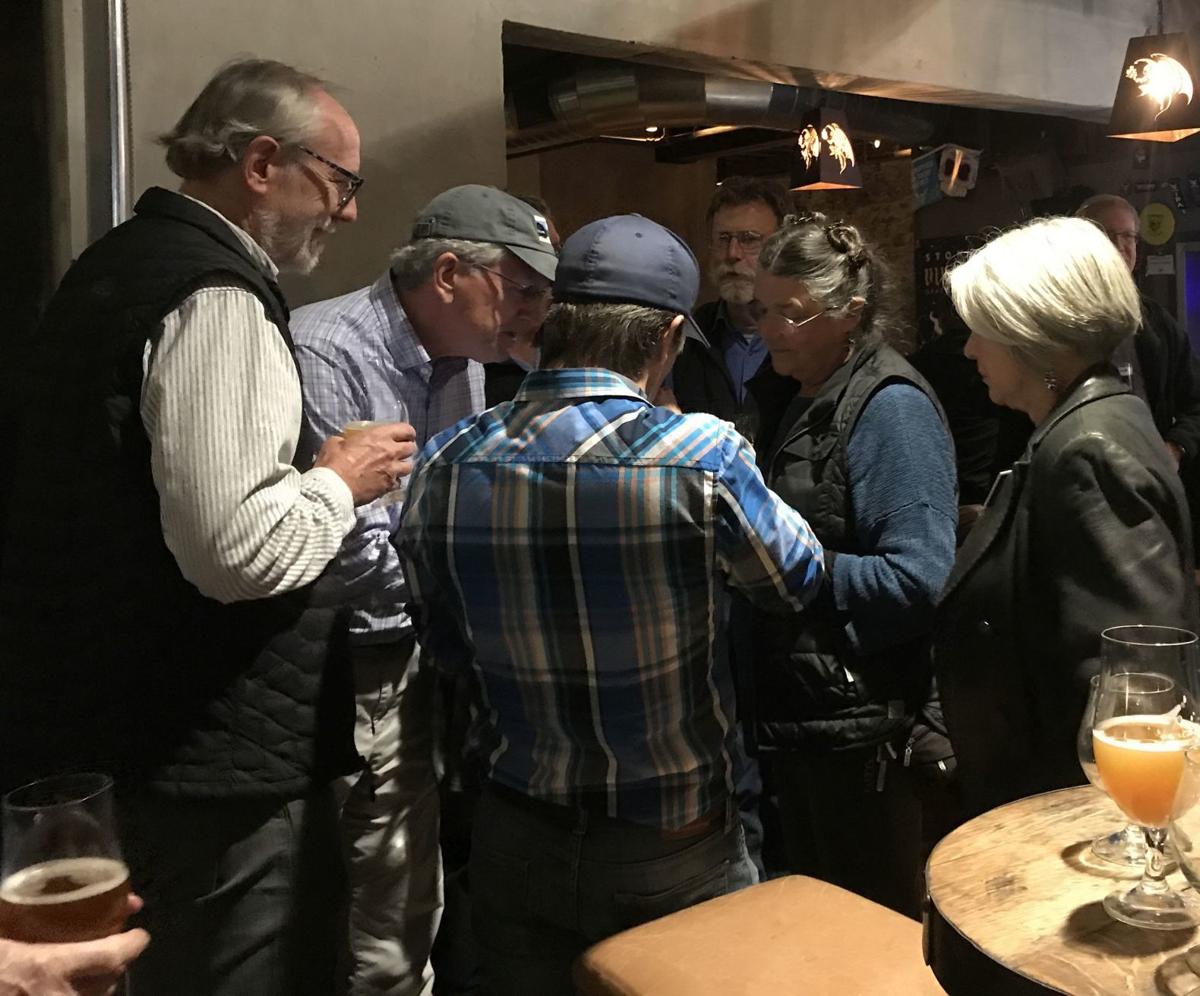 Supporters of Napa County's Measure K cluster around a phone looking at early results at a gathering at Stone Brewing in Napa on election night.

Doug Parker, the president and CEO of the Land Trust of Napa County, said he believed Measure K could still receive significant additional support from the majority of the ballots yet to be counted.

That sentiment was echoed by Napa County Regional Park and Open Space District General Manager John Woodbury, who said it was possible Napa County’s Democratic voters had held off turning in their ballots until the last possible moment, a reflection of a field of presidential candidates that had remained in flux.

“How much is it going to move? I have no way of knowing,” Woodbury said Tuesday night.

Tuesday night was reminiscent of Measure Z, a previous open space ballot measure that failed in 2016. Initial counts saw the measure with 62% approval, which ultimately climbed to 65% at the final counting, barely missing the required two-thirds, or 66 percent.

The group of supporters gathered at Stone Brewing Tuesday night included Brent Randol and Barry Christian, members of the Open Space Board.

Measure K would generate more than $9 million annually, according to Yes on K’s website. Randol, of District 3, emphasized that 52% of those funds could be used to purchase additional open space lands, including the 850-acre Skyline Wilderness Park that the county has leased annually from the state for $100 a year. The lease is up in 2030.

“We won’t be at the whims of Sacramento (if we’re able to buy the land),” Randol said.

Twenty percent of money raised by Measure K would go to the four cities and one town within Napa County for parks and recreation.

Woodbury said the group would keep a close eye on the results as the remaining ballots were counted. Even with an initially lower-than-needed percentage, he was in good spirits.

“I spent (Tuesday) afternoon being nervous (about this evening), but then I just realized that there’s been overwhelming support for Measure K, which I find very gratifying,” he said. “Even if we don’t win, there has been just an outpouring of support.”

This story has been updated since first posting to include additional votes released Tuesday night by the county elections office.

Our Napa parks are wonderful. Let’s make them Better

Letters: About time we fund preserving woods and open spaces.

Here's what happened in California's primary election while you were sleeping

Results are coming in for the California primary. Why counting all the ballots will take weeks

If you thought it took a long time for the Iowa caucus results to come in, you haven't seen anything yet.

Coursey had 55% of the vote to Zane's 44%, a margin that widened as more results were released throughout the night.

Measure K, which would enact a quarter-cent sales tax for Napa County open space, parks and recreation, gained slightly in the latest election…

A nationally recognized expert in land-use planning will present seven strategies designed to balance the needs for affordable housing, open space and agriculture at 5 p.m. Wednesday, March 25, at COPIA/CIA in Napa.

A "Yes on K" sign along the border of Connolly Ranch along Browns Valley Road in Napa. Initial reporting shows Measure K having received 59% of the first release of ballots, short of the required two-thirds. The final count should be in by the week of March 23, according to County Assessor John Tuteur.

Supporters of Napa County's Measure K cluster around a phone looking at early results at a gathering at Stone Brewing in Napa on election night.