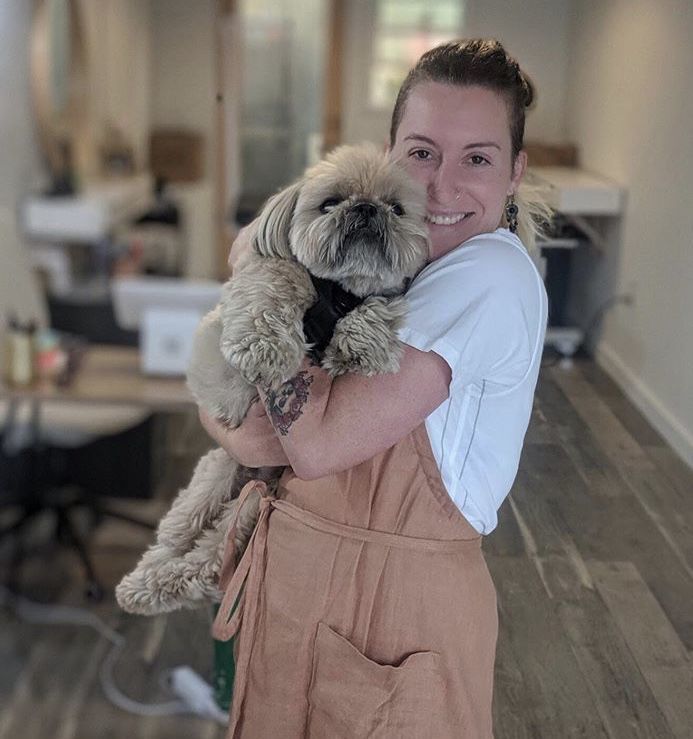 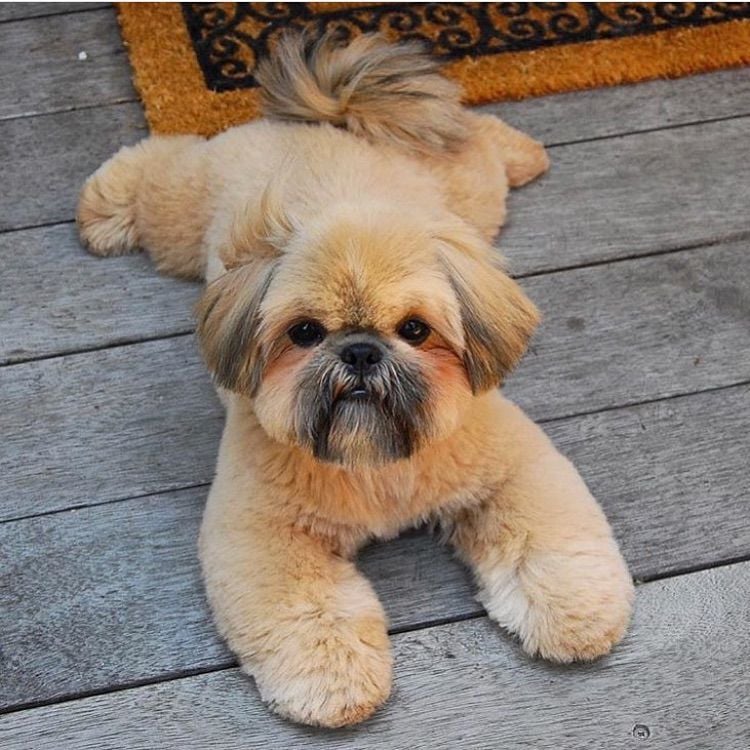 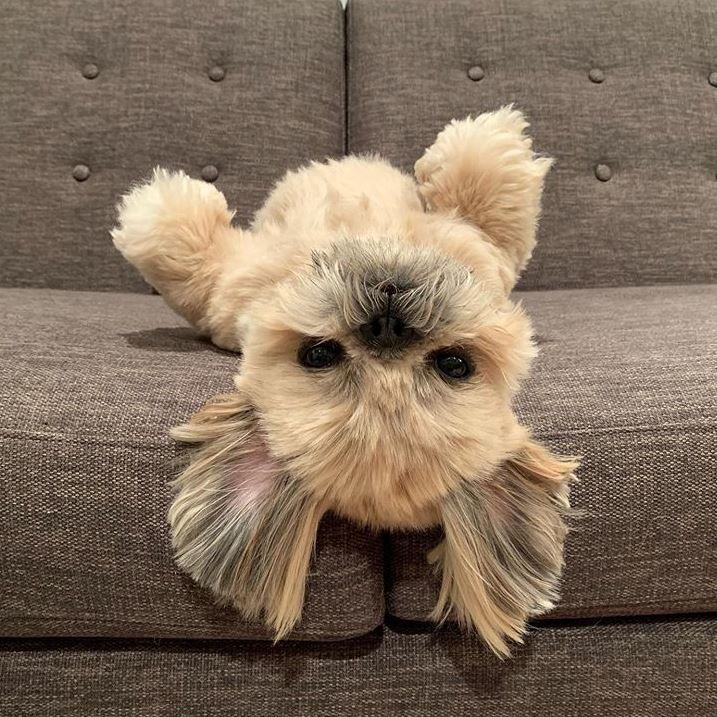 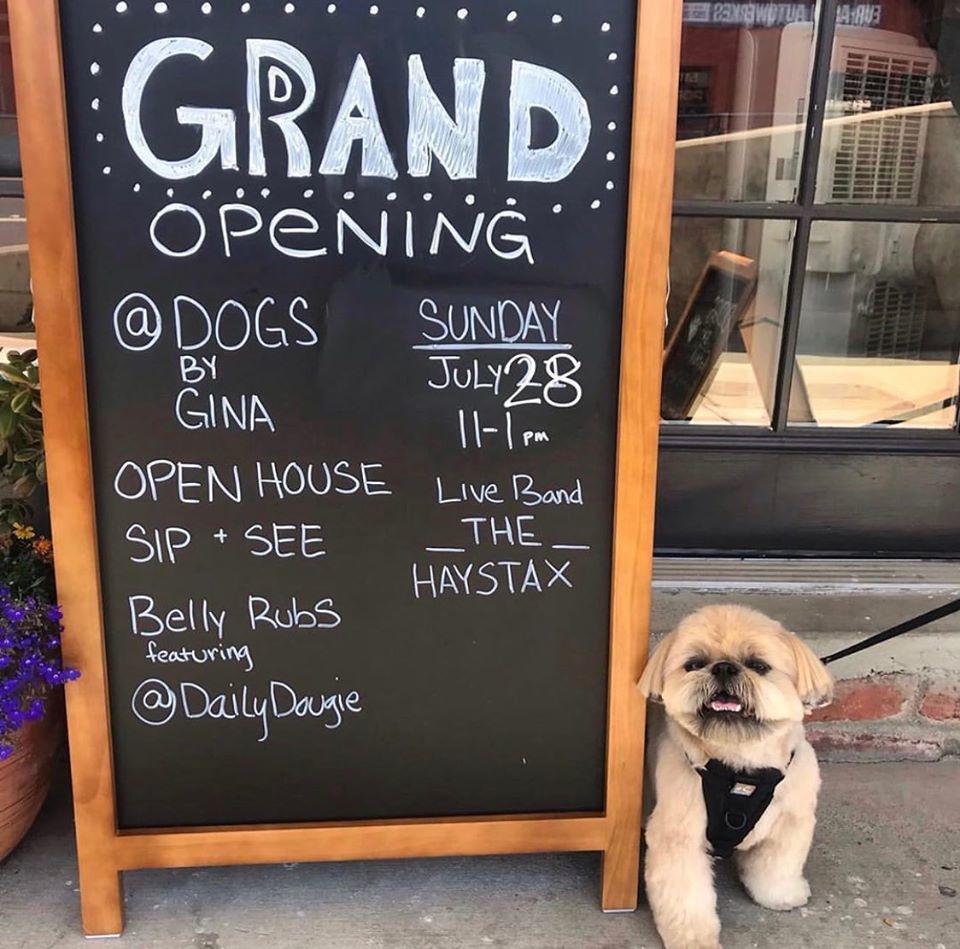 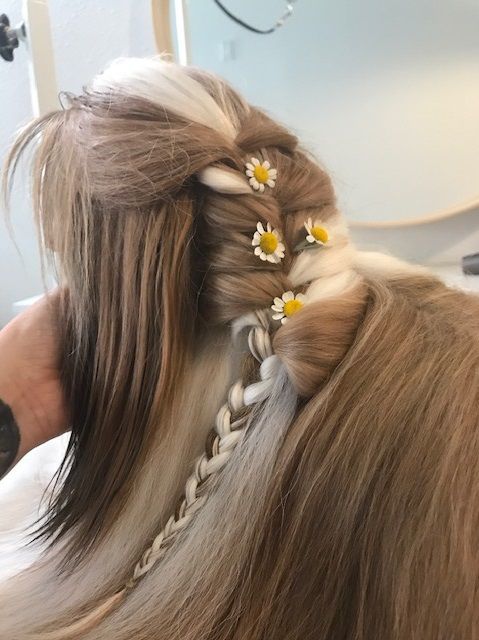 A example of the grooming and styling provided by Gina Grant, owner of Napa Natural Dog Co.

A example of the grooming and styling provided by Gina Grant, owner of Napa Natural Dog Co.

Behind every celebrity is a stylist responsible for carefully cutting and coiffing his or her client.

She brought her extensive client roster with her. That includes her most famous customer: Dougie the Shih Tzu.

In case you’re not familiar with the Instagram celebrity, Dougie (@DailyDougie) is famous on the internet for being, well, adorable.

Born Jan. 28, 2013, Dougie, who lives in Albany, has been profiled in the San Francisco Chronicle, Buzzfeed.com and even People magazine.

Grant is the grooming mastermind behind Dougie’s delectable ‘do.

She met Dougie’s owner, Anita Rotenberg, when working as an apprentice dog groomer in Albany.

“He came to me needing his first hair cut as a puppy,” Grant recalled.

After meeting Dougie in person, a bond was formed. That was six years ago. Grant has since seen Dougie once a month.

Rotenberg already had an Instagram page for her dog, but Dougie’s fame only grew after Grant began grooming him.

“Everything blew up from there,” said Grant.

Rotenberg said she didn’t set out to create an internet celebrity. Dougie is a family dog, she explained. She started the Instagram account in 2013 “because I didn’t want to bore my Facebook friends with endless photos of my puppy.”

Rotenberg said she thinks Dougie has become so popular for several reasons: he’s an unusually cute dog, the photos are good and the captions are funny and clever.

“We weren’t trying to make him famous so the account feels more authentic to viewers,” she said. “He’s just our regular dog who happens to be popular online.”

Rotenberg said Grant has been such a good fit for Dougie because her dog has unusually thick straight hair for a Shih Tzu “and she seemed to know right from the beginning that she could get him to look extremely fluffy with the right cut.”

Plus, Dougie loves Grant, said Rotenberg. “The minute he sees her, he flops on his back for a belly rub.”

The truth is Grant never dreamed of being a dog groomer. She originally studied to be a wildlife biologist.

Grant said she’s been grooming since 2008 where she started as a shop assistant at a local grooming salon in Vallejo. She furthered her education apprenticing under two master groomers.

That’s where she learned the art of dog grooming, said Grant.

“Everything from handling to communicating to grooming (dogs) is an art,” she said.

After receiving the title of Master Groomer in 2015, Grant said she decided it was time to establish her own name as an artisan groomer.

Her work has become her artistic outlet, said Grant.

When she works with her four-legged clients, “It’s so calming.” Grant described her new shop, located near downtown at 814 Third St., #4, as very “Zen.”

“The shop is quiet,” she said. That calming, soothing environment benefits her clients, she said. She’s able to communicate better with them.

“I have to feel comfortable for my art to flow right. My shop is a good representation of that.”

Grant’s business specializes in natural and holistic care for dogs.

Dougie is famous for the “teddy bear” cut that Grant gives him. The cut features a round face, fuller legs and short ears.

“With his coloring, he really does look like a teddy bear when he walks out of her shop,” said Rotenberg.

How does it feel to be known for grooming a famous dog?

Grant said she treats Dougie the same as her other clients, but she has stepped up her social media presence because of her connection with Dougie.

“I have a lot of people always inquiring and asking all these questions about Shih Tzus in general,” she said.

Dougie even made an appearance at the grand opening of Napa Natural Dog Co.

Rotenberg plans to continue bringing Dougie to Grant in Napa for grooming.

“Having a good groomer and one that you trust is invaluable,” said Rotenberg. “It never crossed our minds not to make that drive. She’s that good.”

Dog owners in Napa are being warned to watch for signs of canine influenza after an outbreak of the dog flu in the Oakland area.