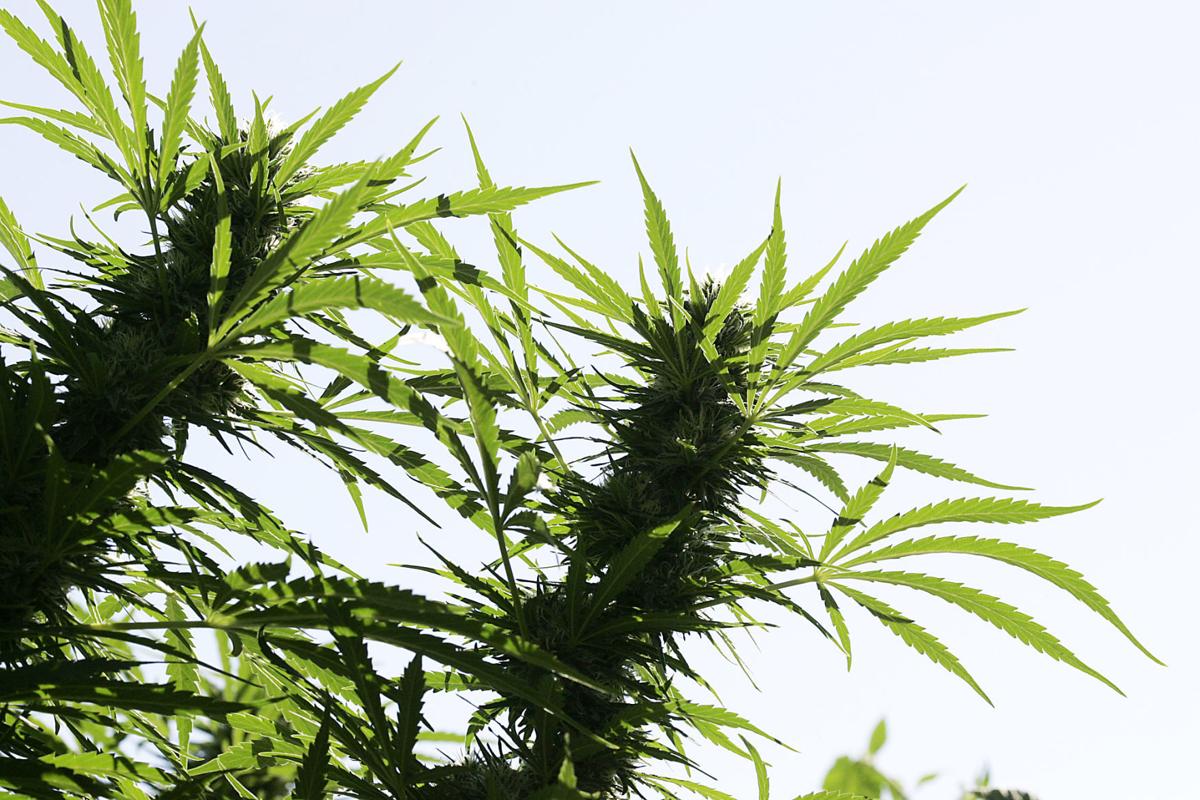 A pair of buds on a Wild Thailand marijuana plant. 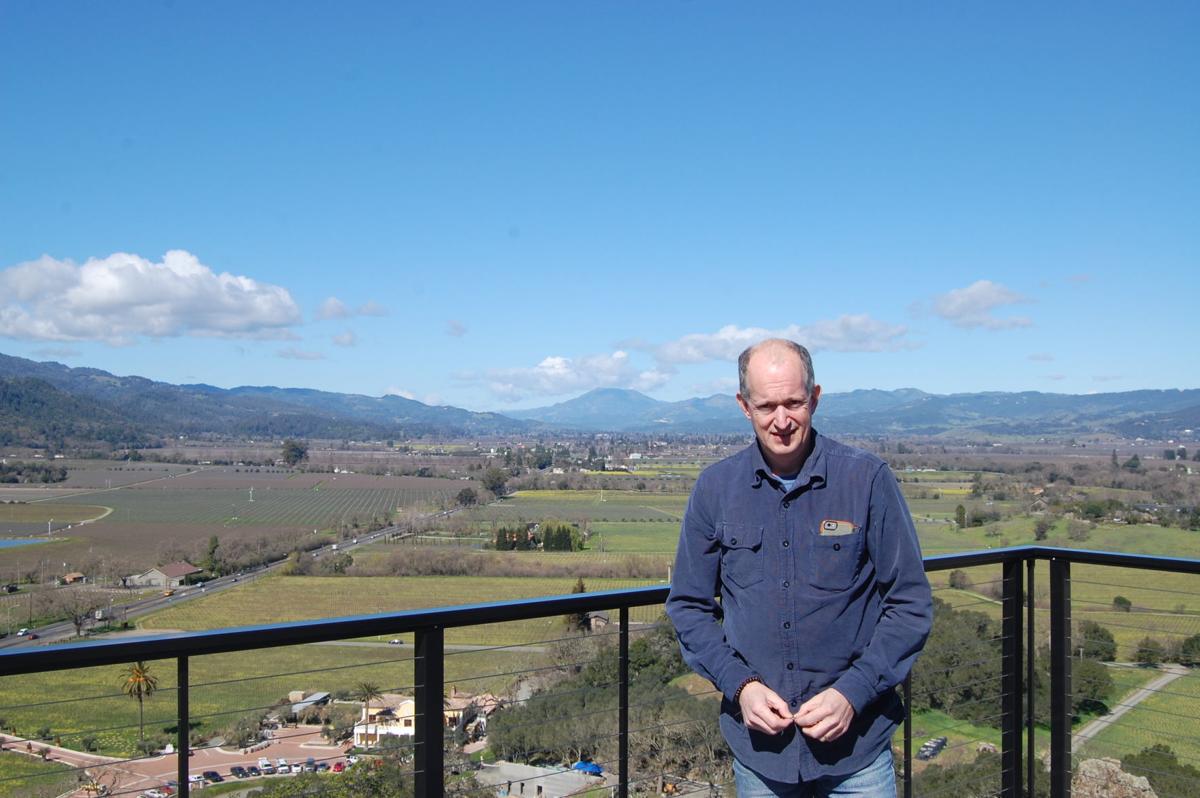 Eric Sklar stands on a balcony of the former Castle in the Clouds bed-and-breakfast on Yountville Hill, which he has proposed to replace with a winery.

Could Napa Valley one day be known as much for cannabis as it is for wine? Ask several prominent members of the latter industry and the answer is a decisive ‘yes’.

As momentum continues to build behind the notion of a thriving cannabis industry in Napa County some day, a cast of grapegrowers, vineyard owners and vintners have become the latest advocates for such a future. Today, they are working to secure it through the foundation of a new group, the Napa Valley Cannabis Association, or NVCA.

Envisioned as the main trade group for the county’s forthcoming cannabis producers and retailers, the group is at work hoping to establish the new industry as yet another element of Napa’s agricultural identity.

“It’s just another crop and another reason for people to celebrate Napa Valley, both locals and visitors who come here,” said Eric Sklar, one of the founders of the NVCA.

Speaking last week along with fellow NVCA member Rob Mondavi, Jr., Sklar, a co-founder and former partner of Alpha Omega winery, stressed, “We want to get this right. We don’t want to do it in a way that does anything but enhances what we’ve got here.”

He and Mondavi, who is winemaker and co-founder of Michael Mondavi Family Estate, likened their association to the main trade group for the area’s wine industry, the Napa Valley Vintners.

“We said if we’re going to do this, we need an arm like the Napa Valley Vintners that provides education, provides guidance [and] provides marketing eventually for when we have a cannabis business for Napa, that will promote the business around the world,” Sklar said.

“We’ve all been interested in this for a while,” Sklar said, citing several years’ worth of conversations among members. With the inclusion of Proposition 64 on the 2016 ballot, the conversations became more frequent, he recalled, and the association began to take shape.

The group officially formed late last year, incorporating with the state and opening a bank account. Its first meeting took place several weeks ago, and an initial board meeting is slated for this week.

“It’s in its infancy,” Sklar said, “but it’s very clear what it’s supposed to be.”

Among the group’s ambitions are for commercial production of cannabis to begin in Napa as early as the 2019 growing season, though the county currently does not allow for the commercial cultivation, pending an ordinance from the Board of Supervisors.

“We think that that’s very doable,” Sklar said of the time frame. “We think that the supervisors need to get on it and we hope they will and we’re willing to work with them.”

Mondavi added that, “By us trying to articulate and to champion this, we’re really championing the voice of Napa Valley voters. We’re not looking to do anything different than what the voters have already asked for.”

Further noting the ordinances enacted by other counties facing the same issue, Sklar said, “We don’t have to reinvent the wheel.” To that end, the group has been meeting with Napa’s policy makers and appearing at public forums and meetings to discuss the issue.

However, per the timeline for an ordinance that would allow commercial cultivation of cannabis in Napa, Supervisor Ryan Gregory admitted, “It’s a tough one.”

The staff that would have to work on the ordinance, Gregory said, “are also working hard on fire recovery and there’s a lot of overtime and extra time being put in right now. It’s hard for me right now to tell staff to do anything different.”

But as far as the possibility of commercial growths starting in the 2019 growing season, Gregory said, “It seems reasonable that that could be a target of ours.”

As the landscape of the new industry continues to take shape in Napa, Sklar noted major topics to address include land use, security and how to establish a brand for Napa Valley cannabis while maintaining the reputation of the long-established wine industry.

“We’re intending to do this in a way that enhances and increases the [Napa Valley] brand,” Sklar said, pointing to the group’s membership basis in the wine industry. “Why would we even think about it if it was going to damage the brand that’s our foundation?”

Mondavi added, “I think that everything that’s done has to benefit the Napa Valley image. It doesn’t matter if it benefits cannabis or not; it needs to benefit Napa Valley and then we grow from there.”

There are clear boundaries between the two industries, Mondavi pointed out that state regulations prohibit retail sales and the production of cannabis from taking place on the same site as the retail and production of alcohol.

Growing on the same parcel is allowed. Yet once alcohol enters the picture in the production stages of wine, the two cannot share a space.

“The two are not going to be mixed any time soon as a retail business,” Sklar said.

It would, however, be possible for wine and cannabis to share branding, for instance, with strains of marijuana bearing the names of Napa Valley wine producers.

Meanwhile, another element within the Napa wine industry has culled a sense of urgency in the campaign for cultivation, as large companies with footing in the local wine world, including international drinks company Constellation Brands, have also signaled an interest in cannabis. Owners of Robert Mondavi winery and other Napa producers, Constellation invested nearly $200 million in Canopy Growth, a Canadian medical marijuana company last October.

Yet, for the time being, the company cannot make such investments in the U.S. while the federal government continues to define cannabis as a Schedule I drug, or drugs “with no currently accepted medical use and a high potential for abuse,” according to the Drug Enforcement Administration.

Sklar said that while he hopes for the federal legalization of cannabis, a window of opportunity exists now for smaller, local businesses to establish footing in the market “before the big players come in.”

As he sees it, that chance comes with the ability for Napa Valley to define itself as a top cannabis-producing region.

“Imagine the top tier of cannabis being the same as the top tier of Cabernet grapes,” he said. “We have an opportunity, but the opportunity’s not going to last forever. If we don’t establish it now, it’ll be blown out by big companies too early in the process.”

One of those smaller businesses is Fumé, founded by Sklar and named with both smoke and the Fumé Blanc wines of Robert Mondavi in mind.

Vertically integrated from seed to retail, the company will plant its first garden in Lake County in the coming weeks, where it will also manufacture and distribute, Sklar said.

The company does not yet have any Napa product, he said. “But we’re hoping as soon as possible to be growing in the fields of Napa Valley to create brands that have Napa on the name.”

The goal of the association, Sklar said, is to have similar businesses under one umbrella, “because one thing that our fathers and grandfathers taught us is that rising tide lifts all boats.”

“While I care a lot about my own business,” he said, “I know that my business will only succeed if we have this umbrella of all of us working together.”

Though the county’s chief wine industry groups including the Napa Valley Vintners, the Napa Valley Grapegrowers and the Napa County Farm Bureau, have yet to support or reject the prospect for commercial cannabis growth and retail sales within the county, each group said it is closely following the issue as it develops.

“It’s still something we’re just kind of monitoring and paying attention to,” Stults said, noting that in the group’s initial discussions with its industry issues committee and subsequent reports from its task force, “there hasn’t been any pushback in the big picture whatsoever.”

Recalling a meeting between the Vintners and the Cannabis Association late last year, Stults said, “They said all the right things. Which is they want to be good neighbors and do things the right way and be transparent in the process and we have no reason to not believe those things to be true at this point.”

“We’ve gathered a lot of good information and we’ll continue to do so, and then our intent is to have a policy recommendation to the Farm Bureau board of directors as soon as possible,” Klobas said.

As the debate evolves and NVCA’s campaign continues, the group is currently seeking others interested in the issue to join its ranks, offering more information through its website: napacannabisassociation.com.

But above all, Sklar said, “We want to get it right. And rarely do you get to do it on a blank sheet of paper and to get it right. Often you’re trying to fix things that evolved on their own organically. Here we have the perfect opportunity to do this right from the beginning.”

Our View: Long past time to deal with marijuana

Voters in Napa County have said a resounding yes to legalized marijuana not once, but twice.

The new year brought a new legality for recreational marijuana in California. It also brought Alicia Rose’s cannabis business to a virtual halt.

The people voted and it's legal now

The people voted and it's legal now

In one of the biggest wine industry acquisitions in U.S. history, Constellation Brands Inc. announced a $1.7 billion deal Wednesday to sell mo…

A pair of buds on a Wild Thailand marijuana plant.

Eric Sklar stands on a balcony of the former Castle in the Clouds bed-and-breakfast on Yountville Hill, which he has proposed to replace with a winery.