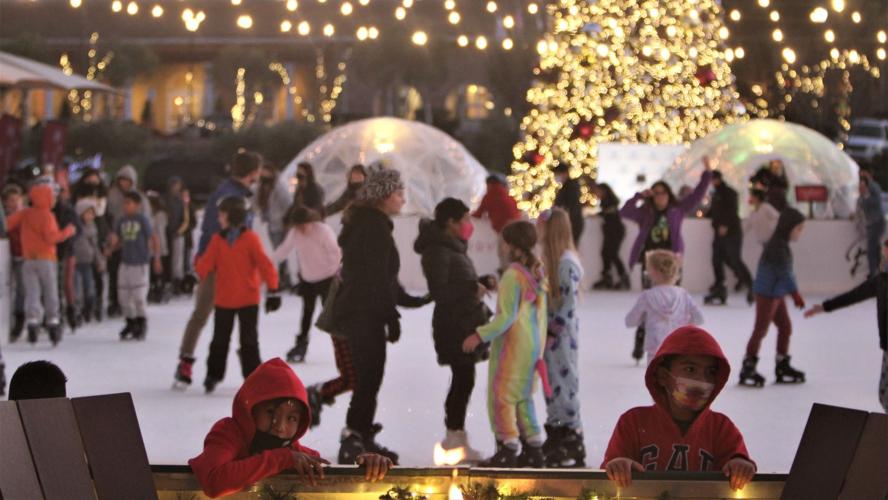 The Meritage Resort and Spa welcomed local Boys & Girls Club members and their families to enjoy its winter festivities on Dec. 16. 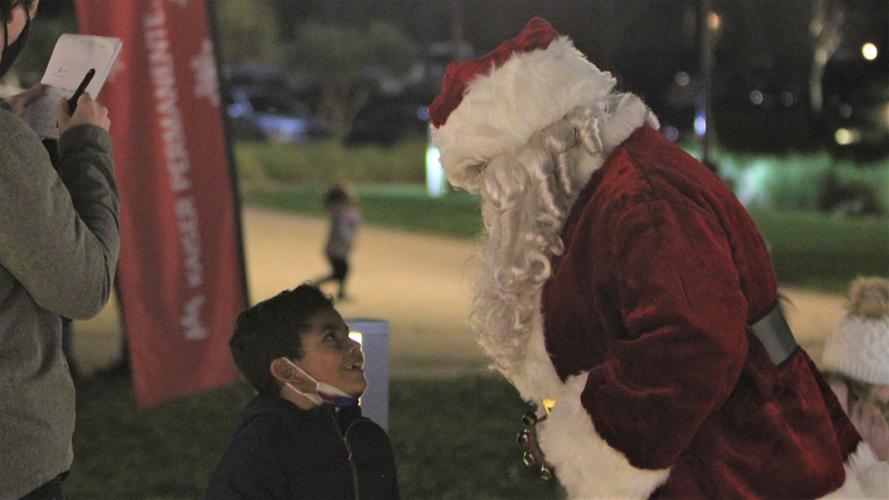 The Meritage Resort and Spa hosted approximately 100 Boys & Girls Club families at their "Merry Meritage" holiday village on Thursday. The entire resort is lit and adorned with garland, ornaments, and other décor through the month of December, and families were given the run of the place at no cost.

Santa first appeared near an enormous, heavily ornamented Christmas tree and arrived with his customary jolly laugh — a rumbling, full-bodied "Ho Ho Ho" that rose above the general clamor of the ice skaters. He told The Register that he likes to come to Napa because, "it's a jolly place alive with the holiday spirit."

A few elves had scattered around the area — they like to go out to people's houses and sit on shelves, Santa said — but none of Santa's famous reindeer were present because they're resting in preparation for Christmas day.

"While the reindeer rest for the big day, I come here, the jolliest place to spread holiday cheer," Santa said.

Santa added he and his reindeer have been training and eating well over the past few weeks to store up all the energy necessary to travel the world over one night.

Santa also proclaimed the kids around him had been very well behaved this year.  They, at times, asked him various questions as well — about the softness of his beard, his diet (he's been eating more salad), and how his reindeer are doing.

After meeting with guests, Santa said he'd be slipping back soon to the North Pole through magical means, but he couldn't disclose exactly how.

"I can't let you know how it works; it just works," according to Santa.

Both Meritage and the Boys and Girls Clubs were thrilled with the turnout, recognizing how important this event was for many families.

"We targeted children from our community who needed an experience like this most," said Greg Bouillerce, Executive Director for Boys and Girls Clubs of Napa Valley.

"It’s easy to get caught up in the logistics and orchestration, but there was a real magic there ... Kids were all smiles talking about how they had never been ice-skating before, parents were helping them on the ice and to make s’mores and I think it was just a really great moment to celebrate as a community, especially now as moments like this happen so infrequently due to the pandemic."

Ice skating at the Meritage resort

Ice skaters at the Meritage resort

Santa at the Meritage

Santa at the Meritage Resort

12 Days of Giving: The Immigration Institute of the Bay Area supports the legal needs of Napa's immigrants

Napa's branch of the Immigration Institute of the Bay Area reaches out and assists Napa's immigrant population with citizenship applications, DACA renewal and other legal assistance.

Feeding It Forward has carved out a unique niche in Napa Valley food relief, including the distribution of prepared foods from major local events.

Napa’s Operation: With Love from Home welcomes back volunteers to fill 650 care packages for troops abroad

More than 150 people pitched in Saturday to pack holiday gift boxes for service members, a year after COVID-19 kept most volunteers away.

As the only local family resource center run by a Latina, Puertas Abiertas and Executive Director Blanca Huijon are working to advocate for their community in every facet of life.

The Meritage Resort and Spa welcomed local Boys & Girls Club members and their families to enjoy its winter festivities on Dec. 16.