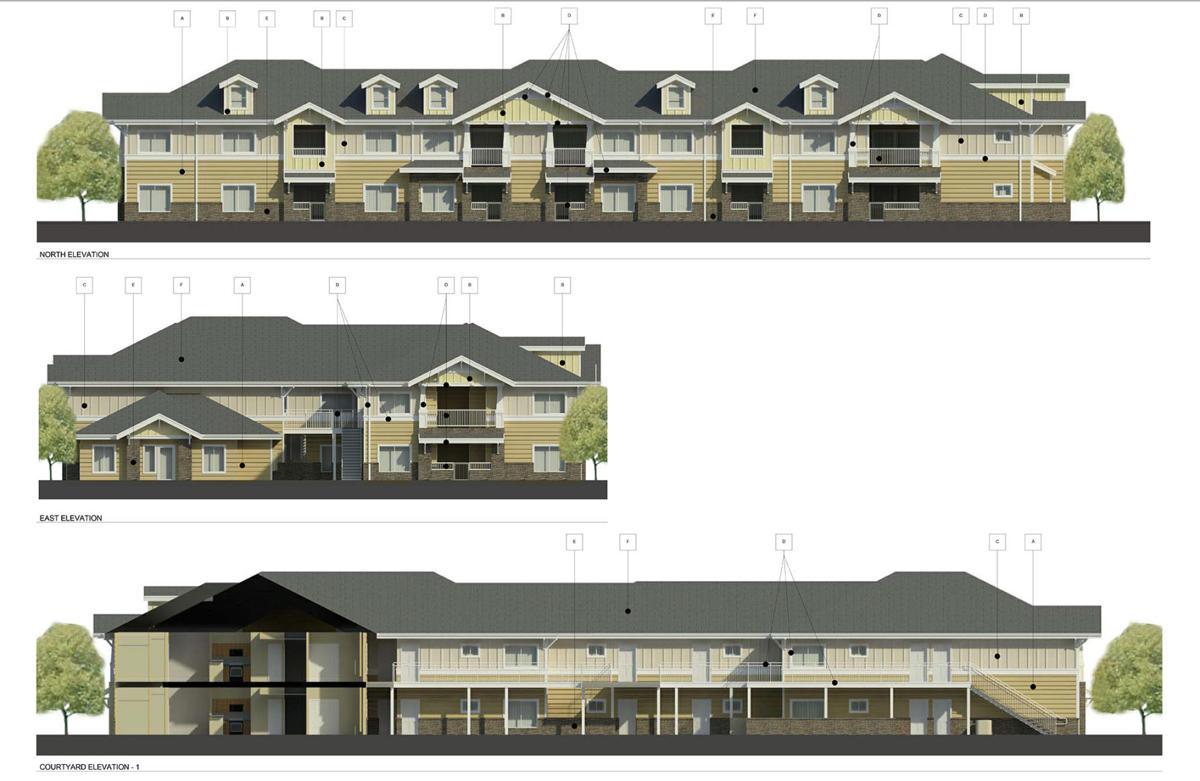 Napa Courtyards, a complex of 20 apartments to be rented below market rates, is planned for a 1-acre site at 535 Coombsville Road in Napa.

Two Napa developments at opposite ends of the income scale may get the city’s thumbs-up on Tuesday – a cluster of affordable housing east of downtown, and the core of a luxury hotel center in the rural Stanly Ranch area to the south.

The City Council is scheduled to decide the future of Napa Courtyards, a proposal to build 20 apartments for lower-income families at 535 Coombsville Road. The project, which planning commissioners cleared last month, is the successor to a more ambitious plan that neighbors derailed in 2008 amid concerns about its size and traffic impacts.

Also up for approval is the first phase of the VieVage resort, which is slated to open in 2017 with 150 guest rooms within dozens of cottage-style structures southwest of the junction of Highways 12, 29 and 121. Future phases, which Napa must approve separately, are to add up to 95 homes and a winery to the hotel, which is being planned by the high-end lodging company Auberge Resorts.

Developers of Napa Courtyards, a 20-unit apartment complex on a 1-acre site across the street from the Tulocay Cemetery, are trying to succeed where an earlier, larger plan failed eight years ago.

The Pacific Cos., an Idaho firm specializing in multifamily housing, seeks to construct a pair of two-story buildings with 16 apartments in one and four in the other.

Four of the units will have one bedroom, 10 will be two-bedroom and six will contain three bedrooms, and all will be offered at rents affordable to households making less than 60 percent of Napa’s median income. Average monthly rents are expected to be $600, $900 and $1,100 for one, two or three bedrooms respectively, according to Ryan Gregory, a Napa civil engineer working with Pacific Cos.

A small commercial building, currently home to the Napa Recovery Resource Center, would be razed to create room for the apartments and 43 parking spaces. In approving the plan last month, city planners shifted a bank of covered carports from the parcel’s south side to its west, to open a clearer view toward Fairview Park – a step some neighbors said would help residents keep an eye on littering and drug use in the park.

Napa Courtyards would occupy the same site once reserved for Fairview Heights, which would have included three-story buildings with room for 30 apartments. Stiff resistance from nearby homeowners drew audiences of nearly 100 people to oppose that project before the Planning Commission, which twice vetoed the plan before its developer abandoned it.

Auberge Resorts is seeking council approval for its cottage-style hotel development, which gained the Planning Commission’s support in December.

Guest rooms at the hotel, to be branded VieVage, would be scattered among 84 small structures of metal wood and stone, amid a landscape of native plans and a cluster of produce gardens. Designers have said the plan will emphasize the rural and agricultural character of the area, which is east of the Carneros grape-growing district.

In addition to the cottages, the hotel’s opening phase will include a restaurant, coffee shop, spa, banquet hall and conference center in a hub of six buildings. Walking and cycling trails also would be built through the resort’s 93-acre site as well as along its north and west edges.

City approval on Tuesday would clear the way for Auberge to open 147 of VieVage’s planned 150 hotel rooms. The remaining three would be part of a “presidential suite” building, whose design has not yet been filed with the city, according to Associate Planner Michael Allen.

A second phase would see the construction of 25 fractionally owned and 70 fully owned homes at Stanly Ranch, followed by the final element, a 40,000-square-foot winery.

The City Council originally approved a master plan for the 712-acre Stanly Ranch in 2010, when developers were working with the St. Regis hotel chain. Four years later, St. Regis was replaced by Auberge, which operates Auberge du Soleil in Rutherford and the Calistoga Ranch.

On the same Napa site where a planned affordable housing complex came to grief eight years ago, a developer is pursuing another.

The stalled 150-room Stanly Ranch resort project has a new investor that recently contributed $45 million to the long-promised development, su…

Napa planners have endorsed the designs of 110 residences at the Stanly Ranch Resort.

Napa Courtyards, a complex of 20 apartments to be rented below market rates, is planned for a 1-acre site at 535 Coombsville Road in Napa.