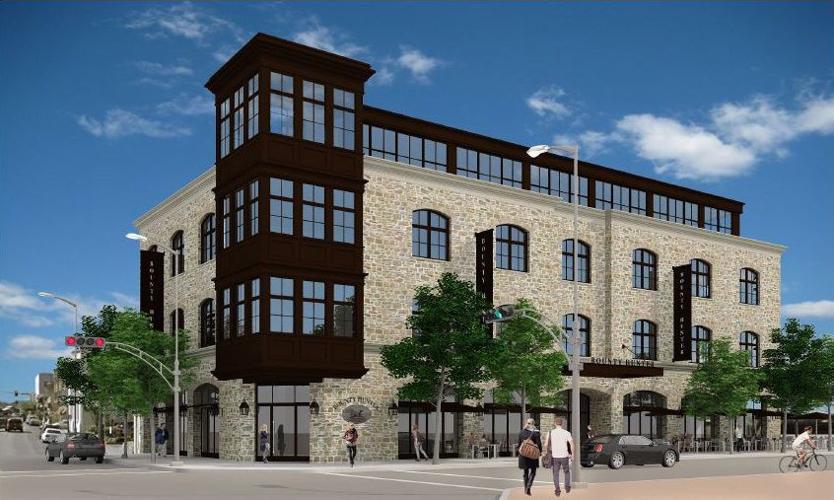 An updated image of the proposed Bounty Hunter building, located at the southwest corner of Main and First streets in downtown Napa. 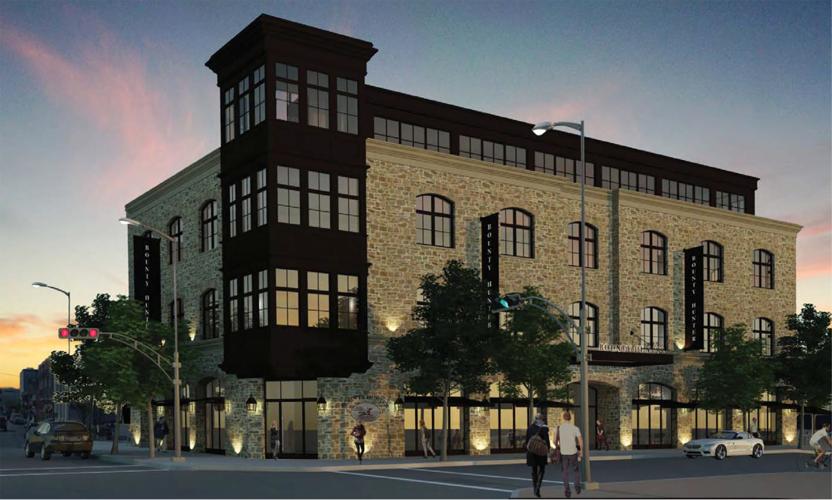 The Bounty Hunter wine bar, wine shop and barbecue restaurant has won city Planning Commission approval to raise a new building at First and Main streets, one of the busiest locations in downtown Napa. 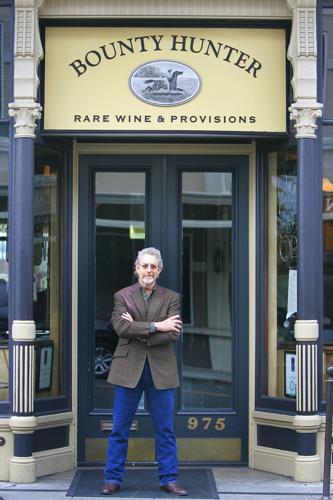 Mark Pope opened Bounty Hunter in Napa in 1994. He sold the business three years ago and continued working as CEO, but will leave that role June 30.

More than two decades after opening up shop in Napa, Bounty Hunter Rare Wine & Spirits has the city’s thumbs-up to build a new home in the heart of a now-bustling downtown.

A 60-foot-tall, four-story edifice of stone, metal and wood at the corner of Main and First streets will become the hub for the Bounty Hunter wine shop, restaurant and offices.

The project won Planning Commission approval Thursday night. The business’ founder Mark Pope expects the construction project to last two and a half years and cost $15 million to $20 million.

The start of work will await Bounty Hunter and city staff wrapping up the design of the south-facing wall, where the wine seller will be required to install exterior artwork and also may create a “green wall” of vertical plantings. Those additions will decorate the building’s south side, which will run all the way up to a property line and cannot have windows due to fire codes.

Even with that detail still undone, members of Napa’s land-use authority were quick to praise a development they described as a potential landmark in the making.

“The payday is so big for us to have, for a change, superior architecture in Napa,” Commissioner Gordon Huether said of the design, a throwback to the look of nearby landmarks raised in the late 19th and early 20th centuries. Its styling, with arched windows, stonework and a metal-clad top floor, is meant to match the Old West motif of Bounty Hunter, which Pope founded in 1994 and which currently operates a block east at 975 First St.

“This will look like your old stone buildings in Napa. There won’t be anything that’s prefab or synthetic-looking,” predicted Maurice Lombardo of Taylor Lombardo Architects, the building’s designer. “We think it’ll be a landmark building and a destination for Napa.”

At ground level in the 28,180-square-foot building will be the wine shop, bar and a 100-seat dining room, twice the capacity of the current eatery, with offices on the three upper floors. It will occupy 1005 and 1025 First St., where since-demolished buildings formerly hosted the Don Perico and Tuscany restaurants before Pope and his business partners completed land purchases in 2015.

From the first release of designs in the spring of 2016, the project drew the compliments of city planners – although its lot-filling size also produced some concern about its dominating a heavily traveled crossroads dotted with smaller storefronts.

“What you have here is a very well-designed building, but you do have a significant amount of building on the property,” said Victor Carniglia, a consulting planner with the city. “It’s a question of degree, and it’s a judgment call.”

In the end, the Planning Commission judged the architecture worthy enough to put aside worries about its scale. “This building will look and feel magnificent in a hundred years,” said Beth Painter before the group’s unanimous vote of support.

The approval of Bounty Hunter’s future showcase came barely two weeks before the planned departure of Pope, who left a sales job at Dey Pharma’s Napa branch to create a wine catalog that gradually expanded into a multimillion-dollar company.

With his retirement looming at the end of June, Pope still was eager to break ground as soon as possible. “As John Wayne would say, ‘We’re burning daylight,’” he quipped afterward.

Growing up in Detroit, Mark Pope said he was always enamored of the West and cowboy culture.

A mixed-use, four-story stone building featuring dark bronze metal accents and “an eclectic, turn-of-the-century feel” is planned for the curr…

An updated image of the proposed Bounty Hunter building, located at the southwest corner of Main and First streets in downtown Napa.

The Bounty Hunter wine bar, wine shop and barbecue restaurant has won city Planning Commission approval to raise a new building at First and Main streets, one of the busiest locations in downtown Napa.

Mark Pope opened Bounty Hunter in Napa in 1994. He sold the business three years ago and continued working as CEO, but will leave that role June 30.