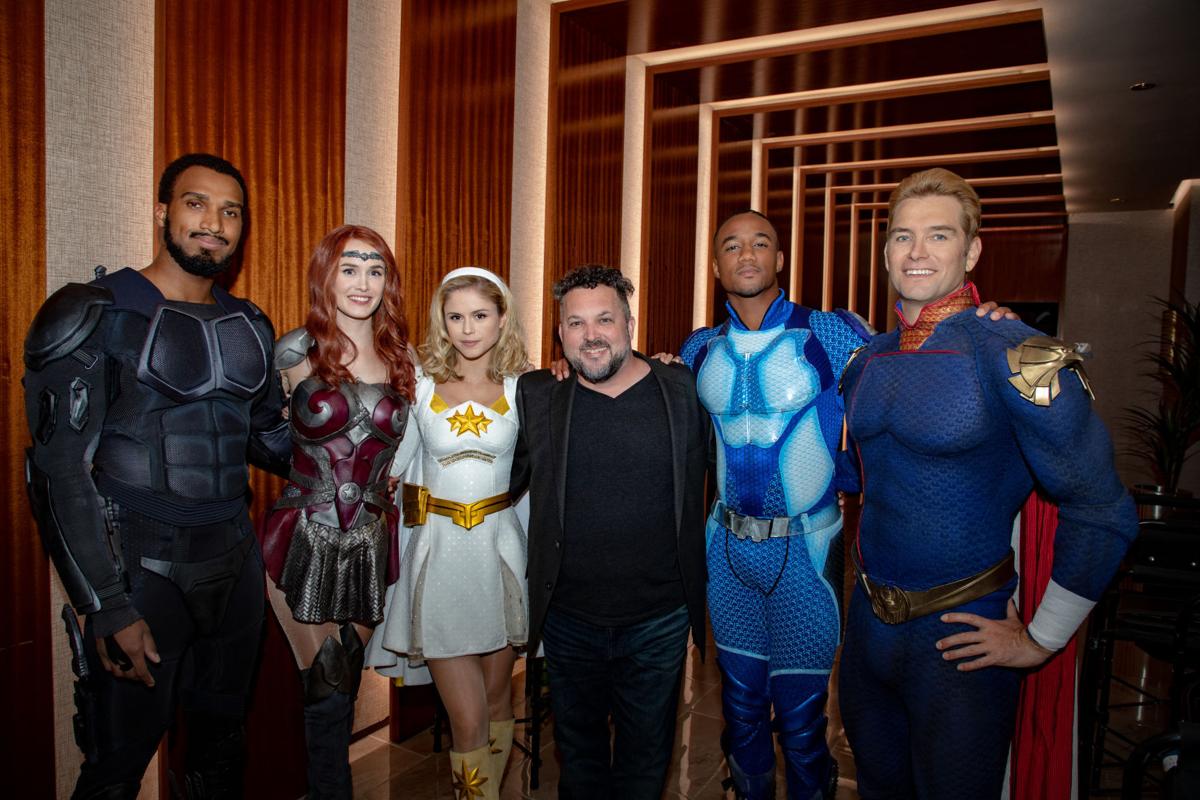 Darick Robertson, center, with actors from "The Boys." 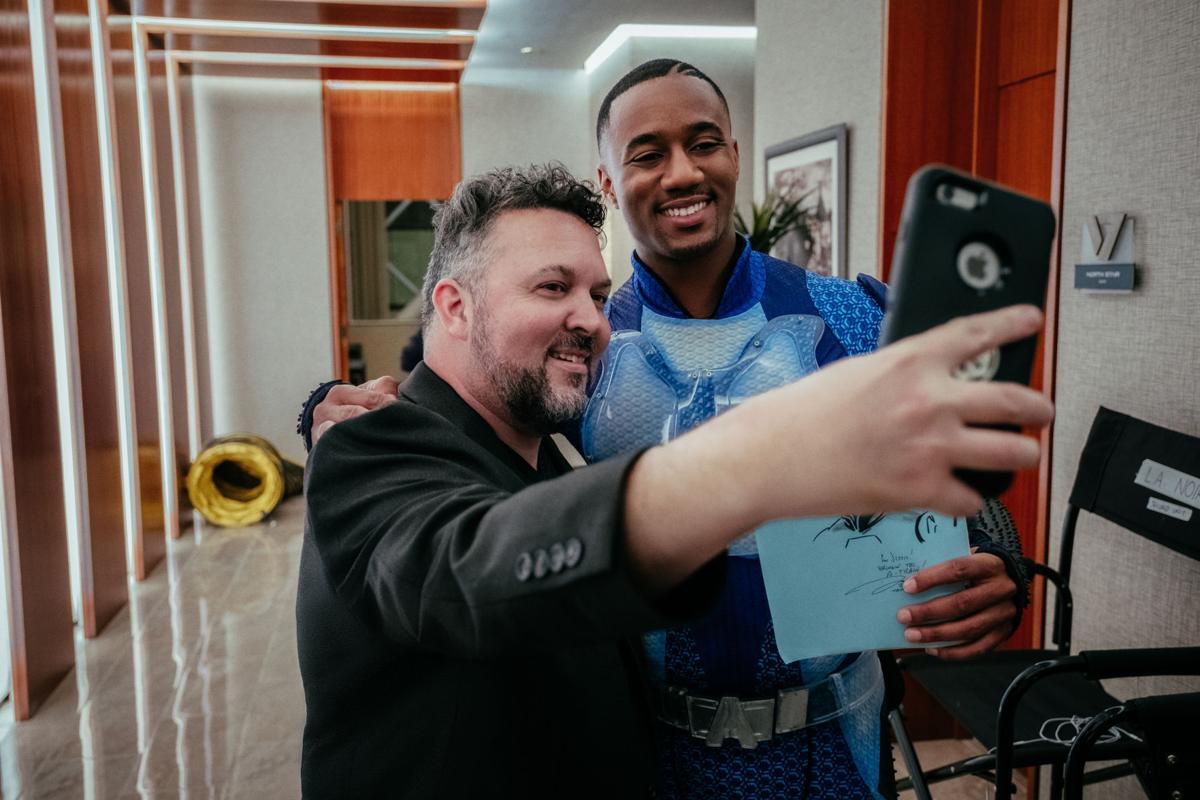 Napan Darick Robertson co-created characters that have been turned into an Amazon TV show called "The Boys." Robertson is pictured on the set of "The Boys" with actor Jessie T. Usher who plays a character named A-Train. 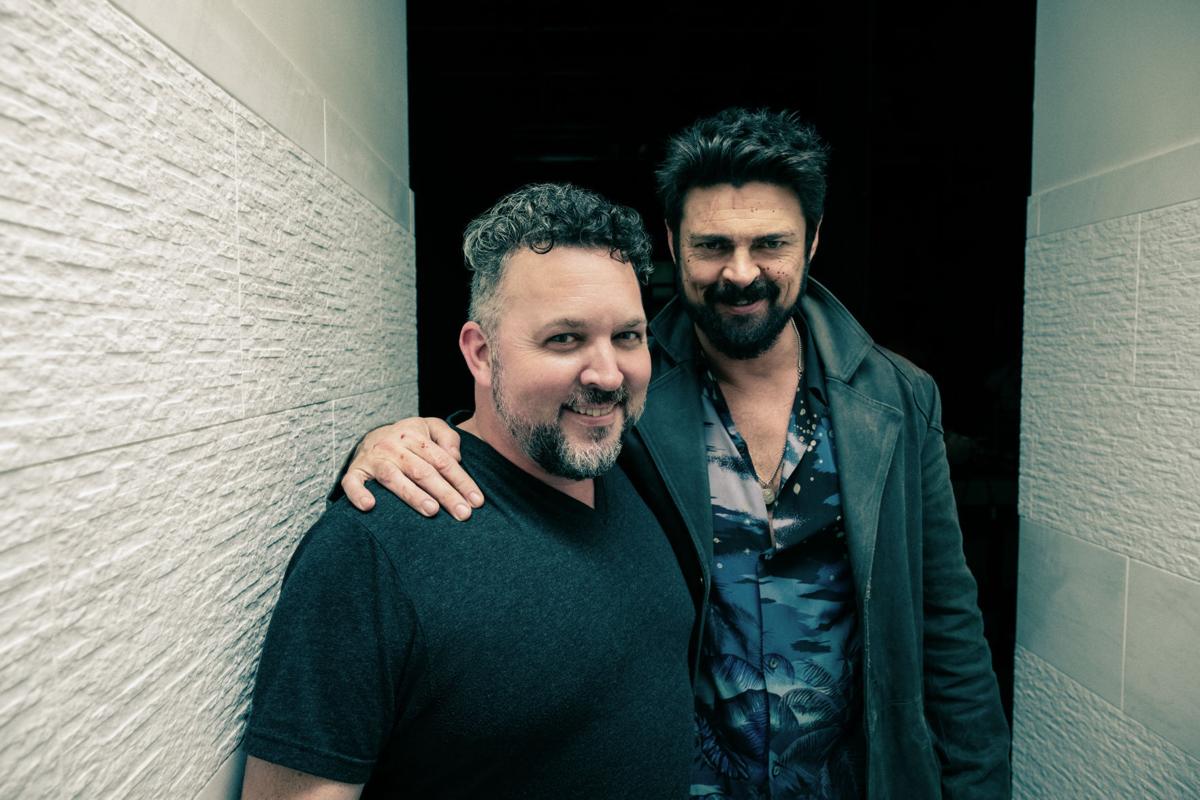 “It’s hard to choose just one,” said Robertson. “My first was Batman, but Superman is likely the best, because he has all the powers and only does good with the power that he has.”

More recently, characters he co-created have been adapted into an Amazon series called “The Boys.”

The whole experience, and his career as a working artist, is “pretty incredible,” the Napan said.

Watching a comic book and characters that he co-created come to life and become a hit, is “a dream come true in many ways,” he said. “To see it all fully realized, and even more so, so well received by the public ... that’s been very validating (and) unlike anything I’ve ever experienced before.”

Robertson, who has lived in Napa with his family since 2004, said he’s been drawing since he was a little boy.

According to Robertson’s blog, the shower doors of his childhood home in San Mateo bore his youthful but unusually adept paintings of Bugs Bunny and Porky Pig from the time he drew them at the age of 7 until they sold the house when he was an adult.

Around the same time, Robertson entered Post cereal drawing contests and won two 10-speed bicycles in separate contests. The subjects of his drawings were probably an indication of his future career — Green Lantern and his own creations of supervillains.

He had his first comic published at age 17 and subsequently started working in the industry.

Yet he’s managed to earn a living working full time as an artist and support his family along the way.

The project most people will be aware of right now is “The Boys.”

Written for mature readers, “‘The Boys’ is an irreverent take on what happens when superheroes, who are as popular as celebrities, as influential as politicians and as revered as Gods, abuse their superhero powers, rather than use them for good,” according to Amazon TV.

Robertson is listed as a co-executive producer of the show, but he’s not involved in the day-to-day operations.

“I’ve been to set a couple times,” he said. “I contribute artwork, but I don’t sit in the writer’s room.”

“It’s been very gratifying and fun. I’m amazed to see how the show has taken off and how popular it is.” One highlight was seeing a promotion for the series on the side of a building and in Times Square in New York City. “That was pretty amazing.”

He’s getting paid for that role, said Robertson. “I’m not retiring any time soon, but it’s certainly a benefit,” he said modestly.

Just because he’s hit it big with “The Boys” doesn’t mean Robertson isn’t already working on other projects. In his home studio, he’s currently writing and drawing a story for one of DC Comic’s major mainstream characters.

He sells original artwork at his website (darickrobertson.com). He’s writing more scripts for new comics that he’ll be illustrating “and coming up with new ideas and new characters to bring out in the world while the iron’s hot.”

His career as an artist hasn’t been easy, he said.

“There’s been a lot of valleys and struggle” to make a living as an artist. “There are no guarantees,” he said. When it comes down to it, “I’m not necessary” in the grand scheme of things, he said with a laugh. “But at the same time, I made this. I have been fortunate. I have it better than a lot of people.”

And yes, he still draws pretty much all day.

3 Countries Pledge To Help Reduce Flow Of Migrants To U.S.

3 Countries Pledge To Help Reduce Flow Of Migrants To U.S.

COVID-19 and comics: How coronavirus is affecting the comic book industry

Darick Robertson, center, with actors from "The Boys."

Napan Darick Robertson co-created characters that have been turned into an Amazon TV show called "The Boys." Robertson is pictured on the set of "The Boys" with actor Jessie T. Usher who plays a character named A-Train.