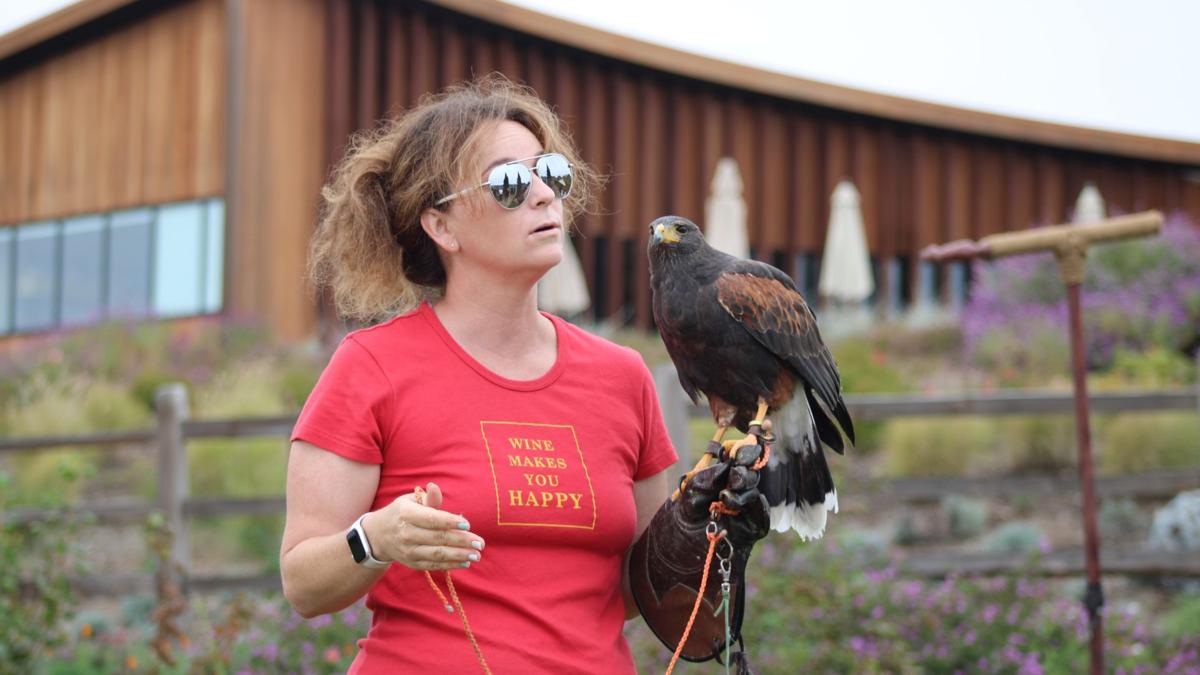 Since 2016, Rebecca Rosen has been working with Bouchaine Vineyards out in the vineyard before guests at the winery. 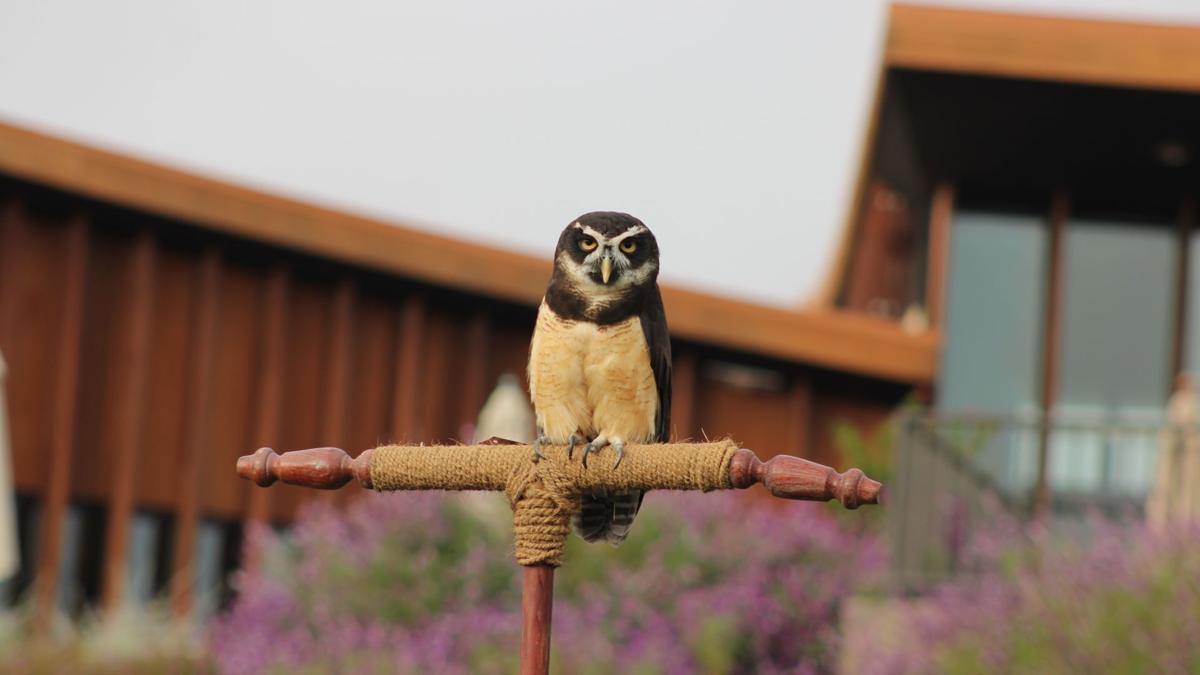 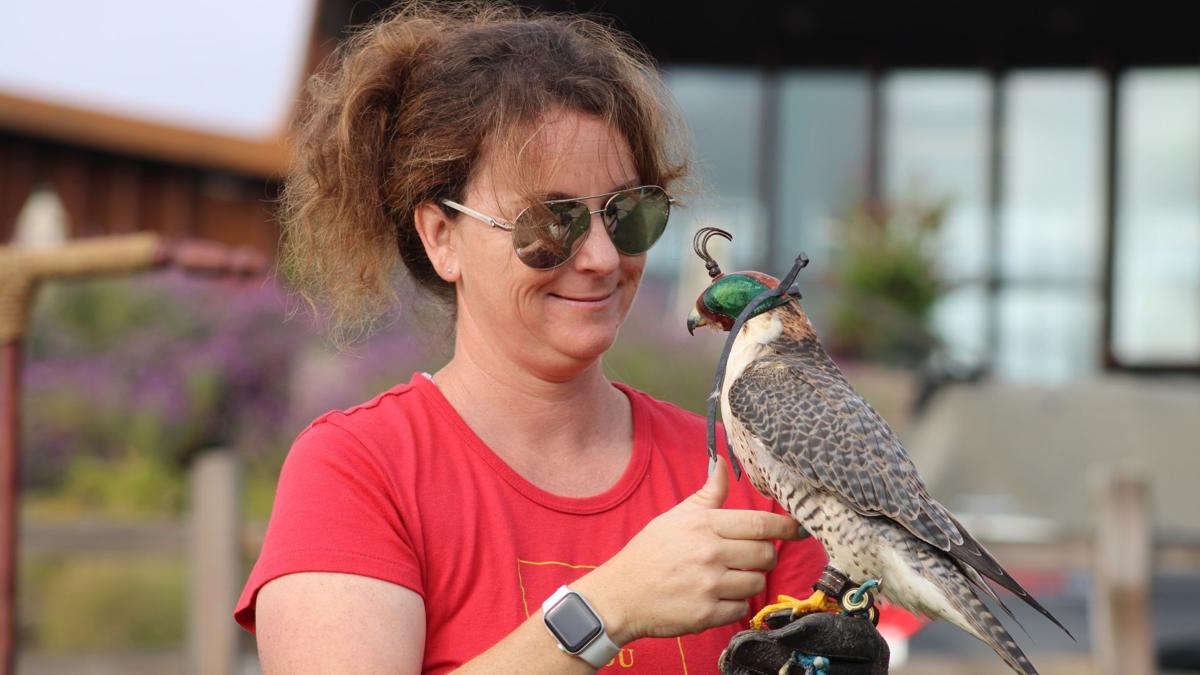 Rebecca Rosen of Authentic Abatement at a "Falconry in the Garden" event at Bouchaine Vineyards.

Professional falconers are used across the world to protect agriculture from pests, and here in Napa Valley, they are commonly called in to rid wine country vineyards from critters like rabbits, starlings and crows.

And while these pros are extremely important in protecting the region’s highly valuable vines, there is no Better Business Bureau for people who wrangle birds of prey, leaving the code of ethics up to individuals.

But as a tenured falconer in the Bay Area, Rebecca Rosen of Authentic Abatement is sick of the “used car salesman” mentality surrounding falconry and has decided to do something about it by creating the Professional Falconers Association (PFA).

A nonprofit trade association of falconry-based businesses and professional falconers, the PFA will offer a series of member benefits for those in the industry, including access to job boards, training resources, a raptor market, apprenticeship resources, and inclusion in the network’s membership directory.

“I have high hopes for the PFA because I feel like it’s so needed,” said Rosen. “After all, professional falconry has been around almost as long as falconry itself.”

“As soon as people started using bird messengers for hunting, someone was hired to go trap the bird,” she said. “We look at medieval times and the King’s Falconer. That was a job. Ancient monks used to clear the bell towers of pigeons with their hawks … Even in medieval Europe there was this social class with falconry.”

Thus far Rosen has done much of the heavy lifting in getting the PFA set up and ready for members to join, and is now making headway in putting together a directory of vetted individuals that clients feel they can trust. In addition, Rosen and the PFA will be also establishing a series of resources and learning opportunities for those in the industry.

“That’s the hard part, though,” she said, “To get people to share techniques.”

“Everybody wants to be the absolute best, and they don’t want to make their competition any better, not realizing that if their competition fails, it just makes the whole industry look bad … If something bad happens, that client isn’t going to say, ‘Oh, well this falconer sucks,’ they are going to say ‘Falcons don’t work; let’s net.’”

So by setting a code of ethics — which can now be viewed on the PFA website — while vetting members and providing them with the resources they need to be successful, Rosen hopes to uplift the whole falconry community rather than just herself and her company. And while willpower is important in getting there, she also has to convince other professionals that this is an idea worth backing.

“That old school mentality is tough, and when it comes to training resources we get all these people that think they’ve been in the industry long enough that they don’t have anything left to learn,” said Rosen. “But I think that those are probably the people that have the most to learn.”

In addition to abatement, Rosen has a general love for birds and falconry, and hosts demonstrations at different venues and wineries whenever she can. Since 2016, she has had a gig with Bouchaine Vineyards, where guests come for the “Falconry in the Garden” event to sip wine and watch Rosen show off her different falcons, hawks, and owls.

“Education has always been very important to me,” she said, “Because if I encourage some little kid to be a falconer someday, then falconry doesn’t die.”

So by highlighting these positive experiences in falconry outside of her abatement job and working to uphold a certain standard for professionals through PFA, Rosen is hellbent on building a good rep for her industry.

To learn more about the PFA, visit profalconers.com.

Rebecca Rosen shows off her birds at Bouchaine Vineyards

Rebecca Rosen at Falconry in the Garden, Bouchaine

Of the $5.9 million donation, $2.7 million is going toward mental and physical health, $1.8 million is for local family resource centers, and $1.4 million will be given to youth programming.

Six developers who helped change the face of American Canyon have some tips for boosting the city's economic future, such as how to improve the main drag of Highway 29.

Hearing over proposed, large Napa Valley winery could be delayed

Napa County supervisors may not weigh in on the size and scale of the Frank family's proposed Benjamin Ranch winery near Rutherford until March.

Many tasting rooms seek to tell a story of wine country less about the booze, and more about the culture.

Since 2016, Rebecca Rosen has been working with Bouchaine Vineyards out in the vineyard before guests at the winery.

Rebecca Rosen of Authentic Abatement at a "Falconry in the Garden" event at Bouchaine Vineyards.