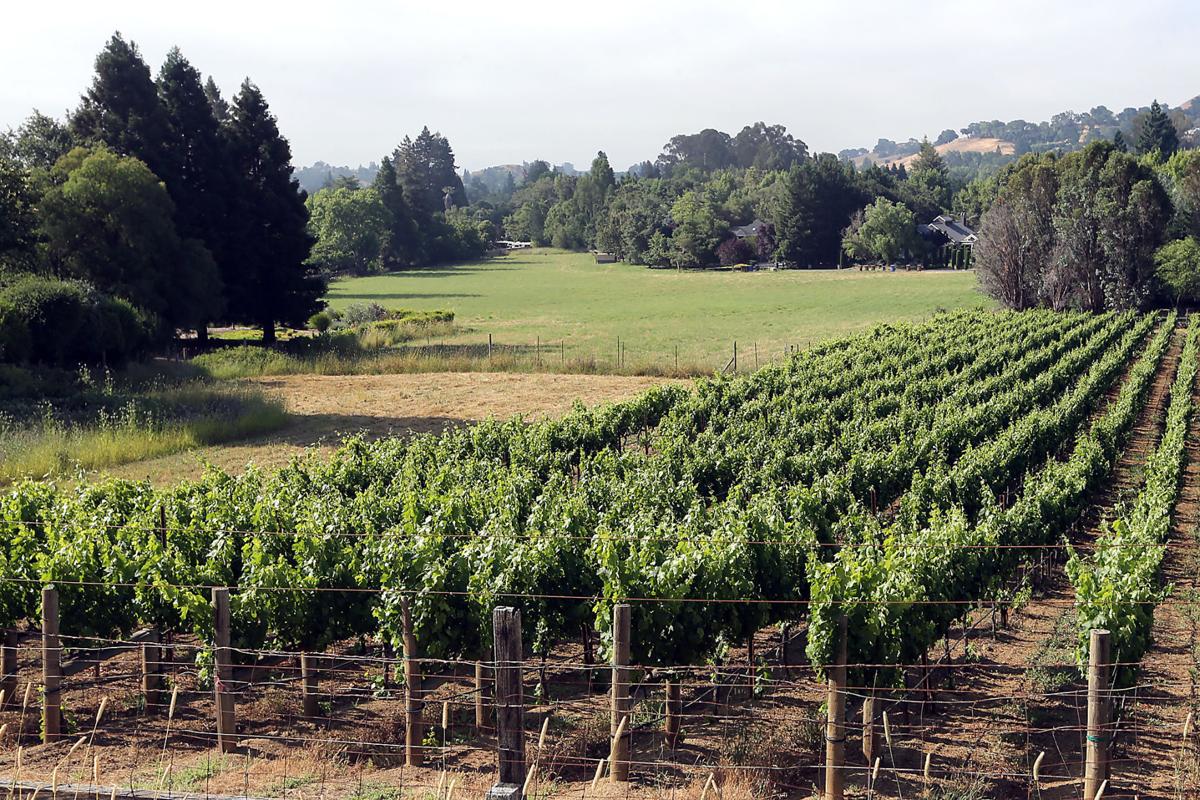 The 12-home Western Meadows Subdivision, which would be located at 1044 Borrette Lane, was approved by the Napa City Council approval on Tuesday. 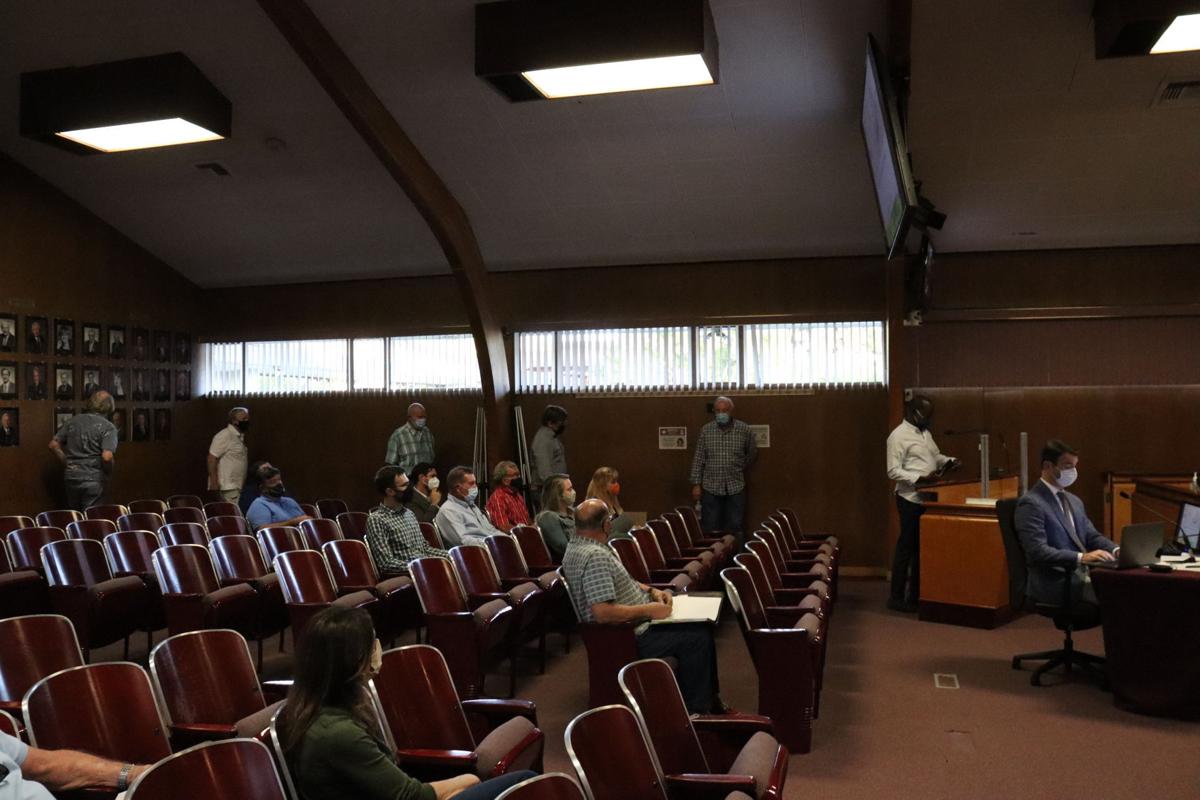 Neighbors of the proposed Western Meadows Subdivision lined up at the Napa City Council meeting Tuesday to voice opposition to the project. The council unanimously approved the development.

The 12-home Western Meadows Subdivision is headed to Napa.

The proposed 7.56-acre development located at 1044 Borrette Lane was unanimously approved by the Napa City Council on Tuesday.

Councilmembers voted to approve the project despite resistance from several neighbors, who raised concerns in public comments — as they’ve done at past city planning commission meetings — about environmental impact, potential water use, traffic volume, the height of the buildings compared to those of the neighborhood, fire risk, whether real estate startup Pacaso would buy up the properties and sell portions of them and more.

Xavier Eikerenkoetter said the council should consider the project’s impact on the neighbors’ quality of life, and said he didn’t see the project bringing any benefit to the neighborhood.

“How about taking our preferences into consideration and striking some kind of compromise with us rather than running roughshod through our meadows?” Eikerenkoetter said.

The councilmembers said they heard the concerns of the neighbors but saw no reason to deny the project.

Council approval also came with an understanding that a required 56-foot public right-of-way easement through the neighboring property, which will provide access to the subdivision, had been granted by neighbors Kirk and Karen Reid this past weekend, according to Randy Gularte, the realtor applying for the subdivision.

“We are just finalizing the paperwork now,” Gularte said.

Previously, the easement was a source of contention: the Reids hadn’t granted it and Kirk Reid expressed opposition to the project for reasons similar to the other neighbors, such as environmental impacts and overdevelopment. (He said at the July commission meeting, for example, that he’d support the project if the number of proposed homes was reduced from 12 to seven.)

The easement issue resulted in a March lawsuit against the Reids, which claimed they sold the parcel decades ago with an understanding that the property would eventually be developed and an easement would be required to access it. And city staff said at a July planning commission meeting that the city would be obligated to use the eminent domain process to acquire the easement if an agreement between the applicant and the Reids couldn't be reached.

The councilmembers and some public commenters said they were glad to see the easement issue resolved. But the neighbors pushed forward with plenty of other concerns.

“This is kind of a foregone conclusion,” Alessio said. “It was a private property and it was sold to a private party, and the plan was always to develop it.”

Luros said she thought the project was thoughtfully designed, with appropriate density. She added that the project would add housing to Napa and wouldn’t cause a huge impact in many of the categories of concern mentioned by the neighbors, partially thanks to mitigation efforts from the developer.

“We all have a part to play in solving the housing shortage,” Luros said. “As a community, we are not going to have empty fields in the city limits as long as the state is telling us that we have to build more housing. An empty field that for years has been designated and zoned for housing is not an open space; it’s going to be housing at some point.”

In other news, the council approved an emergency replacement of the Oak Street storm drain. Tim Wood, a city engineer, said damage to the storm drain was first identified by the city earlier this year because of a sinkhole. Wood added the city’s goal is to finish work on the drain before Nov. 1, to avoid wet weather as much as possible.

Wood estimated the Oak Street storm drain pipe, made from clay, is 80 to 100 years old, which he said makes it one of the oldest storm drain pipes in the city. New reinforced concrete pipes, he said, are expected to have a lifespan of 50 to 75 years.

Wood added that he’s aware of several other old pipes in the city that need to be replaced, but the Oak Street pipe is the most urgent. He said the cost to the city of replacing the pipe will be slightly under a million dollars, which the city already budgeted for earlier this year.

Photos: go inside the most expensive home sold in Napa County in August

The proposed 12-home Western Meadows Subdivision is up for Napa City Council approval on Tuesday, following a unanimous recommendation for approval from the city's planning commission last month.

Planners have approved the 12-unit development over neighbors' objections; city council will have the final say.

The proposed 12-home Western Meadows Subdivision is on hold after the city planning commission asked for more technical details.

In St. Helena, protests over Pacaso continue while Calistoga reviews its regulations as the company offers a house near city limits.

The 12-home Western Meadows Subdivision, which would be located at 1044 Borrette Lane, was approved by the Napa City Council approval on Tuesday.

Neighbors of the proposed Western Meadows Subdivision lined up at the Napa City Council meeting Tuesday to voice opposition to the project. The council unanimously approved the development.