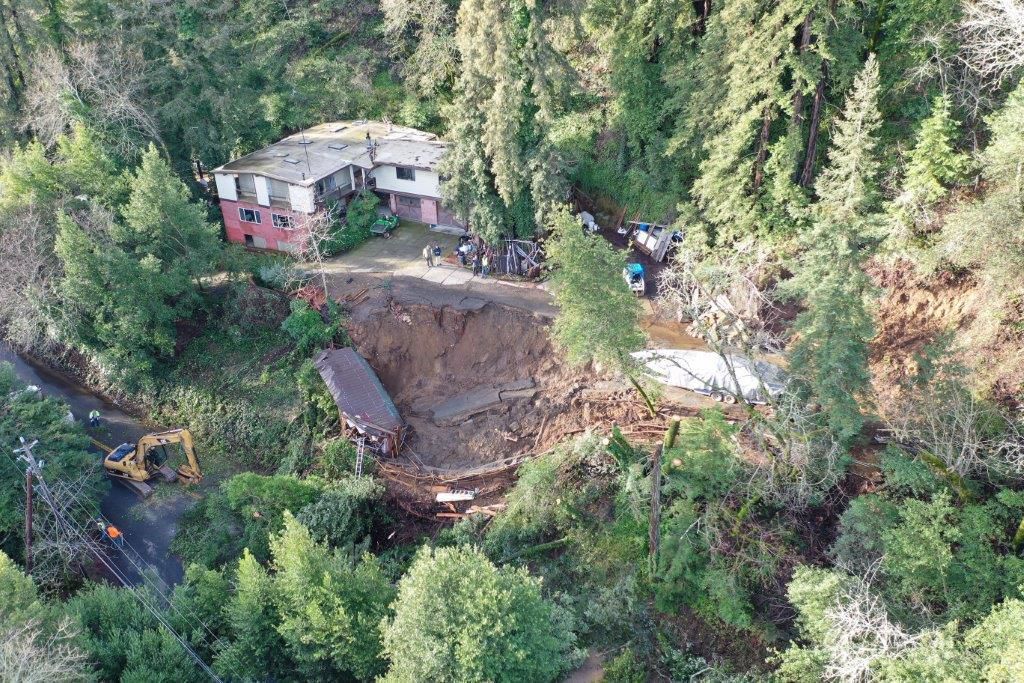 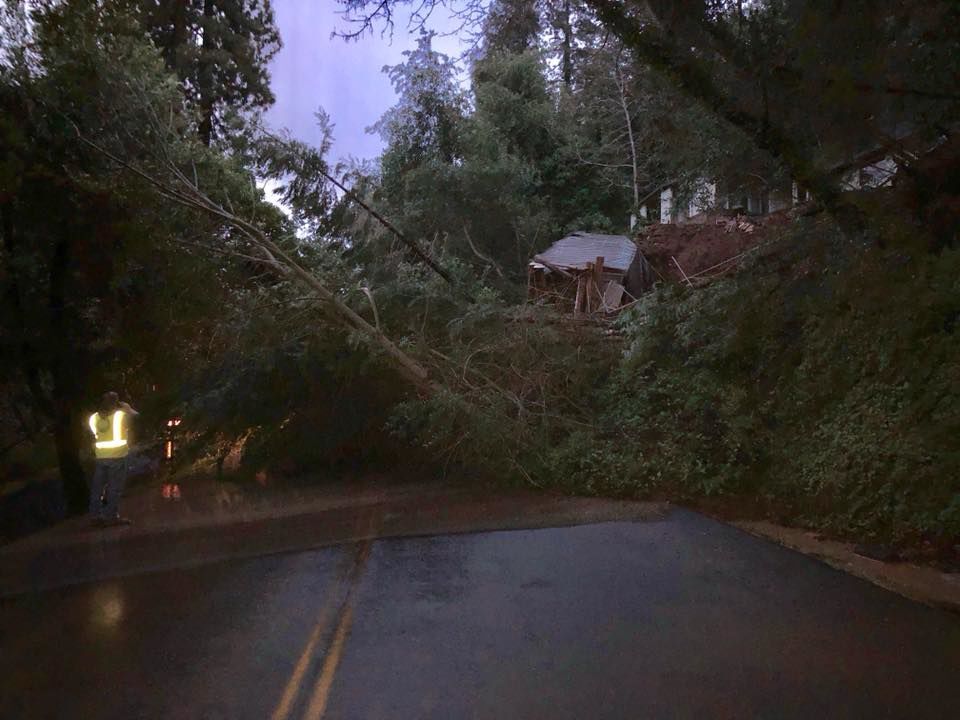 A Feb. 27, 2019 slide blocked Redwood Road. The county on Tuesday set aside $800,000 to stabilize the slope to prevent a repeat after failing to get the property owner to take the desired actions.

Napa County is budgeting $800,000 to stabilize a hillside that slid over Redwood Road on Feb. 27, 2019, after heavy rains, and the property owner could be on the hook for the bill.

This slide covered Redwood Road with rock, trees, and mud. County officials said it extended 60 feet to 80 feet down the slope with a width of about 80 feet. It missed a house but created a 15-mile detour for motorists for several days.

On Tuesday, the county Board of Supervisors budgeted $800,000 to stabilize the slopes above Redwood Road. The county will try to recover the money from the owners.

In about a month, the county will remove loose dirt that is more likely to fall and do some erosion control, county Public Works Director Steven Lederer said in an email. More extensive erosion control and drainage work will come after the rainy season.

Napa County has a court order allowing crews to go on the property do the work, he said.

The owners, Timothy J. White, and Hidi R. Sobelman, didn’t show up at the Board meeting. A county report said the owners stopped responding to correspondence and apparently abandoned the property.

“We have not seen anyone on the site in several months,” Lederer said.

Two contrasting versions of what triggered the 2019 slide emerged from various legal hearings.

Napa County’s version is county officials went to inspect the property at about 7:30 a.m. the day after the slide, which took place the previous evening. White allowed them on the site and gave them permission to take photographs.

A hillside gave way Wednesday evening, destroying a shed and just missing a house before burying rural Redwood Road with rock, trees and mud a…

County officials saw a shed structure that had slid down the slope. White said he had used the structure and store tools and parked his Mercedes. There was no construction permit for the shed/garage.

The county concluded that illegal grading and construction on the White/Sobelman property contributed substantially to the slope failure. It issued notices for the owners to, among other things, stabilize the hillside to prevent further landslides.

But that’s not the version White/Sobelman gave during an administrative law hearing and in a lawsuit.

White denied walking around the property with county officials shortly after 7:30  a.m. on Feb. 28, 2019. He said he was asleep at the time after being up much of the night because of the slide.

White/Sobelman said they had made only minimal changes to the site, such as minor clearing and leveling the parking area in 2003 and 2004. They said the slide caused damage for them — the loss of 10 to 15 feet of parking and storage area, fencing, landscaping, and damage to a boat, trailer, and golf cart.

A geotechnical engineering consultant for White/Sobelman concluded the primary cause of the landslide was aggressive excavations made along the road by Napa County road crews. The county said no such excavations were done.

“White was not a credible witness,” she wrote. “His testimony was self-serving and contradicted by the more credible testimony of the department’s witnesses and by photographic evidence.”

White/Sobelman in December 2019 filed a lawsuit in Napa County Superior Court against the county for inverse condemnation and sought damages from the county because of the landslide. The county filed a counterclaim.

After the initial pleadings, the owners “apparently abandoned the property and the litigation,” a county report said. They stopped responding to correspondence and failed to respond to discovery served by the county.

In June, the court found in favor of the county’s counterclaim. It ordered White/Sobelman to pay the county $70,165 for attorney fees and for staff time to abate nuisances on the property. It also ordered them to stabilize the hillside.

The Napa Valley Register on Tuesday contacted Valerie Clemen, who had been the attorney for White and Sobelman in the court case. She said she no longer represented them, thought they may have moved and said she would try to contact them on the Register's behalf.

But the Register had not heard from the owners as of Wednesday to comment on the county’s actions.

County Supervisor Ryan Gregory said he was riding his bike in the Mount Veeder area on Feb. 27, 2019 and went by 3435 Redwood Road. He noticed a tree at a sideways angle and thinks the slide happened a few minutes after he passed.

Further slides could happen with future rains unless the slopes are stabilized, a county report said. For now, a concrete K-rail is in place to help hold back loose materials.

The wreck occurred early Saturday south of the city of Sonoma, and the driver and two passengers were hospitalized in Napa, according to CHP.

A Feb. 27, 2019 slide blocked Redwood Road. The county on Tuesday set aside $800,000 to stabilize the slope to prevent a repeat after failing to get the property owner to take the desired actions.