House set to vote on $2.2 trillion virus relief bill from Democrats with no bipartisan deal in sight 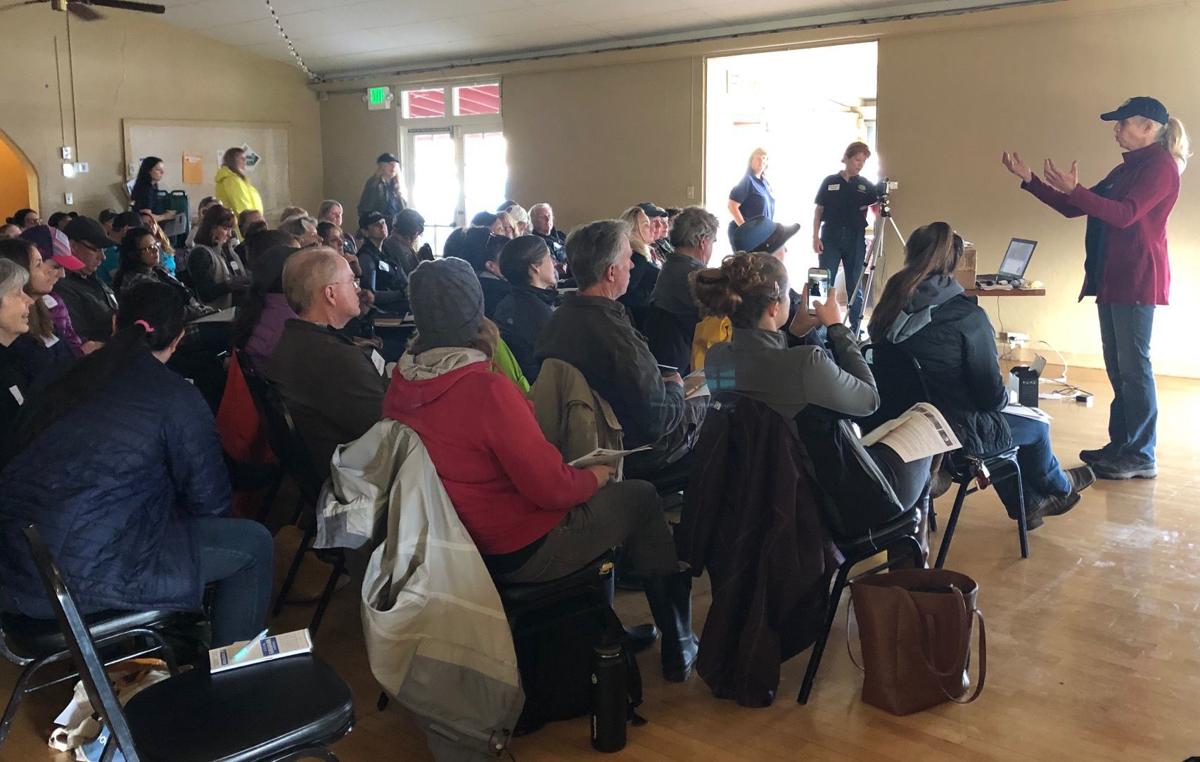 More than 60 prospective volunteers gathered Saturday morning at the Napa Valley Horseman's Association to learn about saving animals from the impacts of a natural disaster. 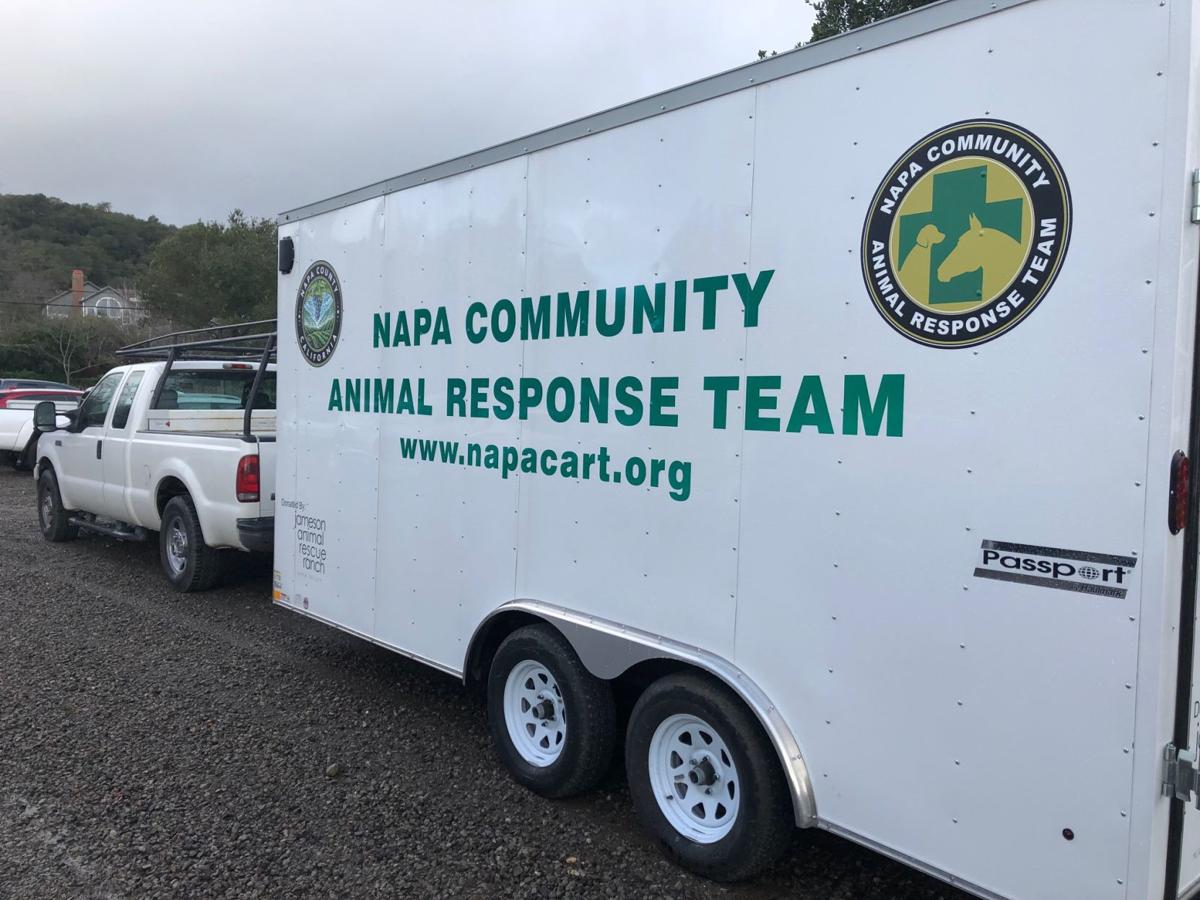 More than 60 prospective volunteers from Napa and neighboring counties crowded into the Napa Valley Horsemen’s Association on Saturday to receive the first of many training sessions needed to join the county’s Community Animal Response Team, or CART. The organization was established in 2017 with the goal of aiding animals whose owners have fled because of a natural disaster.

Such an organization is important, group leaders say, because people may disobey evacuation orders if they do not have a plan for their animals. Stacy Willett, a Federal Emergency Management Agency expert, found that pets were one of the main reasons that people ignored mandatory evacuation orders issued in response to Hurricane Katrina, according to the University of Akron site.

“When we help animals, we help people,” said CART president Claudia Sonder. “And we do that by giving them options for their animals.”

Some team volunteers may lead animals away from danger, but others must man the CART hotline, check on an animal’s health, drive trailers, monitor police and fire scanners or even search for surviving people, leaders said.

Lake County’s 2015 Valley Fire taught volunteers that they were not prepared to respond to such a disaster and needed to work in conjunction with the county. Residents may receive little to no notice of an incoming fire, flood or earthquake, Sonder said.

The issue of timing was key in last year’s Butte County Camp Fire, Sonder said, which was the deadliest and most destructive in California’s history. The county was criticized by some who claimed official warnings came too late — or did not come at all — and contributed to many deaths.

Hundreds of animals at Butte County’s shelters still have not been claimed, Sonder said.

CART is usually notified that its response is needed by an animal’s owner. The team usually knows what to expect, but volunteers must first assess the scene, see what animals are on the property, and determine whether pets are injured, depressed, hungry or thirsty.

Animals who seem to be relatively happy and healthy are usually given supplies and left to shelter in place, while others who are alone, injured or in poor conditions are loaded into a trailer, tagged and taken away to a temporary animal shelter, CART leaders said. Volunteers leave a notice on the door and head off to the next call.

Some calls may require volunteers to enter a home to care for indoor animals. Volunteers are trained to look for, document and report signs of forced entry, leave supplies, and leave toilet seats up to provide animals an emergency source of water.

Volunteers will contact pet owners after they have visited the property. Animals who have been hauled away can be picked up by owners later. CART can deliver animals when necessary, said Nancy Kerson, an evacuation leader.

Joining the team isn’t as simple as signing up.

Volunteers must take FEMA courses and pass a background check, since they may be entering homes. Those who want to work directly with animals should have a decade of experience with large animals and should be able to lift 50 pounds, said Megan Van Coutren, head of CART operations.

Response to the Camp Fire taught volunteers that they should spend a maximum of 72 hours on a shift, followed by 72 hours of rest, Sonder said.

The job can be an emotionally trying one.

Volunteers must prioritize the safety of themselves and their team, and accept that there will be times that animals must be left behind, Sonder said. Volunteers responding to Lake County homes arrived to find people with guns waiting in the driveway, protecting their property from being looted again, she said.

Team members should be able to think like animals and keep their adrenaline under control.

“Trust the little hairs on the back of your neck,” she said. “If you feel threatened by something, the animal already knows.”

Volunteers who did not participate in Saturday’s session can still get involved by signing up for classes beginning March 16. Annual membership fee is $40. For more, visit napacart.org/events.

When an earthquake struck Napa in 2014, the county started to come to a realization: people didn’t know enough about what to do in the event o…

More than 60 prospective volunteers gathered Saturday morning at the Napa Valley Horseman's Association to learn about saving animals from the impacts of a natural disaster.