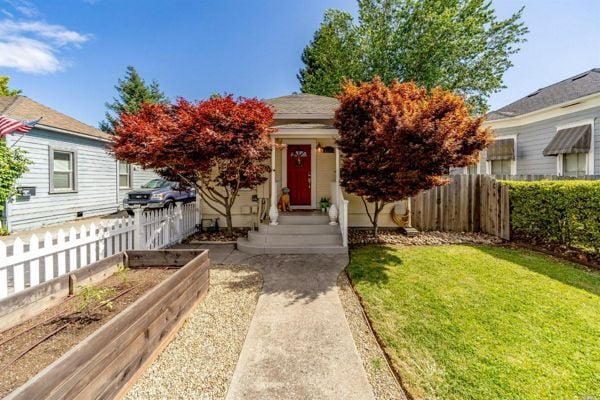 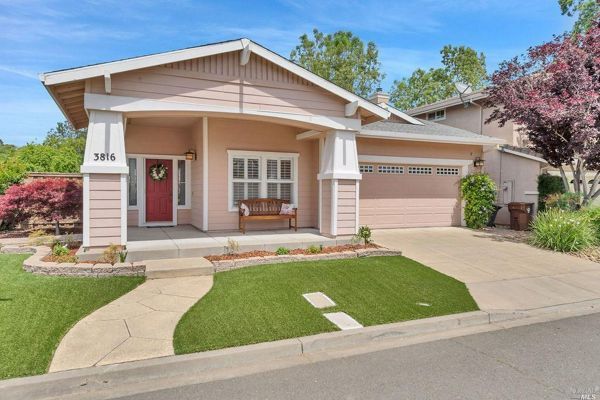 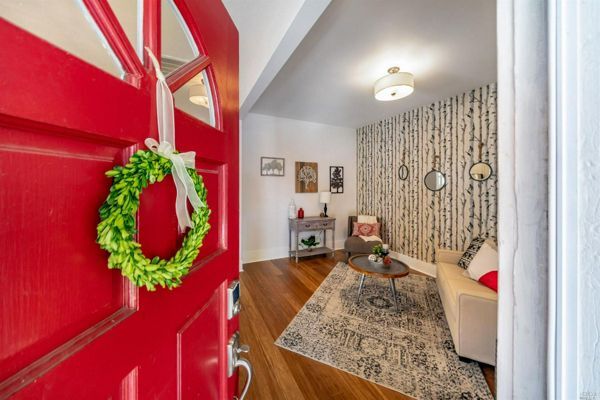 However, the number of homes sold compared to a year ago in June was still down 22%, according to Bay Area Real Estate Information Services, Inc. (BAREIS).

A total of 204 Napa County homes were listed for sale this June, compared to 159 in May, reported BAREIS.

Of those Napa County homes listed this June, 124 were sold, compared to the 81 homes sold in May.

The median sold price of a local home also rose in June. It cost an estimated $725,000 to buy a home in Napa County this June, compared to $705,750 one year ago, according to the California Association of Realtors or CAR.

“There is still so much pent up demand and too little inventory,” said Ted Stumpf, a realtor with Windermere Real Estate and current chair of the Napa Valley chapter of the North Bay Association of Realtors. Napa Valley homes listed at “a halfway decent price and shape,” don’t sit long, he said.

“We’re working harder than we ever have,” said realtor Andrew Paulson with ReMax Gold.

“The house is adorable,” Hadeler said. However, “It’s three doors away from the roundabout; that is it’s drawback.” She believes the buyers is from San Francisco and works from home.

Hadeler said earlier this summer realtors kept hearing about buyers migrating to Napa Valley due to the coronavirus pandemic, “and then all of a sudden in the middle of June, we got hit,” with out of area buyers, “Lots of them.”

The realtor is seeing more offers above asking price, some much higher than asking price.

“Napa buyers are hesitant about making offers way over asking price,” but it’s the norm in the Bay Area, Hadeler said. But, “It is starting to happen here.”

“I’m a fairly new realtor and June was the best month I ever had,” said Fowler.

“I think people were just kind of pent up. They just wanted to get into a new home and honestly the inventory is not that great, so the houses that are available, we have multiple offers for houses that are on the market.”

Fowler has a home that is very close to the current median price that is in contract right now. Located at 3816 Villa Court, it was originally listed about six months ago for $775,000. It sold for $735,000 to a local buyer, he said.

He’s expecting the market to slow down a bit in the coming months.

“I will have some business the rest of the year, but it’s not like my phone is ringing off the hook,” said Fowler. “People are on vacation (or) hunkering down.”

Realtor Paulson has new duplex homes for sale at 2596 First St. (across the street from Andie’s Café on Freeway Drive) for $699,900.

However, as of late July, “We’ve only sold one,” he said.

“I think it’s the lack of outdoor space,” he said. “Everyone that calls wants either space, privacy or a pool: those are the requests.”

Most of those calls are second home inquiries from outside Napa Valley, Paulson said. Such buyers “were thinking about relocating before COVID-19 but now they’re saying ‘We’re moving.’”

Reflecting the uncertainty in market conditions, a monthly Google poll conducted by CAR in early July found that 44 percent of consumers said it is a good time to sell, up from 40 percent a month ago, but down from 49 percent a year ago.

“While the momentum is expected to be sustained as we kick off the third quarter, the resurgence in coronavirus cases remains a concern and may hinder the market recovery in the second half of the year,” Radsick said.

Watch now: take a tour of the temporary museum at Napa’s Horrell House

The wine country real estate market showed signs of both slowing and stabilization during the fourth quarter of 2019.

What pictures of homes selling near Napa County's $867,000 median sold price in August? Here they are.