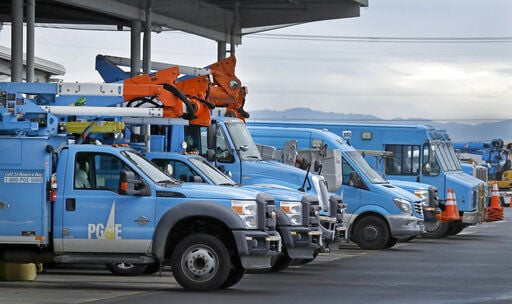 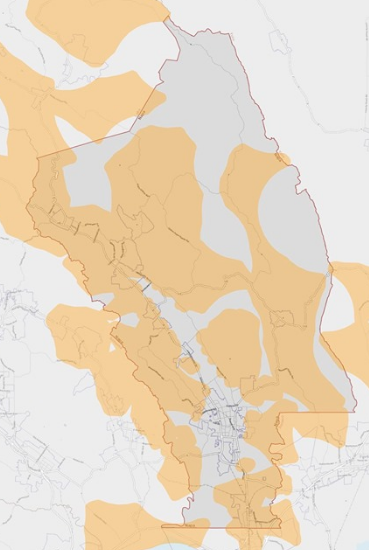 The Register provided free access to this article. Please consider supporting our local journalism by purchasing a subscription.

The utility estimated that 17,878 customers could go dark, including homes in American Canyon, PG&E announced Saturday. American Canyon has previously been spared in similar power shutoffs meant to reduce the risk of wildfire sparked by PG&E equipment during dangerous weather.

Nearly 500 of those Napa County customers have medical needs.

Statewide an additional 90,000 PG&E customers were put on notice, for a total of 940,000 customers across 36 counties that could be affected during “the most serious weather situation that Northern and Central California has experienced in recent memory,” said Michael Lewis, PG&E’s senior vice president of electric operations in the statement.

Gov. Gavin Newsom said during a tour of Napa County that an estimated 2.5 million Californians would lose power in the shutoff.

The latest totals indicate that roughly 54,000 people — nearly 40 percent of Napa County — could go without power until Monday afternoon at the earliest, when the current spell of hot, dry, windy weather is expected to end, according to PG&E.

An approximate map of proposed shutoff areas indicate that nearly all of American Canyon would lose power. It appears that most of Napa should be spared, though outlying areas of the city such as Coombsville, part of East Imola and the westernmost edge of Browns Valley may be affected. To see whether your address could be affected, visit pge.com/eventmaps.

Schools countywide are expected to remain open. Calistoga Elementary, Calistoga Junior-Senior High and Pope Valley Elementary will likely be on generator power, though it’s unclear what will happen at Howell Mountain Elementary.

PG&E notified most customers of possible shutoffs 48 and 24 hours in advance, though some other customers outside of high-risk fire areas may see their lights go dark if utility equipment is damaged during the heavy wind event.

Higher elevations are expected to see wind gusts from 40 to 60 mph, with peak gusts at 70 to 80 mph or higher, Strenfel said.

Napa County’s fire weather watch was converted into a red flag warning Friday afternoon, indicating weather conditions will be conducive to the spread of wildfire from 8 p.m. Saturday to 11 a.m. Monday.

Winds are expected to first form over Napa County by midnight Saturday, then spread south and west into Sunday morning.

“The forecast models put this on par, strength wise, with the 2017 offshore event that resulted in the deadly and devastating North Bay/Wine Country Fires,” the National Weather Service said early Friday morning.

Jesse Duarte contributed to this report.

Some of the strongest winds in 15 years may hit Napa County this weekend, PG&E reports.