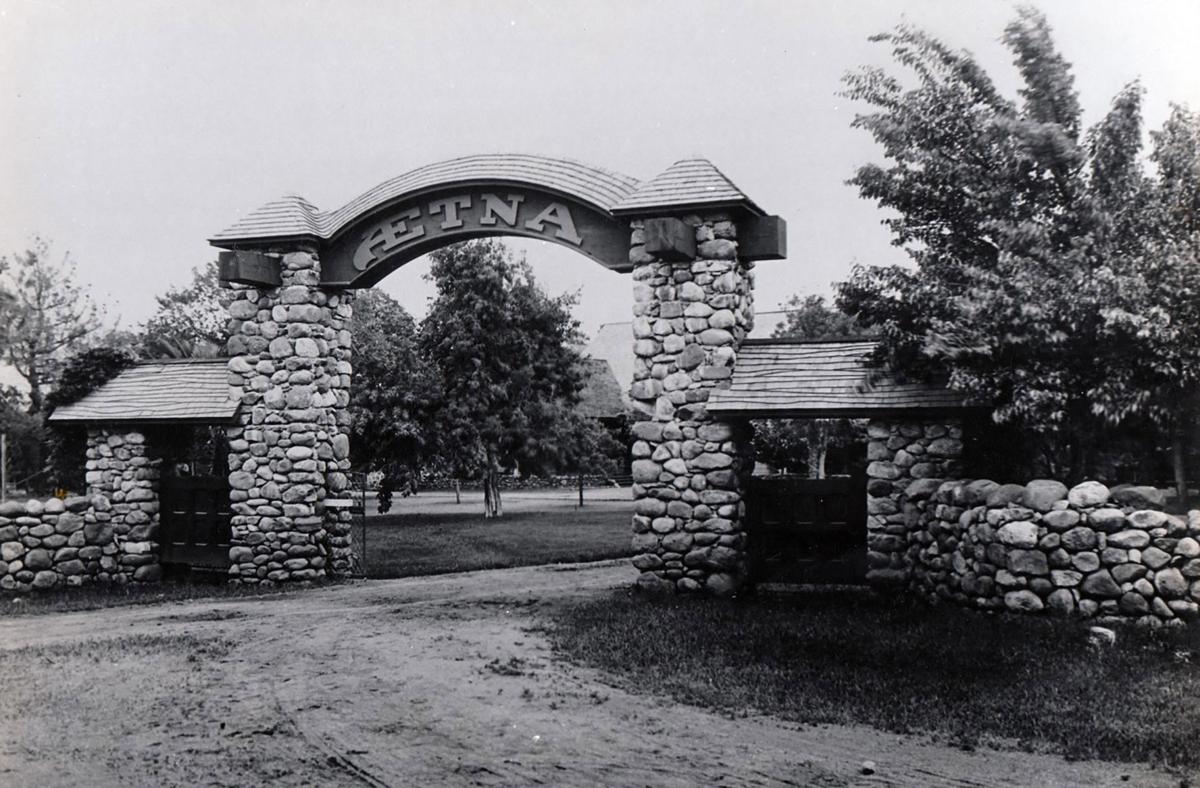 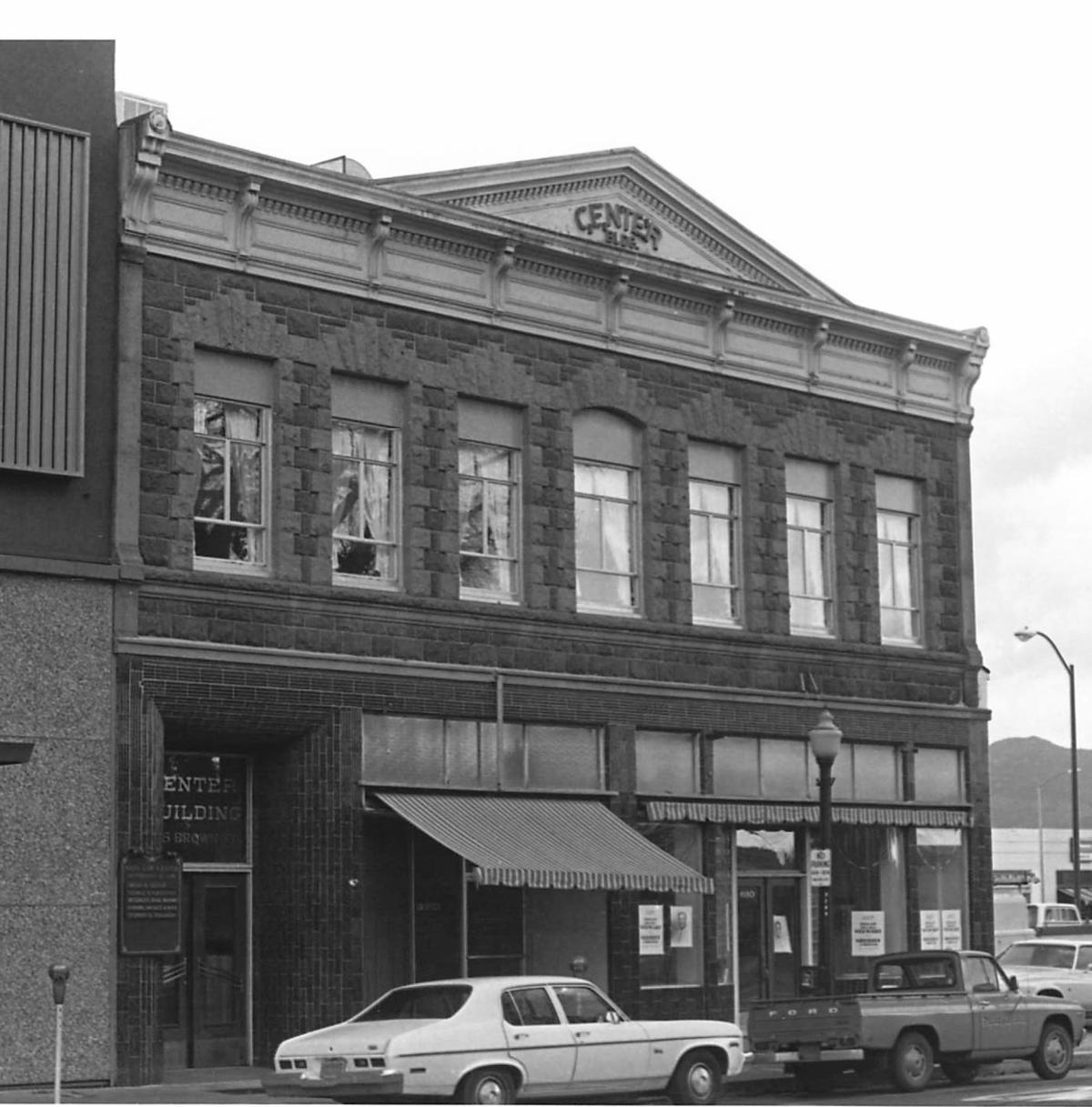 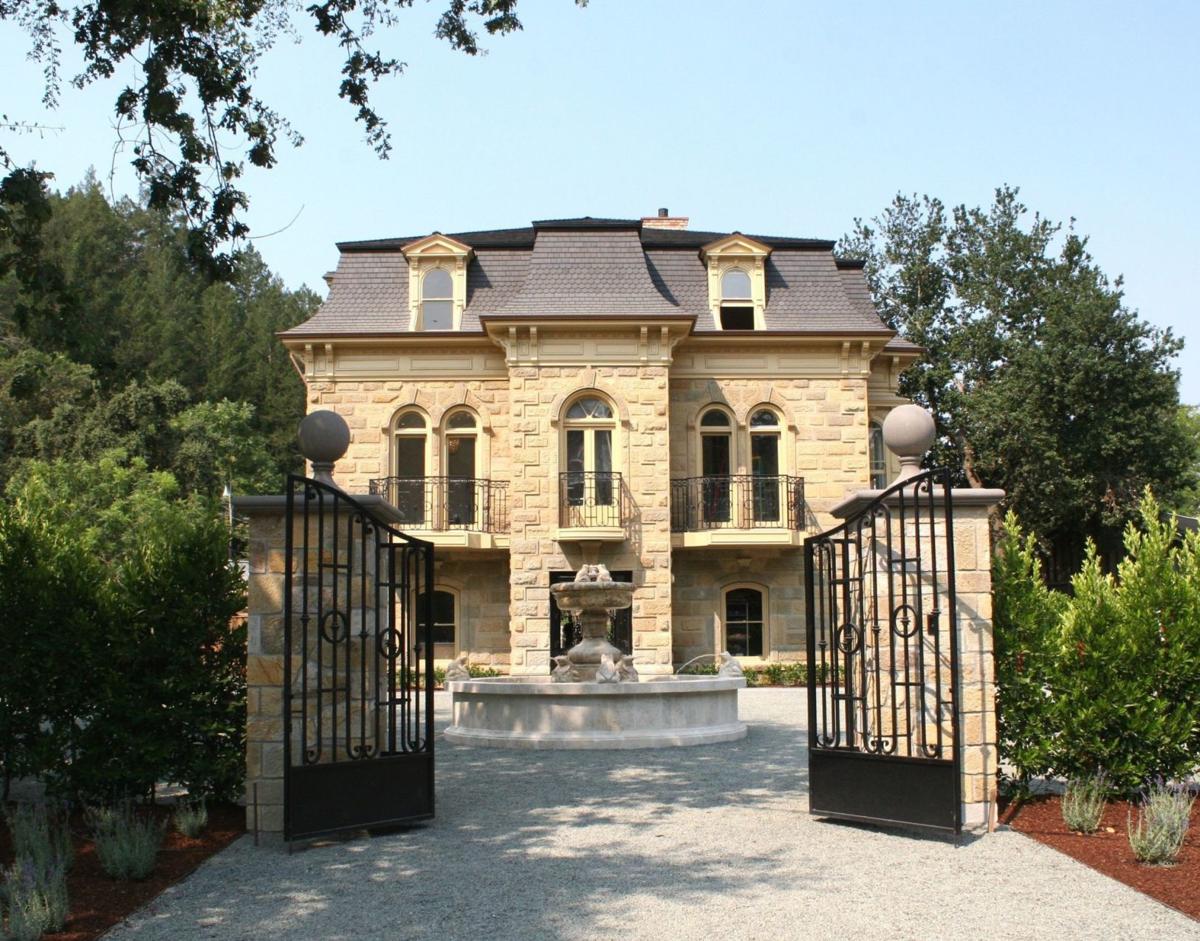 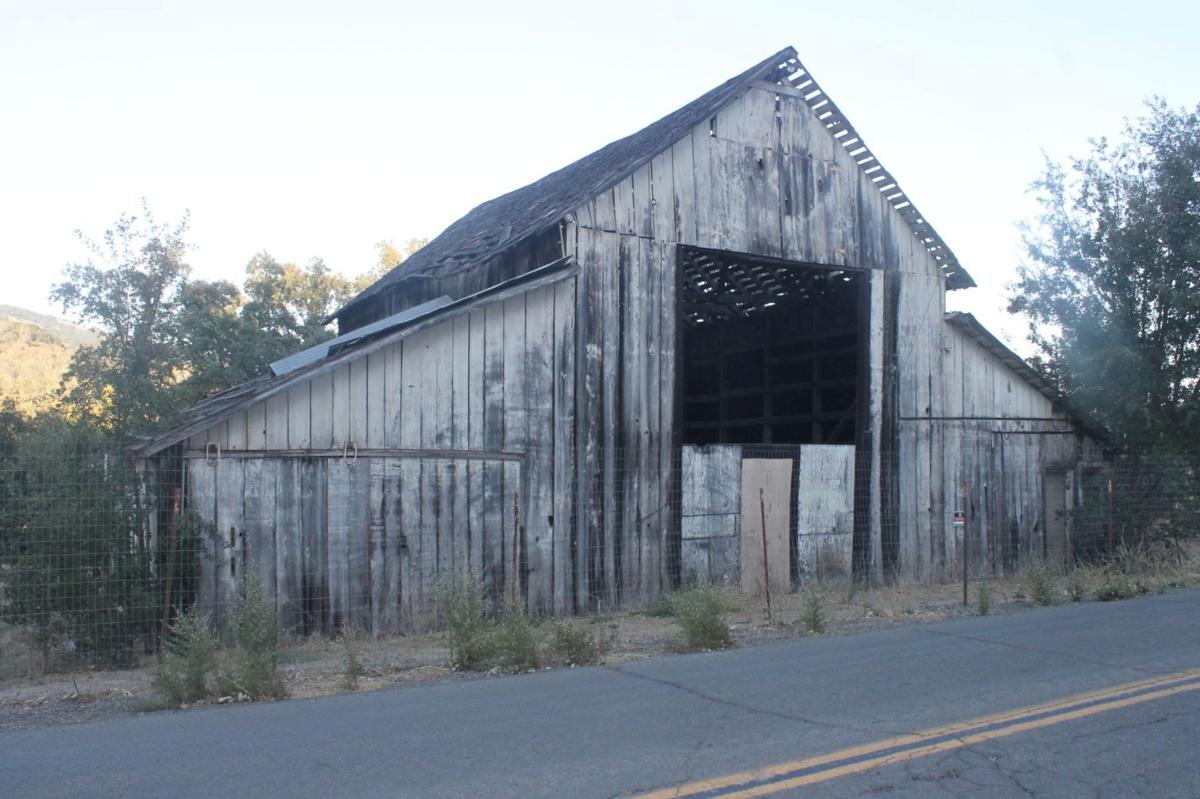 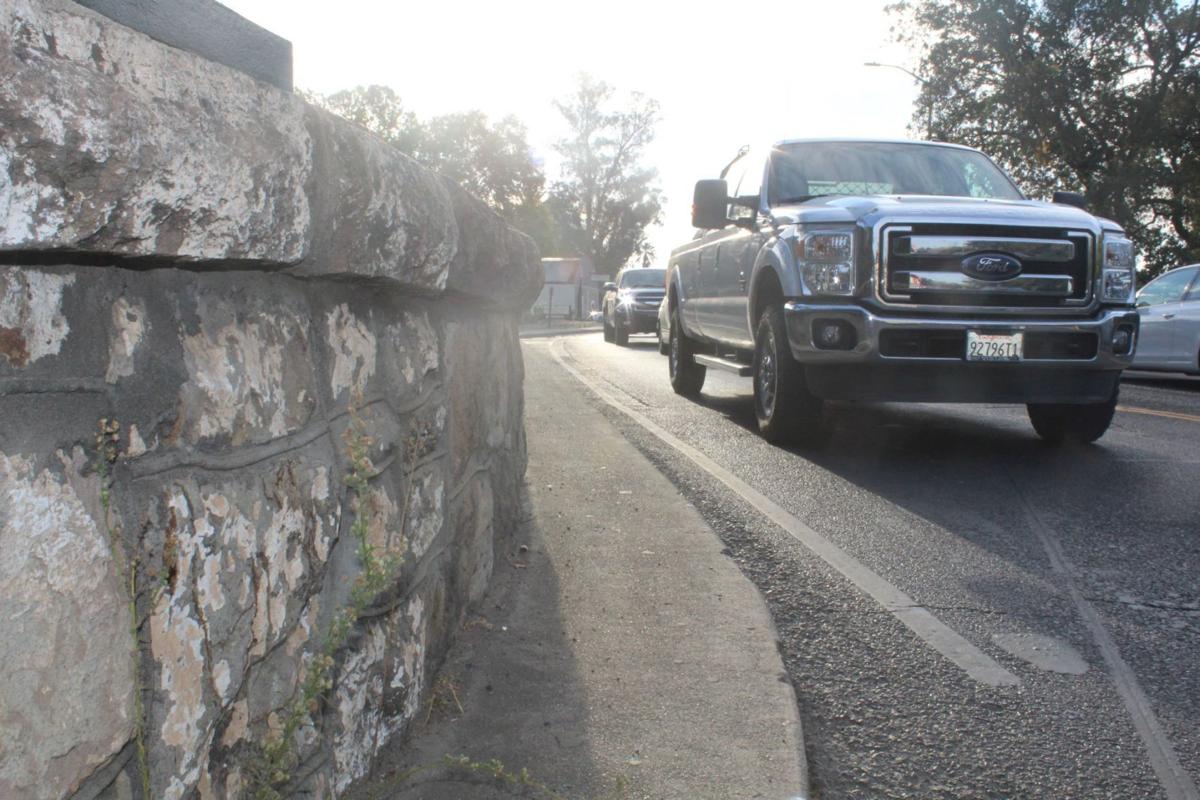 Napa County Landmarks has released its 10 Threatened Treasures of Napa County for 2020.

Our built heritage may be imperiled by “demolition by neglect,” earthquake damage, or an owner’s plans to demolish and redevelop a property, Landmarks said in a news release. May has been designated National Preservation Month by the National Trust for Historic Preservation.

Organizers noted that some properties from earlier lists have been restored by owners to their former glory, including The Old Adobe on Soscol Avenue, the Borreo Building (now Stone Brewery) and the Francis House, aka Calistoga’s “Old Hospital.”

Most of this year’s listings have been carried over from 2019. Here are the Top 10 “plus one”:

1. Napa County’s former Health & Human Services campus on Old Sonoma Road, which is on the National Register of Historic Places historic district. It has three hospital/dormitory buildings constructed in 1912 and 1934 for the county hospital. They were designed by William Corlett, an influential and versatile early Napa architect. The Mission-style buildings are the first known local examples of reinforced concrete construction technology. The “crescent” driveway, present on the site since the 1870s, is historically significant in its own right and retains its original design. This site has been discussed as an ideal location for badly needed workforce and affordable housing.

2. Two Luther Turton residences at the Napa State Hospital. Turton (1862-1925) is probably Napa’s most famous early architect. Among his many notable works were two large (about 10,000 square feet) houses that sit just off on the main driveway leading into the hospital grounds. For years they served as residences for hospital psychiatrists and their families. In more recent years were offices for hospital staff, however, like the former Health and Human Services property on Old Sonoma Road, suffered significant damage in the 2014 earthquake and were deemed unstable and unsafe. There still have been no visible attempts to stabilize them or repair them. This appears to be one of those cases where the owner (the State of California) cannot decide what to do with these buildings.

3. 2232 Oak St., Napa – This is an 1,895-square-foot residence built in 1880 as the Daniel J. Thomas residence, when the neighborhood was rural and had only about a dozen houses. The grand Stick Eastlake style house is suffering from neglect and deferred maintenance.

4. The Center Building, 810 – 814 Brown St., Napa – This is a 19th-century office building (originally the F. Martin Building) is directly across the street from the historic Napa County Courthouse. Owned by local attorney and real estate investor Brian Silver, it suffered serious damage after the 2014 earthquake. Landmarks board members have been told Silver has an architect for a planned rehabilitation, but no apparent progress has been made recently.

5. Aetna Springs, Pope Valley – At one time, this was the summer “playground” for relaxation in the thermal springs, golfing, and socializing. Said to be designed by famed architect Bernard Maybeck, construction began in the 1870s. Active use by visitors waned during the 1960s.There are approximately 32 buildings on over 100 acres. Disuse has led to neglect and decay. Several owners have announced ambitious proposals for rehabilitation and revival of the resort; however, to date nothing along these lines has occurred.

8. Franco-Swiss Winery, Conn Valley Road., St. Helena – This historic, crumbling stone winery is being offered for sale, reportedly in part, because the current owners were unable to bring to fruition a restoration plan. Historical records indicate as early as 1876 “20,000 gallons of red and white wine” was being produced at the Franco-Swiss Winery. To add to this structure’s deteriorating woes, the roof partially caved in a recent winter.

9. Three Silos at the old cement plant, American Canyon – These silos are the centerpiece of the city’s plans to establish a “town center” for American Canyon in a proposed agreement with a developer and the so-called “Watson Ranch” development plan for homes, retail, and other services in this locale. However, these silos suffered damage in the 2014 earthquake.

10. Stone Bridges of St. Helena – Caltrans intends to remove and replace the stone parapets of the York Creek Bridge (south of Beringer Vineyards) and the Sulphur Creek Bridge (near Gott’s Roadside) in St. Helena. Napa was once known as the “County of Stone Bridges,” however these iconic local structures are increasingly rare because they get in the way of road widening and flood control projects. Ironically, stone masonry arches are among the most durable historic building types and can survive for a thousand years. Both of these bridges have served the community well for over a century and can continue if Caltrans leaves them in place. There are irreplaceable parts of the unique cultural heritage of both St Helena and Napa County. We urge Caltrans and St. Helena’s civic leaders to listen to the community and leave these historic bridges and their parapets in place.

If the owners are not successful in all the required steps to gain the ability to re-purpose this old rail station, the building’s future is tenuous at best.

In Napa, the pandemic alters not just life, but death

Grieving - often an inherently social process - has been fundamentally changed by shelter-in-home orders.

City Planners to discuss Calistoga Depot repainting at May 27 meeting

The historic Calistoga Depot is posied to undergo a color change, if approved at the next planning commission meeting May 27.

A place once dominated by sweaty, hard work is to become a place of play in American Canyon.

Save the historic Rutherford Depot

Letters: Delay could mean the loss of an irreplaceable treasure.

For the second year in a row, Calistoga's Francis House is in the running for USA Today's People Choice award for the "Best Historic Hotels in America."