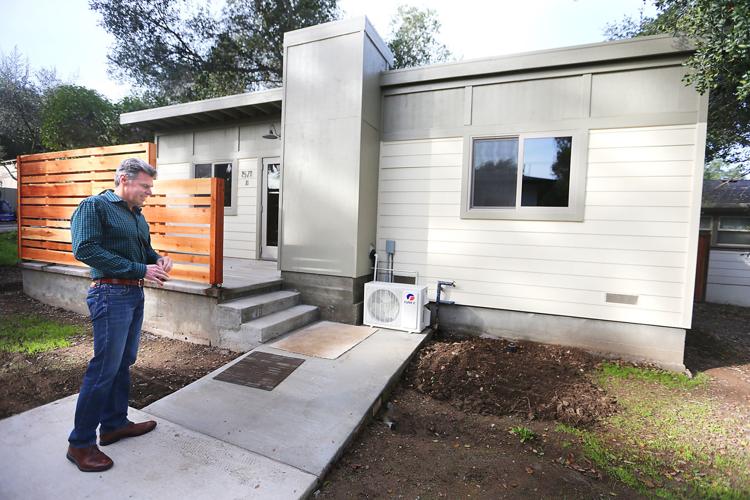 This accessory dwelling unit was built on the Silverado Trail near downtown Napa in 2018. 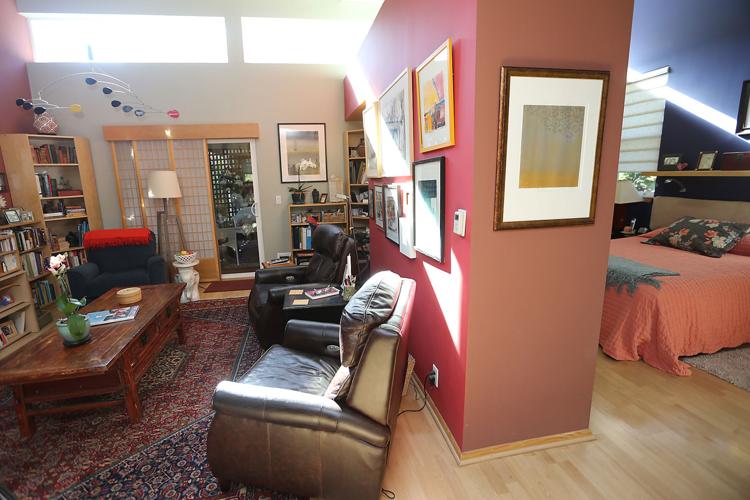 An increasing number of applications for accessory dwelling housing units, such as this dwelling in the city of Napa's Alta Heights neighborhood, are being approved in local jurisdictions around the county.

The county Board of Supervisors on Tuesday adopted the guidelines. Forgivable loans to cover a portion of construction costs will be available to residents in both cities and unincorporated areas.

County officials hope the result will be 65 to 75 accessory dwelling units built to house 145 to 160 people. Fifty homeowners have already expressed interest in the loans.

Board of Supervisors Chairperson Ryan Gregory called this “a really interesting and innovative program.”

“I think this is absolutely needed,” Supervisor Alfredo Pedroza said.

Supervisor Belia Ramos said such units can be “a real steppingstone into what is a really tight housing market.”

Accessory dwelling units are living quarters detached from the main house. They are typically 400 to 1,000 square feet and have their own kitchen and bathroom.

Napa County will offer maximum forgivable loans of up to $45,000 for a studio, $80,000 for a one-bedroom unit and $105,000 for a two-bedroom unit. In addition, the county encourages homeowners to seek $40,000 California Housing Finance Agency grants.

County officials gave some examples of how the program can work for a homeowner who wants to build an accessory dwelling unit:

The impact of short-term rentals in Napa County

Illegal short-term rentals have, in quantity, long outpaced their legal counterparts in Napa County. That's still true, but officials say the number of illegal units is now well below 2019 levels.

The affordability requirement would last five years. Twenty percent of the county loan would be forgiven for each year of compliance, until the total loan is forgiven after five years.

Supervisor Brad Wagenknecht said one thing that scares neighbors about more neighborhood rentals is the prospect of more cars being parked on their streets.

“We have not seen those problems actually erupt in the neighborhoods where ADUs are,” Palmer said. “Yes, I think that is a challenge, though the neighbors have fewer-to-no opportunities to object to an ADU at this point either.”

The county is spending another $1 million on a related program to incentivize the building of market-rate units. It will offer participating homeowners such assistance as a landlord matching program, permit streamlining, feasibility studies, grants for loan fees and help from the Napa Sonoma ADU Center.

Though money from the federal American Rescue Plan Act isn’t directly funding the program, it freed up other county funds to do so, county officials said.

In total, Napa County received $27 million in this COVID-19 relief money. County officials have said the goal is to use it for “transformational” change, with money going to such services as child care.

Homeowners who want to participate in Napa County's ADU loan program can email ADULoans@Countyofnapa.org or call 707-259-8150. Napa County will add them to the interest list, and then get back in touch when the program goes live with application instructions.

Three Accessory Dwelling Units were recently available for people to tour in Napa, at the CrossWalk Community Church. About 500 people showed up to see them through four November events.

The city of St. Helena is rushing to comply with a new state law removing local restrictions on accessory dwelling units.

Russian attacks around the Ukrainian town of Vuhledar

Russian attacks around the Ukrainian town of Vuhledar

This accessory dwelling unit was built on the Silverado Trail near downtown Napa in 2018.

An increasing number of applications for accessory dwelling housing units, such as this dwelling in the city of Napa's Alta Heights neighborhood, are being approved in local jurisdictions around the county.