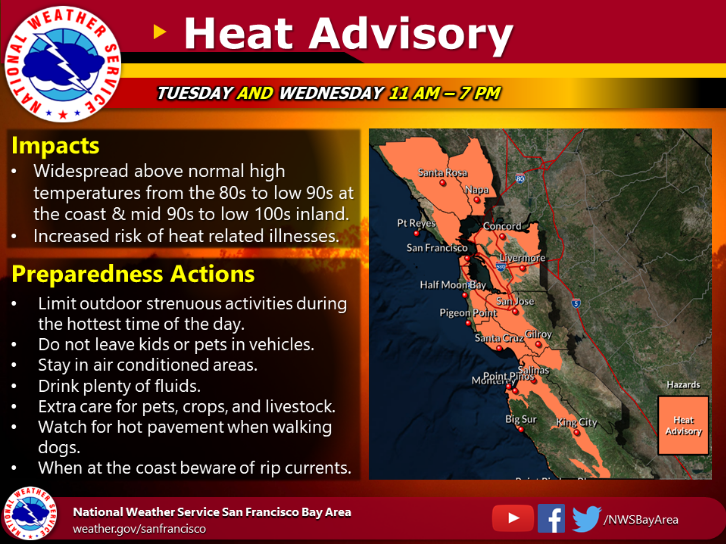 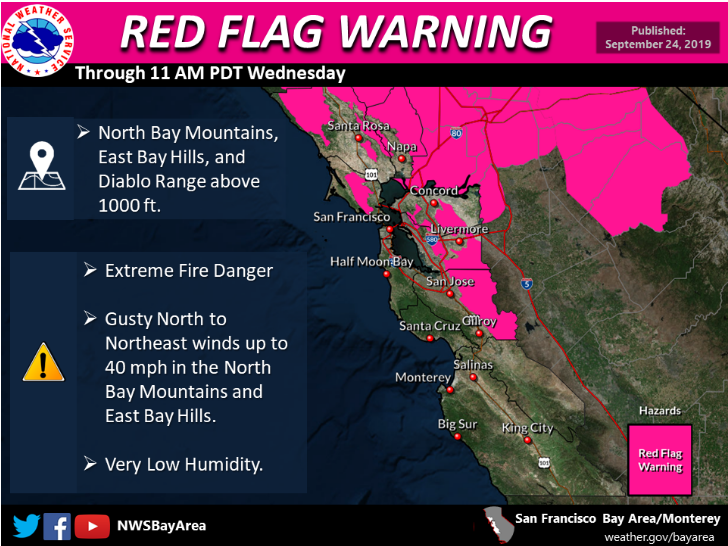 One thousand Pacific Gas and Electric Company customers in Napa County were expected to lose power in the early hours of Wednesday morning, a county official said.

Customers in areas west of Calistoga and in a remote area at the north end of Lake Berryessa were expected to lose power from 2 a.m. to 4 a.m., said Kerry John Whitney, Napa County risk and emergency services manager.

The utility announced in a press release that the concerning weather pattern shifted to later in the evening. PG&E continued to monitor hot, dry and windy weather that it believes could prompt a power shutoff to reduce the risk of utility equipment sparking a wildfire, according to the press release.

Some 10,500 Napa customers were threatened with a safety shutoff Monday, but the utility decided Monday afternoon that one wasn’t needed.

Whitney said in a text message that the county was briefed on Wednesday morning’s shutoff by PG&E in a 5:30 p.m. phone call.

While PG&E has its own meteorologists who help determine whether power should be shut off as a precaution, the National Weather Service forecast hot, dry and windy weather throughout much of the Bay Area.

All of Napa County was placed under a heat advisory from 11 a.m. to 7 p.m. Tuesday and Wednesday, according to the weather service.

Weather is expected to cool off later in the week. And the NWS forecast for Napa predicted a high of 85 degrees in Napa on Thursday and a high near 78 degrees on Friday.

Though Napa County PG&E customers were spared from a power shutoff on Monday, 24,000 customers of Butte, Nevada and Yuba counties in the Sierra foothills lost power, according to a PG&E press release. The utility turned off the power due to concern over dry and windy conditions and had restored some 6,700 customers by 11 a.m. Tuesday.

To see whether your home is at risk of losing power because of the weather, visit: bit.ly/2mvlv0N.