Fear and anxiety spike in virus hot spots across US; 'crisis stage' in El Paso as hospitals fill up 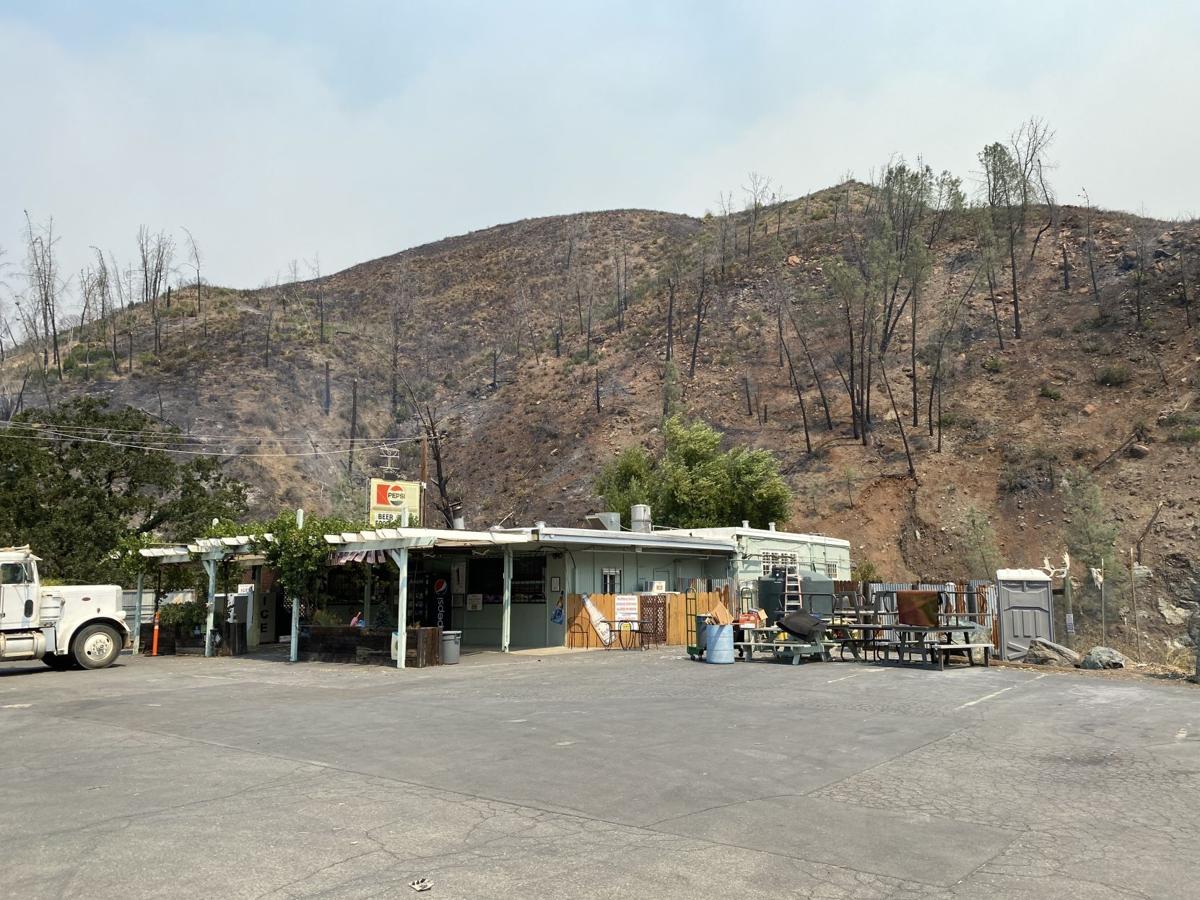 The aftermath of the Hennessey Fire at the Turtle Rock Bar and Cafe. 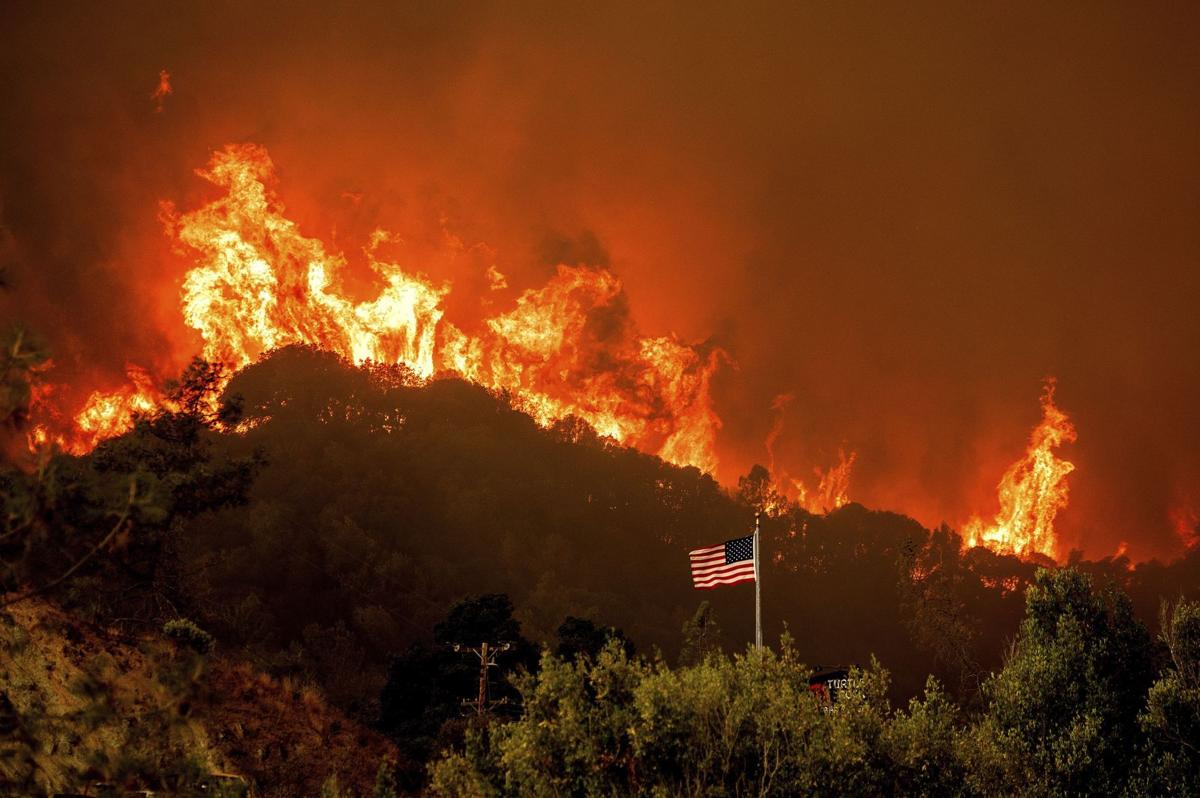 A flag flies at the Turtle Rock Bar and Cafe sign at 2000 Capell Valley Road as flames from the Lake-Napa Unit Lightning Complex fires crest a ridge on Tuesday in Napa County.  The bar and cafe survived the fire and the flag is still flying. 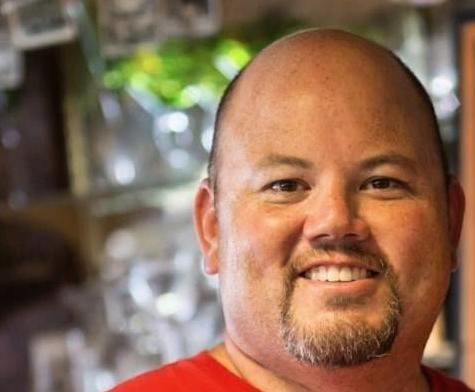 Pete Leung, owner of the Turtle Rock Bar and Cafe. 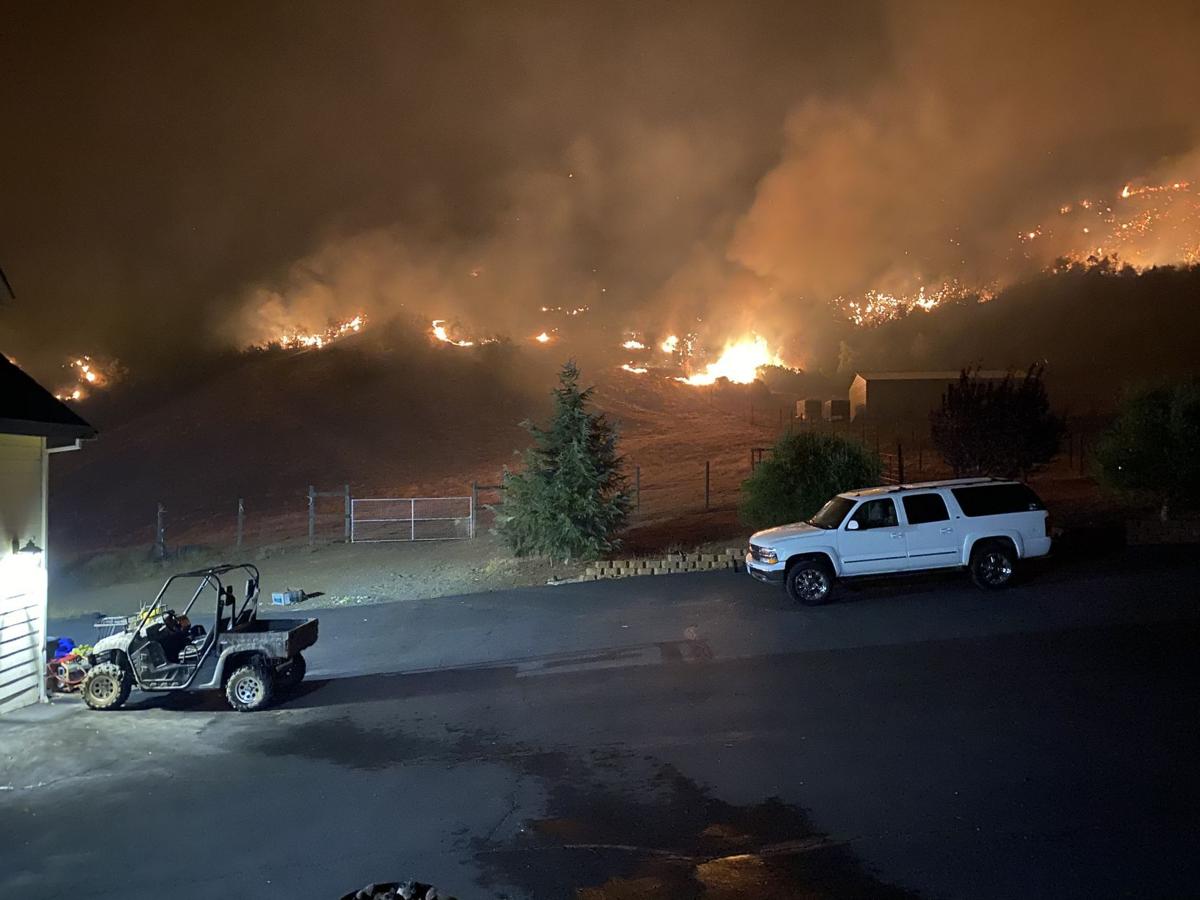 The Hennessey fire threatened Pete Leung's house on Capell Valley Crest, but the home is OK.

As flames spread Tuesday afternoon around the intersection of Highway 128 at Knoxville Road, it didn’t look good for the Turtle Rock Bar and Cafe.

By around 2:30 p.m., the longtime rural hangout was in the cross-hairs of the Hennessey fire.

“It was just us” at that point, recalled Pete Leung, the bar’s owner.

There were no fire crews or helicopters on site yet, and the winds were blowing about 40 mph, said Leung on Wednesday. “The wind and smoke was coming right at us.”

“The Turtle Rock motel (across the street) looked like it was catching on fire,” Leung said. He was very much afraid that if that went up in flames, his bar would be next.

But Leung, 43, was determined to save his family business.

And he had one big advantage: his own 2,600-gallon water tank, pump and fire hoses. The equipment was installed after the 2017 wildfires hit the area, he said.

Friends and neighbors jumped in to help. Then, a strike crew arrived” and they started hammering” away at the fire.

Their job was likely made easier because Leung had also cleared more defensible space around his property, located at 2000 Capell Valley Road.

“It works,” he said about the fire prevention strategy of clearing brush and trees from around buildings and structures. “And it saved us.”

The flames “blew over us,” sparing the bar and motel (which is owned by someone else).

“We made it through,” he said. “We were very fortunate.”

In the moment of the firefight, there’s a lot of anxiety and adrenaline, he said.

There’s no time to think. “We’ve been though it before — three years ago,” he said. “You just do what you gotta do and hope for the best.”

Reached by phone on Wednesday around noon, Leung said he was doing OK. He’d gotten a few hours of sleep starting at around 4:30 a.m.

“We survived another one,” said Leung. “I don’t know how, but we did. Someone is looking out for us.”

When asked about remaining in an area that seems to be prone to wildfires, Leung didn’t hesitate. His family has lived in the area for 40 years. His home — also safe — is just minutes away.

“I don’t think the county would let me replace that building” where it is now, he said. “If that goes, Turtle Rock is gone forever.”

His oldest son, age 11, stayed with Leung to help fight the fire.

“He was pretty frightened,” said Leung, but the experience is valuable. He needs to know what to expect when you live in such an area, said Leung.

Editor’s Note: Because of the public safety implications of the wildfires, we are providing access to this article free of charge. To support local journalism, please visit https://napavalleyregister.com/members/join/ and consider becoming a member.

Napa County Office of Education offers updates about distance learning. School is scheduled to continue as planned this week for most districts.

A "Vacaville-based troubleman passed away while assisting first responders as they dealt with the LNU Complex Fire," Pacific Gas and Electric Co. spokeswoman Brandi Merlo told The Bee in an emailed statement.

California firefighters crowd into base camps every year. Here's how COVID-19 is changing that

This year, firefighters can expect larger, more sprawling camps without food lines and more social distancing and face masks, as the state tries to keep its firefighting workforce safe from the COVID-19 pandemic.

Faced with a mandatory evacuation order, one Hidden Valley Lake man who lost his home in the Valley Fire has decided to stay put.

The aftermath of the Hennessey Fire at the Turtle Rock Bar and Cafe.

A flag flies at the Turtle Rock Bar and Cafe sign at 2000 Capell Valley Road as flames from the Lake-Napa Unit Lightning Complex fires crest a ridge on Tuesday in Napa County.  The bar and cafe survived the fire and the flag is still flying.

Pete Leung, owner of the Turtle Rock Bar and Cafe.

The Hennessey fire threatened Pete Leung's house on Capell Valley Crest, but the home is OK.