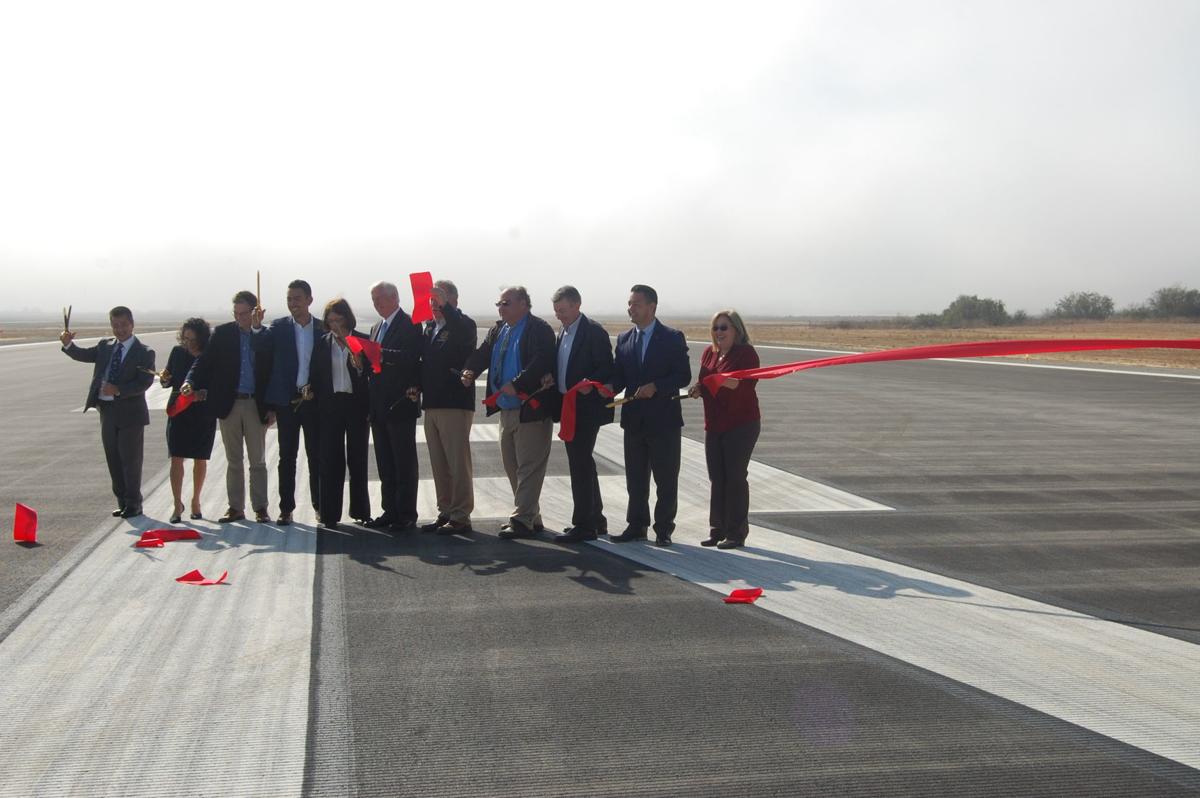 Public officials gathered Thursday on the renovated runway at Napa County Airport to cut a ribbon. 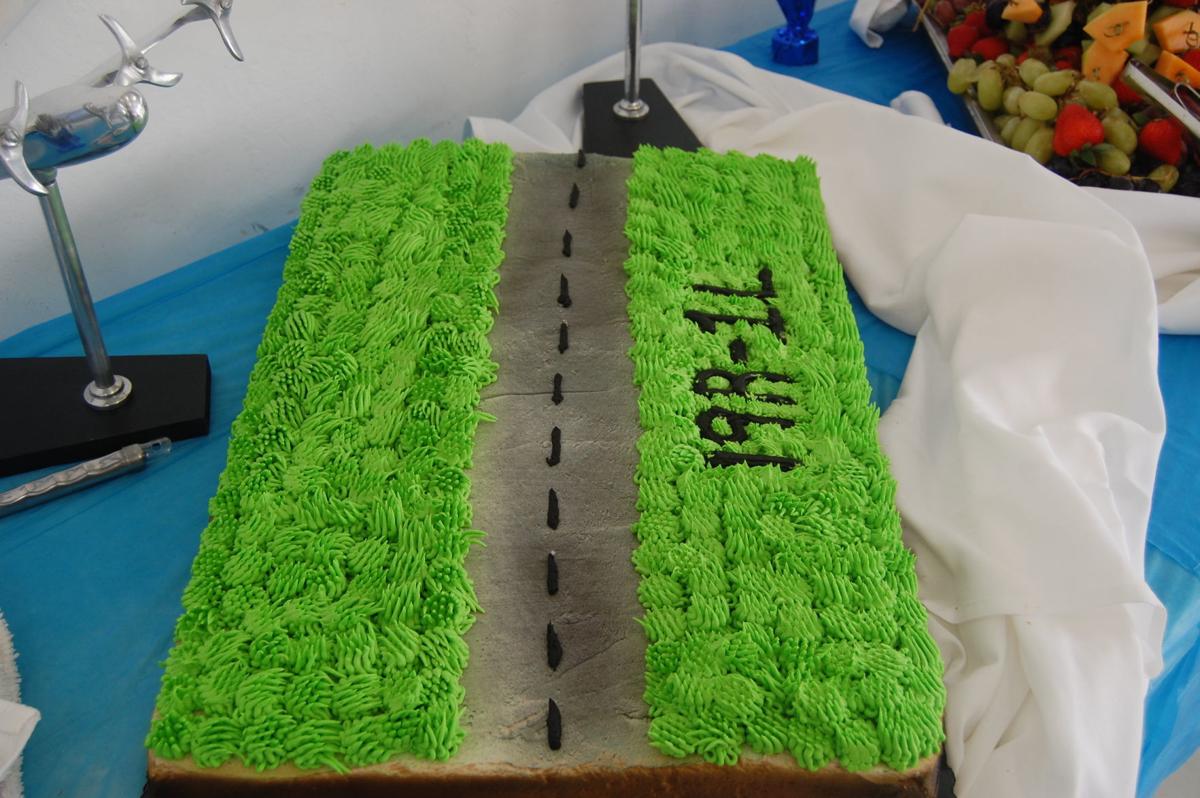 The celebration for the renovation of two runways at Napa County Airport included what Public Works Director Steven Lederer called a "runway cake."

Napa County Airport’s main runway hasn’t been in such pristine condition since World War II, and that proved cause for a celebration Thursday.

The county wants to upgrade the airport it bills as the “Skyport to the Wine Country.” Among the initial steps is doing $16.5 million in runway renovations to provide a better surface for private, charter and other planes.

California Highway Patrol Officer Tom Lipsey was among the 50 or so people gathering in a vast, metal hangar for the runway rehabilitation ceremony. He’s the pilot for a CHP plane based at the airport.

Lipsey said that, while the old main runway wasn’t a hazard, the time had come for a new one.

“It’s smoother,” he said. “It’s cleaner. The markers are a lot brighter. You can see further out.”

Plus, the new main runway has grooves to help plane tires grip the surface during rainstorms.

“We won’t have the water on the runway as much,” Lipsey said.

How much time passed between the creation of the main runway and its renovation? Enough that the runway’s original designation—18R/36L—derived from the magnetic compass reading is no longer accurate.

The U.S. Army created the airport during World War II and in 1943 had concrete up to a foot thick poured for two runways. In fact, Lederer said, the concrete work more than seven decades ago began on Nov. 7, the same date as Thursday’s ceremony.

Napa County took over the airport after the war.

The old, main runway materials are still serving Napa County Airport. Workers cracked the concrete and used it as the base for the new, asphalt surface.

The third, crosswind runway – which like the main runway dates to World War II—could be renovated in five to seven years, he said. Its 76-year-old concrete surface has had less wear-and-tear than the old main runway surface.

“This is your tax dollars that went to fix your airport, the community airport,” Thompson said.

Then the dignitaries got in a Vine bus and rode out to the main runway as the airport stopped flights on that particular runway. They cut a red ribbon as they stood on the vast expanse of new asphalt that stretched toward the marshes and wetlands in the distance.

Although the airport is owned by Napa County, no county general fund money went into the $16.7 million renovation. The federal government paid $15 million and the rest came from the airport’s own, self-sustaining enterprise fund.

Napa County wants to further improve the airport. The Board of Supervisors in September voted to seek a second fixed-base operator to expand aviation services, doing such things as building another terminal and more hangars.

County officials have also talked about working with the existing fixed base operator, Lynx FBO Network, to renovate airport facilities. 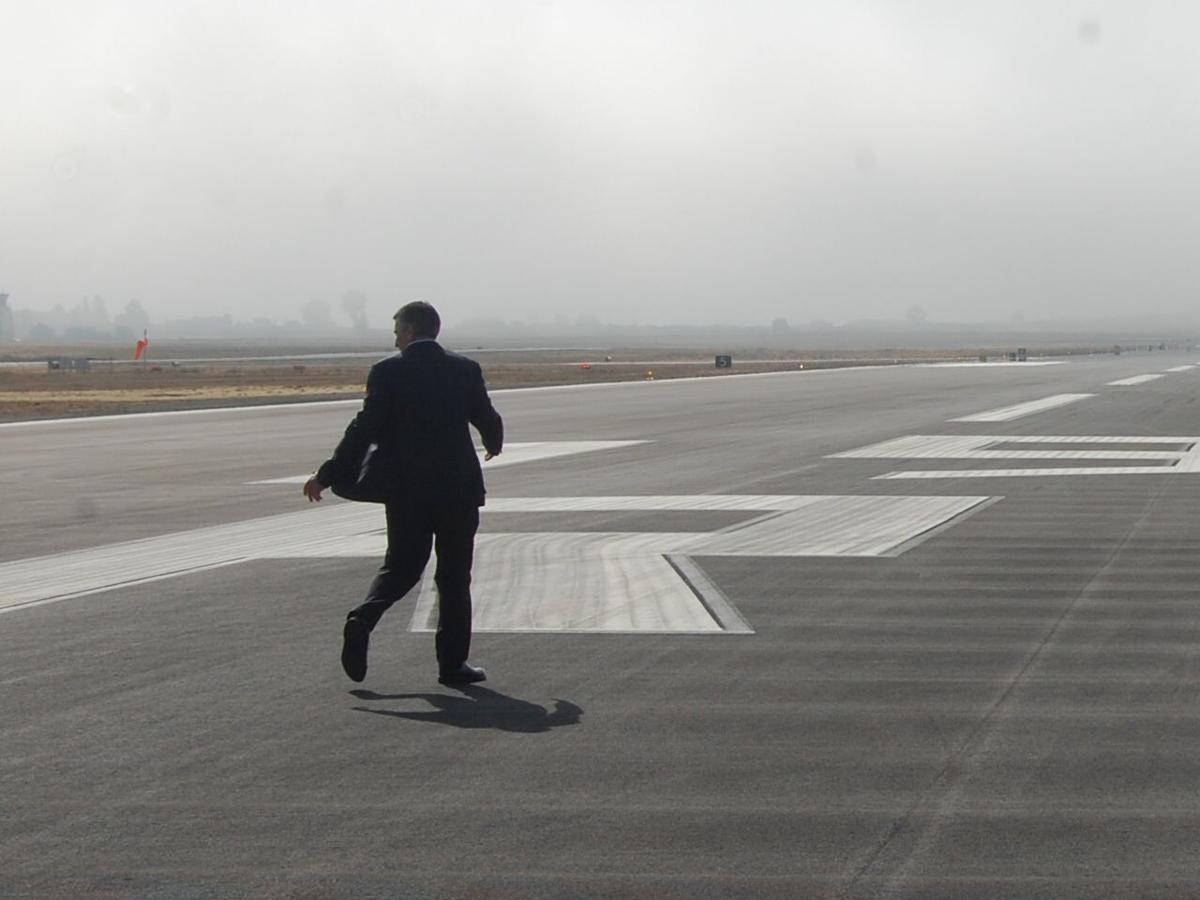 Public officials gathered Thursday on the renovated runway at Napa County Airport to cut a ribbon.

The celebration for the renovation of two runways at Napa County Airport included what Public Works Director Steven Lederer called a "runway cake."