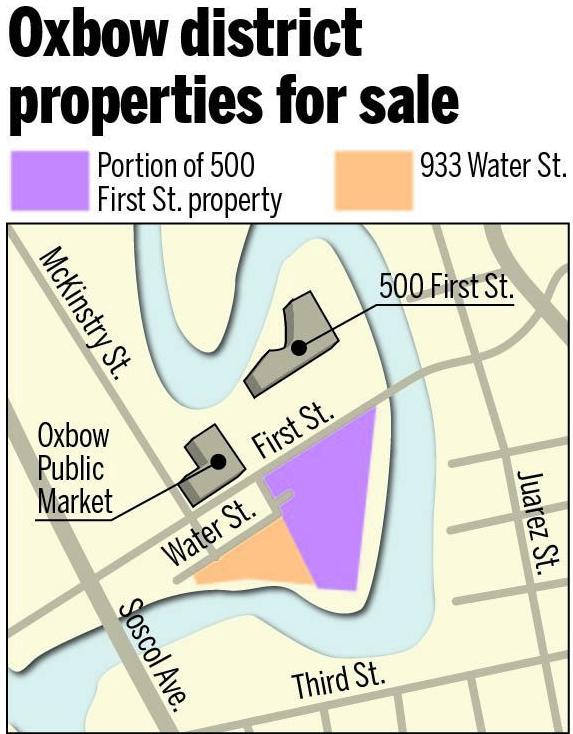 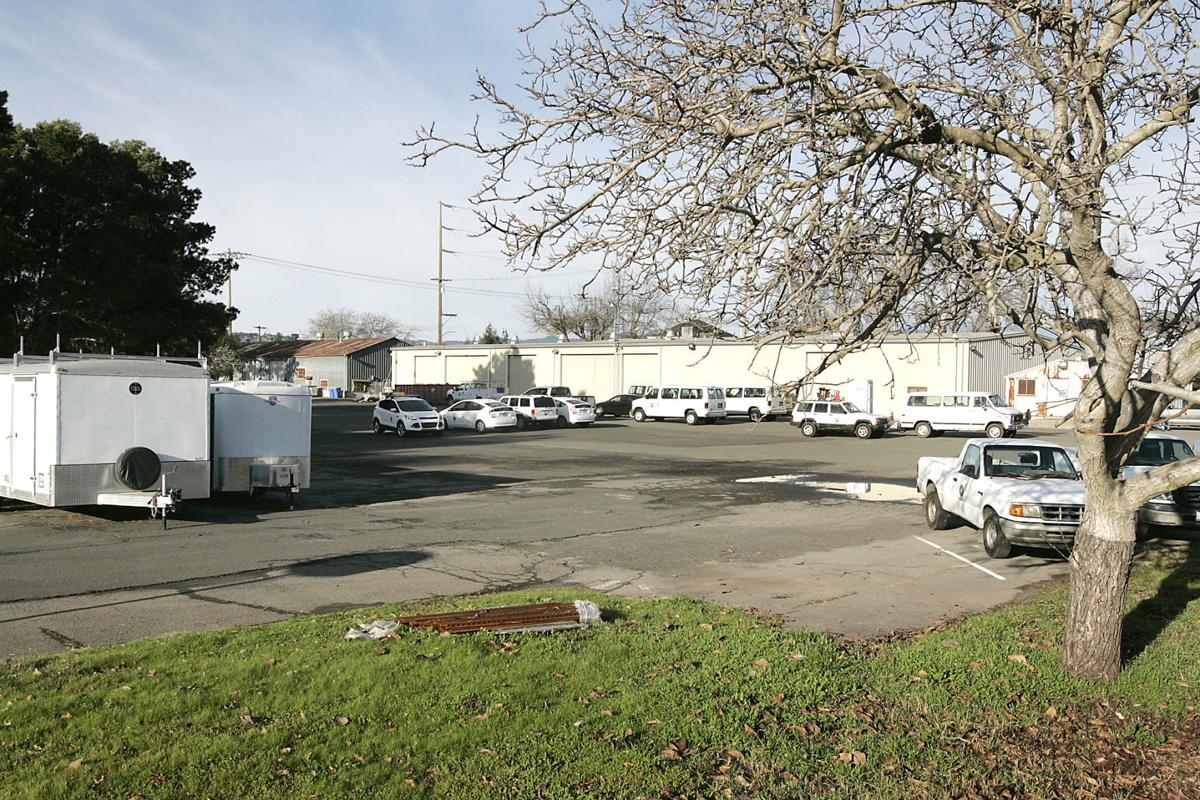 This county-owned parcel near Copia’s south parking lot and along the Napa River was declared surplus in January. Now a developer wants to buy it and the adjacent riverfront parcel formerly used by Copia for parking.

Napa County plans to sell a key property along the Napa River in the Oxbow district to a San Diego-based developer already involved with such local projects as redeveloping the former Napa Valley Register site.

The county Board of Supervisors on Tuesday agreed to sell a 2.2-acre corporation yard site at 933 Water St. to RBMC Advisors, LLC for $4.4 million. It directed county staff to negotiate and execute the needed documents and agreements to clinch the deal.

But the planned project goes beyond the Water Street site. The buyer also has an agreement to purchase the adjacent south Copia property from ACA Financial Guaranty Corp., creating a 7-acre development area.

Townhouses, stacked flats, commercial space on the scale of the nearby Oxbow Public Market and a parking structure are targeted for the sites. So is a landscaped Napa River promenade with park benches, sculptures and vintage streetlights, according to bid papers filed with the county.

“The river has been closed off to the public for a long time,” said Barry McComic of RBMC Advisors on Thursday. “It is our intention to open it up and let the people enjoy the river.”

But one issue must be settled during the due diligence period for the Napa County property. McComic is looking at soil conditions on the site in part because of alluvial deposits from the river that can amplify shaking during earthquakes.

It’s just the latest, possible project in the city of Napa for the McComics and their various companies.

“We have been studying Napa for two years,” McComic said.

Pressure from the Bay Area is causing a great need for housing and related commercial development, he said. People can buy the same square footage in Napa for 60 percent, sometimes even half, of the price elsewhere in the region.

Meanwhile, McComic said, the Napa City Council has indicated it wants more housing because of a severe housing shortage and because housing prices are creeping up.

“The economics plus the political environment tend to play a big part in our decision to establish a platform here in this part of the state,” McComic said.

McComic has more planning work to do for the Oxbow sites. He intends to have focus groups in the adjacent neighborhood and talk with downtown business community members.

“I do not want to run in there and just make a decision in a vacuum about what should go on that property,” he said.

He also wants to talk with such neighboring Oxbow district endeavors such as CIA at Copia and the Oxbow Public Market about working together.

“That area needs to function almost as a planned unit,” McComic said.

“It’s really going to be up to them to tell us how long we can stay,” county Housing and Intergovernmental Affairs Director Larry Florin said.

Meanwhile, if the deal goes through, Napa County will have $4.4 million going into its coffers.

Board of Supervisors Chairman Alfredo Pedroza said the Board would have to decide what to do with the money. He noted saving money to build a new jail is a priority.

The county is looking at selling other properties to raise money for the jail. Among them is the 1.1-acre parking lot bounded by Randolph, Third, Fourth and Coombs streets near the county’s downtown administration building.

When the county might declare such properties as surplus and put them on the market could depend on a variety of factors, including timing.

“We also have to think like a business,” Pedroza said. “This is taxpayers’ money. We want to sell at the right time to maximize our profits.”

Napa County received two bids for the Water Street property, but only the RBMC Advisors bid was considered responsive to the request for proposals, a county report said. An appraisal done by the county placed the property’s worth at $4.3 million.

Believing that downtown Napa has a bright future, a San Diego-based developer is doubling down on projects that ring the city’s tourist center.

This county-owned parcel near Copia’s south parking lot and along the Napa River was declared surplus in January. Now a developer wants to buy it and the adjacent riverfront parcel formerly used by Copia for parking.