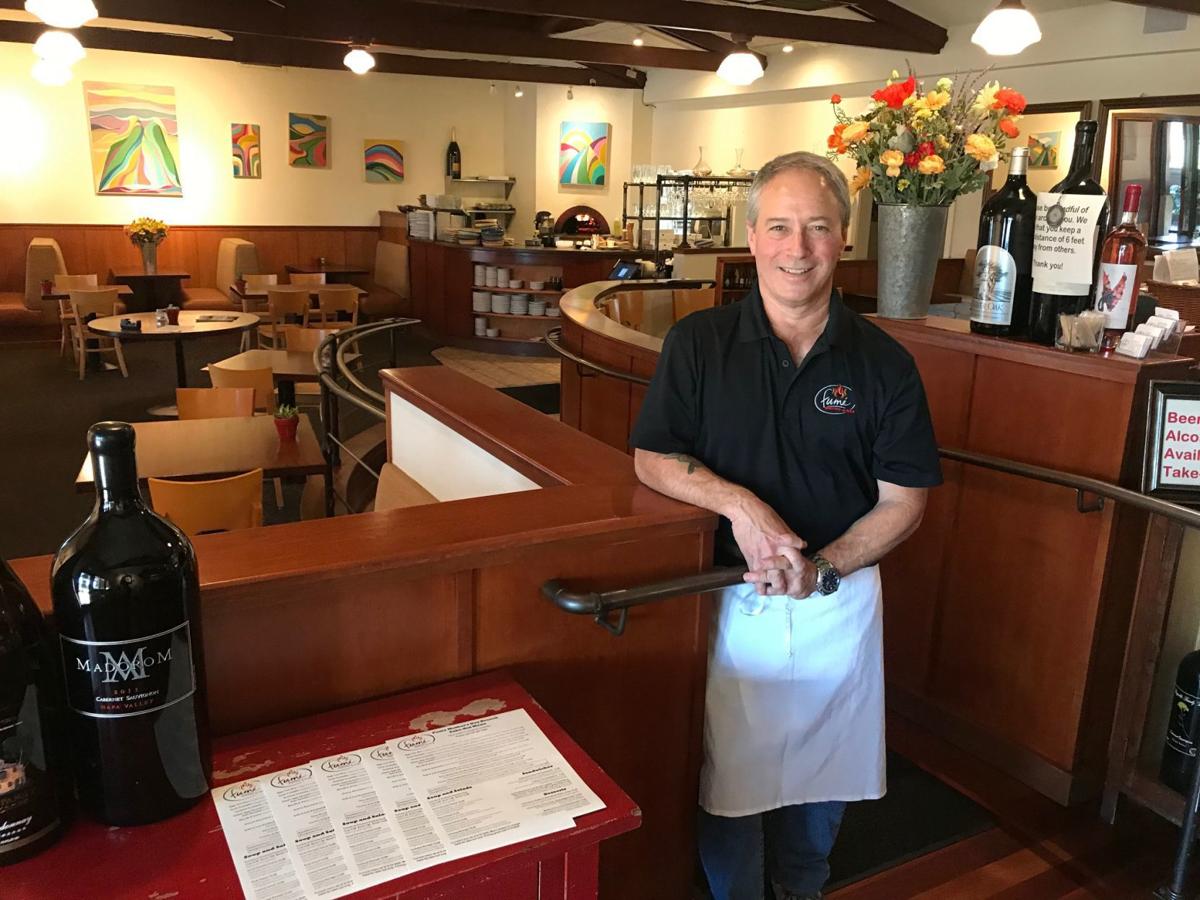 Terry Letson is co-owner of Fumé Bistro & Bar in Napa. After two nights of on-site dining, Letson said the county pressured him to stop such service. 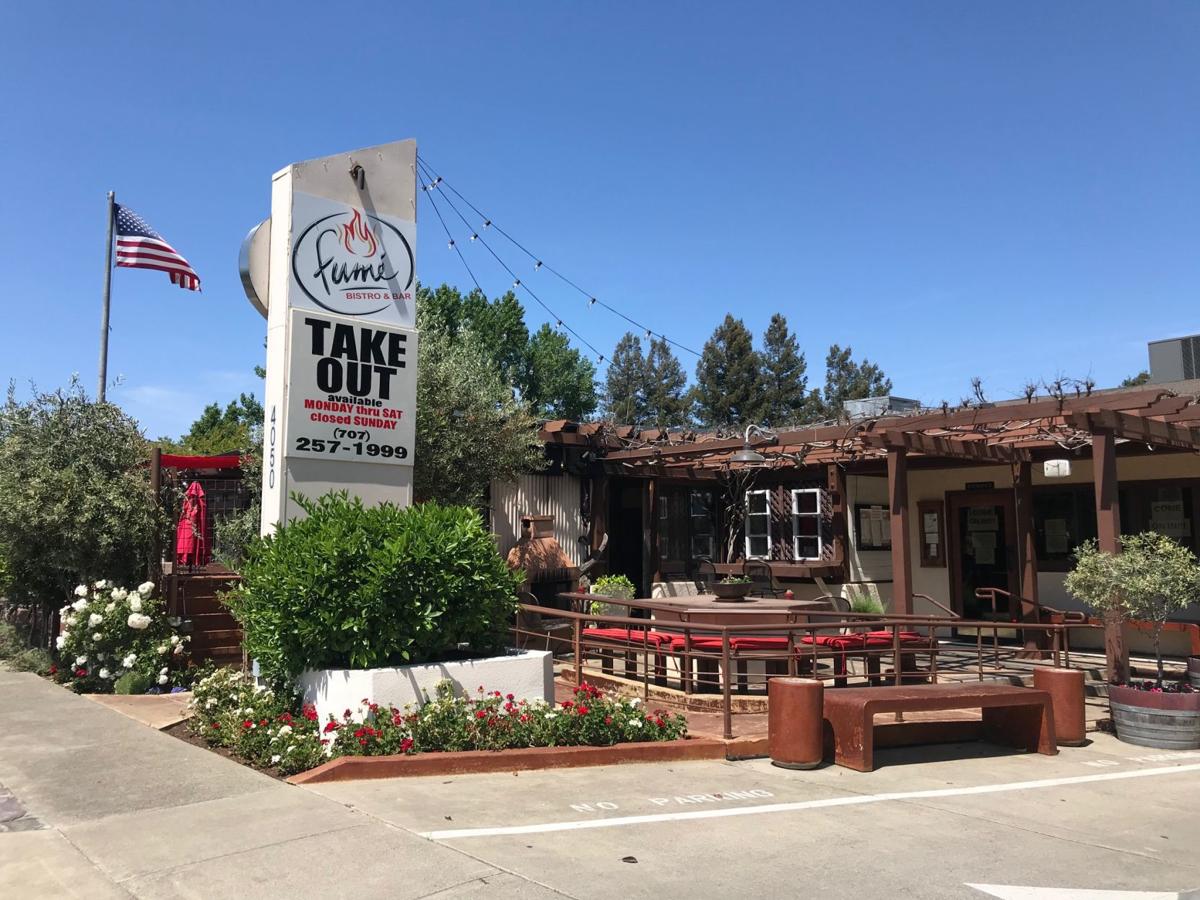 Fumé Bistro & Bar in Napa made headlines this past week when it openly defied the county and state orders requiring the suspension of dine-in services.

“The county exerted some extreme pressure for us to stop,” Terry Letson, Fumé co-owner, said on Thursday afternoon.

On Monday, Letson said that he had no choice but to reopen for dine-in services.

“We’re all suffering,” Letson said at the time, adding that take-out isn’t enough to sustain his restaurant and employees.

“If we don’t keep our restaurant full, we go out of business,” he said. By using the proper precautions, he said he he could safely serve his customers.

This past Monday and Tuesday nights, the restaurant served approximately 60 meals, compared to about 150 on a normal night, said Letson.

Regardless, his employees “were so excited to be working,” he said.

Letson was happy as well. “This is great,” he recalled thinking.

By Wednesday afternoon it was over.

Letson would not elaborate on what the county said or did to ensure his compliance with the order. A Los Angeles Times story noted that restaurants that reopened their dining rooms prematurely ran the risk of losing their liquor licenses. However, Letson said that’s not what caused him to close in-person dining.

“The bottom line is (the county was) able to stop us,” said Letson. “We still do our take-out. But that’s not going to pay the bills.”

Napa County did not return a request for a comment on Thursday afternoon.

Letson’s decision to reopen was announced at the same time the Quent Cordair Fine Art gallery also decided to reopen in Napa. The art gallery business owners also argued against her gallery, classified by the county as a non-essential businesses, could operate safely, allowing no more than six customers at a time.

The open-shut status of Quent Cordair could not be confirmed Thursday afternoon.

This week’s news of Fumé’s rogue reopening made headlines across the state. The restaurant was featured in a series of stories from other newspapers including the Los Angeles Times, the San Francisco Chronicle and Press Democrat in Santa Rosa.

“We’ve been patient,” said Letson on Monday. However, “we don’t feel that Napa County (COVID-19) statistics warrant a closure.”

Letson said to ensure safe dining at Fumé, he removed half of the dining tables and added new safety measures including taking the temperatures of employees and using paper napkins.

The business is open only for dinner.

“We’re taking a lot of precautions to be safe,” he said then. “But if people aren’t comfortable yet, they are more than welcome to stay home.”

Letson was asked on Monday if he was worried about catching the attention from city or county authorities.

“Of course I am,” he said at the time. “But that doesn’t outweigh how I feel about reopening the business.”

Editor’s note: Because of the health implications of the COVID-19 virus, this article is being made available free to subscribers and non-subscribers alike. If you’d like to join us in supporting the mission of local journalism, please visit napavalleyregister.com/members/join/

Napa County has opened up free COVID-19 testing to all who live or work in the county.

Art is essential – Quent Cordair Gallery is not

Letters: We are all suffering under this “new normal.”

I will remember who followed the rules

Letters: I hope my fellow Napans do the same.

The California Department of Public Health gave comprehensive instructions for how dentists and their staff should resume operating, saying they "are in the very high-risk category for exposure" to the virus.

Napa County supervisors will discuss more potential business reopenings, such as sit-down restaurants at a special meeting on Thursday.

Terry Letson is co-owner of Fumé Bistro & Bar in Napa. After two nights of on-site dining, Letson said the county pressured him to stop such service.

Fumé Bistro & Bar in Napa made headlines this past week when it openly defied the county and state orders requiring the suspension of dine-in services.